The original version of the Adirondack chair looked pretty different from the one we know today. The earlier version was called the Westport Chair after Westport, New York, the town where it was designed. 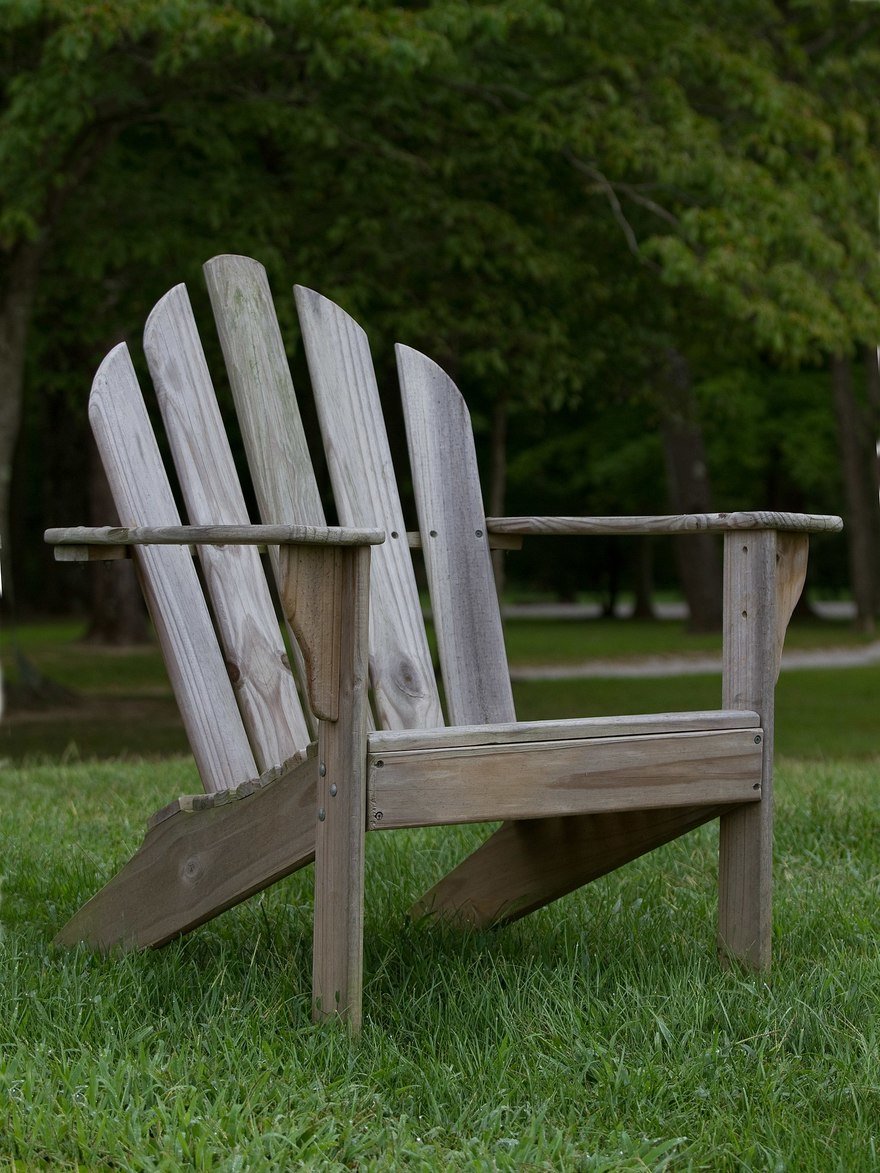 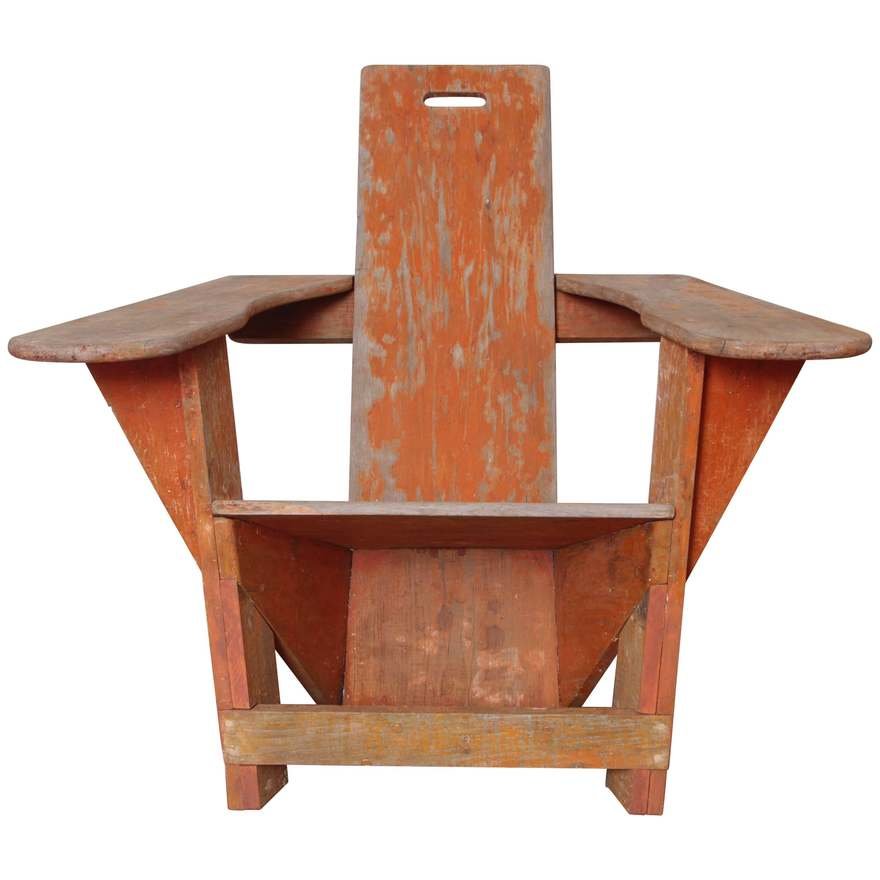 The first Westport Chair was designed by Thomas Lee, a non-designer and Harvard graduate who dropped out of law school. Born into a wealthy Masschusetts family, Lee didn't need to generate income, and enjoyed spending time at his family's summer home in Westport, New York. An outdoorsman at heart, Lee spent 1900 to 1903 trying to perfect an outdoor chair for the Westport retreat, testing it out with various family members before settling on the design you see here. 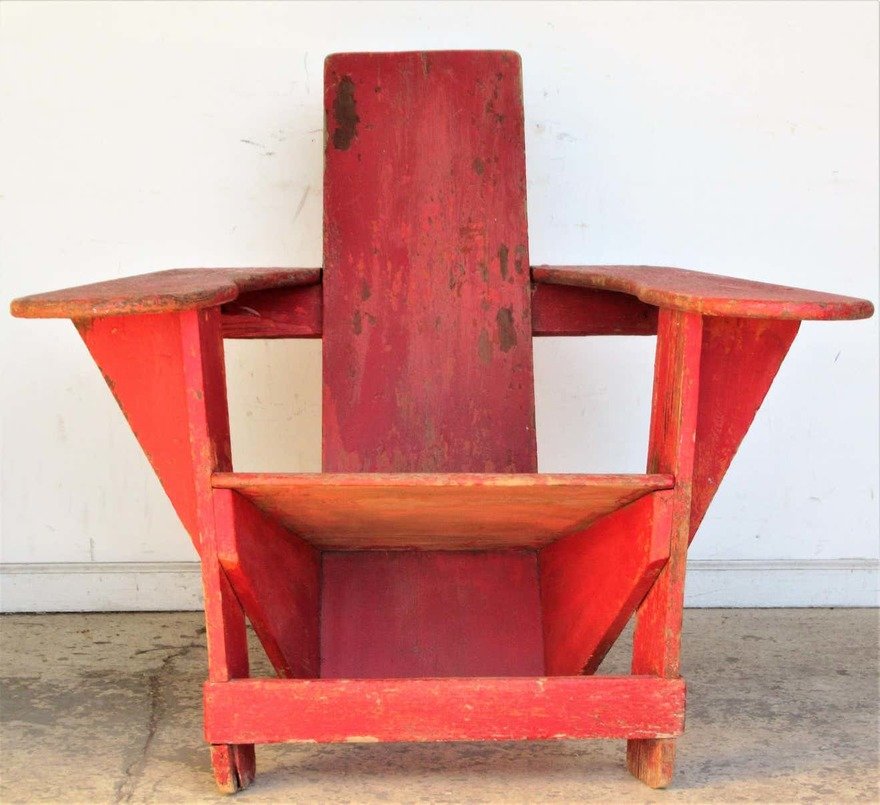 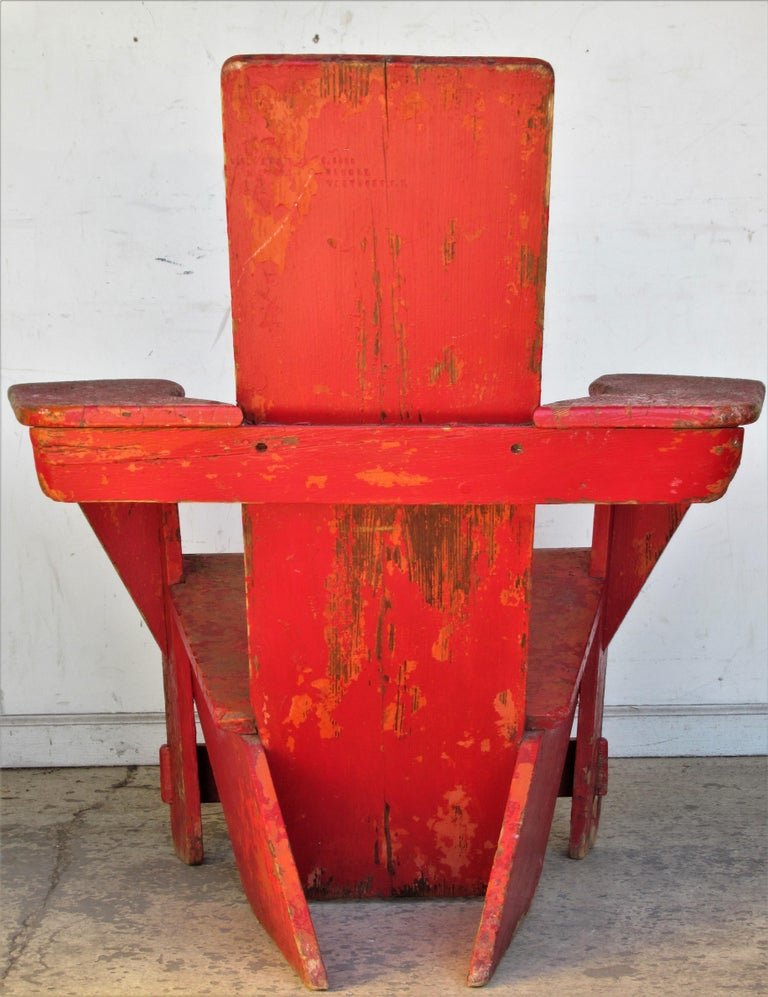 When local carpenter and friend Harry Bunnell looked like he was going to run out of work, Lee gave him the design, encouraging him to make and sell the chair. Bunnell did just that, and patented the design in 1905; while this was apparently fine with the charitable Lee—who "had no interest in manufacturing," according to Bruce Ware, Lee's great-great-nephew--the arrangement "caused bitterness in some of the descendants," according to upstate New York newspaper The Sun, who tracked down Ware to get the chair's origin story. 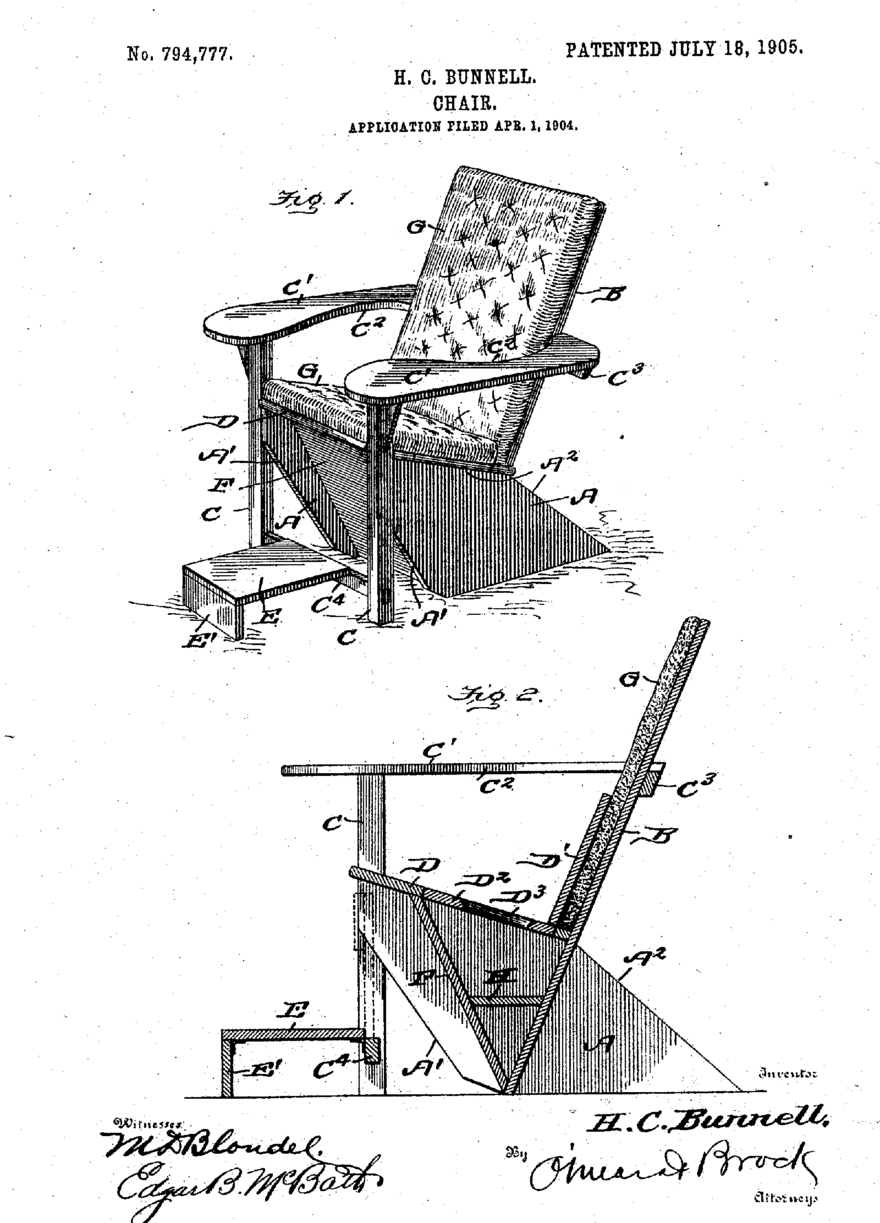 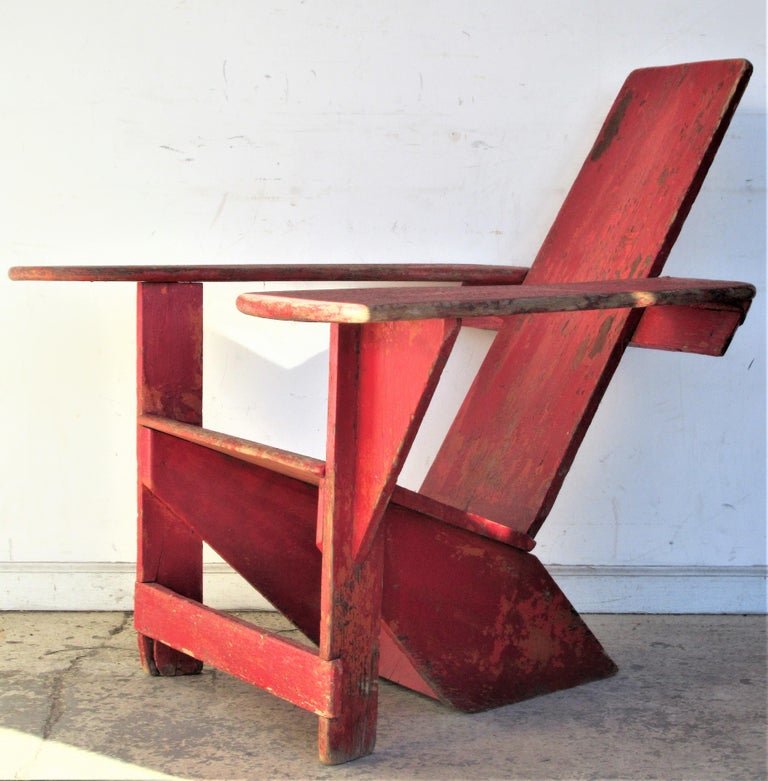 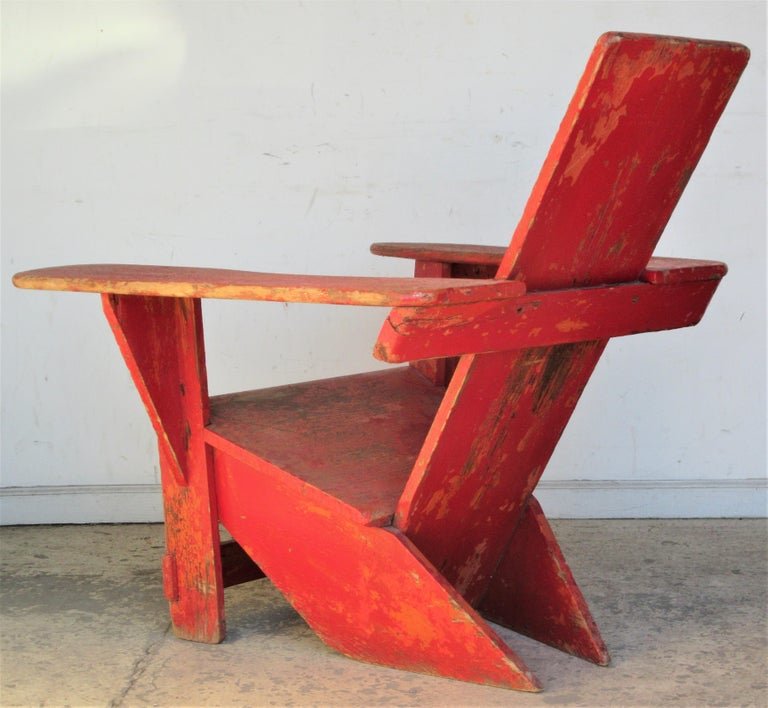 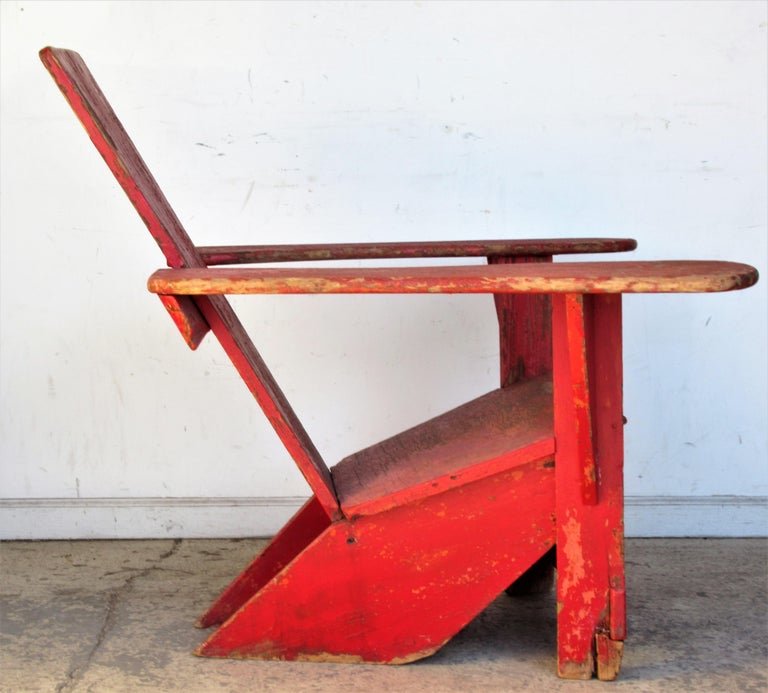 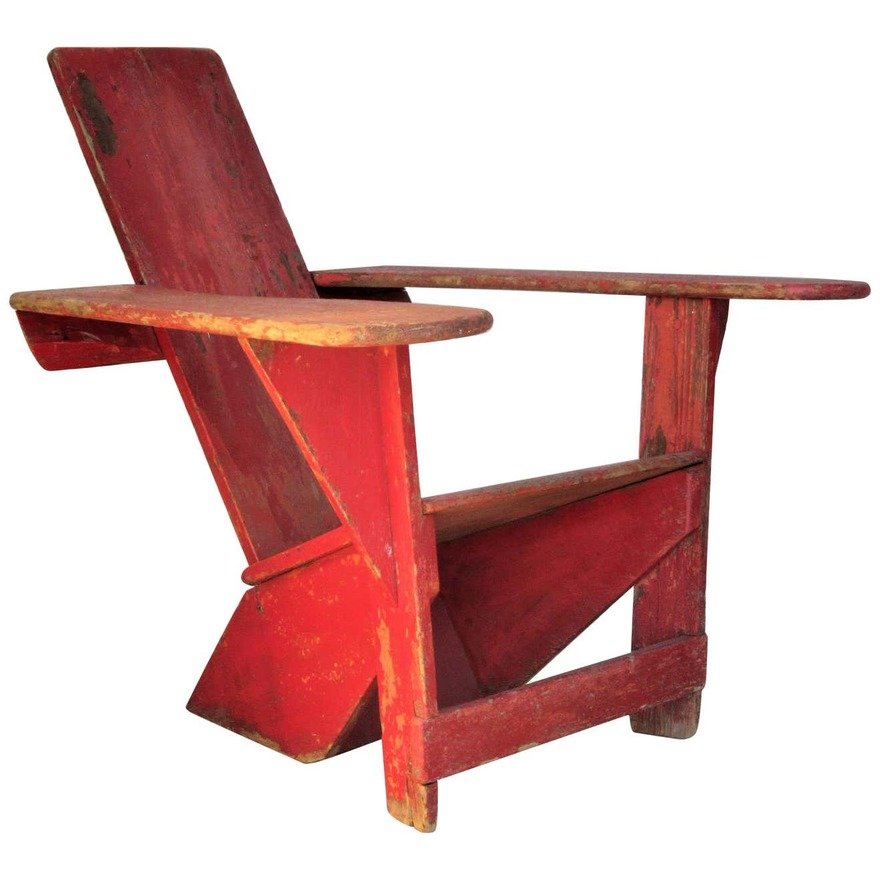 While the chairs sold well, over the years deforestation made it harder to find the wide, knot-free hemlock boards the chair's back and seat were made from. By 1938, New Jersey inventor Irving Wolpin patented a version of the design made from narrower, more readily-available boards. The chair's overall form was streamlined, and a contoured profile was added to the seat's front. 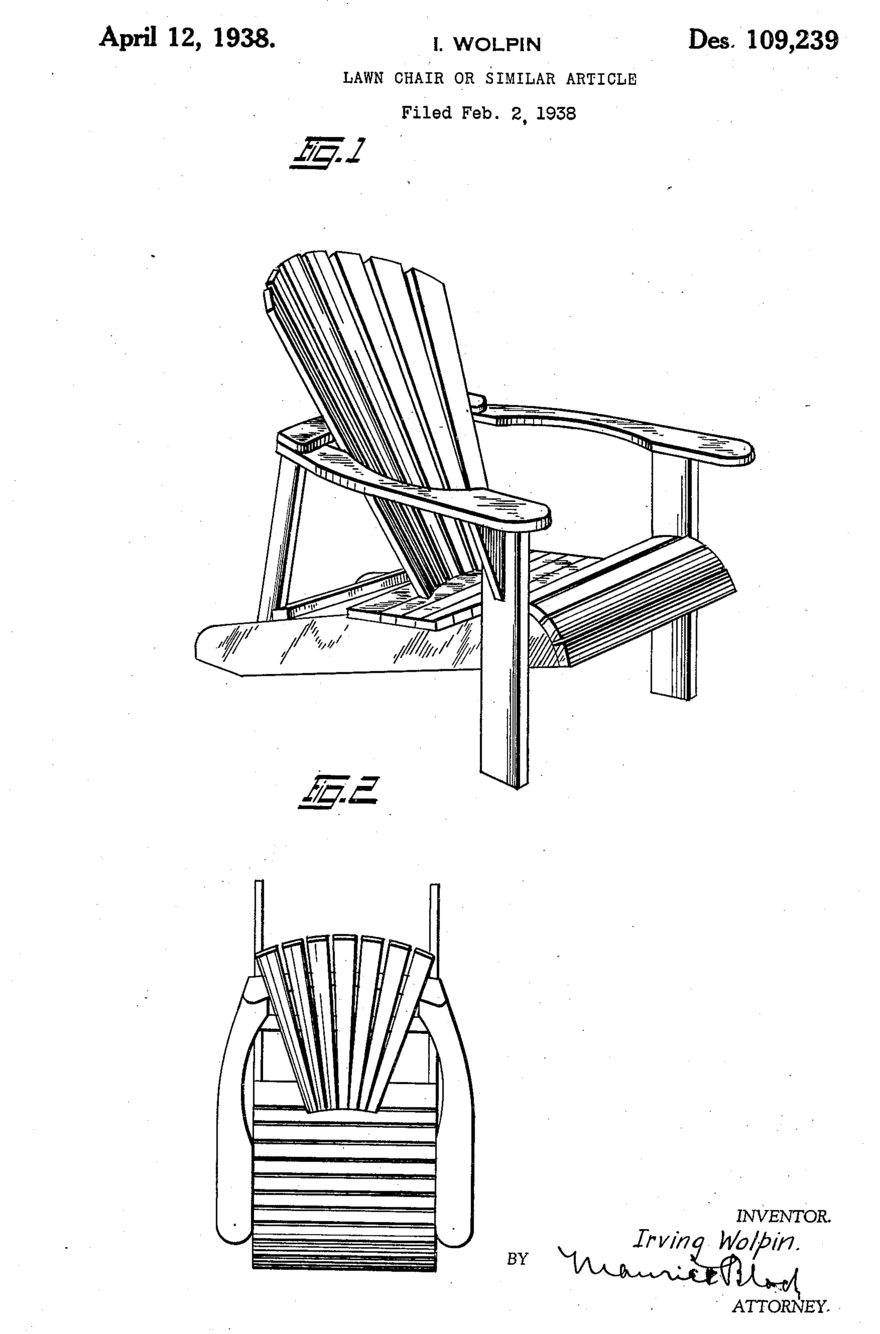 It's not clear how this design came to be called the Adirondack chair, but this is the version that, being more manufacturable, gained true mass popularity (minus that contour on the seat front, which many have done away with). As far as I can tell, the patent has lapsed—Wolpin's 1938 patent has "Term of patent 7 years" written on it—and numerous companies today make chairs they freely call Adirondack chairs. There are even versions made from recycled plastic, which is a much better materials choice from a durability and maintenance standpoint. 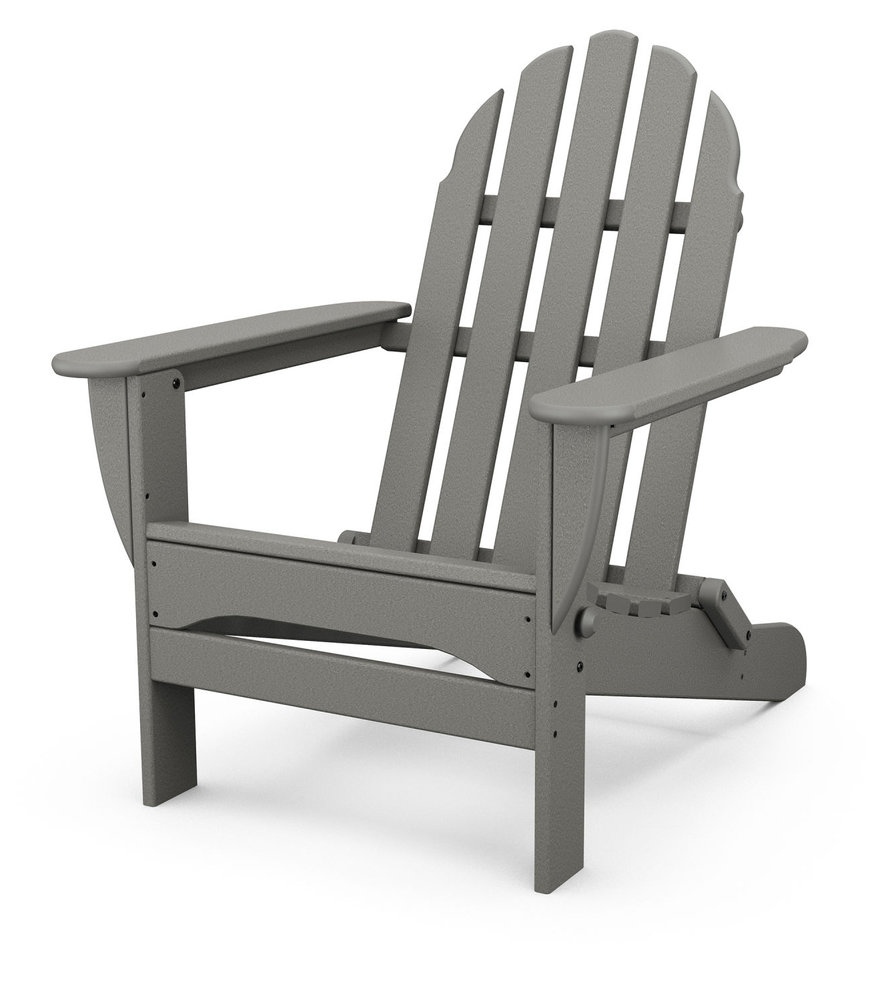 However, if you still want to buy a wood Westport chair—and don't want to pay the $6,000 - $8,500 the originals are going for on antiques sites—New-York-based Dartbrook Rustic Goods sells their take on the Westport Chair for $345. 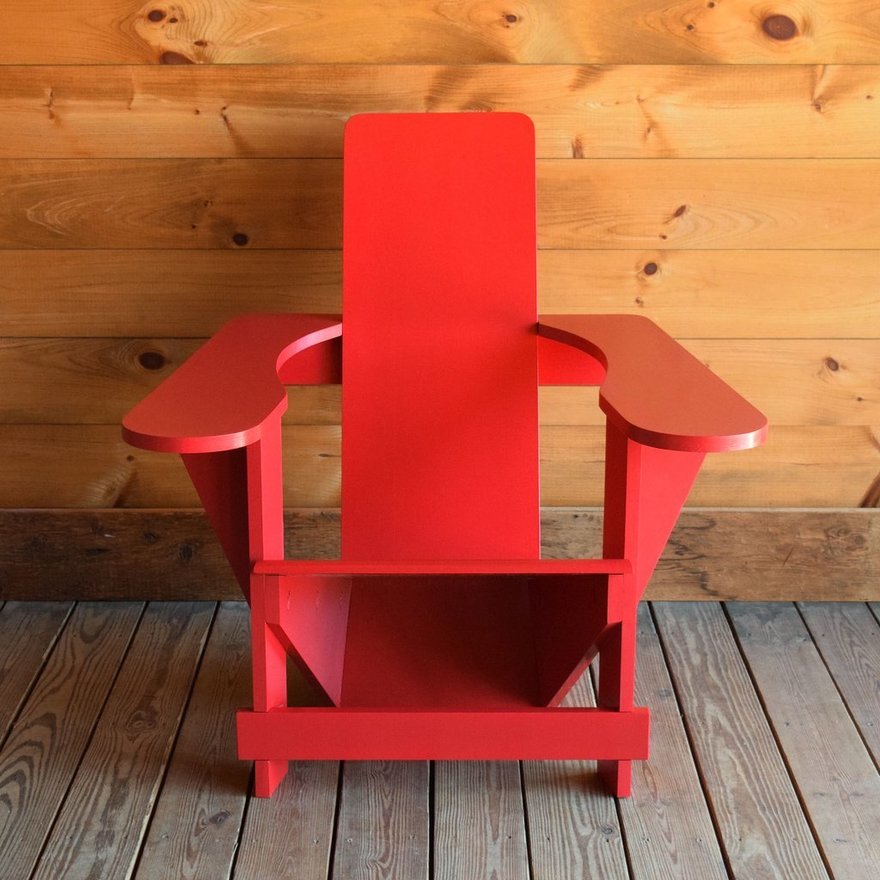 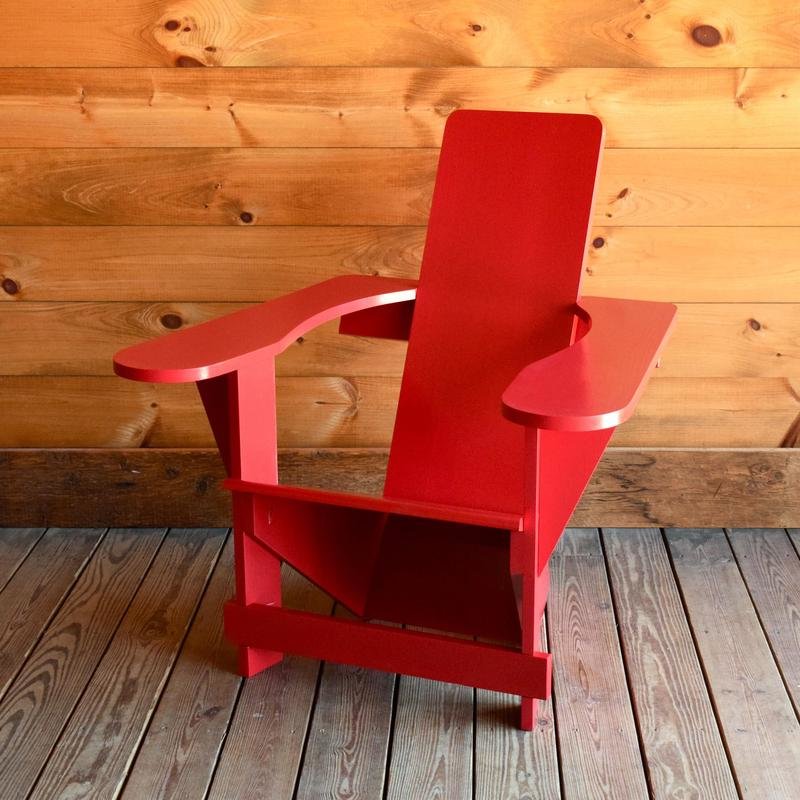