The car changes length, depending on whether you're driving it or going autonomous

Had they not killed off Tony Stark in the last Avengers movie, we now know what he'd have been driving in the next one. Audi has released images of their electric Skysphere concept, a transforming two-seater. 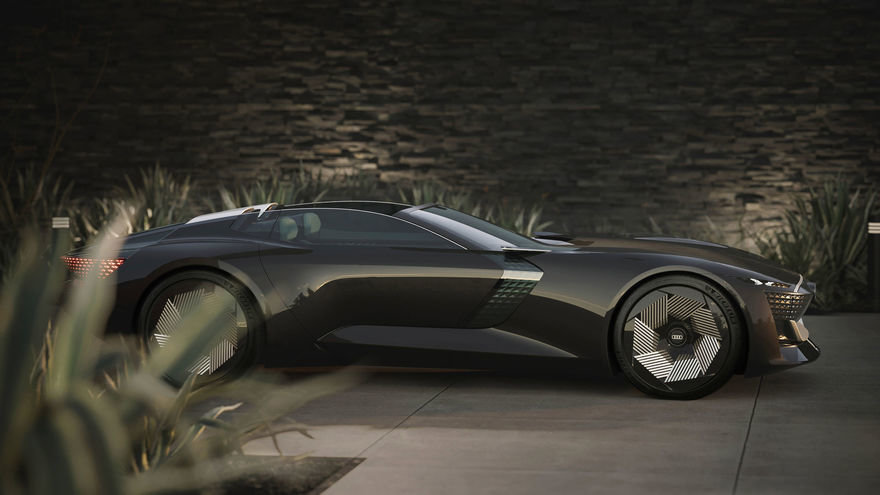 The Skysphere is meant to address, in eye-catching Audi fashion, the potential hybridization of the driving experience of the future, whereby drivers may choose between autonomous and and manual driving. With the Skysphere, this selection is manifested in a physical transformation of the vehicle. In its autonomous-only Grand Touring mode—i.e. for long cruises through the Alps, et cetera—the front end of the car stretches away from the rear, increasing the vehicle's wheelbase for a smoother ride and achieving an overall length of 5.19 meters (about 17 feet). 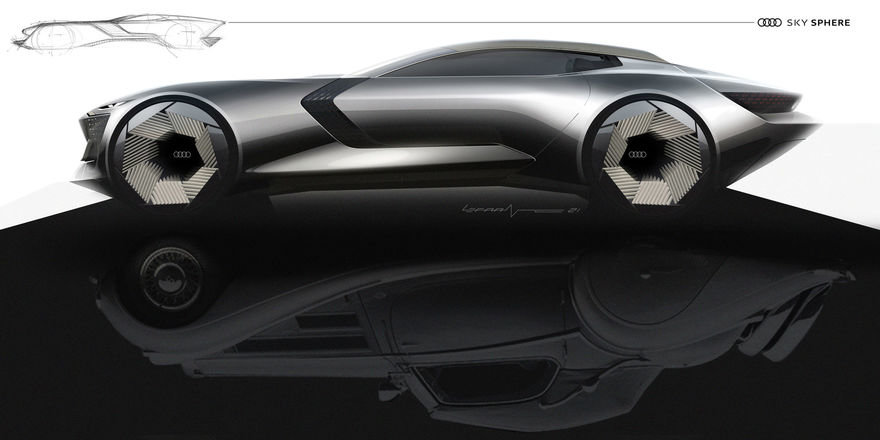 In I'll-drive-it-myself Sports mode, the vehicle shrinks its wheelbase and comes down to an overall length of 4.94 meters (about 16' 2"). 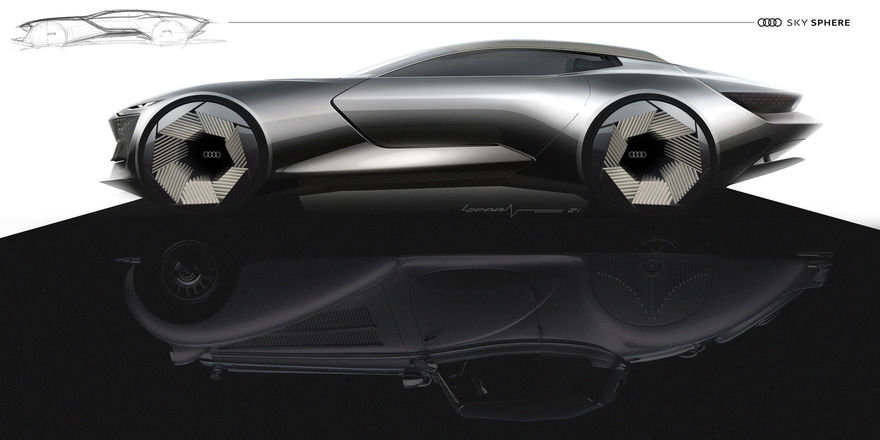 "Electric motors and a sophisticated mechanism with body and frame components that slide into one another make it possible to vary the wheelbase itself and the exterior length of the car by 250 millimeters. At the same time, the vehicle's ground clearance is adjusted by 10 millimeters to enhance comfort and driving dynamics."

In the images, you can tell which mode the car is in by observing if the carbon-fiber panel aft of the front fenders has been revealed or not. 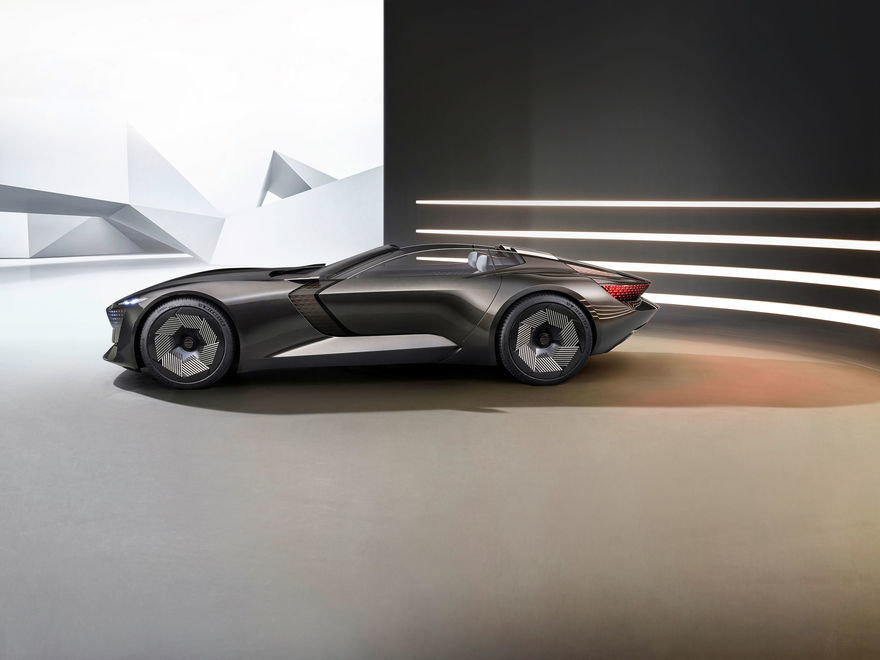 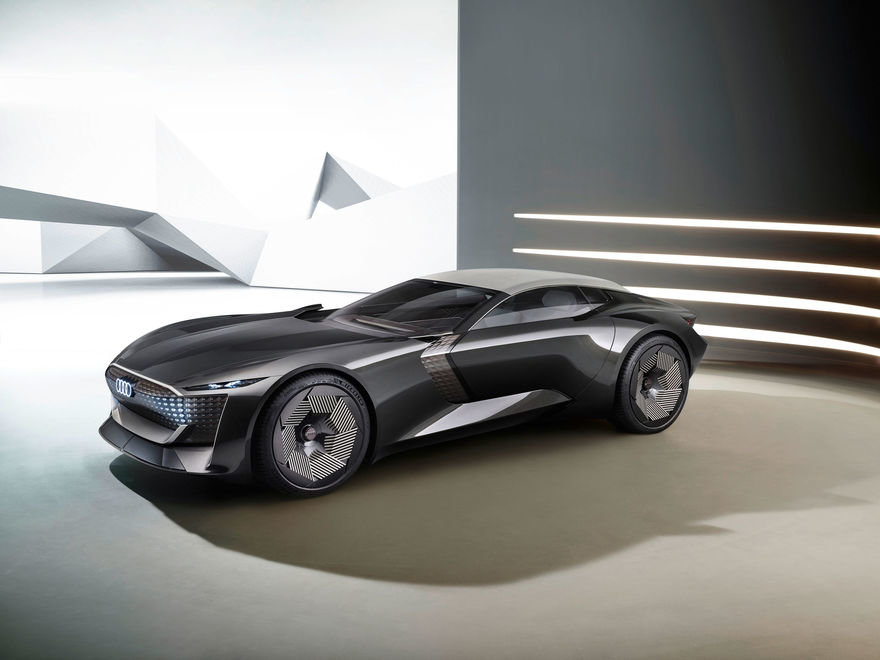 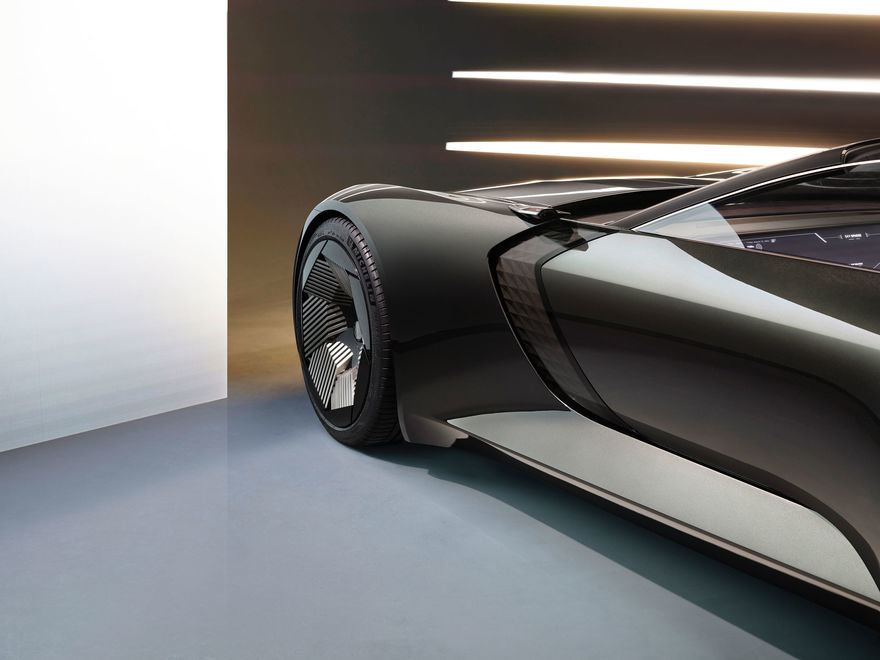 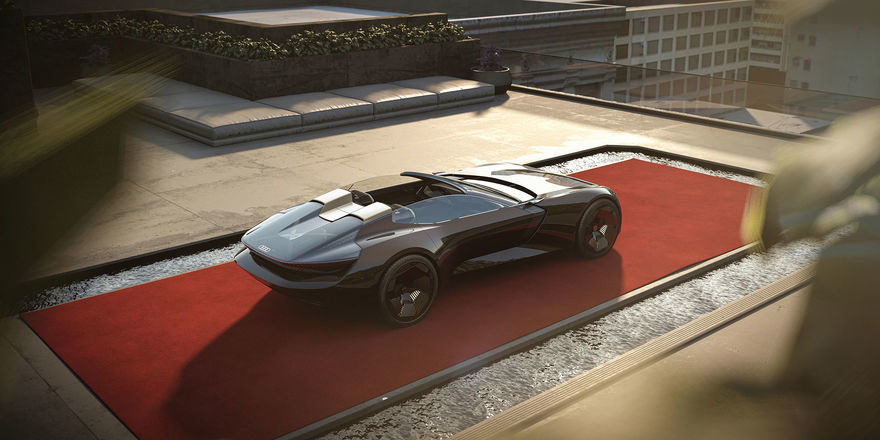 Both the front and rear end have been designed as if they're trying to hit an LED quota. 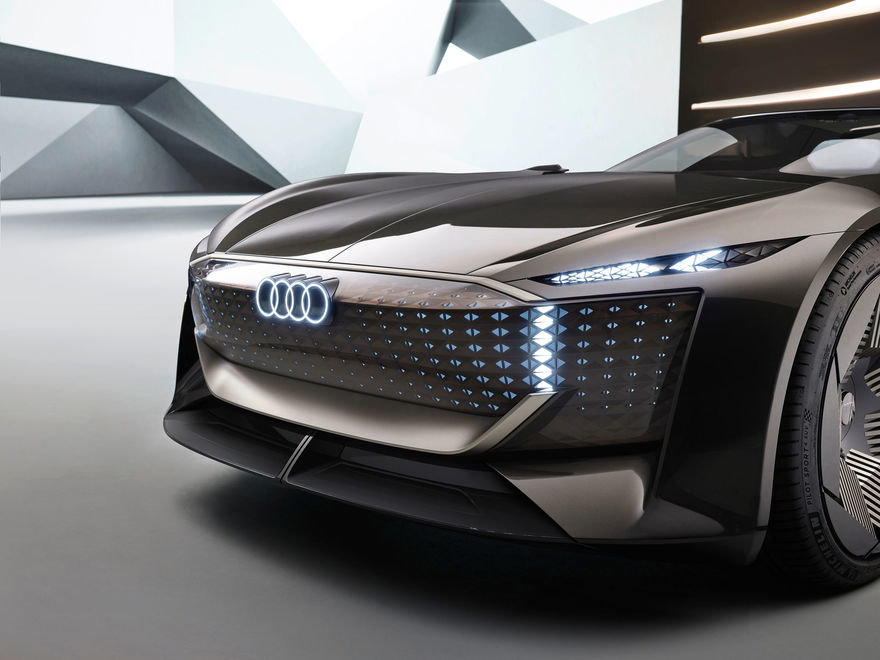 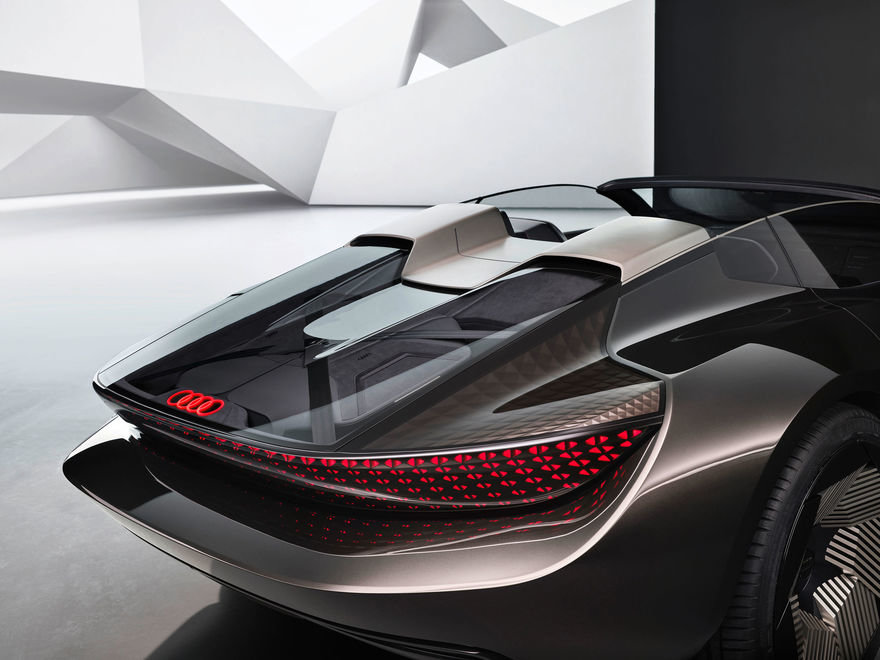 Audi says the design of the interior was "inspired in many areas by the Art Deco universe," but I think the designers probably had some non-1930s techno music blaring through their headphones as they worked. 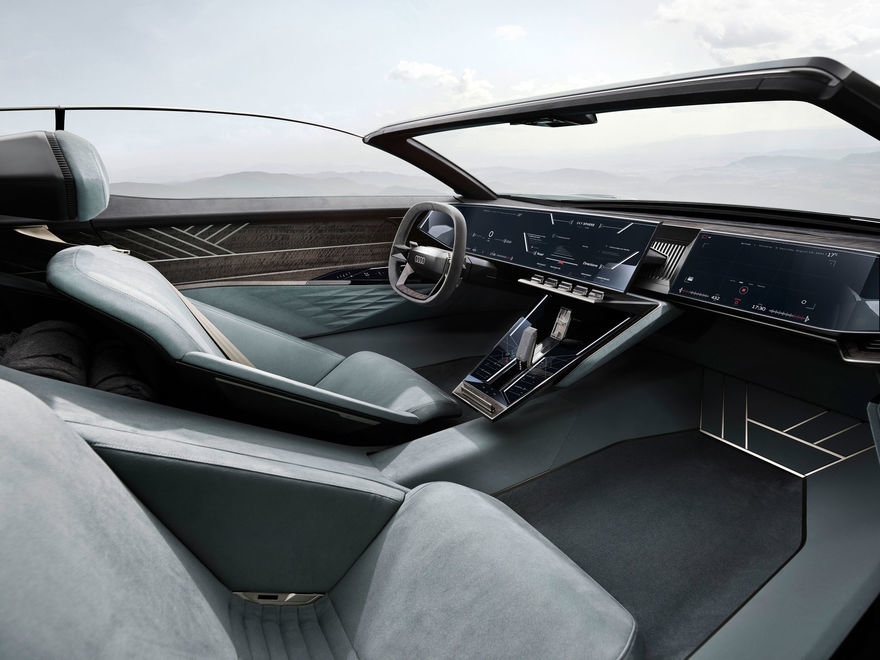 With autonomous cars, of course, boozing behind the wheel is perfectly acceptable. 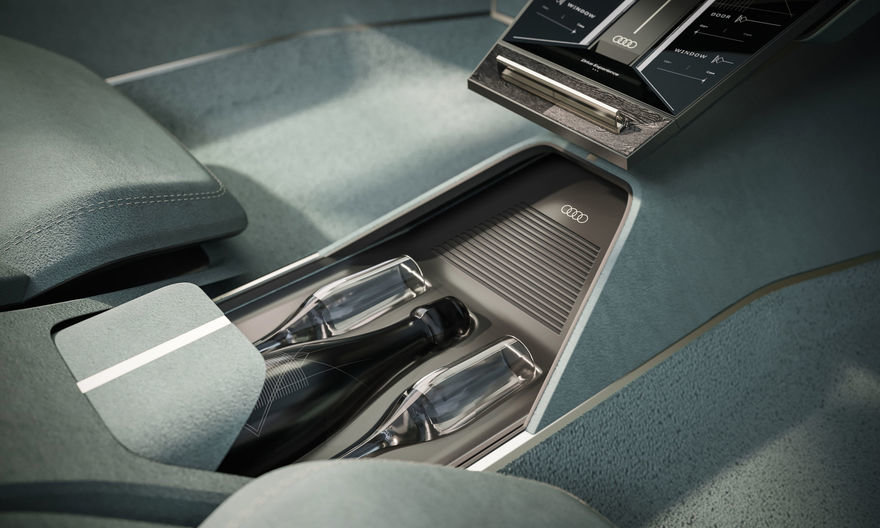 The hood of the car is designed to hold two custom Audi golf bags.

And with no IC engine to show off under the rear glass panel, that space is instead occupied by custom Audi luggage. 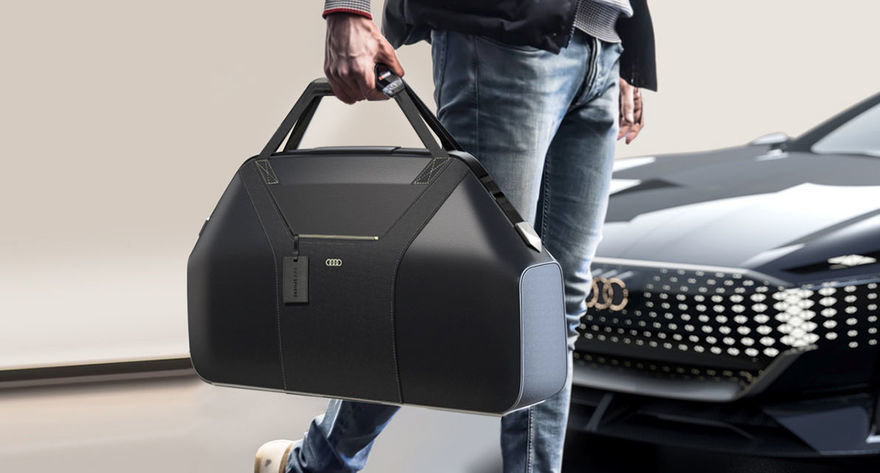 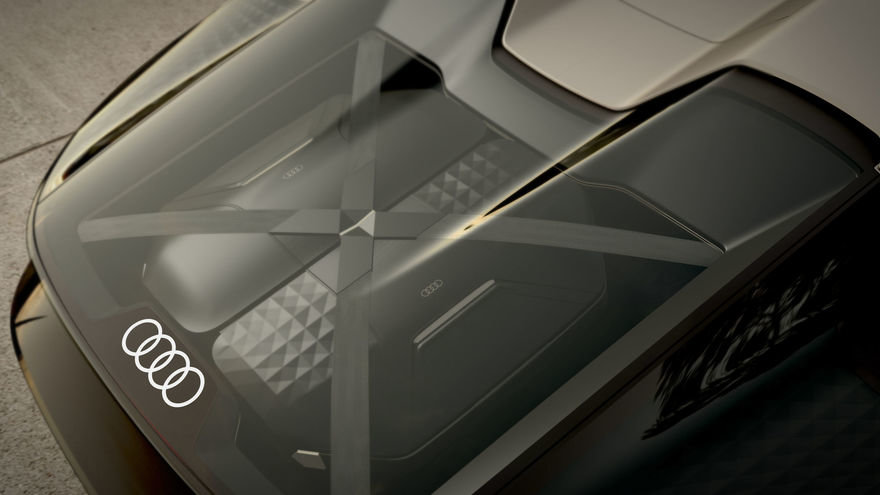 If you live within range of Pebble Beach, get your camera ready: The Skysphere will make its public debut this Friday at Monterey Car Week.