The Osborne Fire Finder, invented a century ago, gets a new production run

Invented in the 1910s, the Osborne Fire Finder is a circular mechanical table with a glass top that's used to pinpoint fire locations. 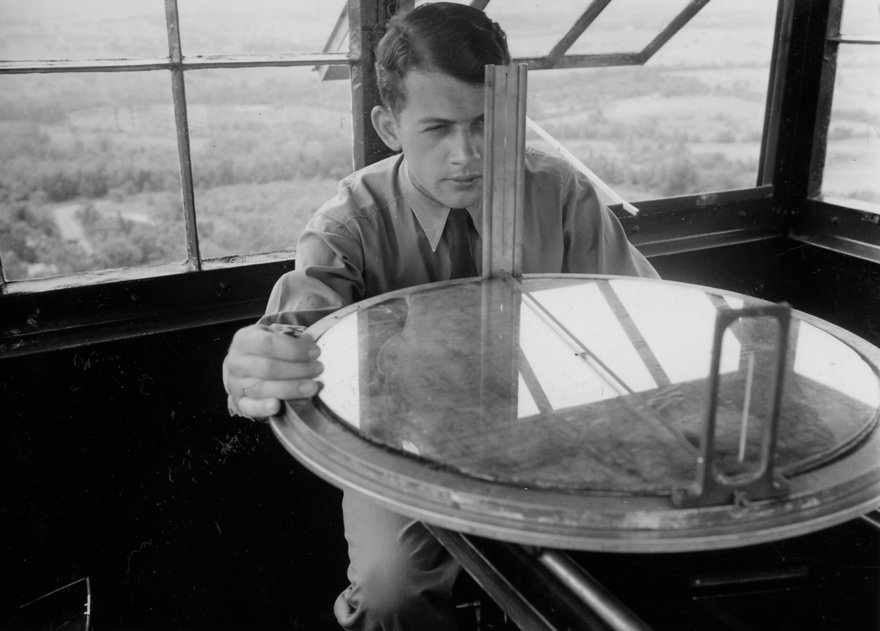 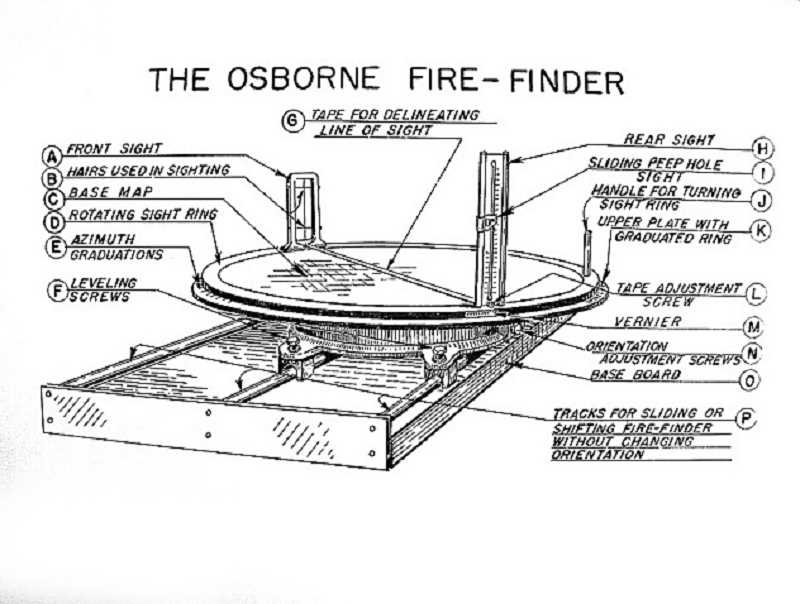 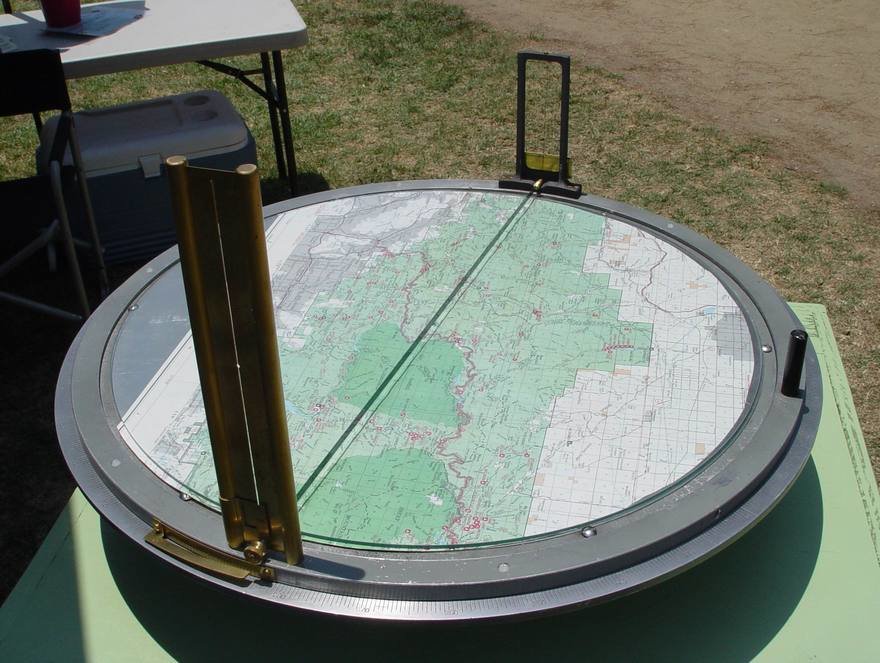 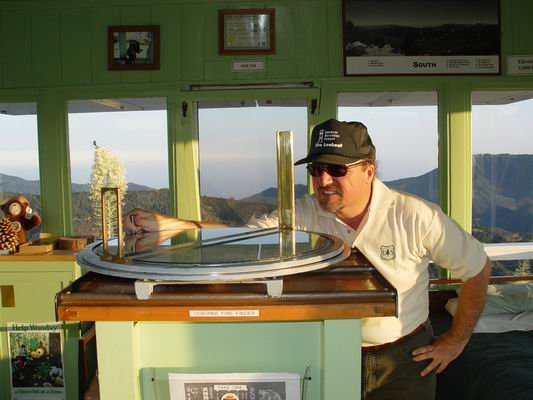 Intended for use in fire lookout towers, the design is simple and ingenious. Here's how it works:

Invented by William W.B. Osborne, a U.S. Forest Service employee, the device was mass produced from 1920 to 1935 by Leupold & Stevens, a company that makes sighting devices. L&S continued to produce spare parts for it for decades, ending in 1975.

As forest fires began to tick back up in the 2000s, there was renewed interest in the object. However, not only was Leupold & Stevens no longer manufacturing any, the production drawings and casting patterns for the cast-iron base had gotten lost over the years.

Thankfully Jeff Palmquist, who at the time was a member of the Forest Fire Lookout Association and a volunteer lookout at the San Bernardino National Forest, learned of the problem. Jeff's family ran California-based Palmquist Tooling, where Jeff worked as a pattern manufacturer. CAD files were created by measuring existing Osbornes, and by 2003 Palmquist Tooling was providing both spare parts and complete Osborne units.

According to a Forest Fire Lookout Association newsletter from 2005, "Design changes included reducing overall weight by making the square base out of aluminum instead of cast iron, adding nylon inserts vertically and horizontally in the sight ring eliminating metal to metal rubbing with the azimuth base, and adding some feet to the bottom of the square base so the firefinder will sit level when off of the rails." The list price for a complete Osborne was listed as $3,960 (in 2005 dollars).

"This is a model 1932 Osborne Finder that came out of a lookout near Hanging Rock, West Virginia," reads a 2016 Facebook post from the FFLA San Diego-Riverside. 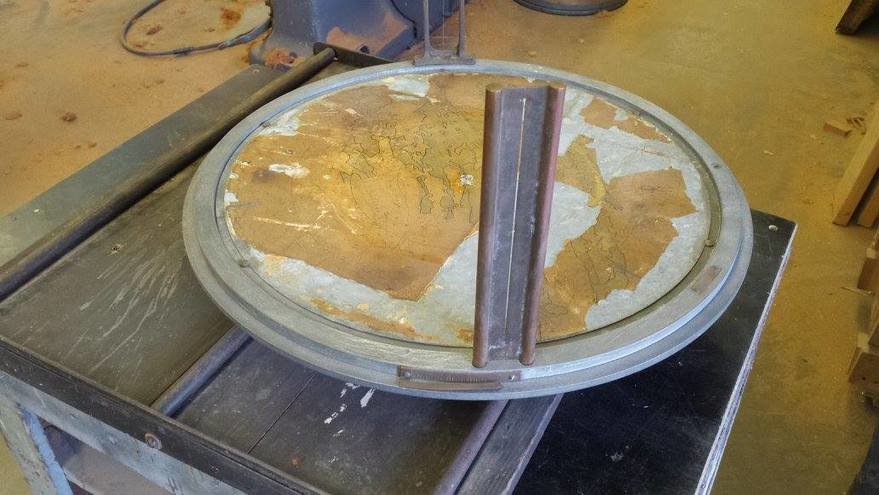 "The Osborne was in pretty bad shape as the following photos show. The map is almost totally gone." 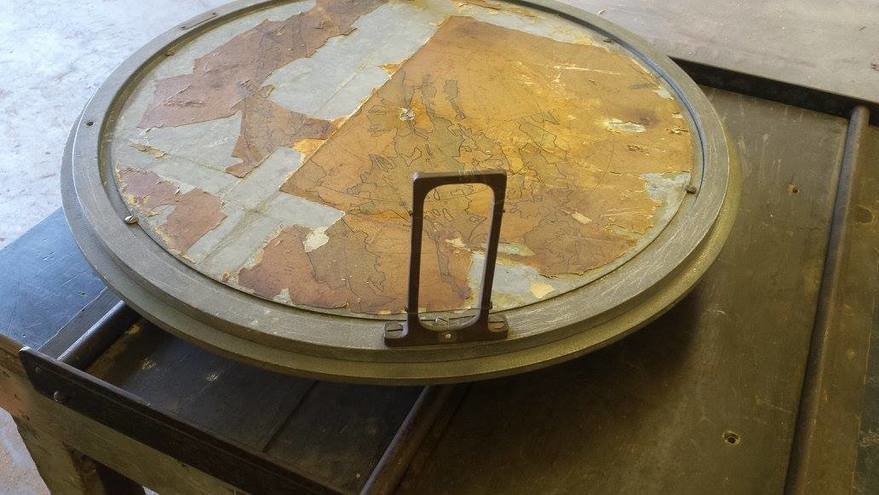 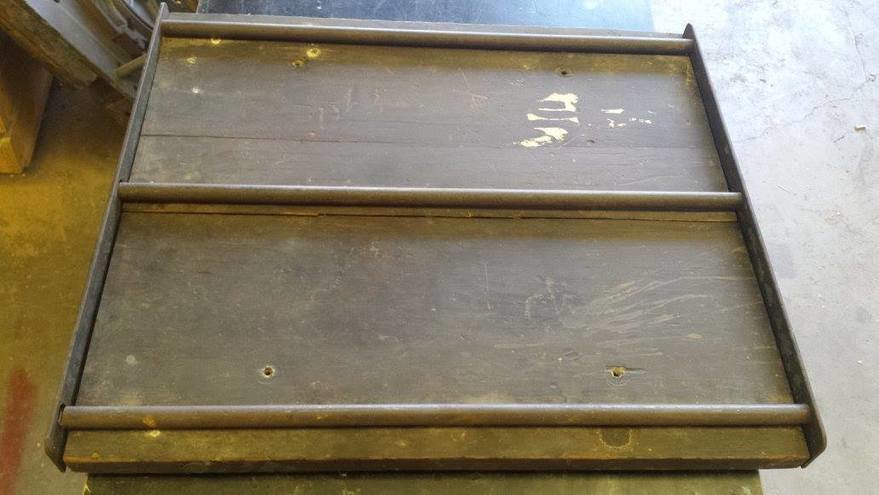 "The wooden platform and rails, broken and rusted." 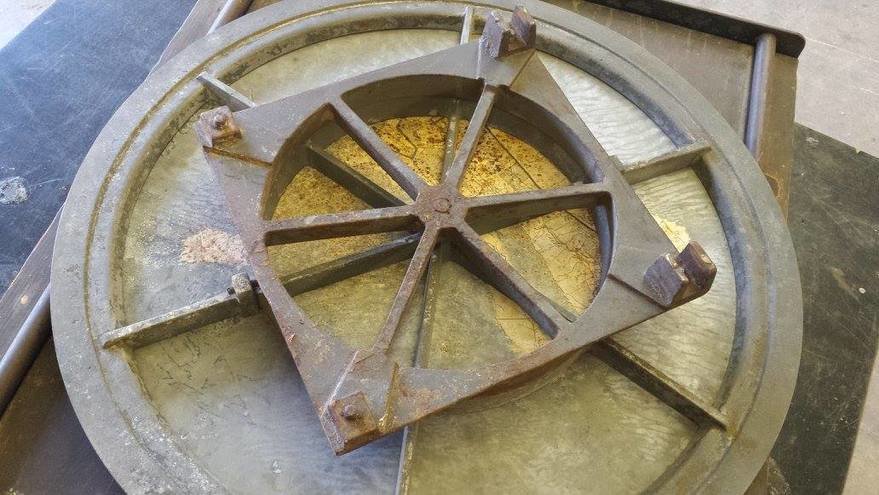 "The rusted underside of the fire finder." 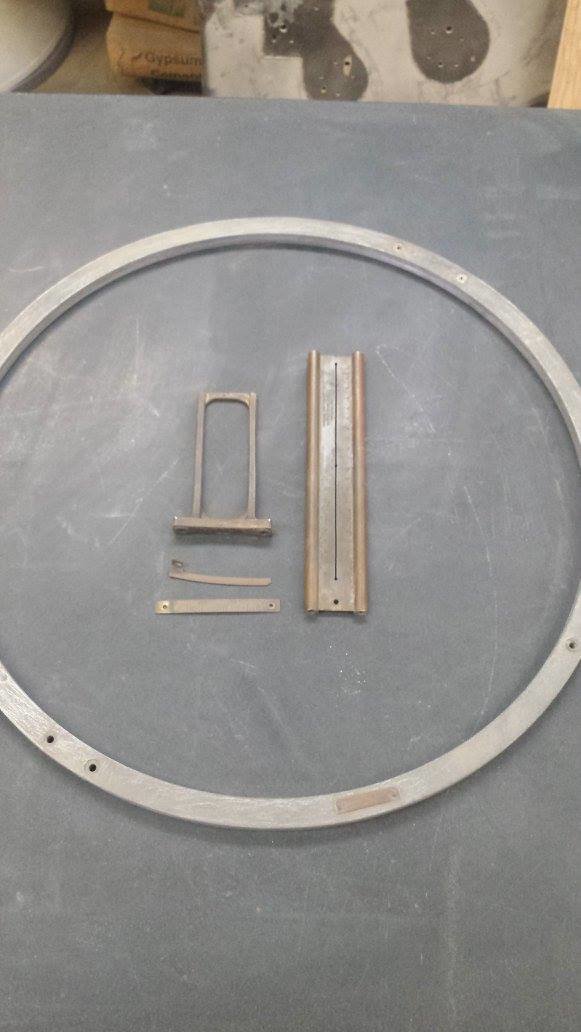 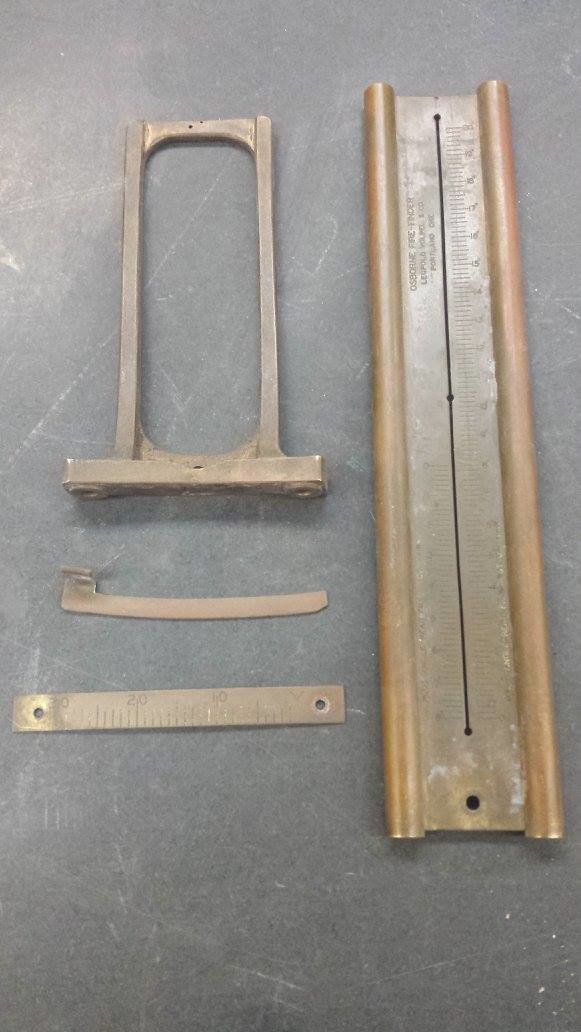 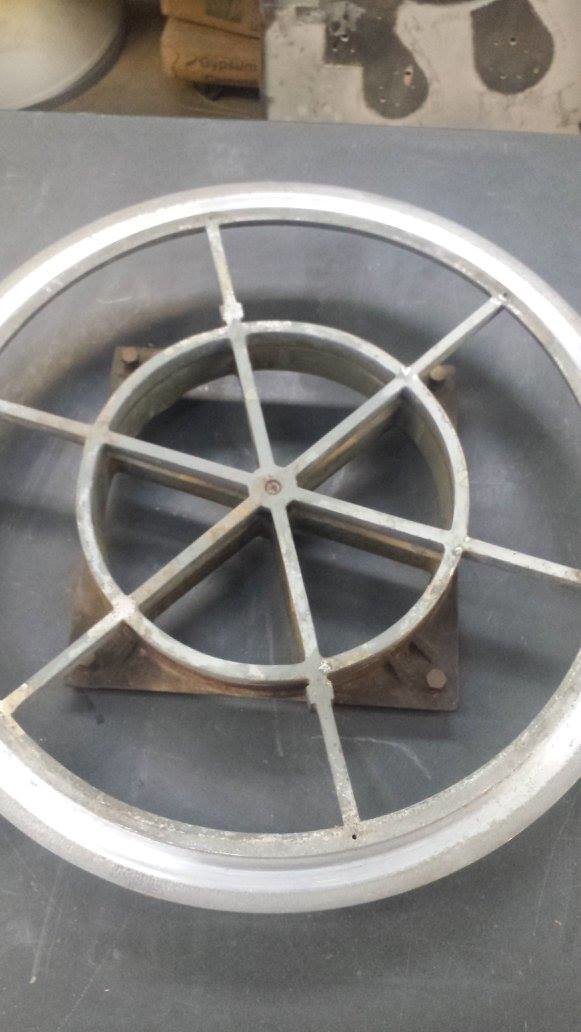 "Jeff and the guys at Palmquist Tools in South Gate Ca, stripped the Osborne down in preparation for the restoration." 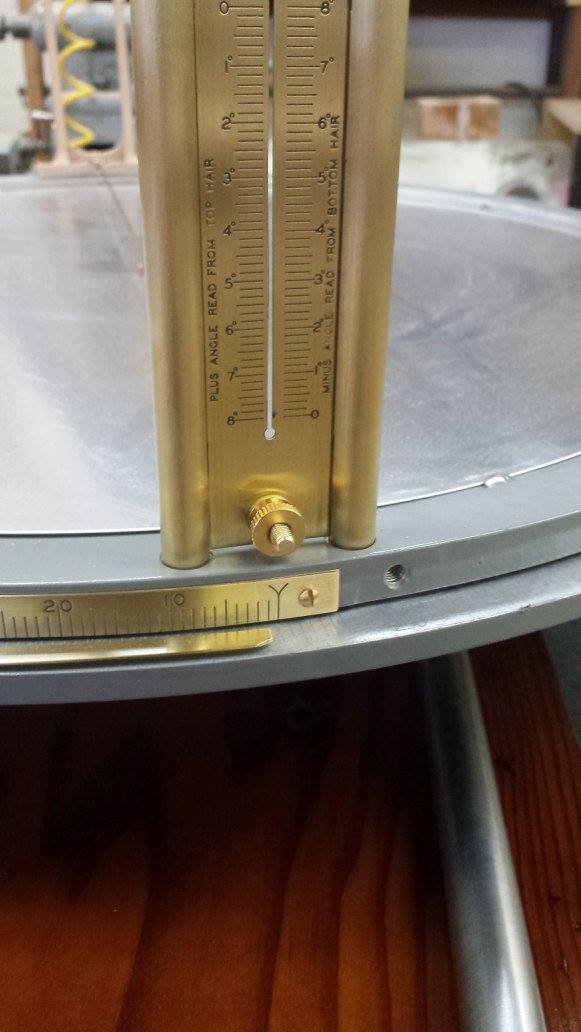 "A big thanks to Jeff at Palmquist Tooling Incorporated in South Gate Ca for the complete restoration of this Osborne. 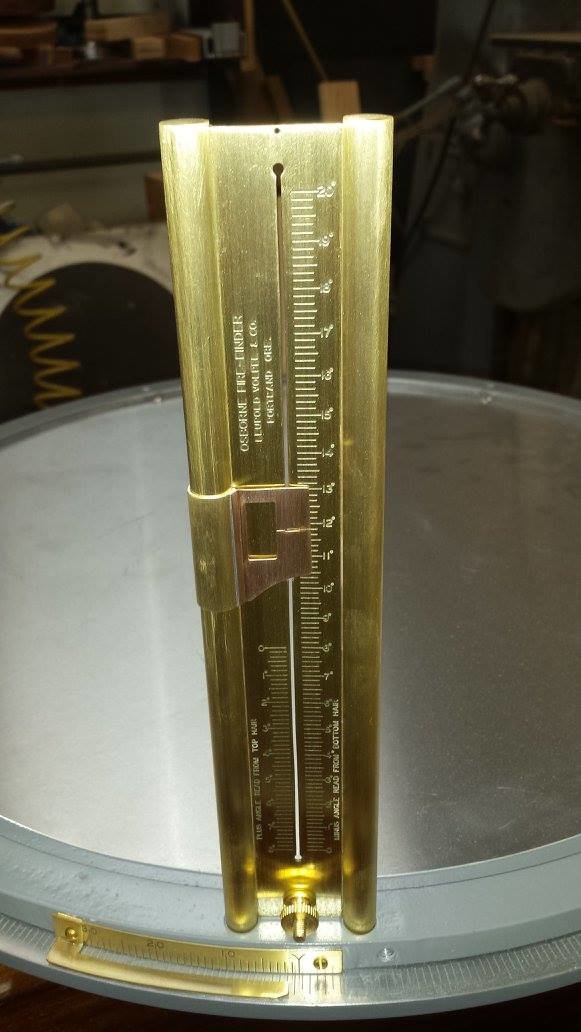 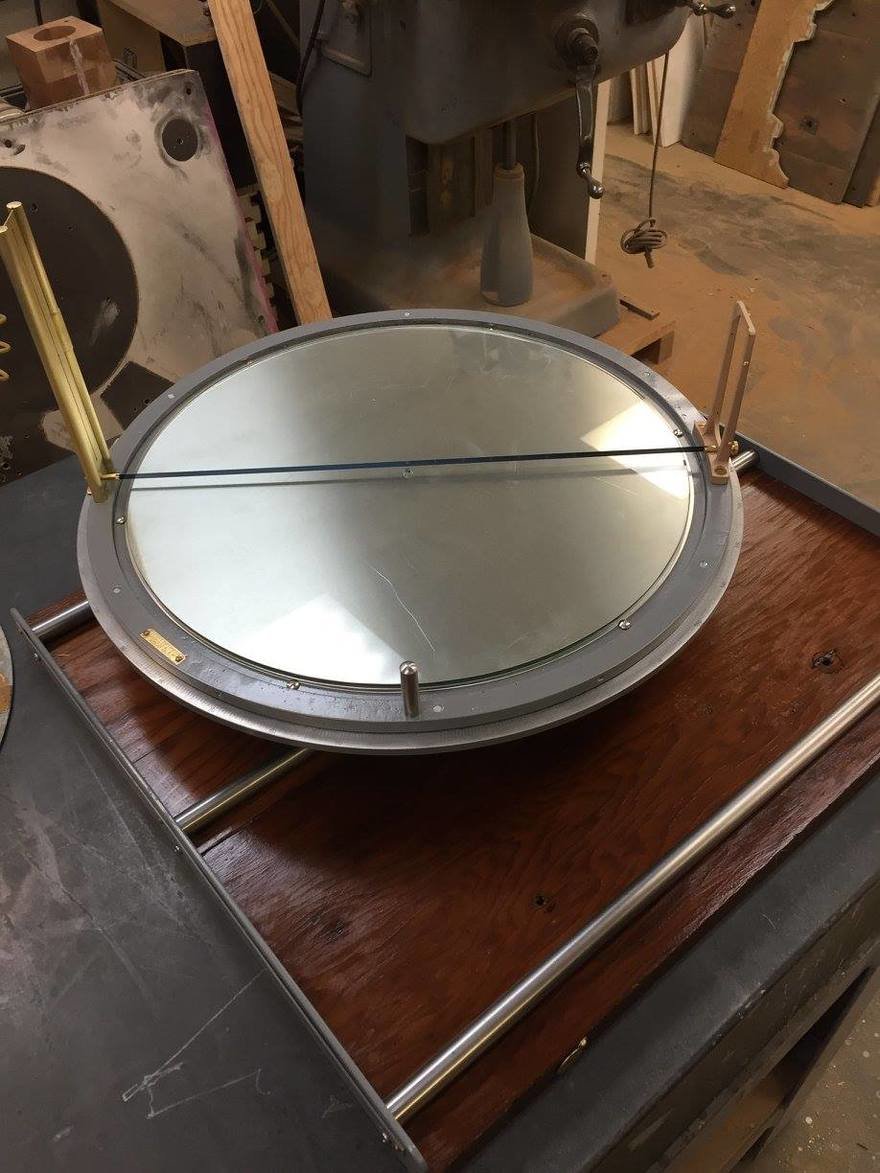 "We are proud to be involved in the restoration and preservation of this iconic piece of wildland fire firefighting history. It will be well looked after until it finds its way back to where it belongs - In a working fire lookout tower."