When the intent was to dazzle rather than provide good UX

Not too long ago, automotive interior designers had to integrate certain features into dashboards that would seem strange today: A keyed ignition switch, a cigarette lighter, an ashtray. They also didn't need to make space for modern mainstays like airbags and touchscreens, which gave them more real estate to play with.

That wasn't necessarily a good thing; in the '80s, everyone became infatuated with flashy "digital" displays, led by the Japanese and the Italians, as well as the production designers of the 1982 hit show "Knight Rider." The purpose of these dashboards was apparently to dazzle rather than design a manageable user experience. Here are some examples, in no particular order: 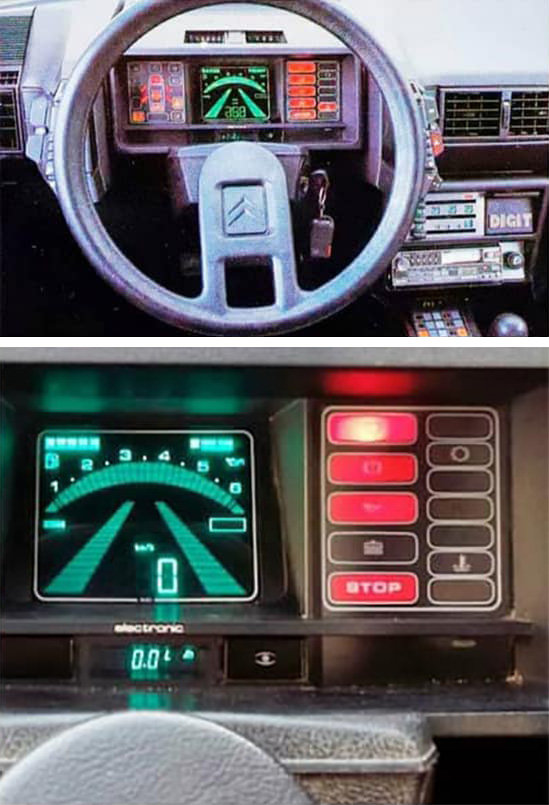 It is so strange to see how much negative space there is in the steering wheel. Not that you would, but there's enough space to reach through the wheel to get the key. 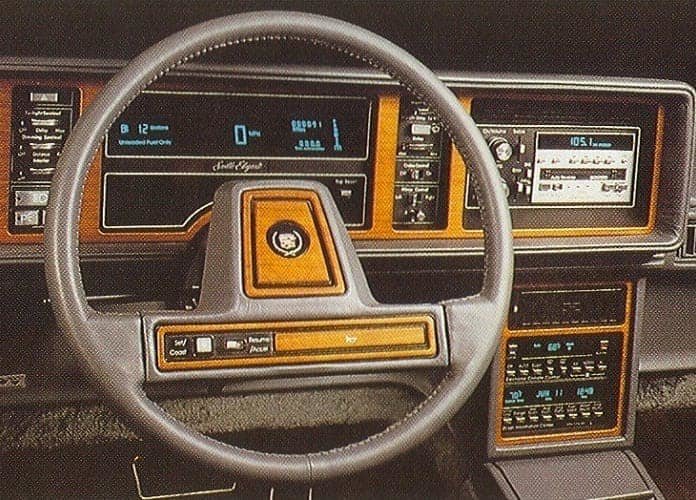 Are there enough buttons on the lower-center console? 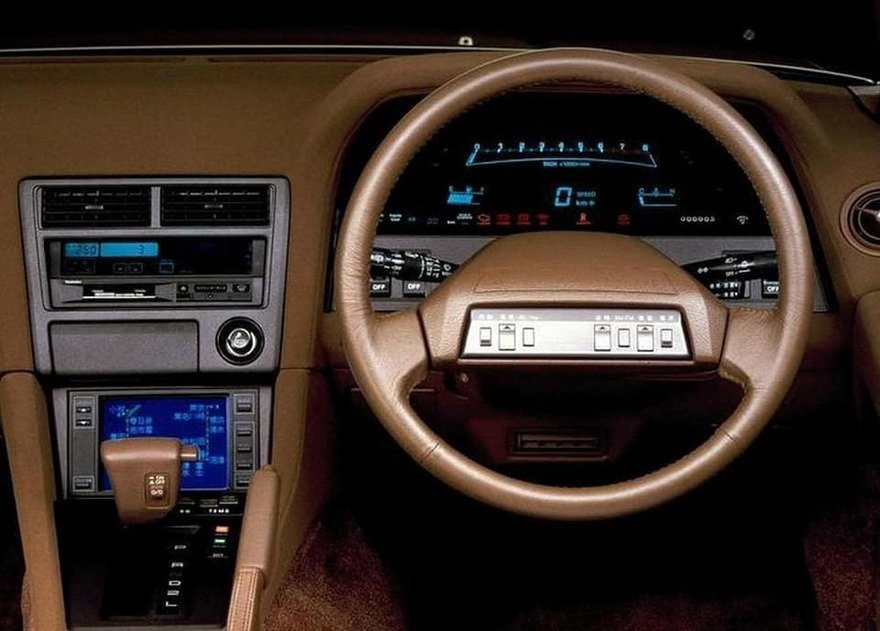 The cigarette lighter's right next to the steering wheel, and just past it is the ashtray. The dream car for a chain smoker. 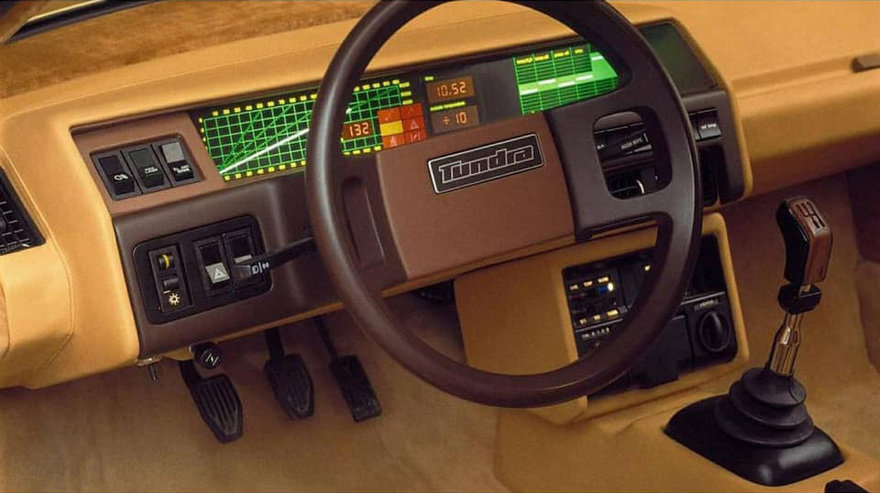 How hilarious is it to see the "hi-tech" dash up top, and at the lower left, just above the clutch, a choke lever. 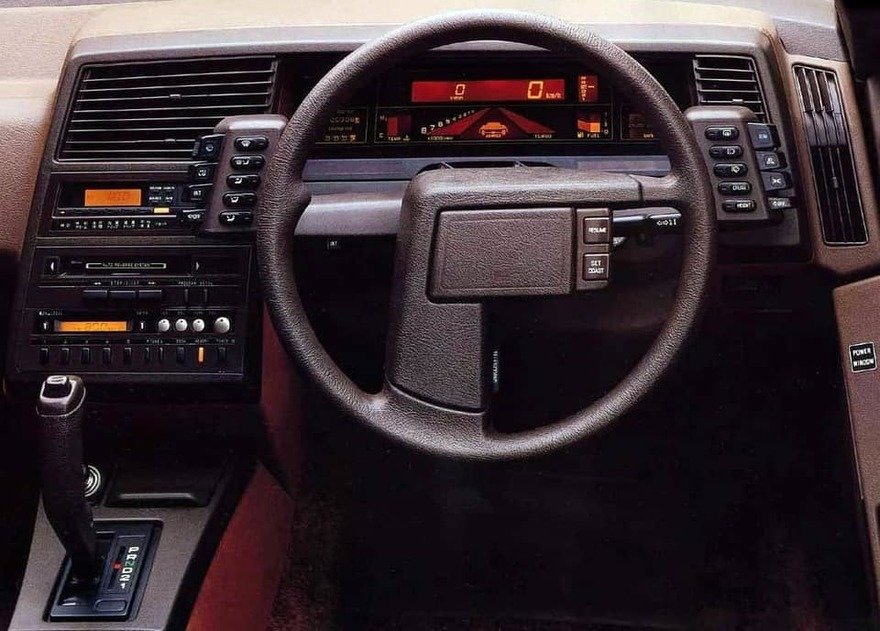 The layout of the switches doesn't bother me, as it at least seems rational. What seems wildly irrational is the assymetrical steering wheel. It seems ideal for the driver who makes primarily right turns. 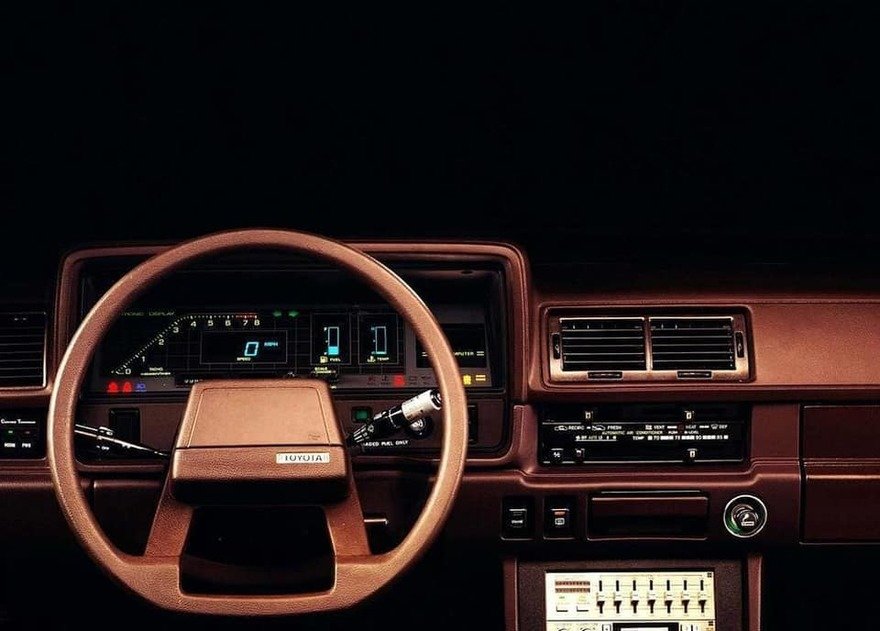 This is tied with the Citroen up top for "most negative steering wheel space." 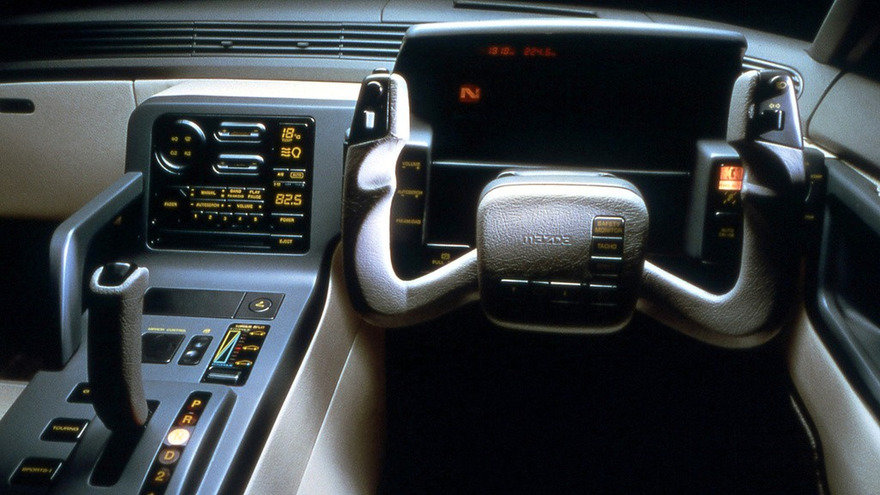 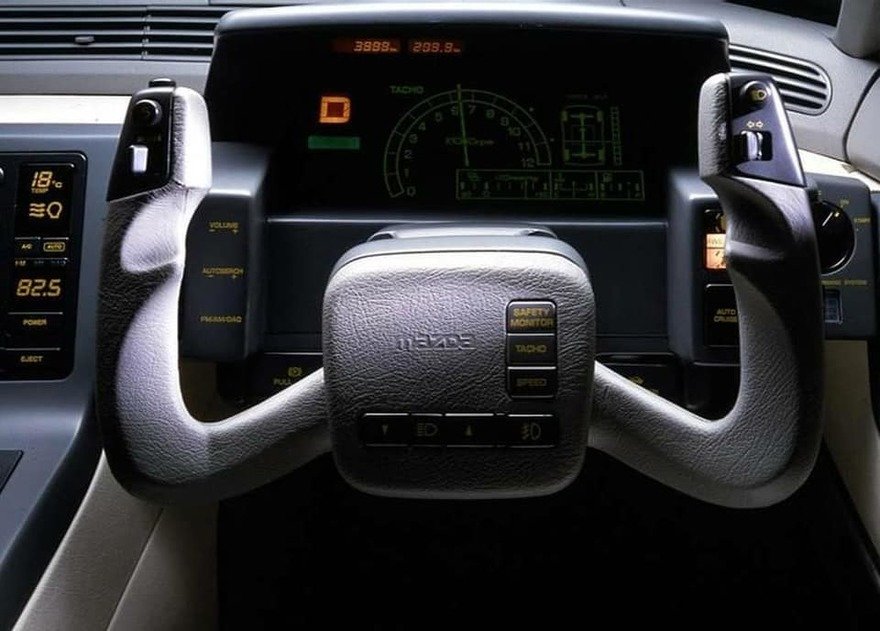 Maybe Mazda fell a little too in love with K.I.T.T., as they went with a yoke here. I do wonder what the thumb buttons were meant to do; Turbo Boost? 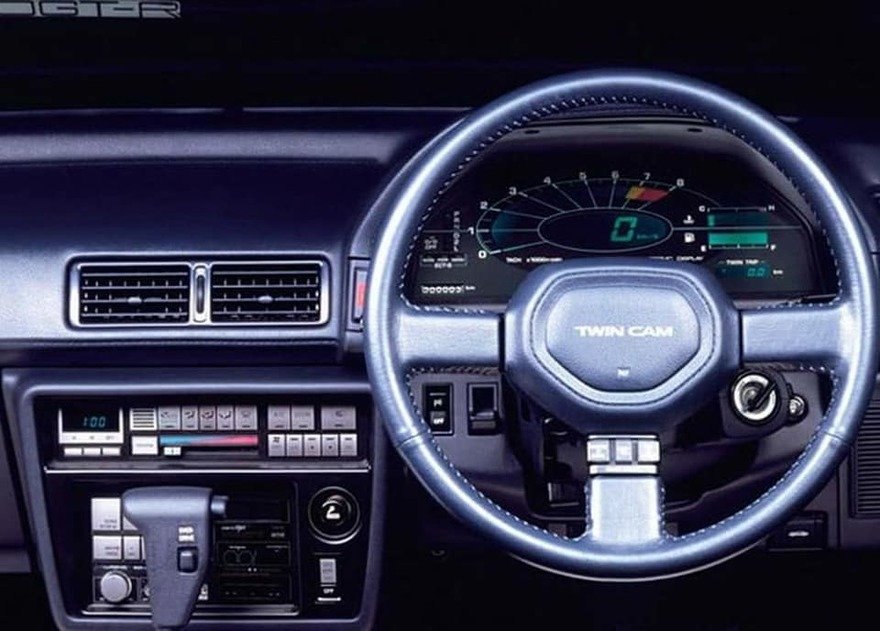 The weird trend of reminding you, via branding on the steering wheel, about a mechanical feature of the engine. 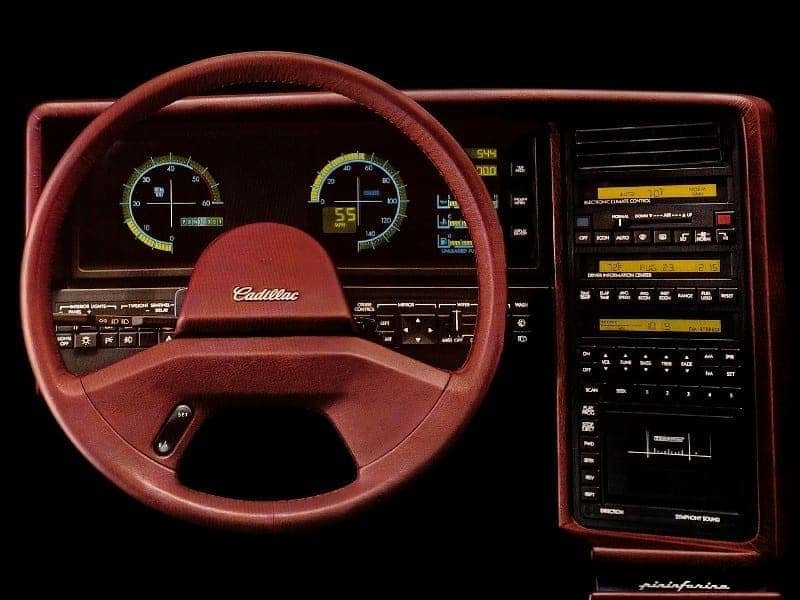 The first in this line-up to go back to actual dials, but they tried to jazz them up by adding reticles and an ill-fitting digital readout on the right-hand dial. 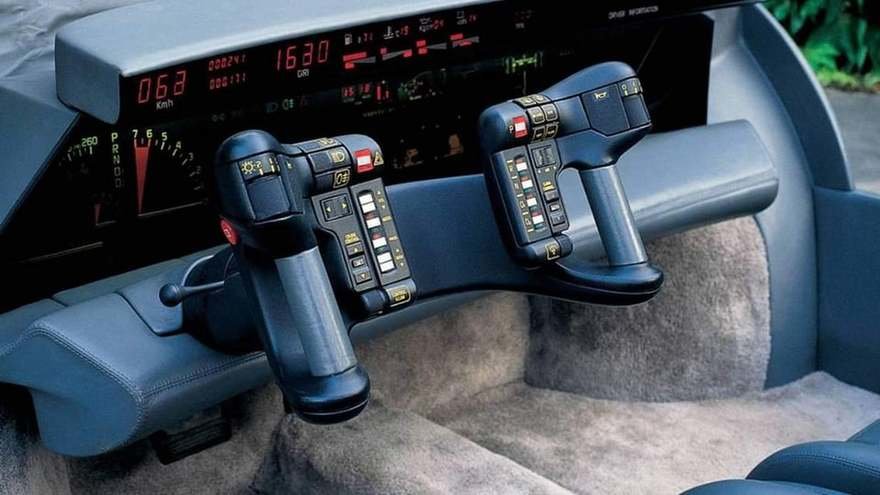 What can I say, except that cocaine was a very popular drug in the '80s. 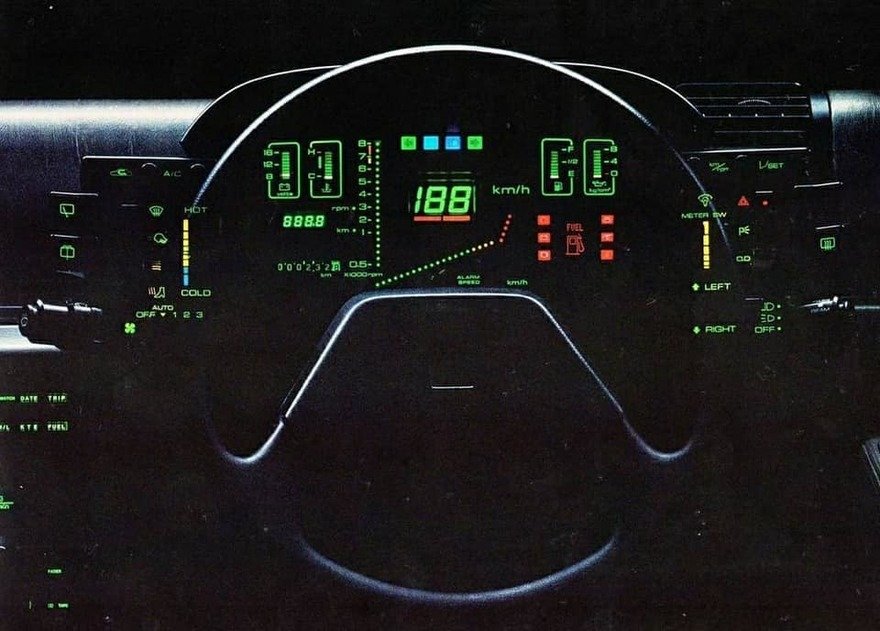 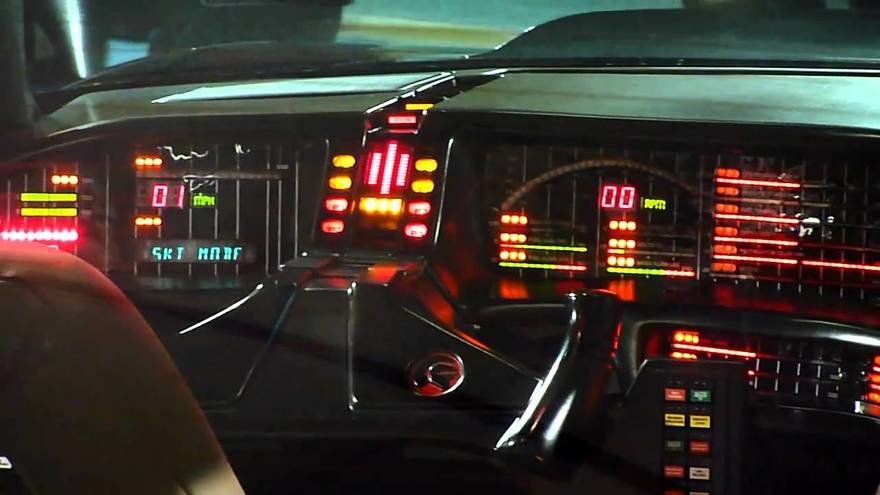 The dragon everyone was chasing.