The theory is that murder hornets arrived in France in a shipment of pottery, from either Southeast Asia or China, sometime in 2004. They first appeared near the port of Bordeaux. With no natural predators, they spread like wildfire; today they've conquered nearly all of France and have expanded into Belgium, Spain and Portugal.

This is a problem for beekeepers. Murder hornets can tear through multiple beehives a day, wreaking havoc on honey production. After losing 35 hives—half of his operation—in 2016, French beekeeper Denis Jaffré began designing a murder hornet trap, DIY'ing the prototype out of plywood. 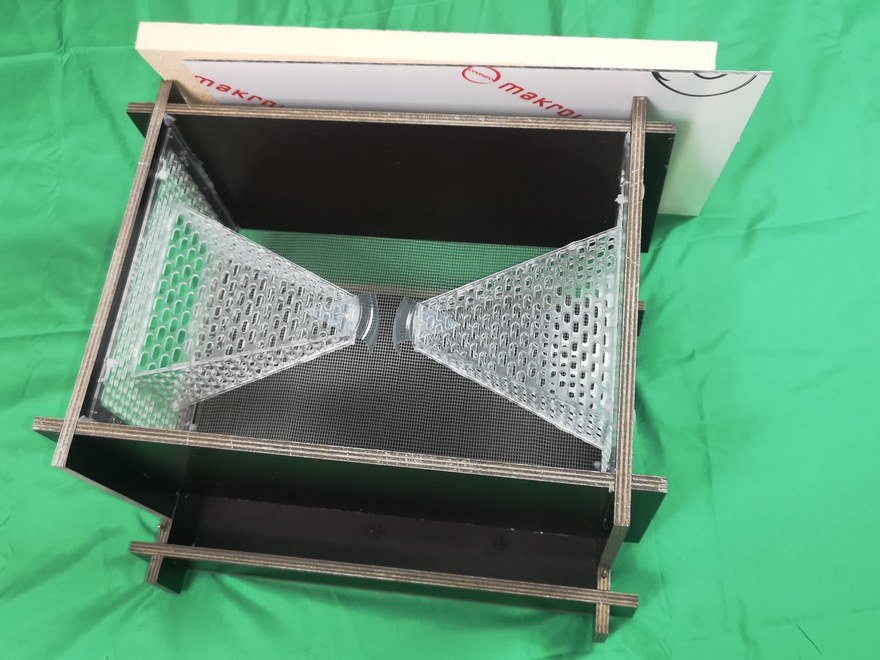 Today Jaffré produces the traps commercially through his company, Jabeprode. 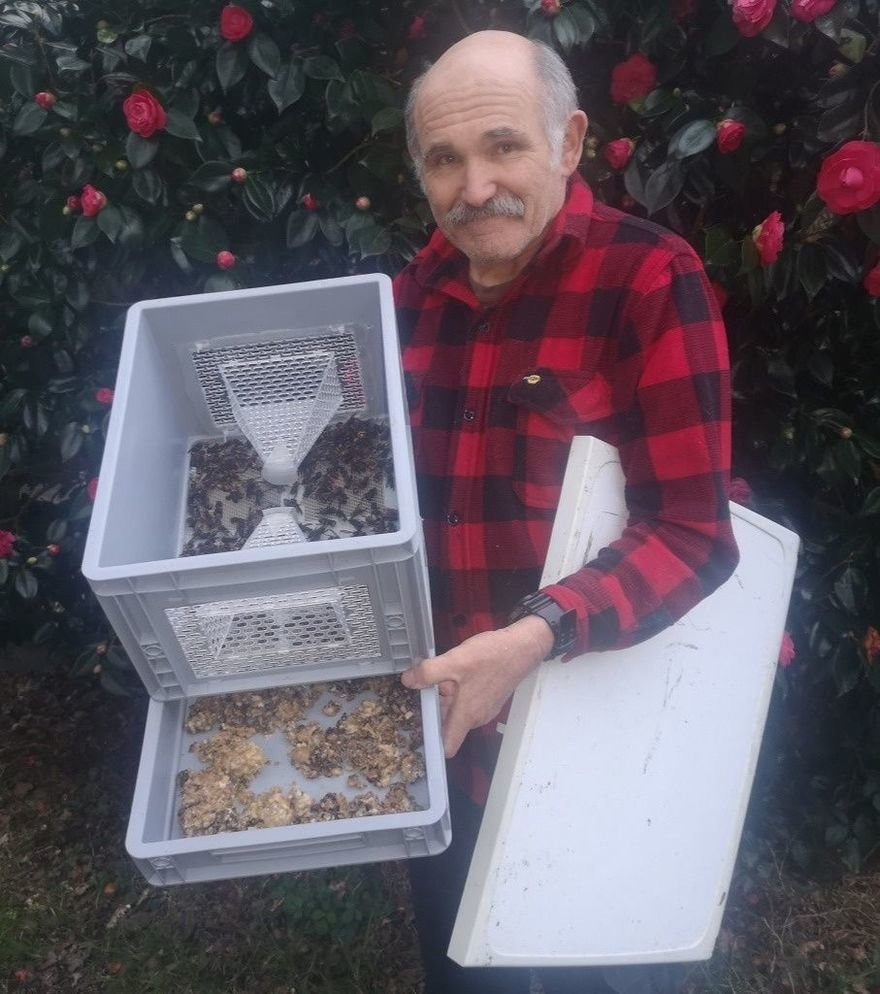 It consists of an injection-molded crate with openings on the short sides. Into these openings are mounted funnels that are perforated with very specifically-sized apertures. The bottom of the crate is lined with honeycombs for bait, screened off to prevent actual access; murder hornets travel through the funnel tips in an effort to get at the bait, and unable to find their way back out, die inside the crate. The perforations are for smaller, harmless insects that find their way inside; they can escape through these holes, which the murder hornets cannot fit through. 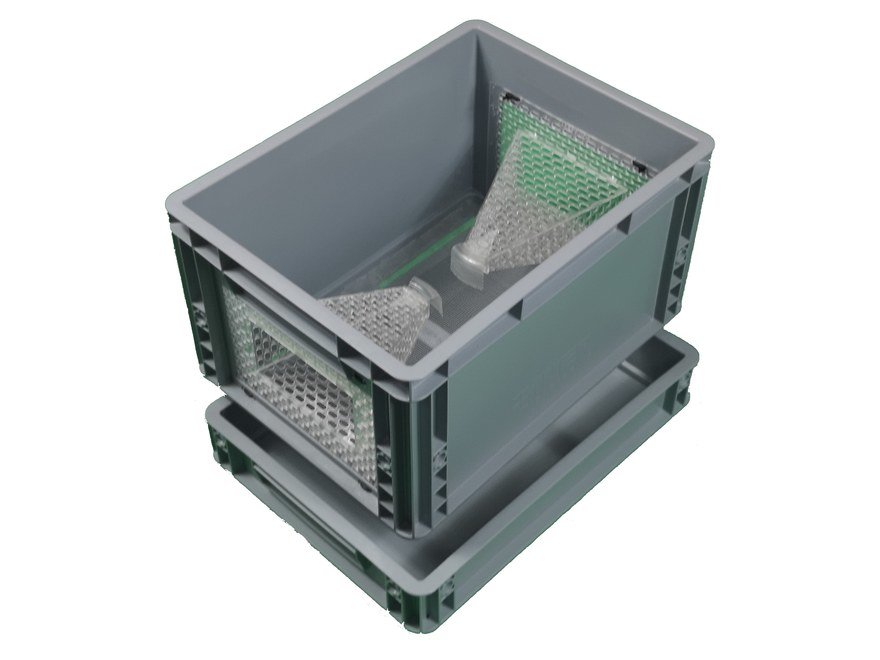 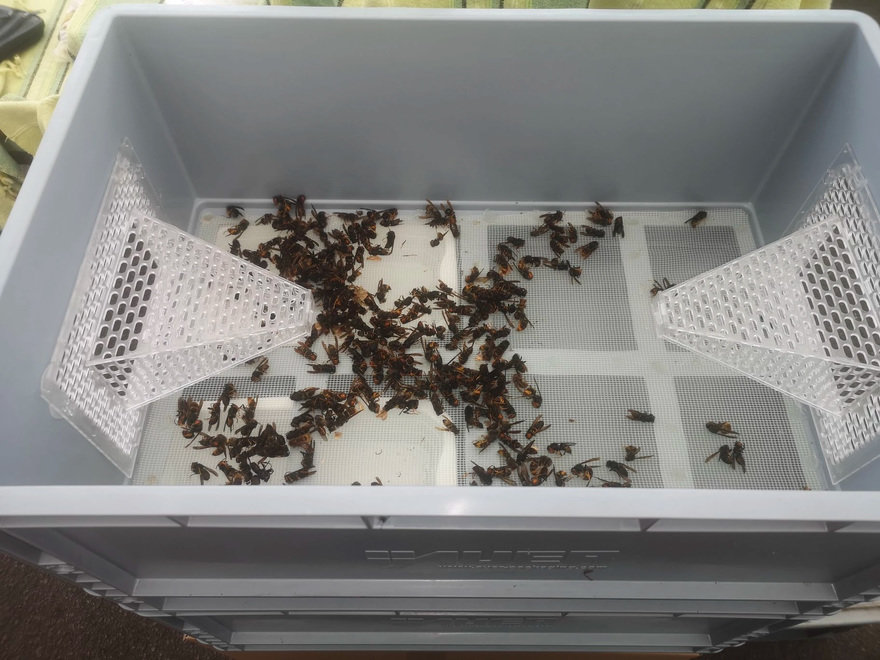 No lid is included, presumably to keep costs down; you're meant to just drop a sheet of whatever you've got laying around on top of it. 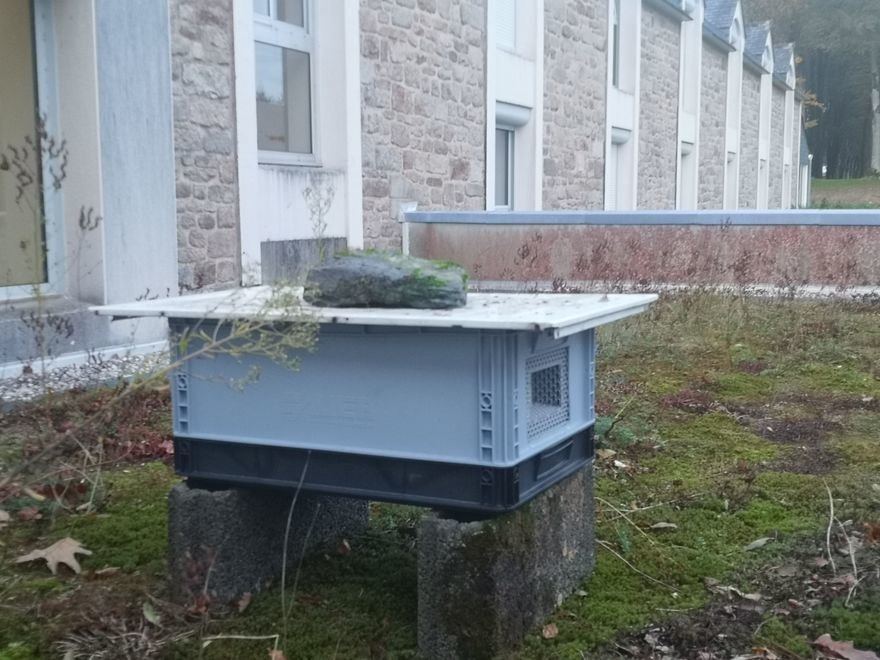 The design apparently works great, but watching Jaffré's instructional video on how to assemble the funnels, I can't help but think it could use the help of an industrial designer:

By the bye, Reuters claims that the funnels of Jaffré's invention are 3D-printed, but I could find no mention of this on his website, and I'd swear that these are just CNC-cut polycarbonate sheets: 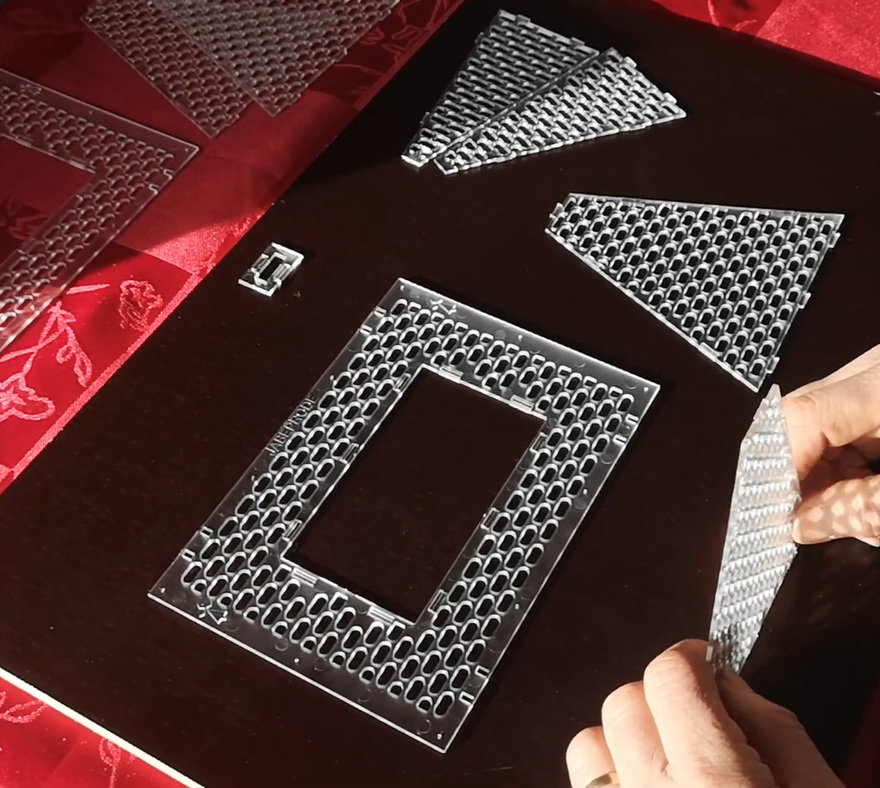 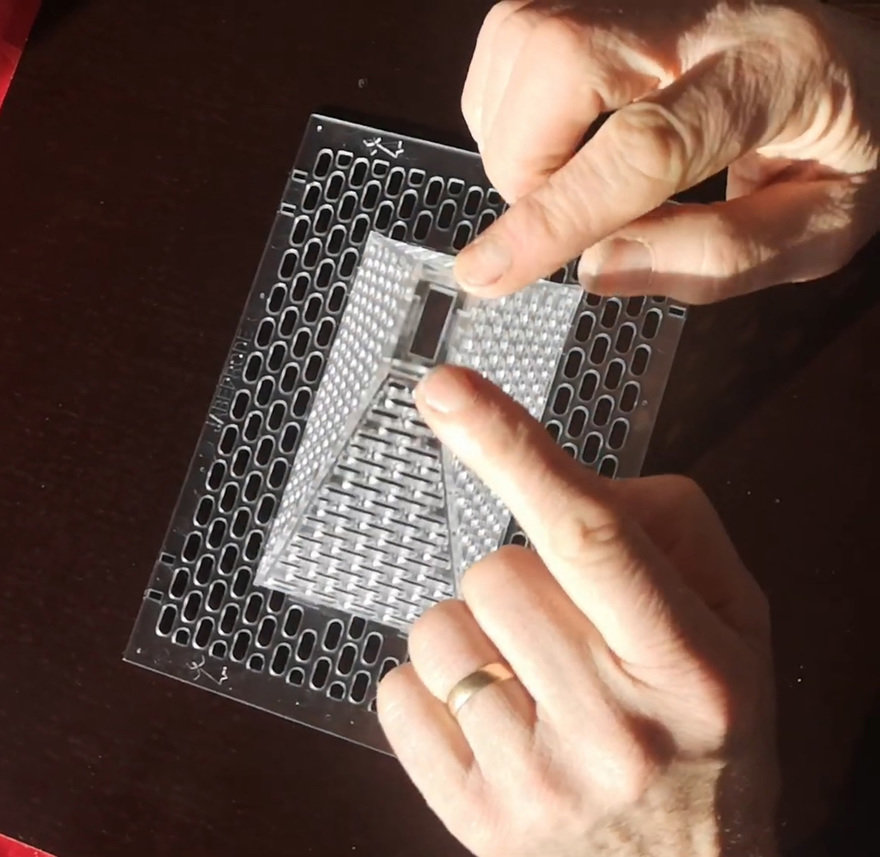 To those of you that 3D print with PC, does it come out looking that clean?