"If you want to design/build/fly these things, you have to be dreaming it up"

That's the facility where the Smithsonian National Air and Space Museum prepares aircraft to be displayed. One that's in there now, getting prepped for showtime, has a name that's as short as the building's is long: "X-wing Starfighter." 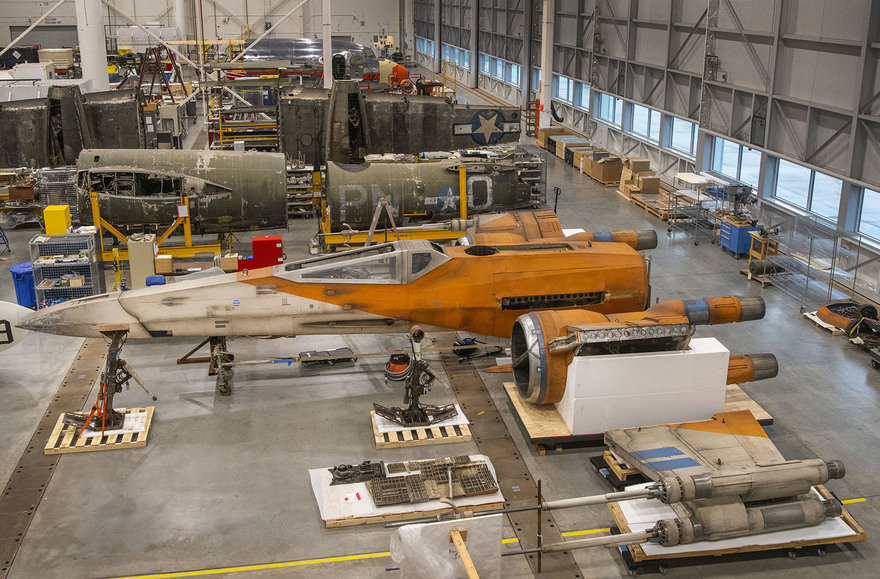 Specifically, it's "a screen-used T-70 X-wing on loan to us from Lucasfilm," Margaret Weitekamp, who chairs the museum's space history department, explains to Tested's Adam Savage. 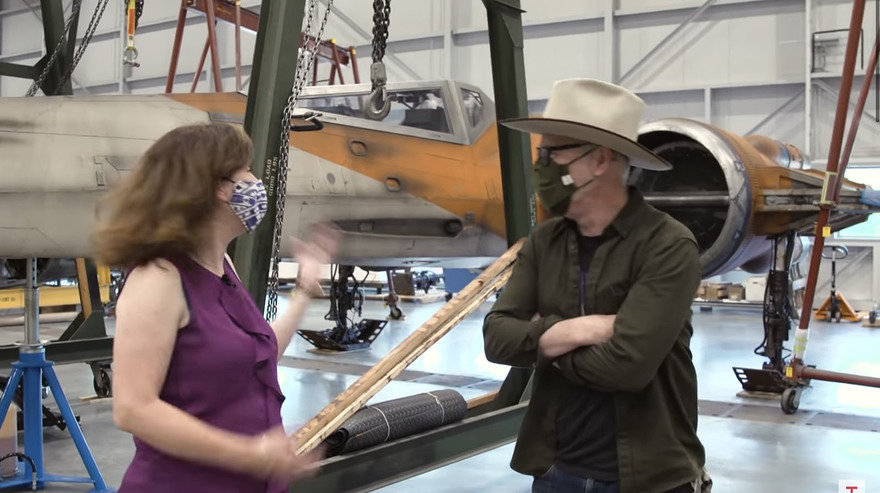 Weitekamp is as familiar with the fictional craft's lineage as she is with the real stuff. "When you look at the difference between this and that T-65B that Luke Skywalker would've flown, you see a designer who is thinking about, well what would the next generation look like? How might they have developed the engines, developed the guns?" (Nerds will recognize that the T-70 was flown by pilot Poe Dameron in the more recent Star Wars installments.) 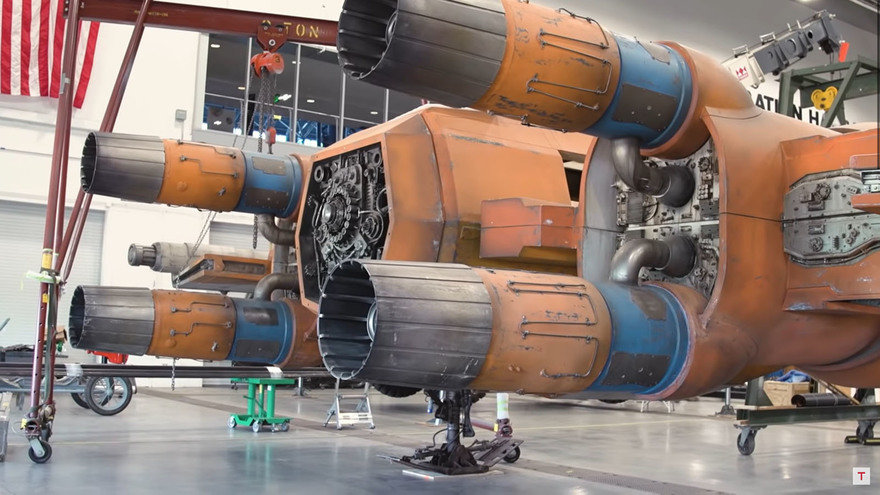 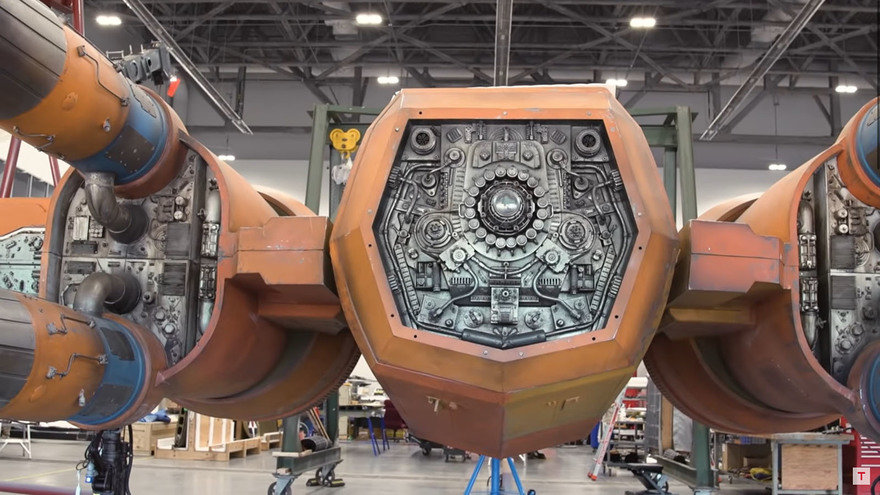 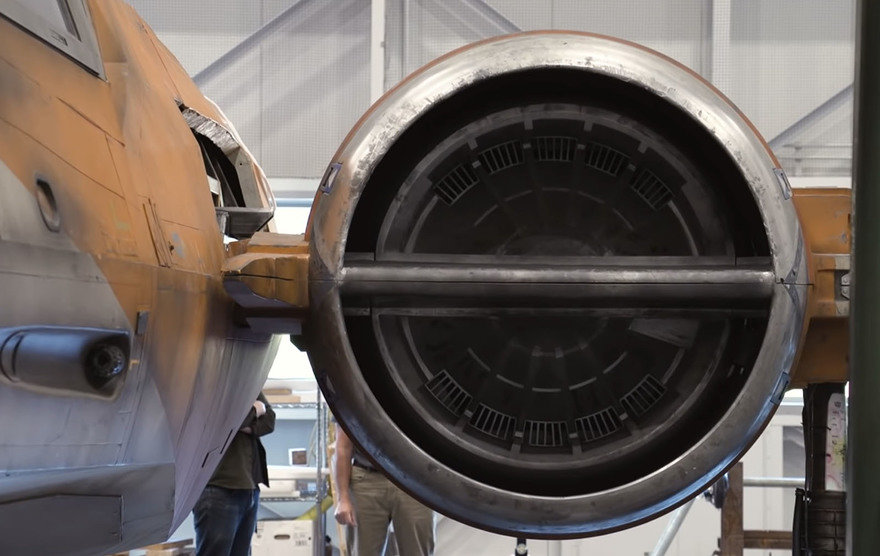 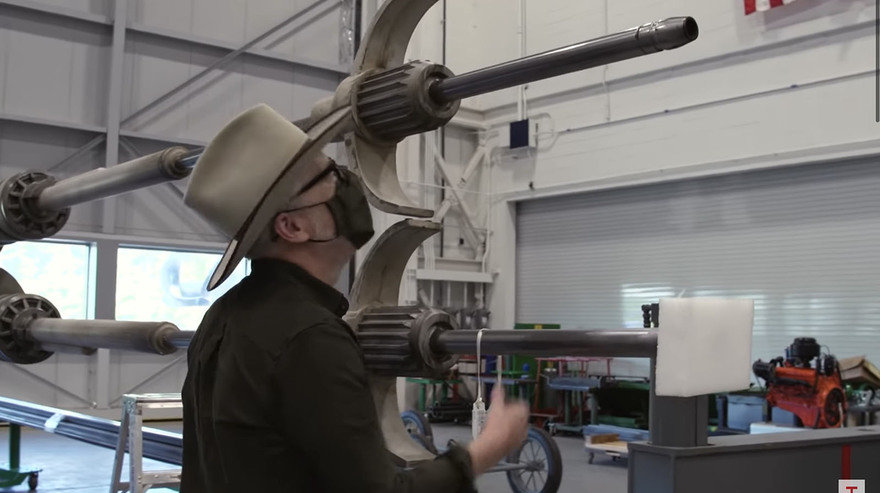 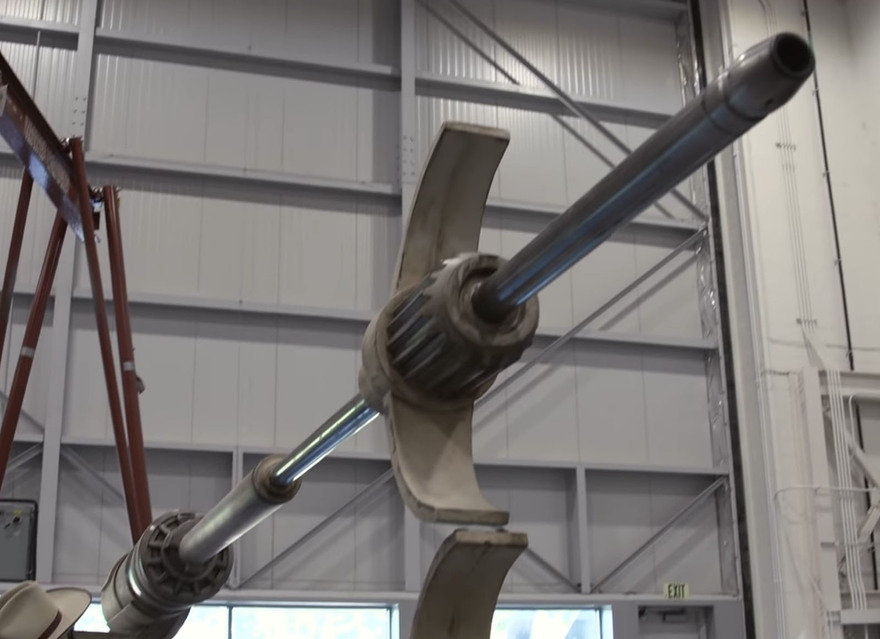 One challenge that Weitekamp's crew has to work out in the hangar is how to suspend it from wires when it goes on exhibition. This T-70 was used for hangar shots in the films, and has been designed and built to support its own weight whilst resting on the ground. Hoisting it into the air, safely, requires a careful examination of the craft's structure and some ginger testing. 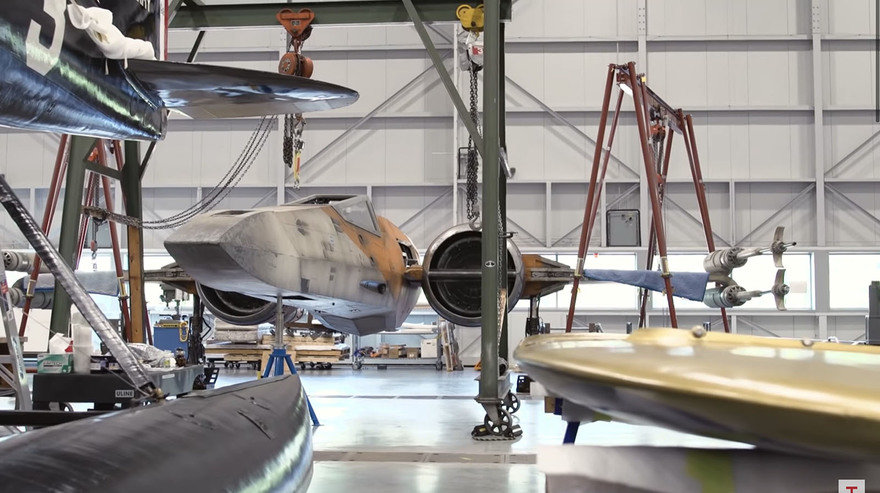 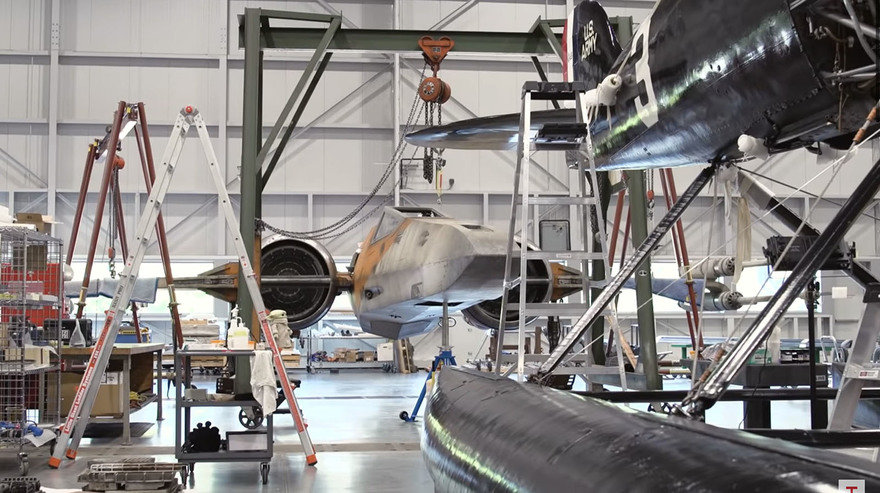 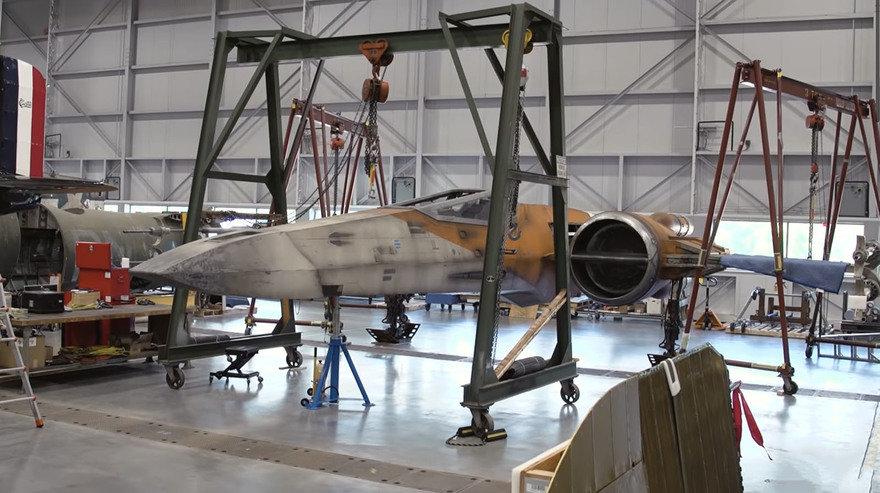 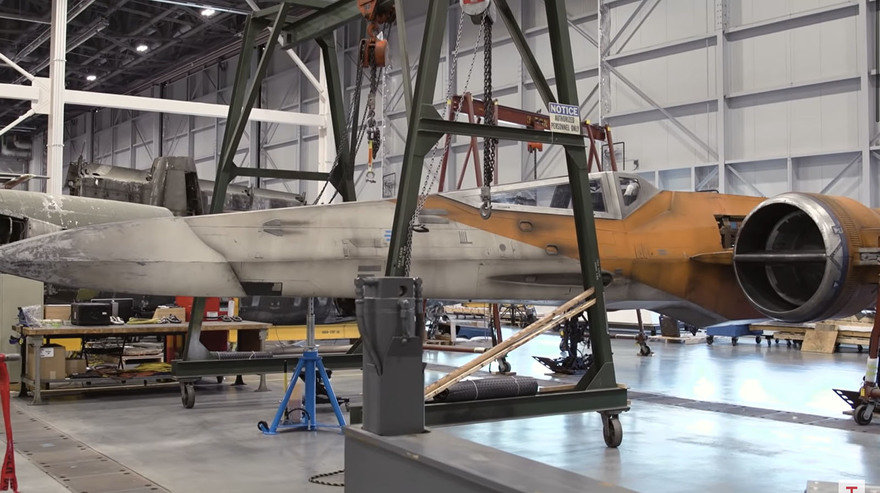 Another challenge is figuring out where the craft may have sustained actual Earth damage during the shipping process, versus the convincing wear-and-tear that Lucasfilm's fastidious modelmakers added to the vehicle. Weitekamp, in the video below, points out a damaged spot that caused her to fret, before learning it was intentionally painted on. 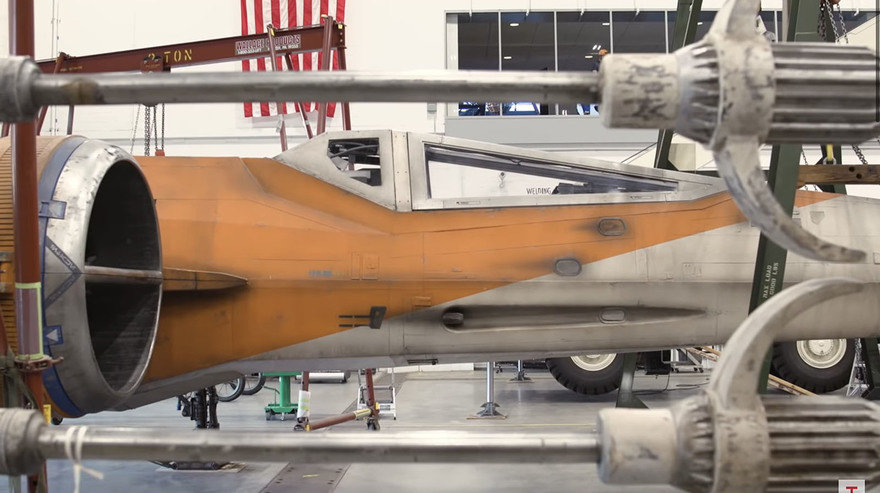 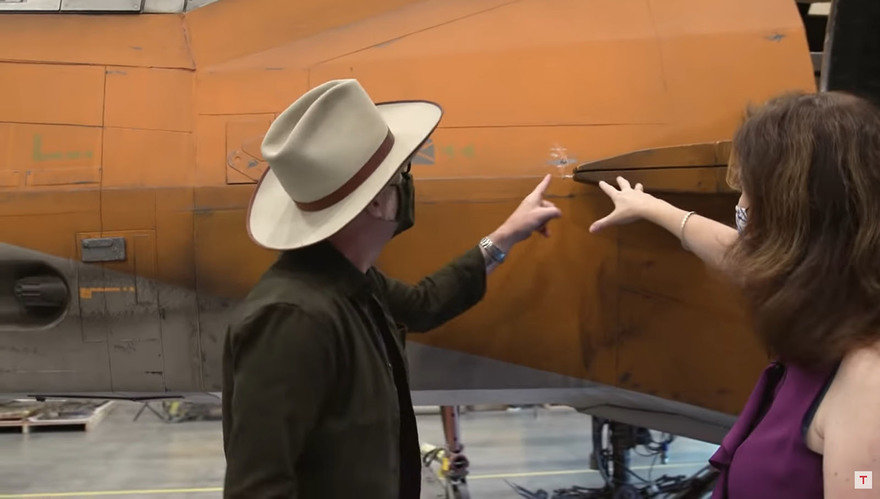 The video below, where Weitekamp goes over the X-wing with Savage, is well worth the watch. In it, she answers the question:

"Why does the premiere museum of real aviation and real spaceflight want an imaginary spaceship? Imagination and inspiration. Those are such important themes for everything that we have here. And we know that if you want to design and build and fly any of these things, you have to be dreaming it up, and a lot of that starts with these fictional visions and the power of that."

The X-wing will go on display next year, in the museum's flagship building on the National Mall.