Here's a wonderfully bizarre, terrifically imaginative project from Industrial Design student Segev Kaspi. Called Forest Ranger Druids, it's Kaspi's graduation project at Israel's Shenkar College of Engineering, Design and Art, and was intended to "stimulate public discussion of atmospheric CO2 levels and the importance of rehabilitating the world's forests." Kaspi has envisioned some startling forms at the intersection of robotics and character design: 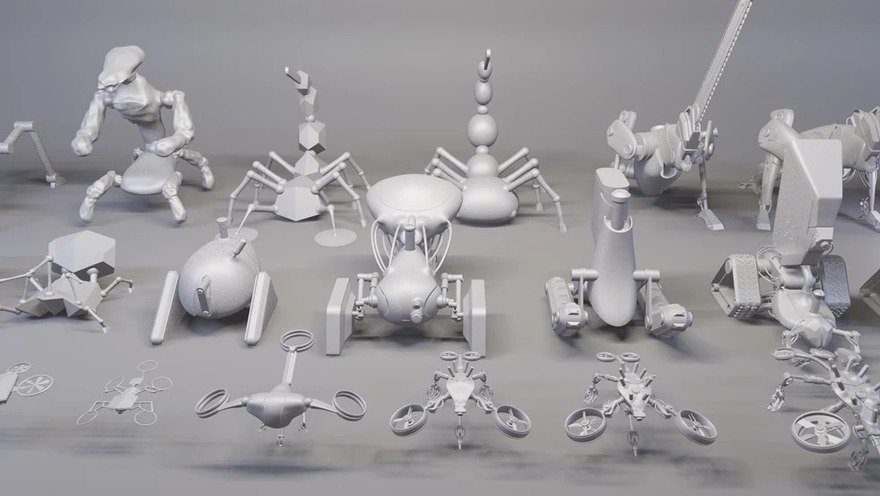 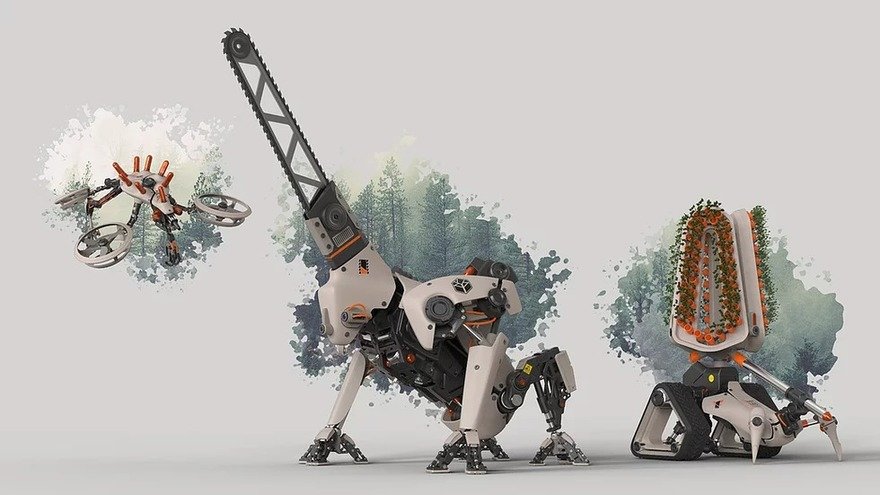 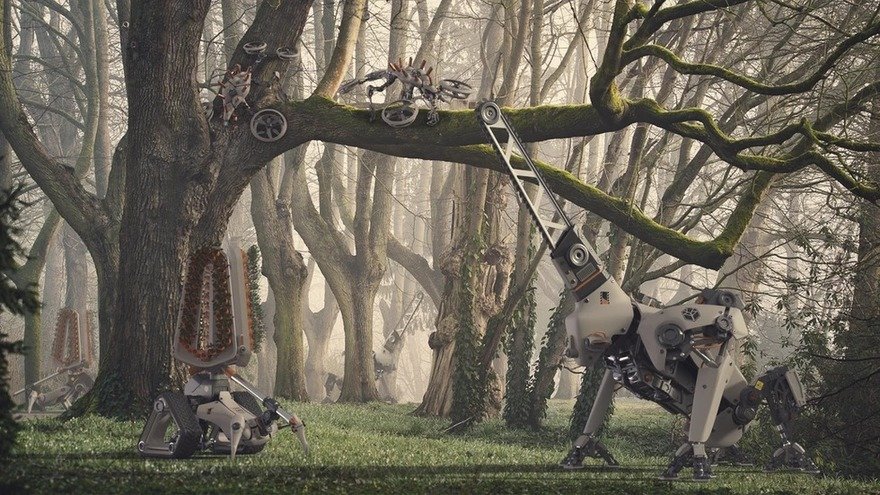 "A series of robotic forest rangers were developed to support reforestation efforts and sustainable forest management." 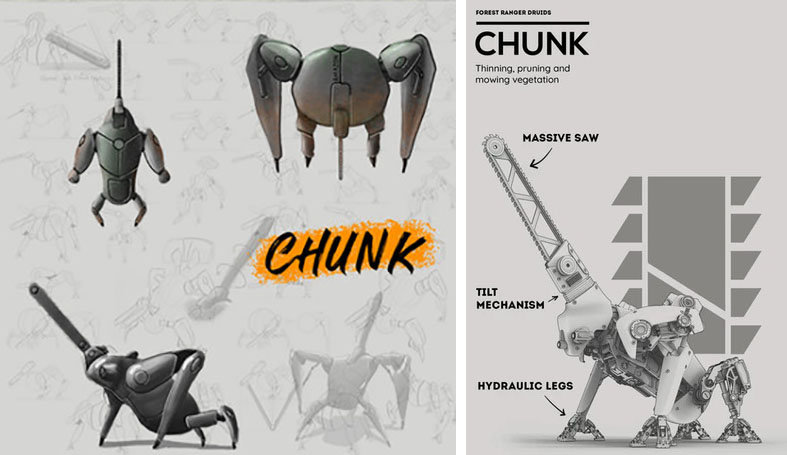 "Each robot is assigned a defined role in managing and preserving the forest. Their roles and design language reflect a long process of studying the work of forest rangers and an attempt to gain an in-depth understanding of the needs of the world's forests." 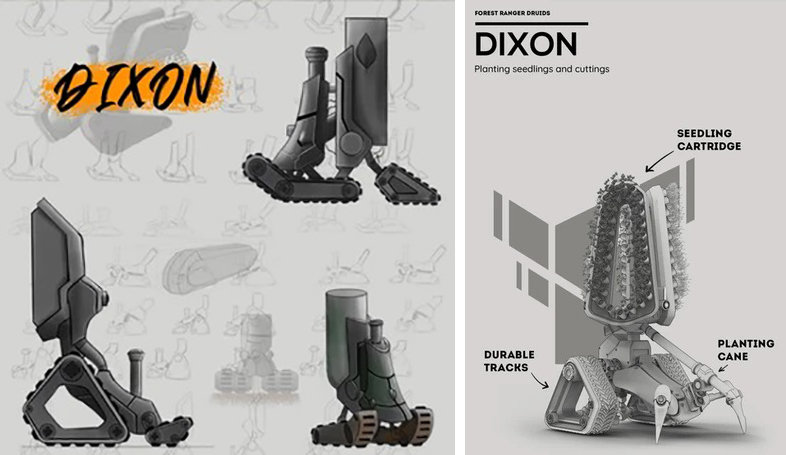 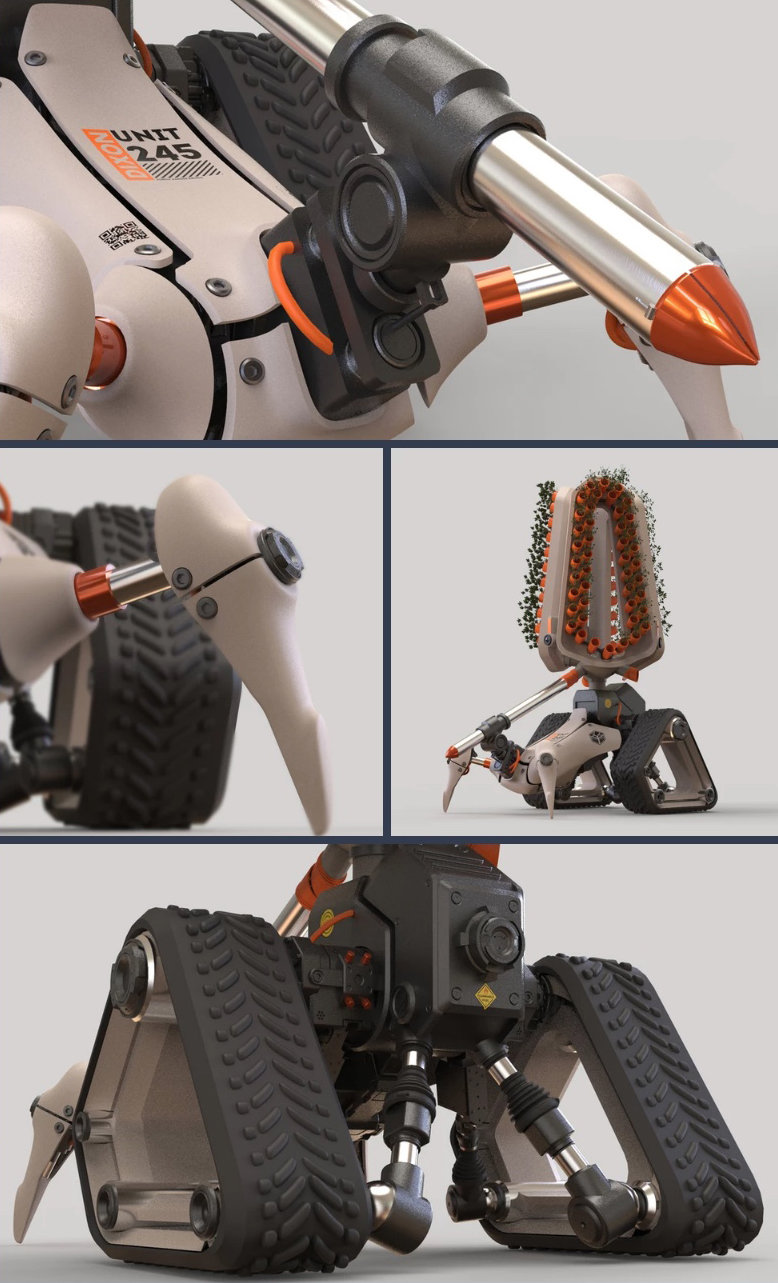 "The robotic foresters operate in systems that change in accordance with the forest's needs, and can function as separate individuals or as members of work groups." 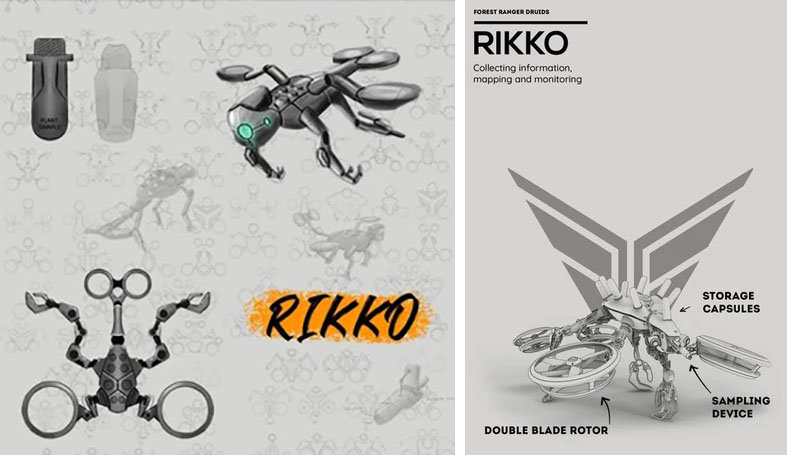 "The project's visual and conceptual power derives from the hybrid connection of two worlds that are perceived as opposites – nature and technology – to offer a possible solution for an urgent problem."