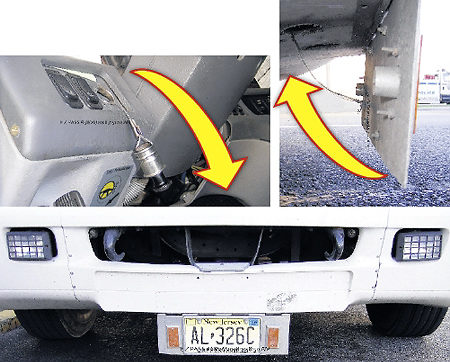 Get this guy to the Maker Faire! The Daily News reports this morning about a Queens truck driver who "took a move from the magician's playbook" and rigged up his license plate with a secret cable so that he could make it disappear as he drove through toll plazas, avoiding the $40 payment. The cable, ingeniously, was routed all the way to the cigarette lighter cavity in the dash, allowing the driver to flip the license plate up under the chassis and out of surveillance sight.