The Omnidirectional Citroën Skate: A Modular Transportation Base

It takes different "pods" up top, transforming its functionality

Citroën has released images of their Autonomous Mobility Vision project, which is based around a "universal mobility platform" called the Citroën Skate. This is an electric-powered, autonomous "skateboard deck" like we've seen before, but this one has spherical wheels, enabling omnidirectionality. 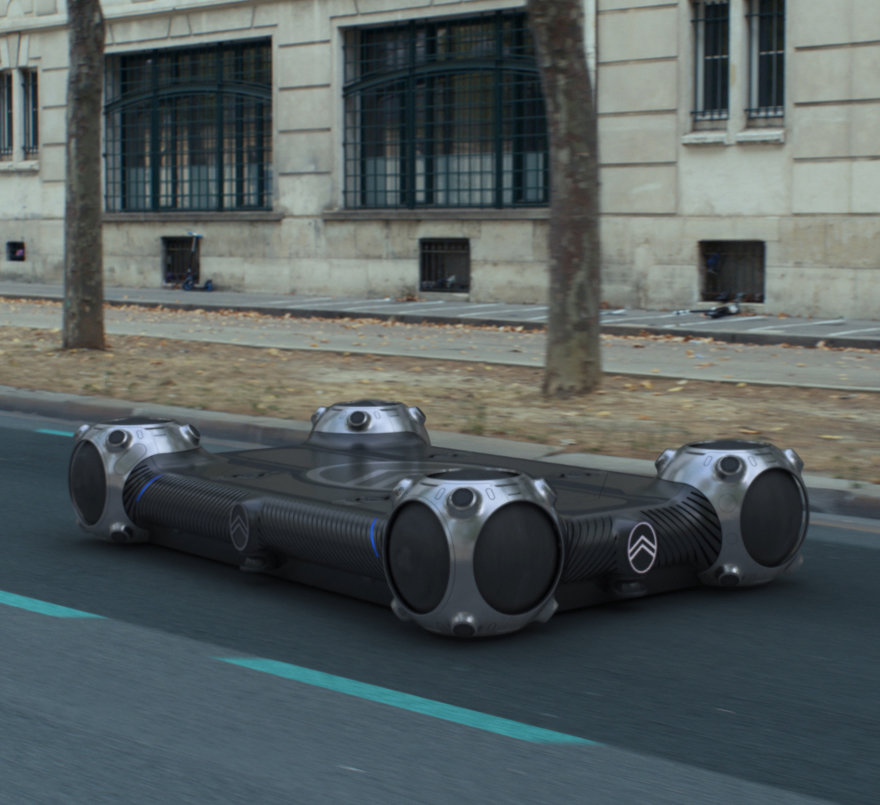 The concept is for the Skate to have different platforms, or "pods," dropped on top of it for different applications. In partnership with hotelier Accor, Citroën envisions one of these being the stagecoach-like Sofitel En Voyage: 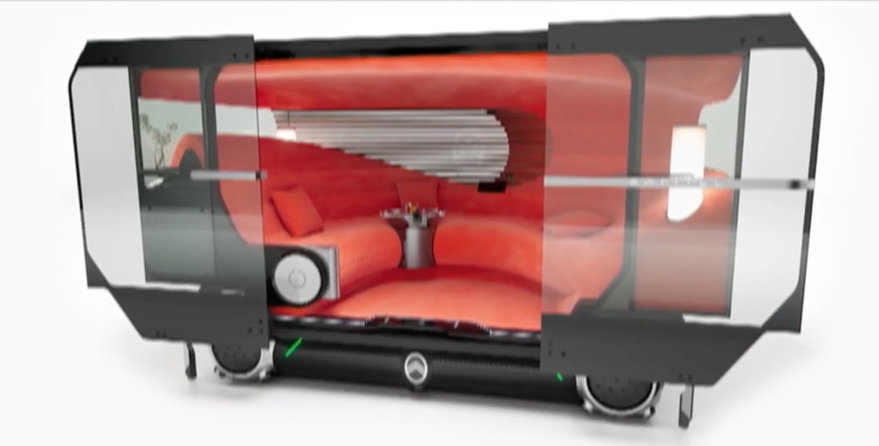 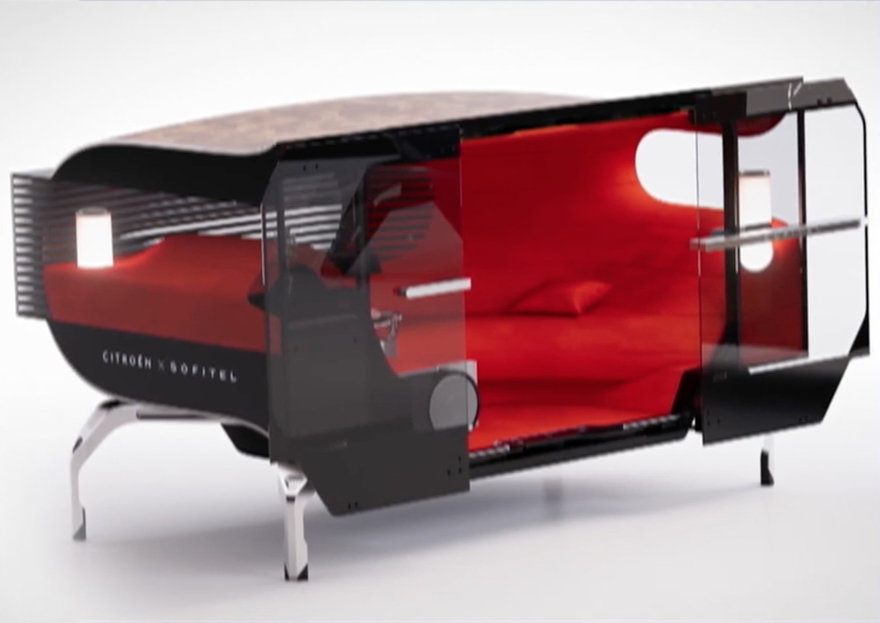 The idea is that you arrive in town on mass transit, then call for one of these to whisk you off to your luxury hotel, or use it like a chauffeur-less limo to ferry you around town: 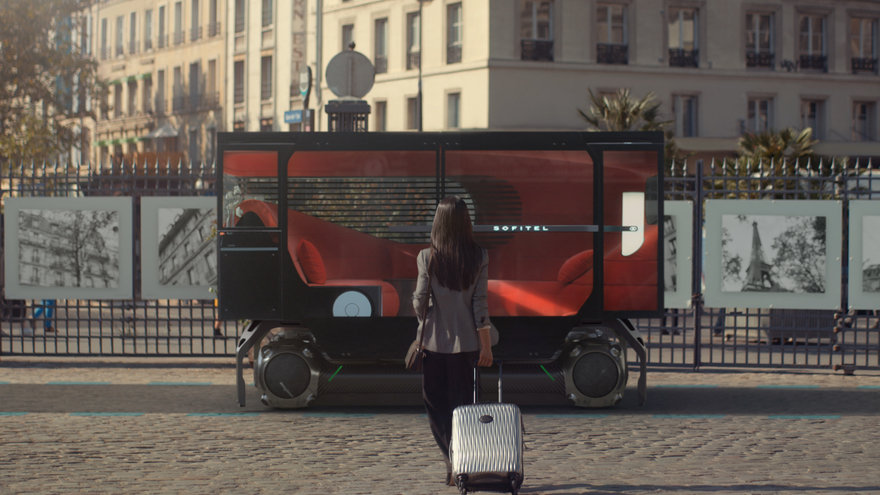 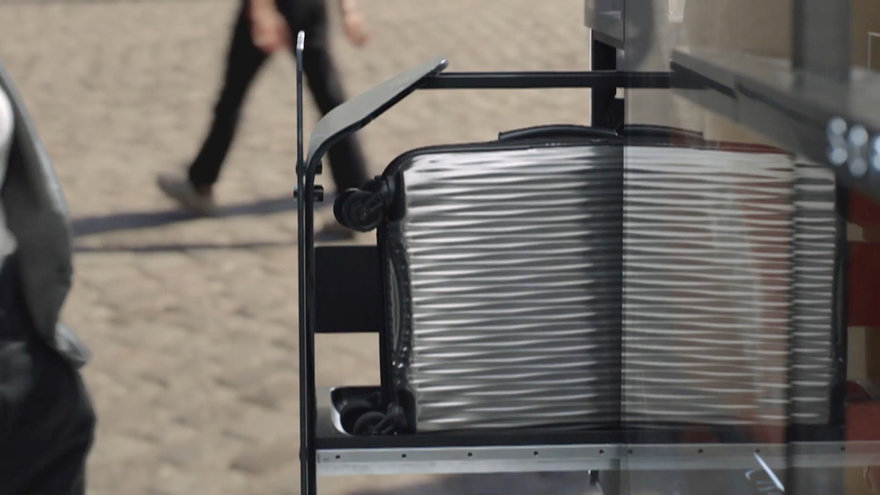 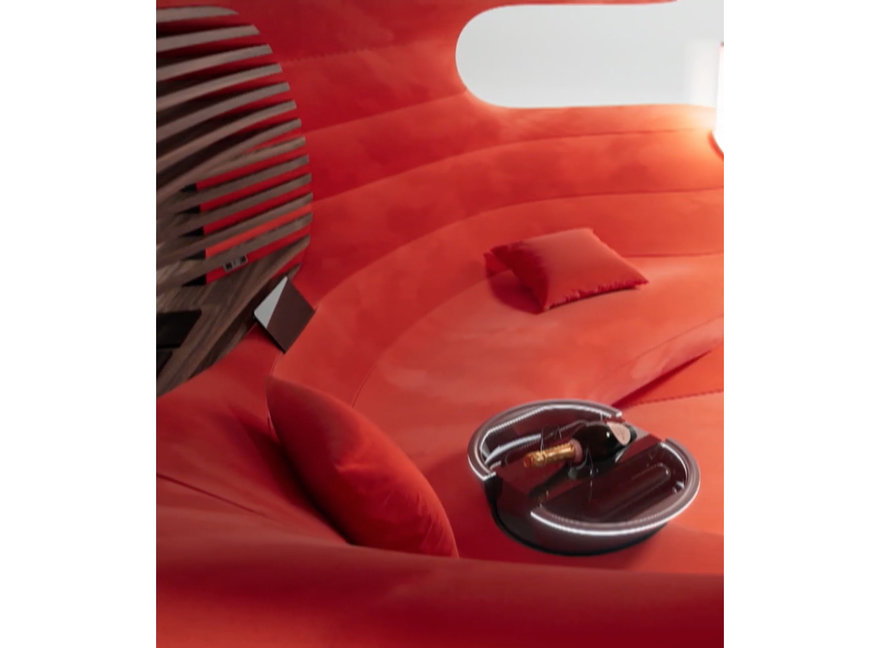 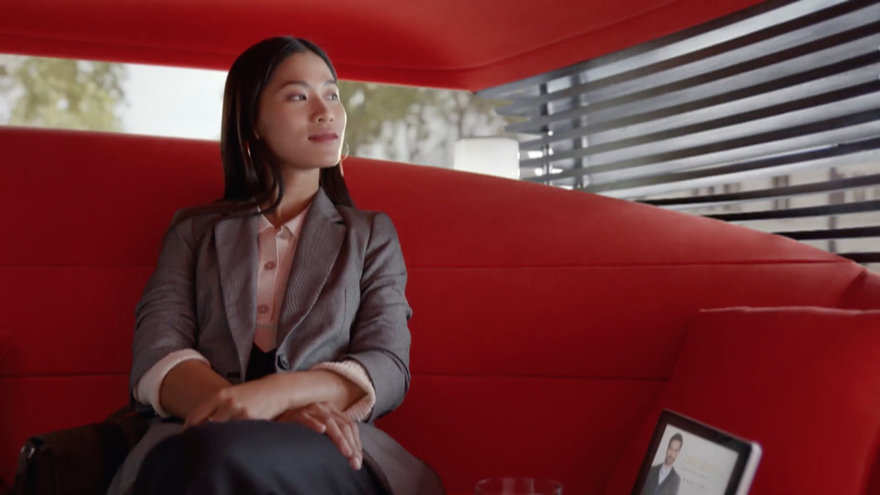 Another platform they envision is the Pullman Power Fitness Pod, which is so dumb I hesitate to mention it. The concept here is that it contains a rowing machine and an exercise bike, allowing the rider to conduct a cardio workout while they ride. It looks creepy and vaguely weapon-like. 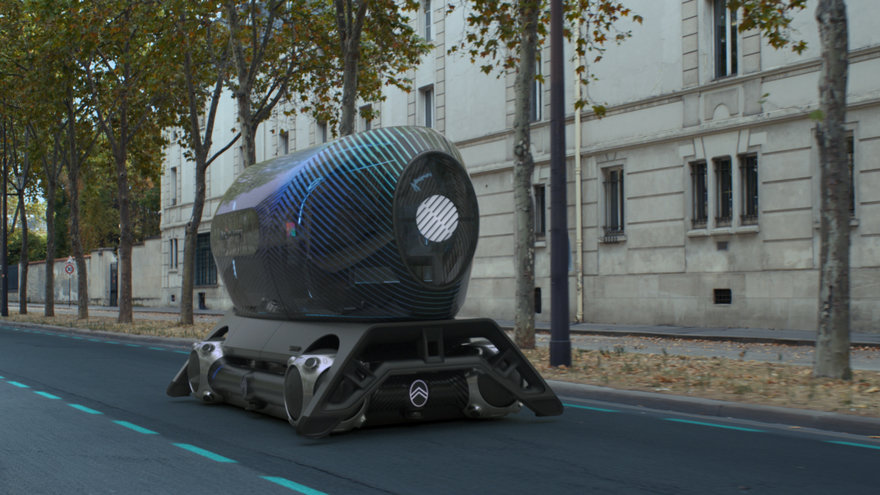 The third concept, the JCDecaux City Provider, is something like a moving bus stop. It's open-air and allows you to stand and ride. Unlike mass transit, however, the routes are user-requested, as with a taxi. Citroën also says the City Provider is wheelchair-friendly, though they don't mention whether it's got a lift or a ramp. 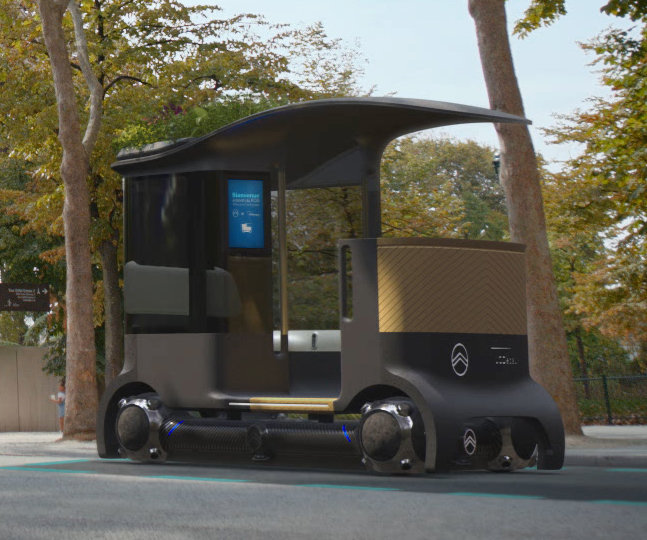 In all, Citroën's design team came up with dozens of examples for pods:

The concepts shown above are commercial. But the real benefit of the system would be that a city or municipality could conceivably get more bang for their buck with a fleet of these, assuming there was an intelligently-designed depot that could store and swap pods in an efficient way. As one example, these could be sent out as people movers during the day, then transformed into trash collection or utility service vehicles at night.

"Citroën Autonomous Mobility Vision offers a wide variety of flexible and affordable services. A local authority looking to introduce electric and autonomous public services to decongest cities could therefore reduce its operating costs using a The Citroën Skate fleet. Numerous public services covering various aspects of citizens' daily lives could also be involved, including transport, health and waste. With a The Citroën Skate fleet, local authorities could absorb spikes in transport demand more effectively during peak hours and offer transport on-demand during off-peak hours, along with safe, noise-free travel options at night. The Citroën Skate Fleet opens up new horizons in mobile, local and personal public services and can be used medical practices, food dispensers, food trucks and security. Artificial intelligence provides the ability to predict where and when these Pods need to be placed according to outdoor events or individual preferences."

The Omnidirectional Citroën Skate: A Modular Transportation Base