At design school, one of my ID professors told us this story about reducing tooling costs:

He was called in to redesign a plastic pet carrier for a client who didn't have an enormous budget. The carrier consisted of a tall top half and a shorter, tray-like bottom half that clipped to each other. My professor changed the design by moving the "equator" up so that both halves were the same, and worked out the rotational symmetry of the joint between them. With this new design, they only needed to pay for one mold, as the two halves were the same. While this doubled the production time, it allowed the client to halve their tooling costs, which was crucial for them.

I'm reminded of that by looking at this Silla Hache ("Hache Chair"), by Argentinian design firm Enbruto: 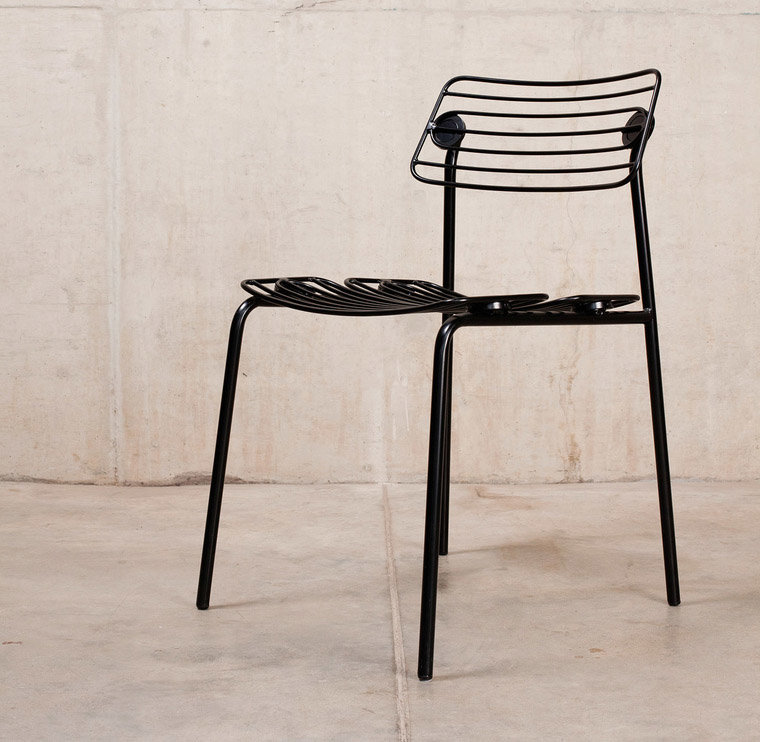 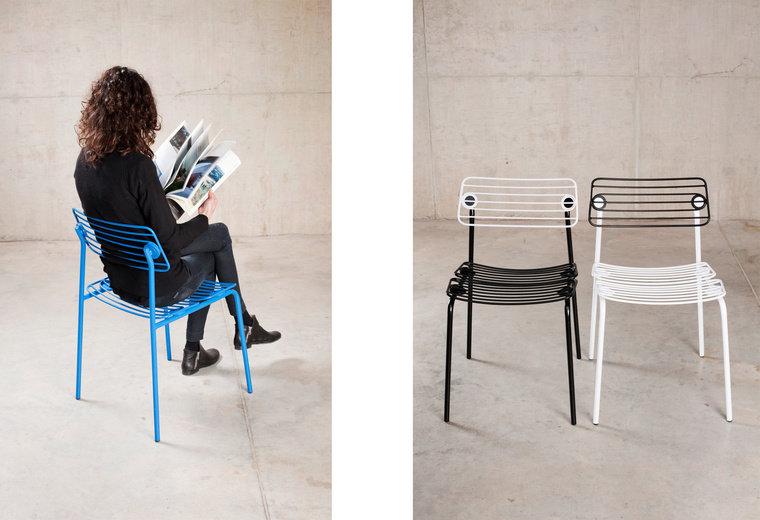 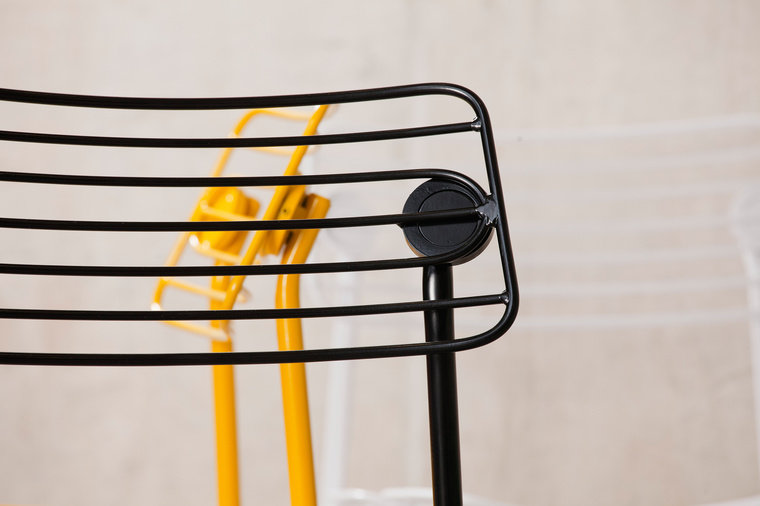 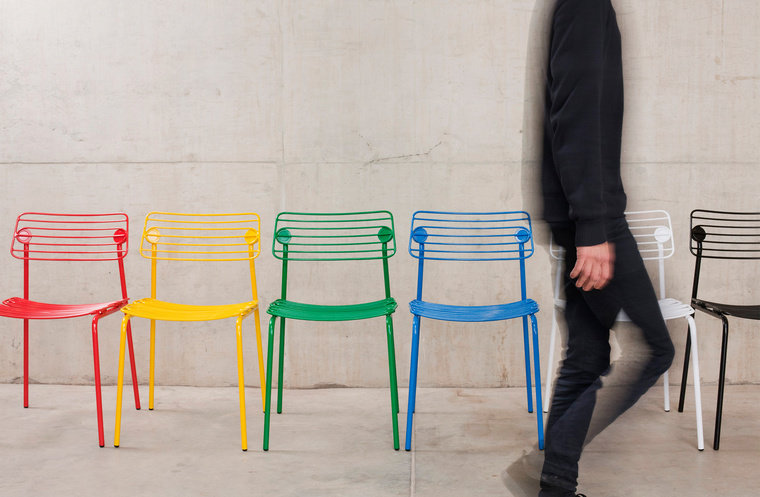 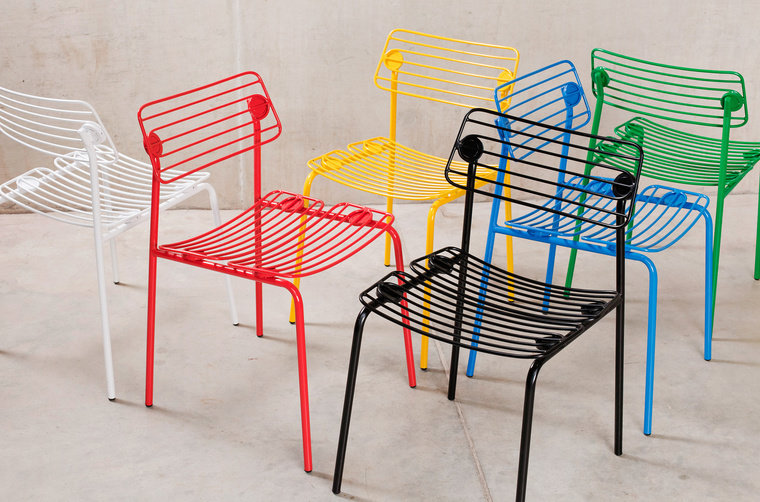 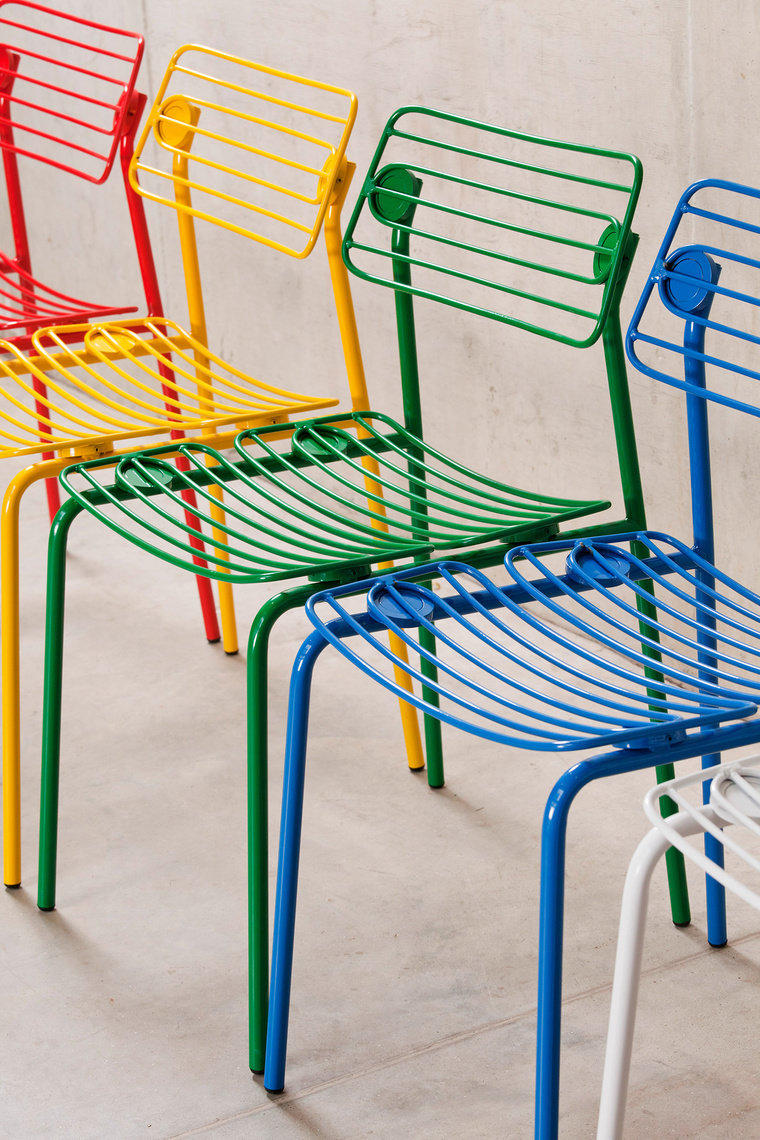 They've designed it so that two of the seatbacks make up the seat bottom, and the left and right legs are the same: 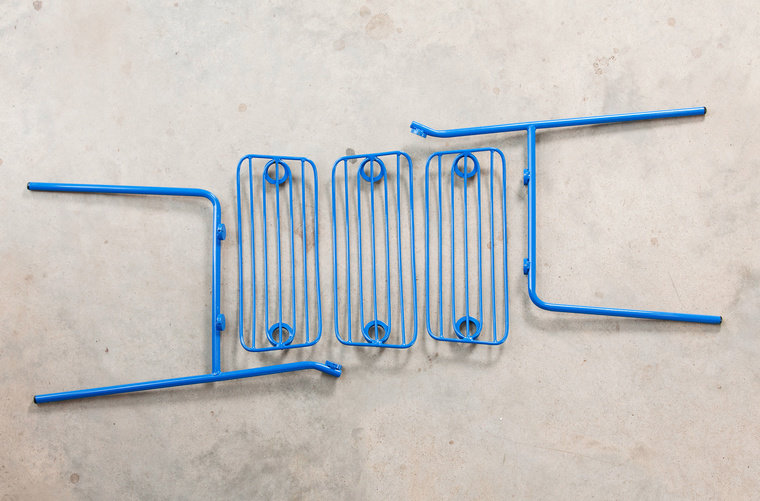 The end user may or may not notice they're the same, but whomever's paying for the tooling surely does.