It's bold, it's ambitious, and Shabazz Stuart is making it happen

A Brooklyn-based startup called Oonee hopes to tackle one of NYC's seemingly unsolvable problems: Bicycle theft. Company founder Shabazz Stuart started the company after his third bicycle was stolen. Oonee's solution goes way beyond designing a better bike lock, and to date is the most holistic solution we've seen yet—as well as the most ambitious. 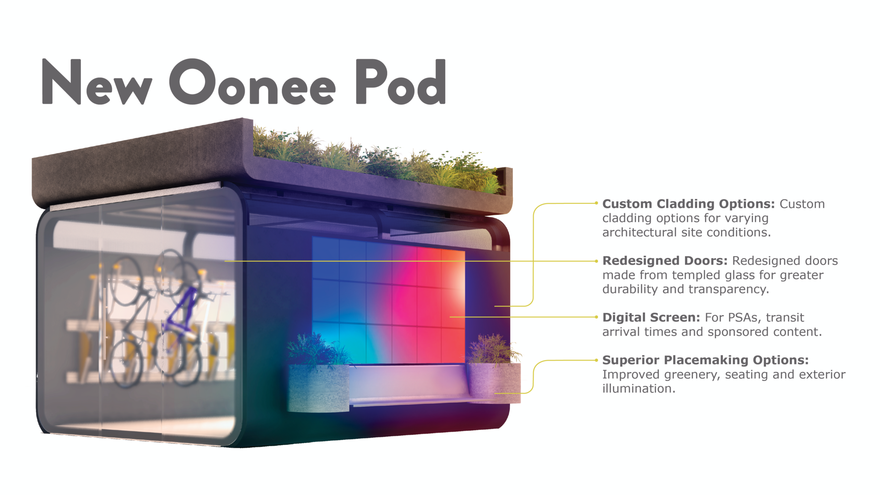 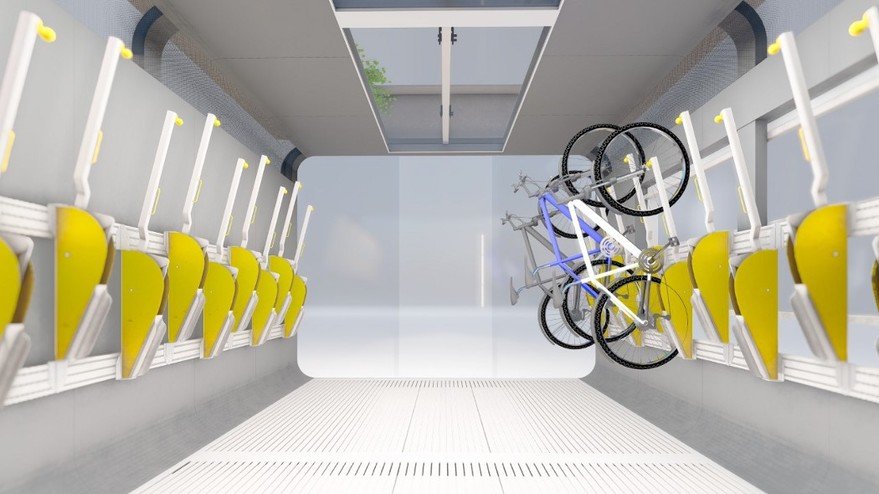 Oonee has designed and built modular bike lockers that they call pods; these can store 20 bikes, and can be scaled up or expanded as needed. Cyclists sign up to become Oonee members, and are granted access to the pods via their smartphone or a key card. Inside (the non-Mini units) are assisted bike lifts and a security camera; users supply their own locks. Spaces are available on a first-come, first-serve basis. 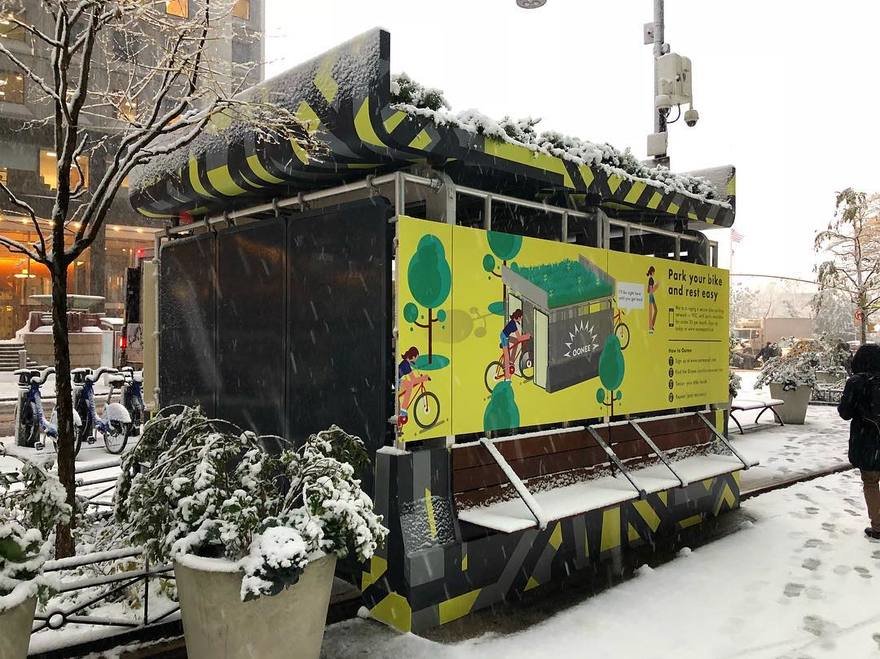 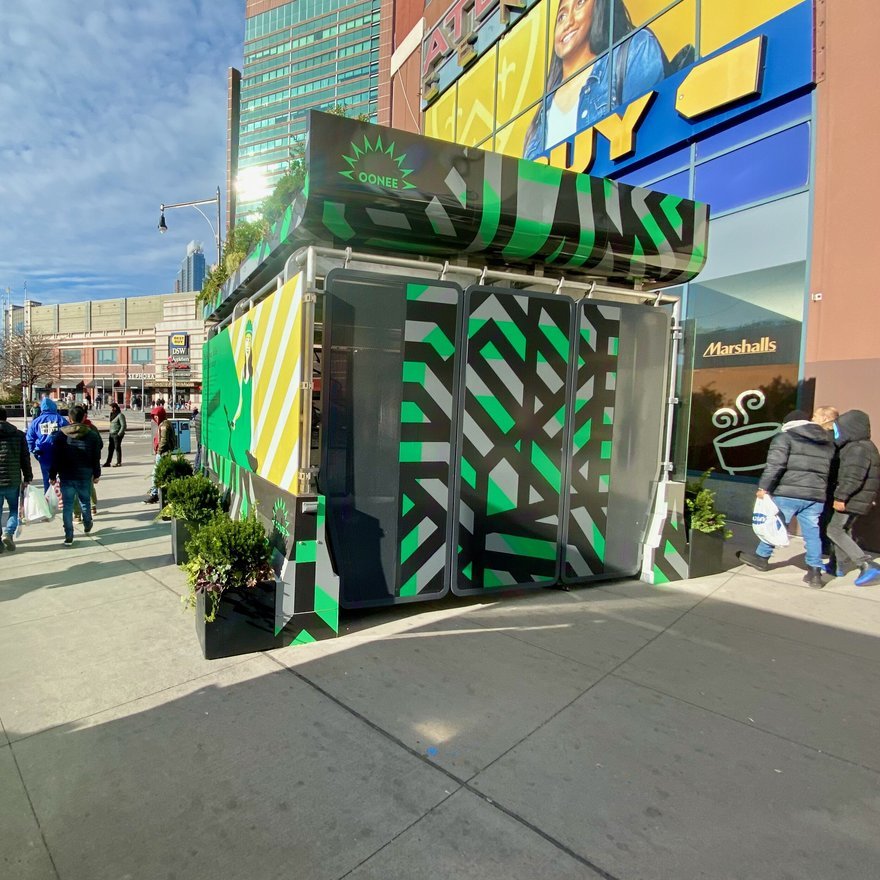 Startlingly, membership is free. Riders pay nothing to lock their bikes up. Stuart did his homework carefully and concluded that plopping a pod down on valuable NYC real estate was going to require buy-in from multiple parties, and shrewdly figured out how to incentivize them all while providing a free service to the end user. Oonee signs contracts with advertisers to emblazon the pods with ads, then splits the revenue with whomever owns the chunk of sidewalk a pod is sitting on, whether it's a landlord or the city. Oonee's cut of the revenue goes towards paying off the pods and, it is hoped, profit. The advertisers have a new location to hawk their wares, and cyclists receive a valuable service for free. The only people that lose out are bike thieves.

Furthermore, Stuart wants traditionally underserved neighborhoods, not just popular ones, to also serve as pod locations. Advertising revenues from pods in more popular locations will be used to support pods in areas that may not be able to find advertisers at all. 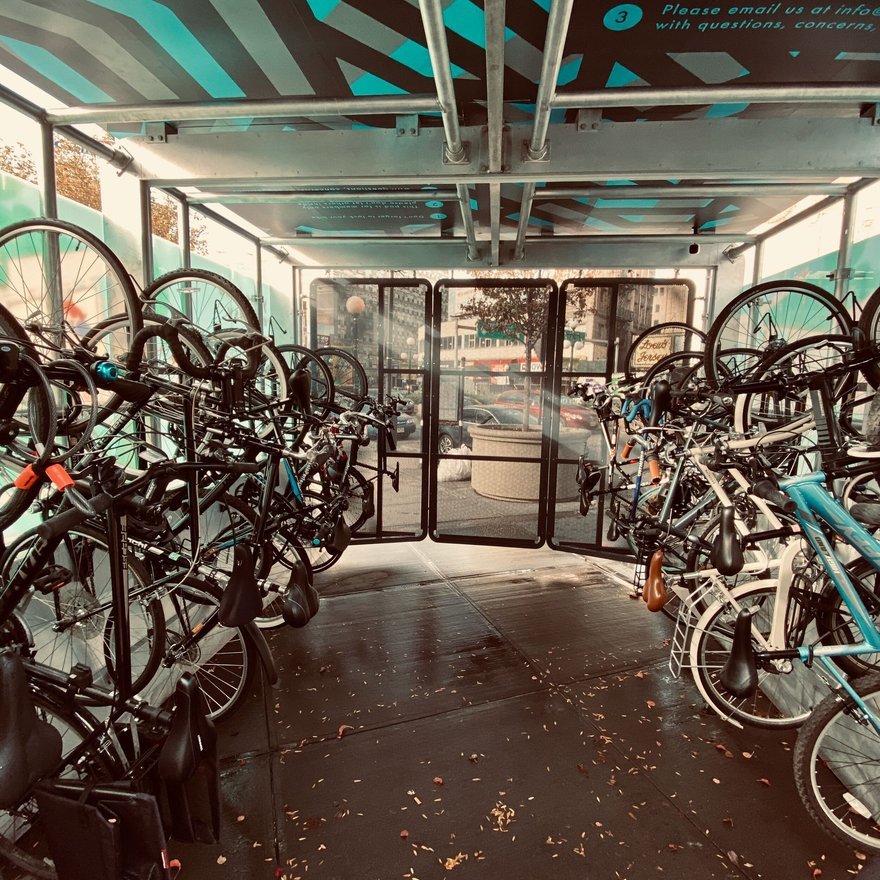 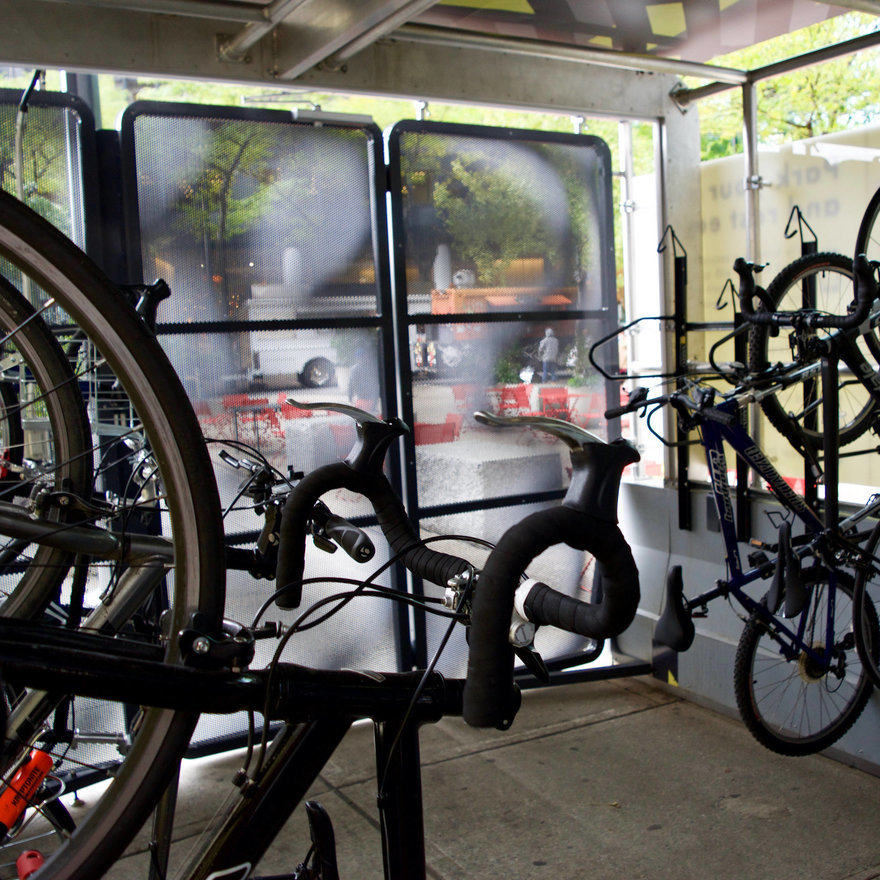 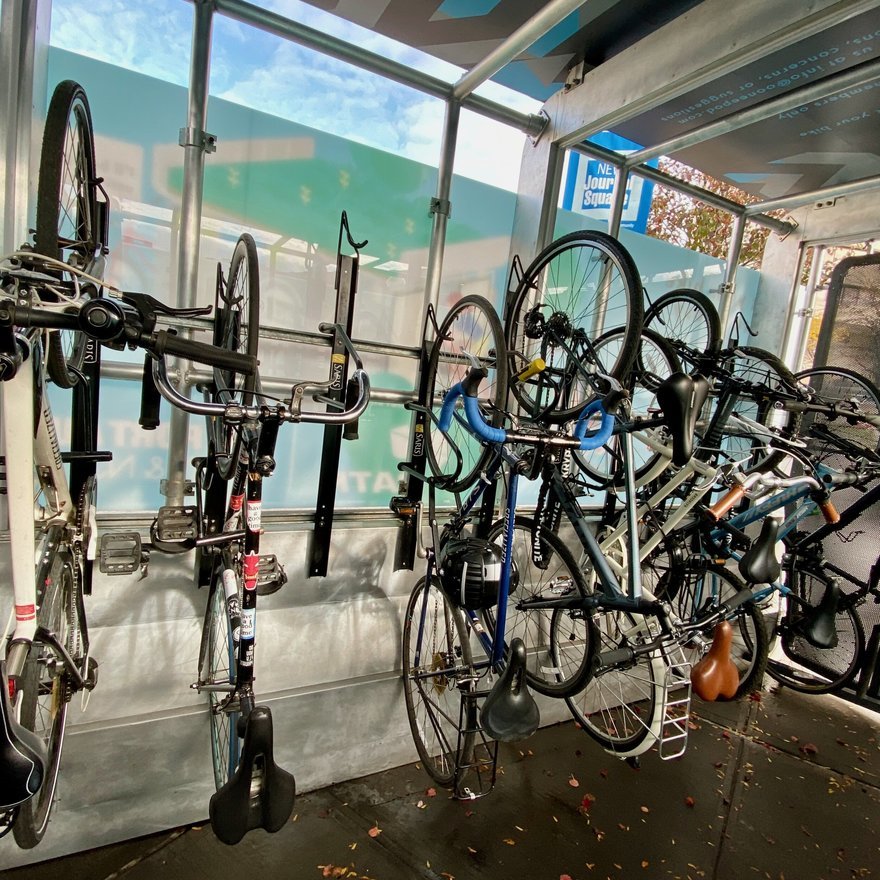 The pods are designed with rooftop greenery, in a bid to offset the billboard-like-look with a slice of nature. A bench attached to the outside of the structure provides public seating. 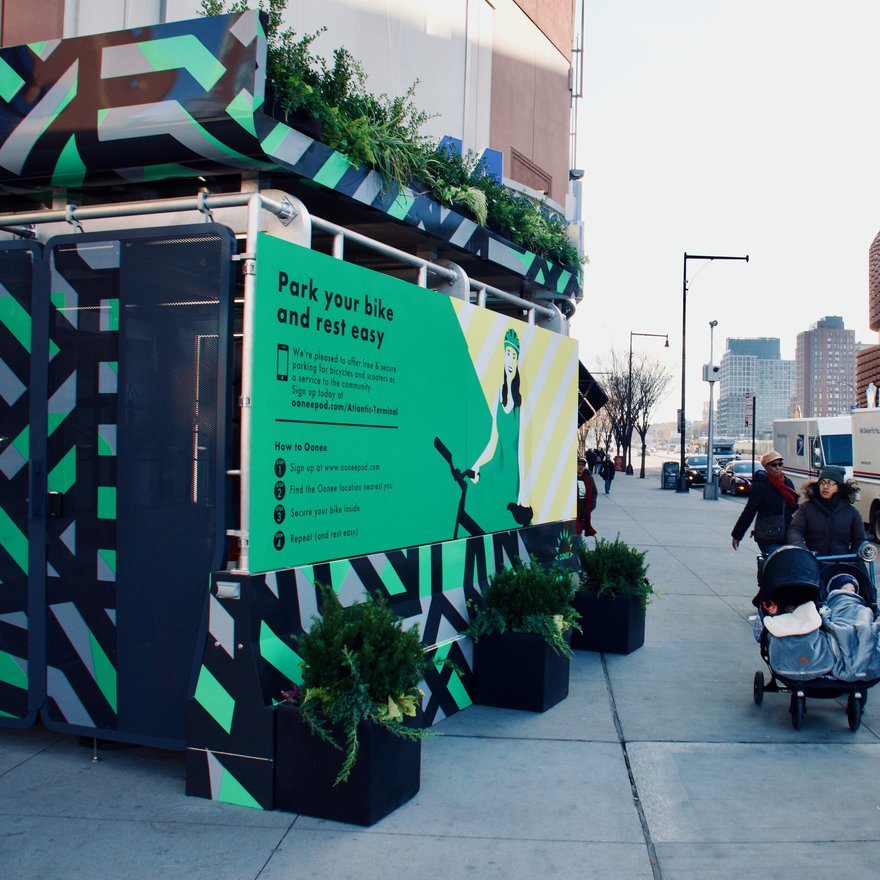 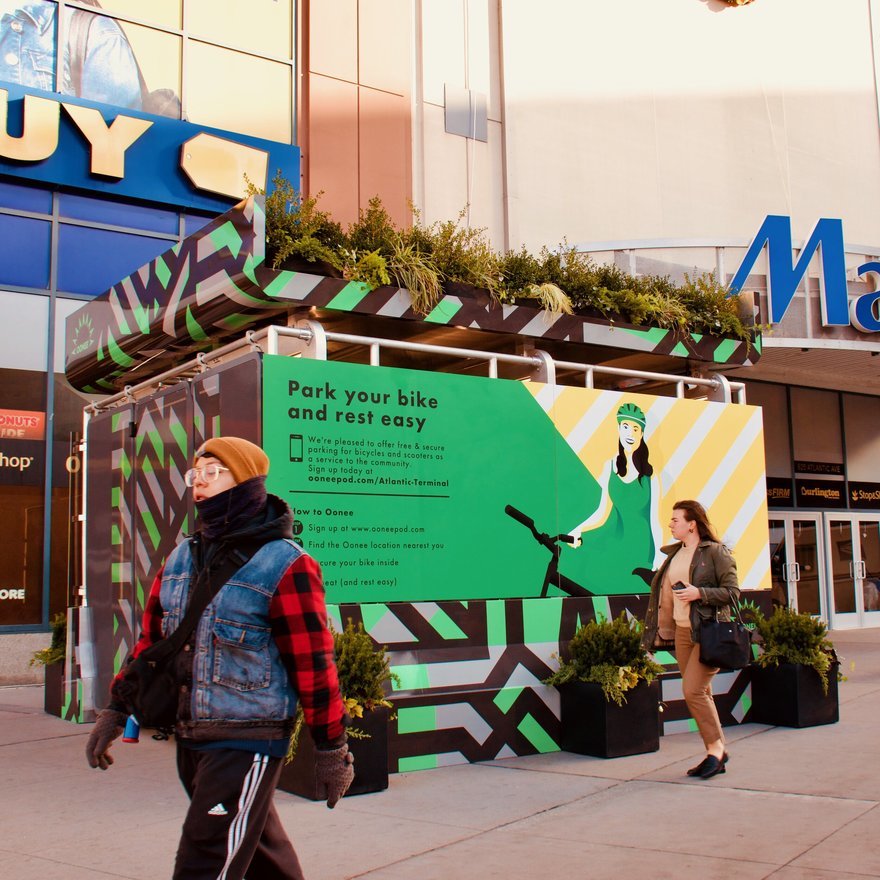 It's ambitious because it's all so unlikely sounding: How will they prevent users from being robbed or assaulted inside the pods, push-in-robbery-style? Will the pods intersect with another persistent NYC issue, homelessness, as with the city's ill-fated experiment with public freestanding bathrooms? What's to stop a thief from signing up to gain access to a pod, then making off with all of the bikes?

Those questions aside, the company is currently operating a trial pod in Brooklyn and another across the river, in Jersey City's busy Journal Square, with more planned: 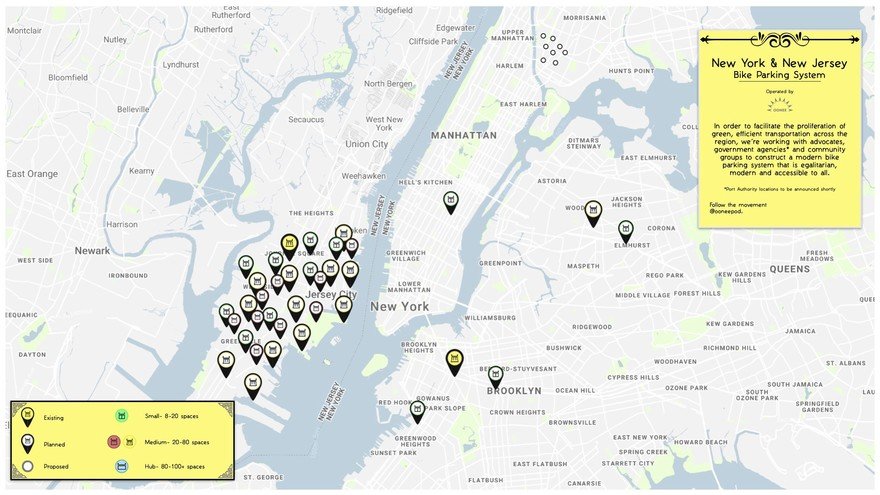 In midtown Manhattan, Grand Central Terminal has announced they'll be placing a pod on their former taxiway outside: 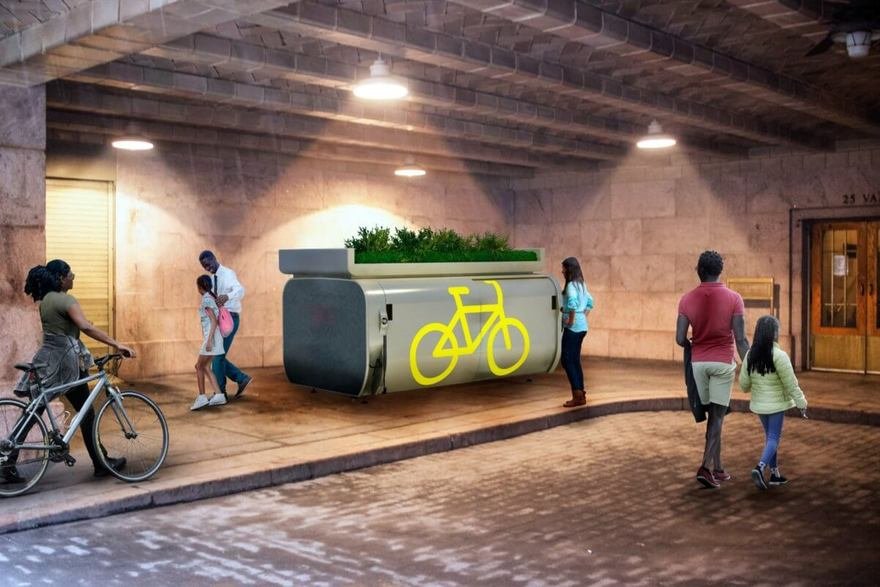 The Grand Central pod is a smaller Oonee Mini pod, which has a six-bike capacity. 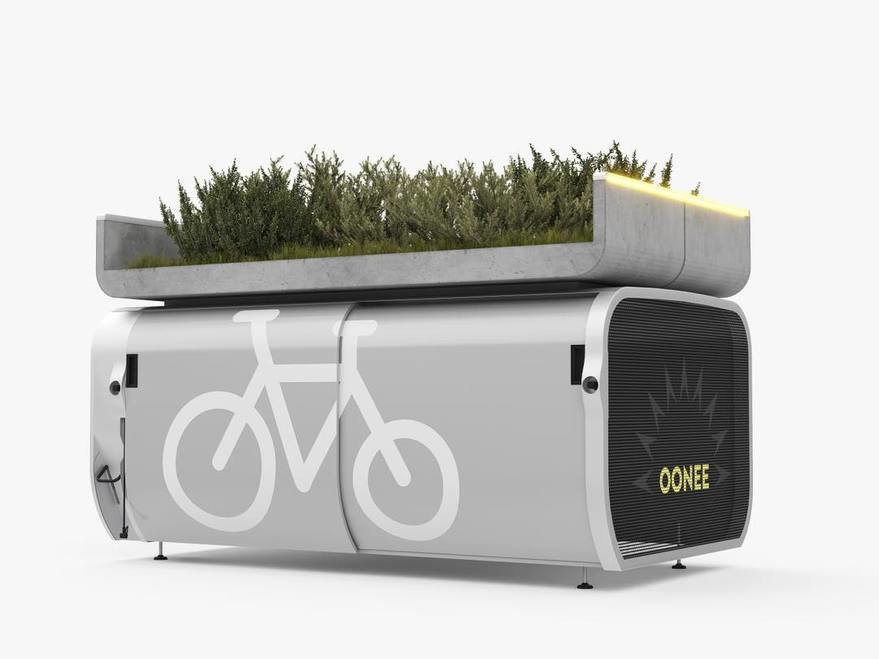 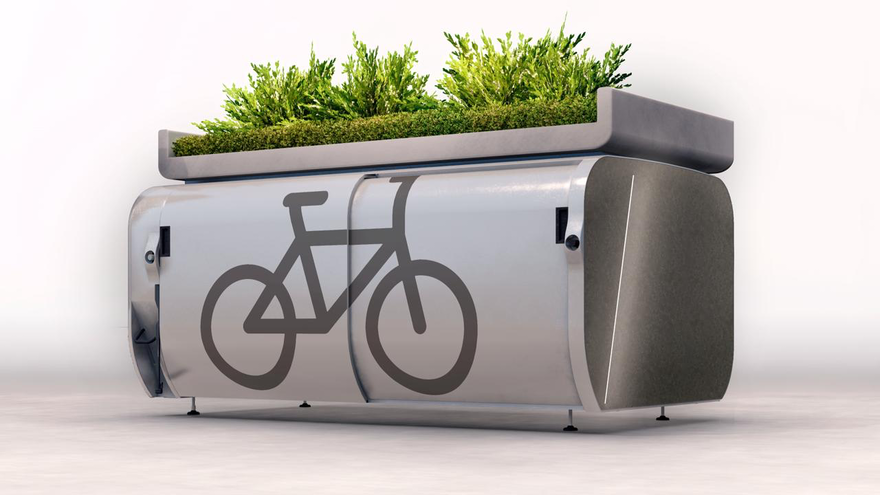 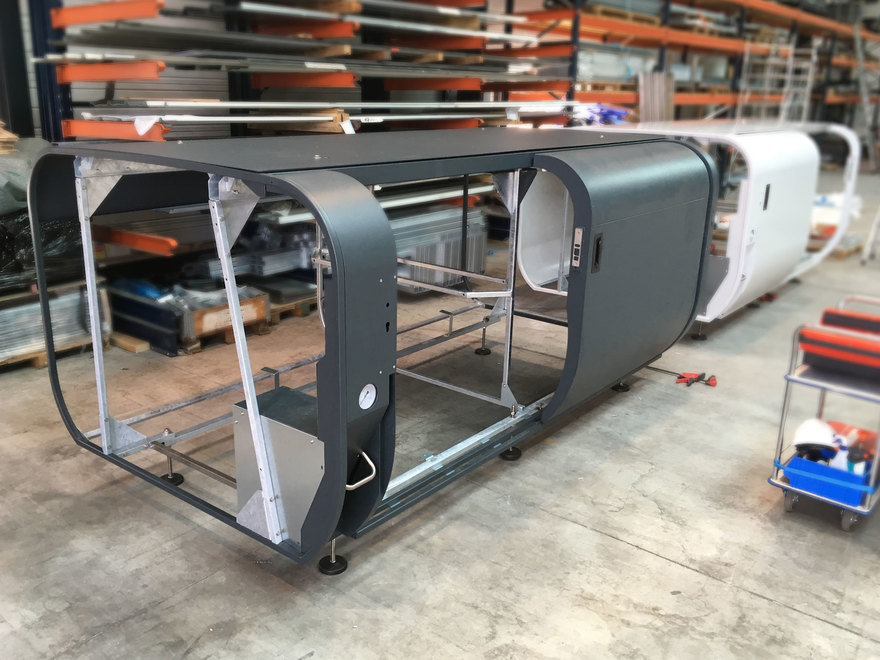 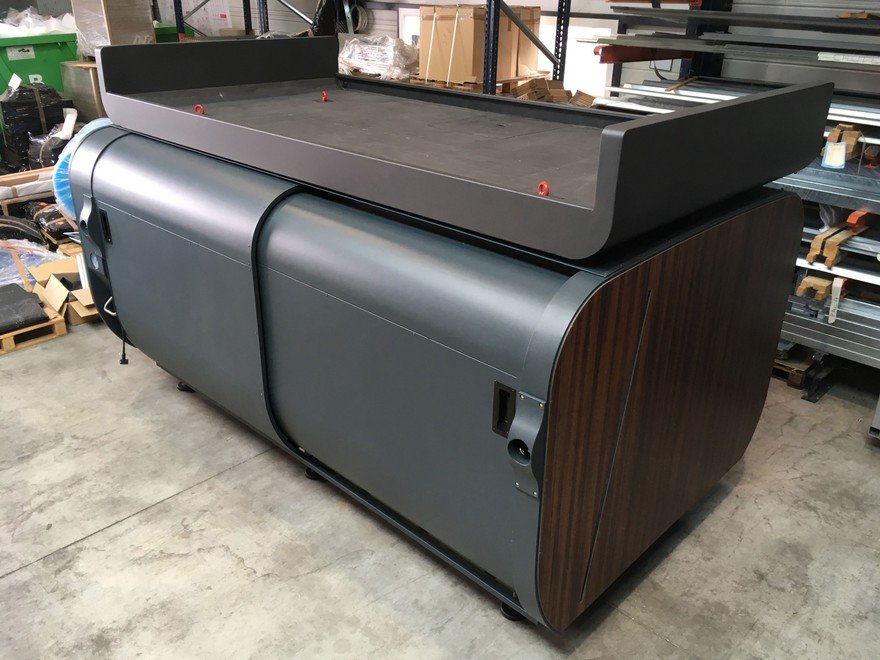 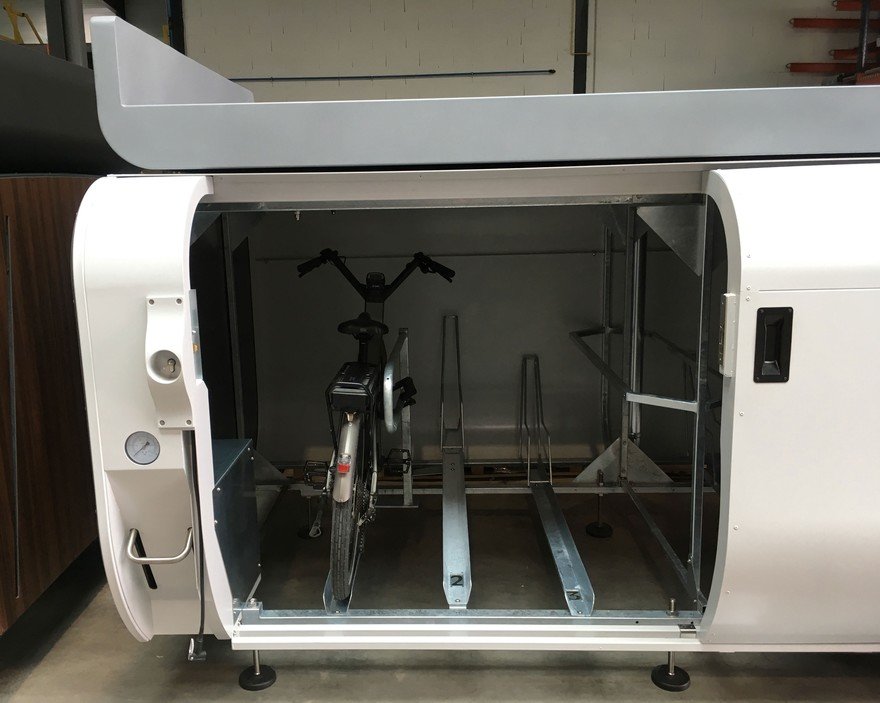 Grand Central opting for the smaller pod points to the larger challenge Oonee faces: How can they ever get enough of these installed to make a real difference in a city as big as New York? I don't know, because it's never been done before—which in turn is because no one could have envisioned that anything like this would even get off the ground. But Stuart did have the vision, and has already surmounted numerous hurdles just to get the current pods realized and installed. As he's told Bloomberg, multiple investors passed on Stuart's pitch before he landed at startup accelerator Urban-X.

Stuart says that "hundreds, if not thousands" of pods would be needed to meet demand. "It's a radical vision. It's an ambitious vision. I don't deny that. But those are the ideas that are worth doing, in my opinion."

You can learn more about Oonee's plans here.