On Barcelona's Entença Street there are three schools, but no bike lanes. This has led to a phenomenon where, for safety's sake, parents have organized a sort of mass bike ride to the school each Friday morning. Five kids on bikes are a lot easier to see than just one; but while the group started with five kids in September, the group has grown to more than 100 kids and parents, all cycling together in a gigantic blob of bikes, right in the middle of the street. 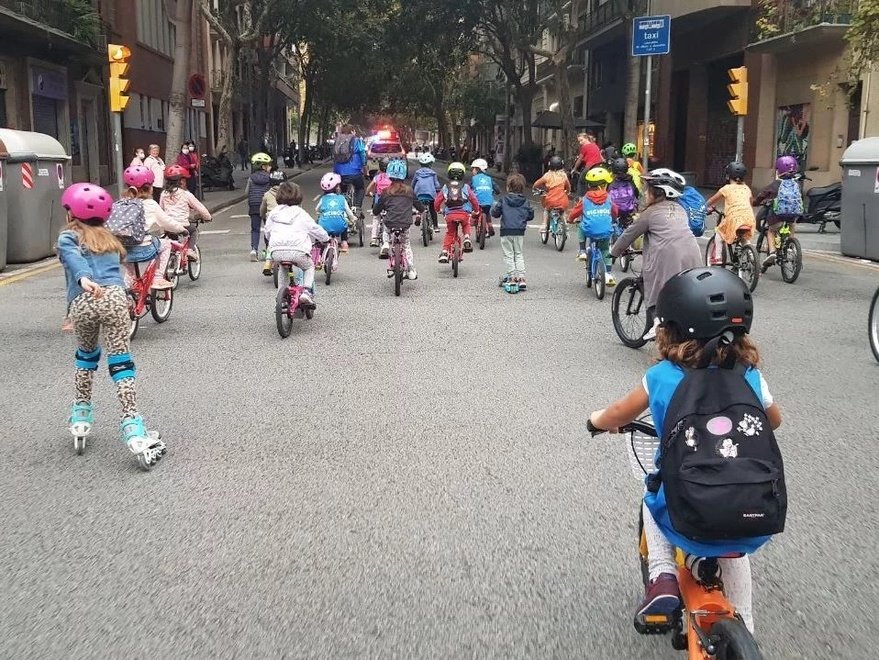 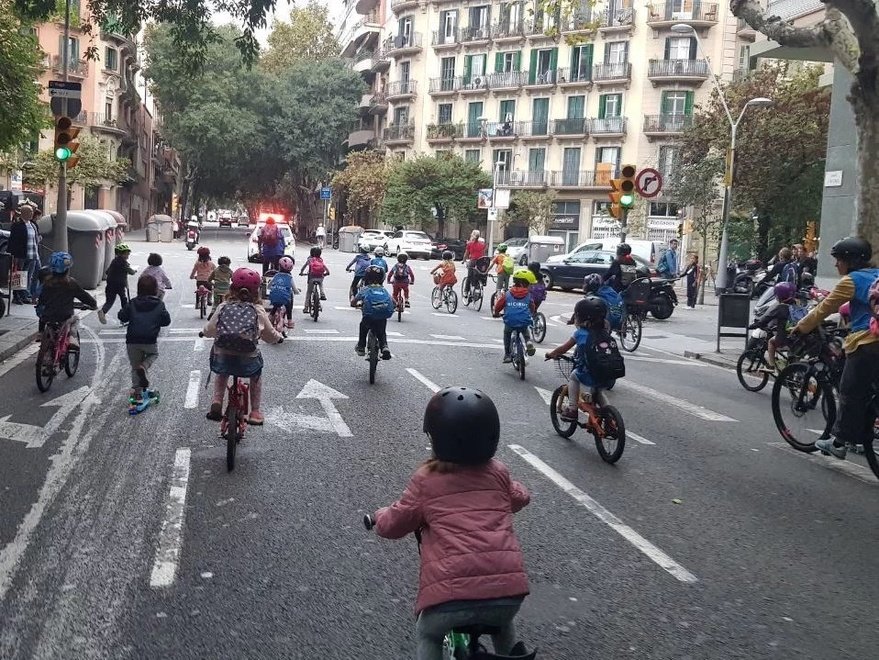 The phenomenon is called a bicibus, or "bike bus."

Barcelona resident and parent Mireia Boix, who participates in the rides and shot the photos you see here, is hopeful that the trend might reduce car traffic and increase bike traffic. "Bicycles are a means of transportation, and if a 5-year-old can ride a bike to school it means that everyone else could," she told NPR. "If the population uses their bikes, there will be a healthier, quieter and overall better city to live in."