What is believed to be the oldest leather shoe in the world is the Areni-1, some 5,500 years old, recovered by an archaeologist at an Armenian cave. It's technically impressive for being made over five millennia ago, and it looks like what you'd expect: 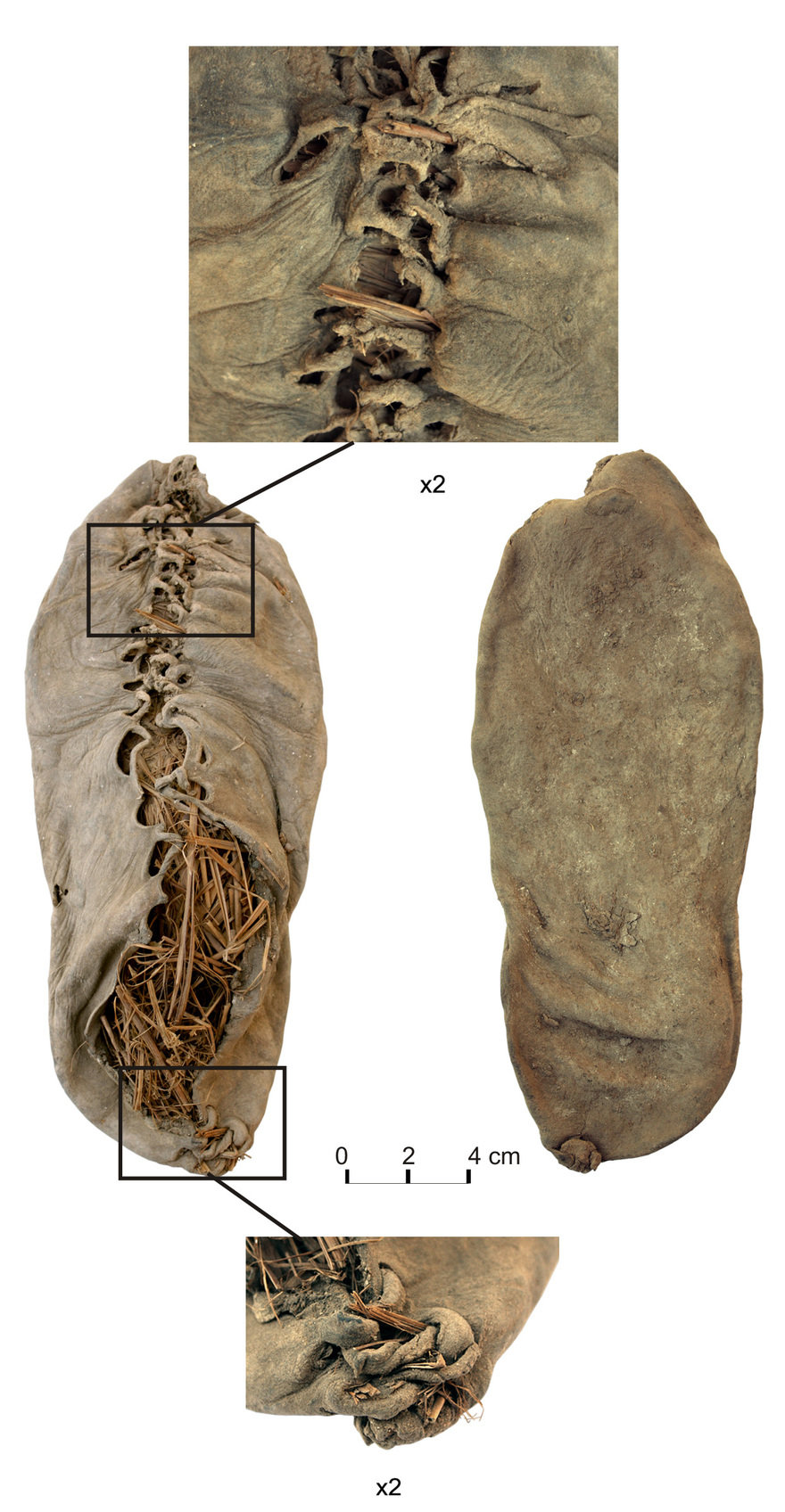 However, this shoe below, recovered from a well at the Saalburg Roman Fort in modern-day Germany, is about 2,000 years old—and looks shockingly modern: 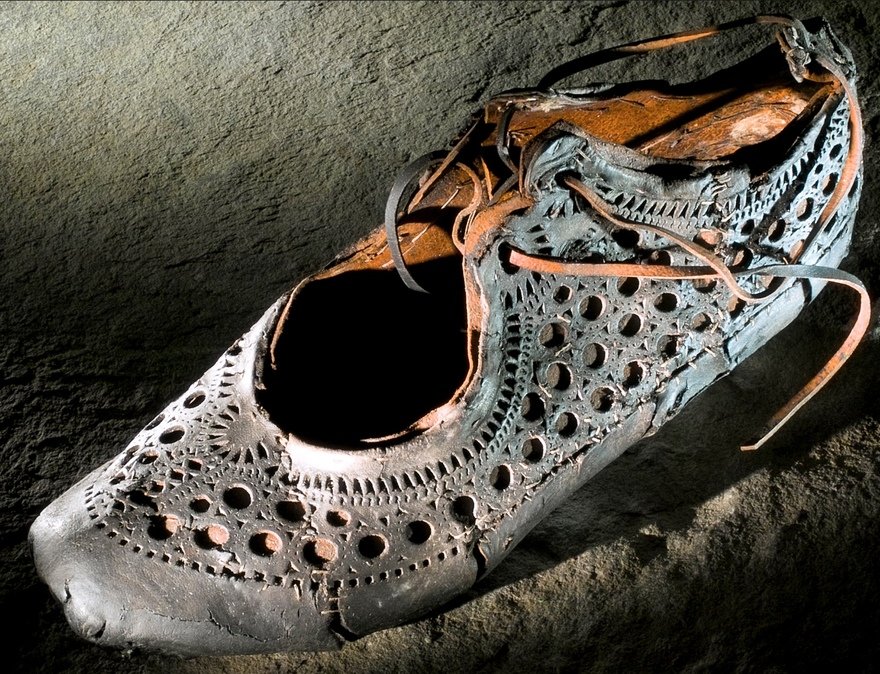 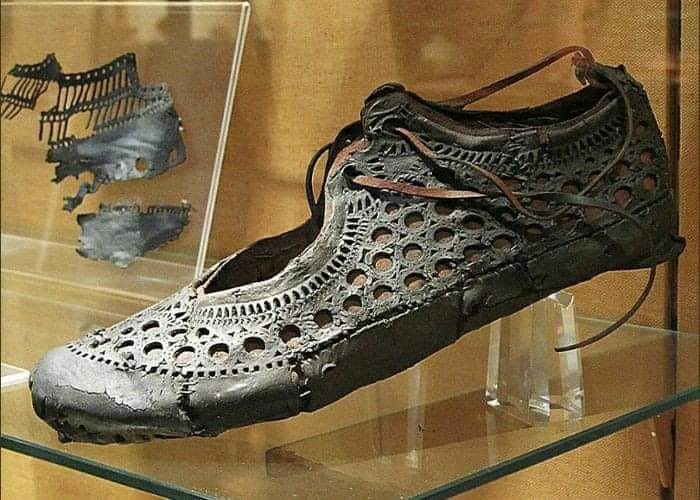 That's 3,500 years of advancement in craft for you.

For those interested, the Saalburg Museum has (unembeddable) video here showing how this shoe was made. 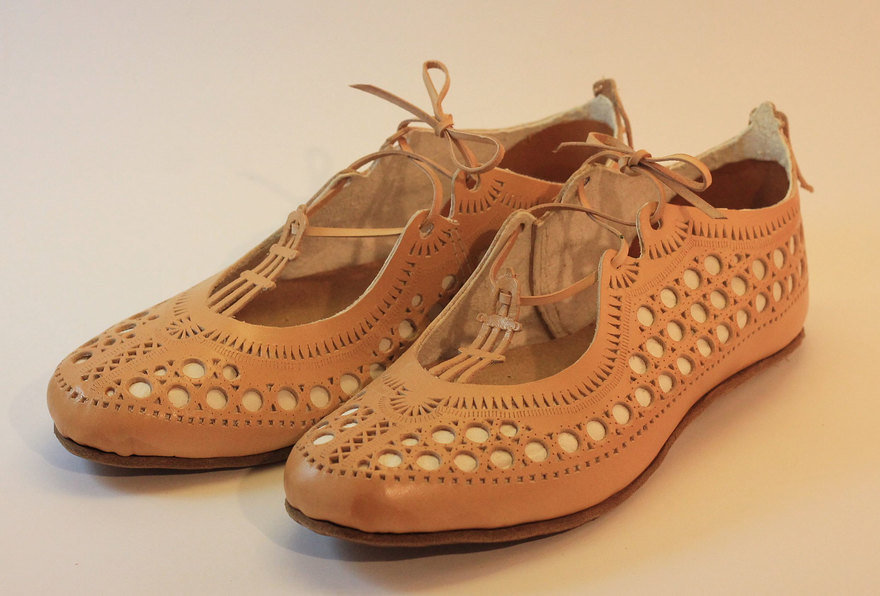