To get from Earth to space, rockets burn through hundreds of thousands of gallons of fuel with each launch. It's incredibly wasteful and expensive—the bulk of each rocket is the boosters and the fuel--but there's been no other practical way to get satellites into space. 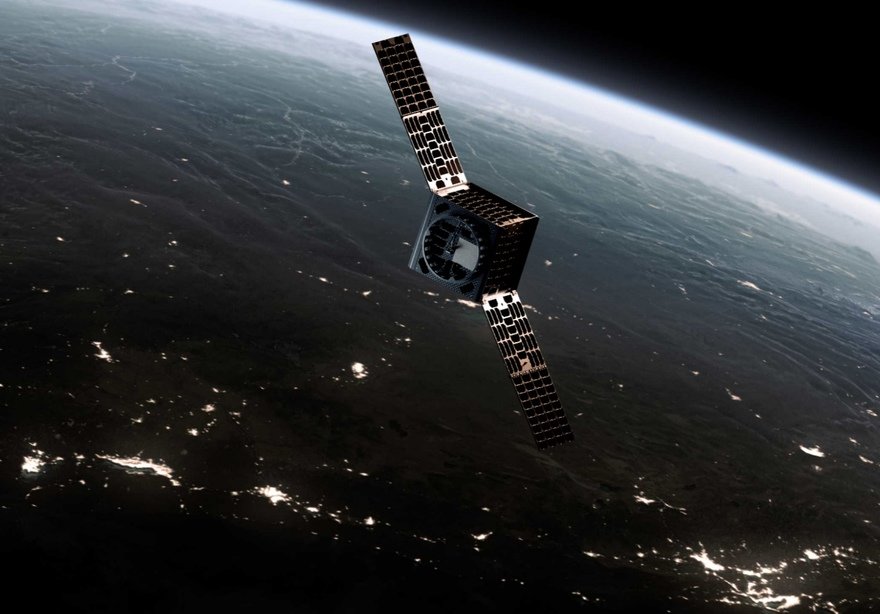 A startup called SpinLaunch is changing that. Instead of rocket fuel and boosters, the company is using electricity and physics to launch spacecraft. The company's concept is to build a gigantic, vacuum-sealed centrifuge—taller than the Statue of Liberty—inside of which a single carbon-fiber propellor will spin, powered by electricity. 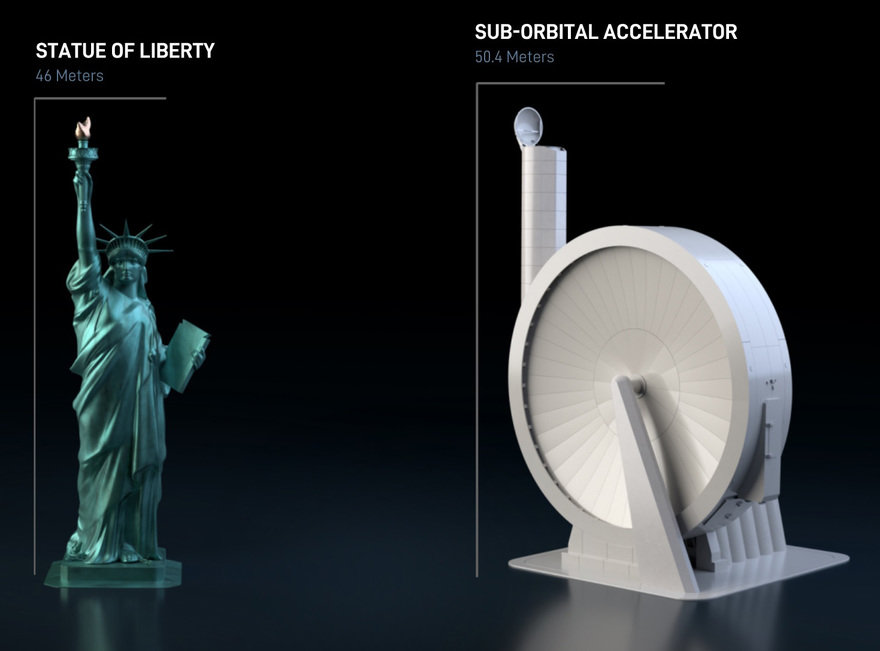 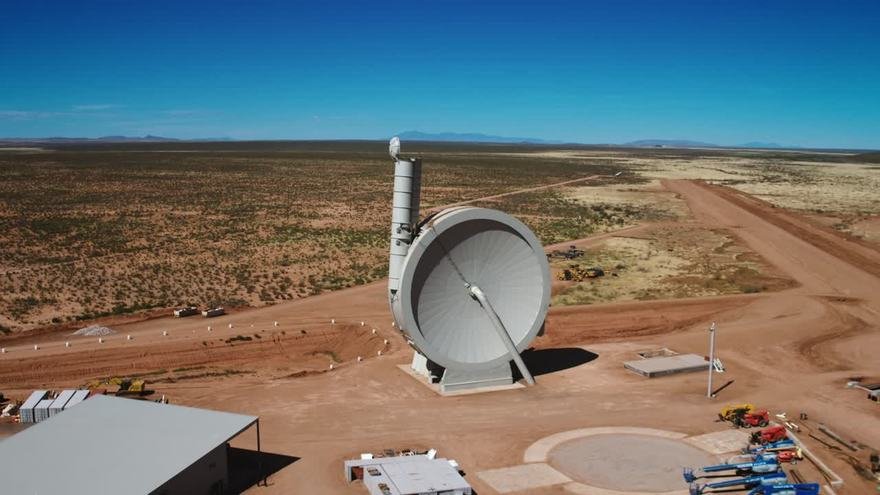 The propeller actually serves as a tether, because SpinLaunch's rocketship is attached to one end. 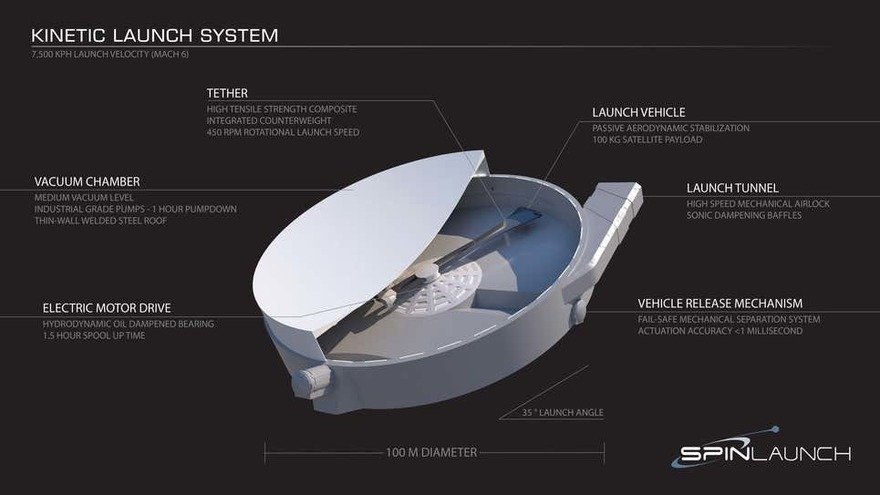 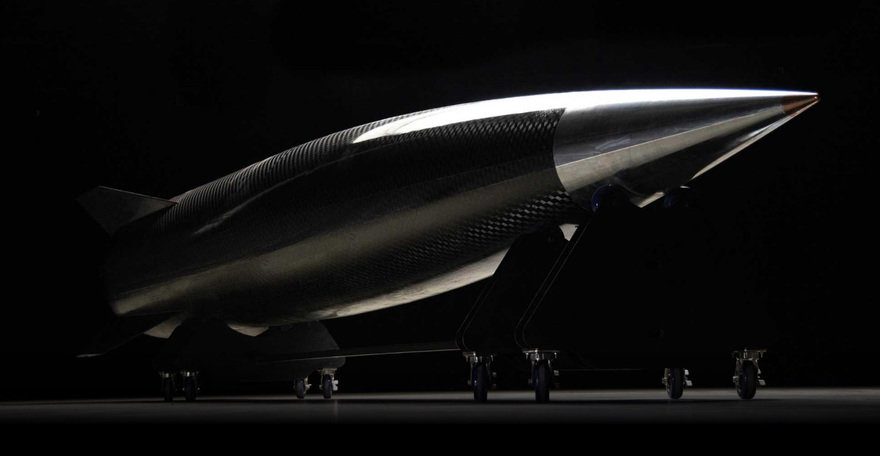 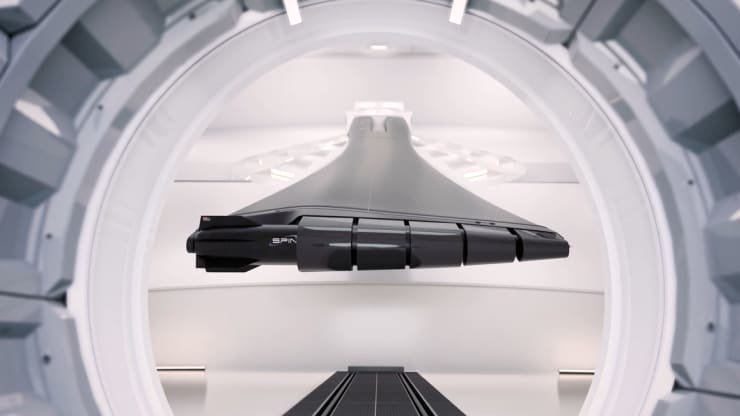 The test rocket, attached to the end of the propellor/tether

Because the entire structure is vacuum-sealed, air friction is zero, allowing the rocket to reach speeds of 5,000 MPH. (The rocket is unmanned.) At a precisely calculated moment, the tether releases the rocket, and it shoots out of the chamber's exit tube, bursting through a membrane at the end like football players at homecoming. 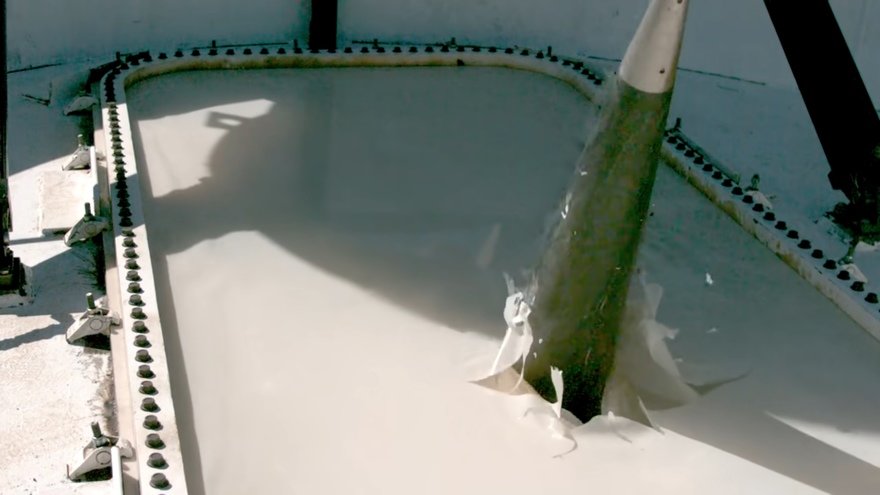 Here's footage of their recently-completed successful test of the system, built at 1/3rd-scale at Spaceport America in New Mexico:

This test version of their Suborbital Accelerator only spun up to 20% capacity, which was still enough to launch their scaled-down, 10-foot rocket "in the tens of thousands of feet," SpinLaunch CEO and founder Jonathan Yaney confirmed to CNBC. Yaney also points out that the craft was recovered—he doesn't mention how—and that "it is absolutely flyable."

The payload capacity of SpinLaunch's orbital vehicle is 200 kg (440 pounds), which is enough to accommodate several small satellites—at a fraction of the cost of a conventional rocket. Unsurprisingly, the company has raised $110 million in funding and has already signed a contract with the Pentagon and other clients that it hasn't disclosed.

"This is about building a company and a space launch system," Yaney says, "that is going to enter into the commercial markets with a very high cadence and launch at the lowest cost in the industry."