Fitbit takes the pedometer and runs with it 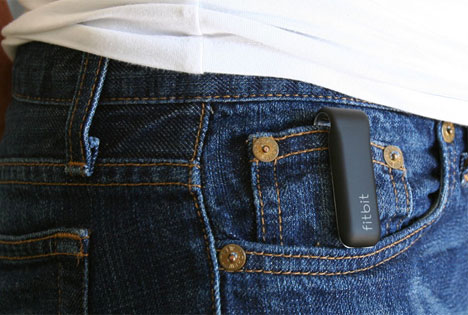 We talked a little bit about the potential uses of accelerometer-enabled technology for learning about human behavior last year, but the Fitbit is one of the first examples we've seen of actually turning that potential into a viable product.

Essentially a very smart 3D pedometer, the Fitbit clips unobtrusively onto your jeans or bra strap during the day and figures out how far you've gone and how many calories you've burned. The $99 price tag, though, is justified by some serious added functionality. Taking cues from the Wii and the Nike+ iPod system, Fitbit has enough logic to distinguish between walking, running and riding in a car, and syncs the daily results with the user's computer, posting them to a socially networked website. Moreover, it analyzes sleep patterns when worn at night by detecting REM-induced tremors.

According to MIT Technology Review's coverage, the unit managed to impress several higher ups in the technorati when unveiled this week at Techcrunch50, including Tim O'Reilly of O'Reilly Media, and Evan Williams of Twitter, who commented on its smooth website integration and strong design.

Due to go on sale at the end of the year, and destined to spawn a crapload of imitators. 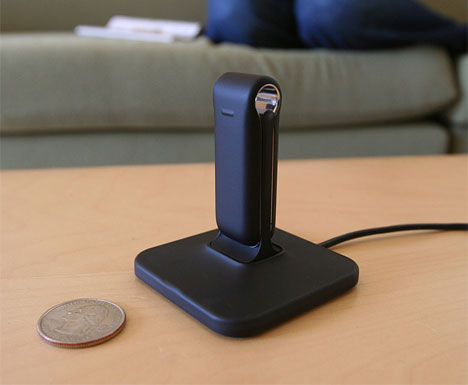 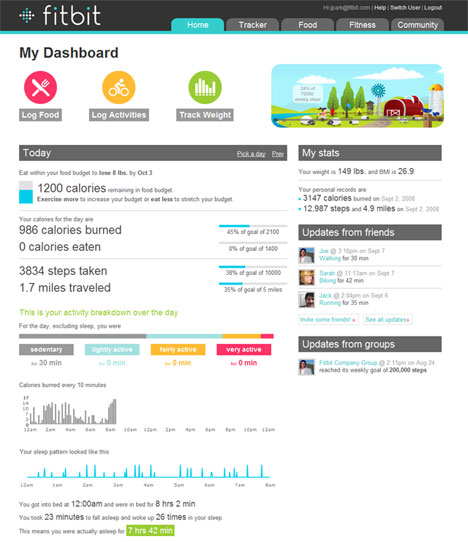