Cardbox Packaging is a package design firm with branches in Europe and the U.S. For the former market, where the EU banned disposable plastic cutlery earlier this year, Cardbox developed the flatpack, recyclable single-use Karlo Spoon: 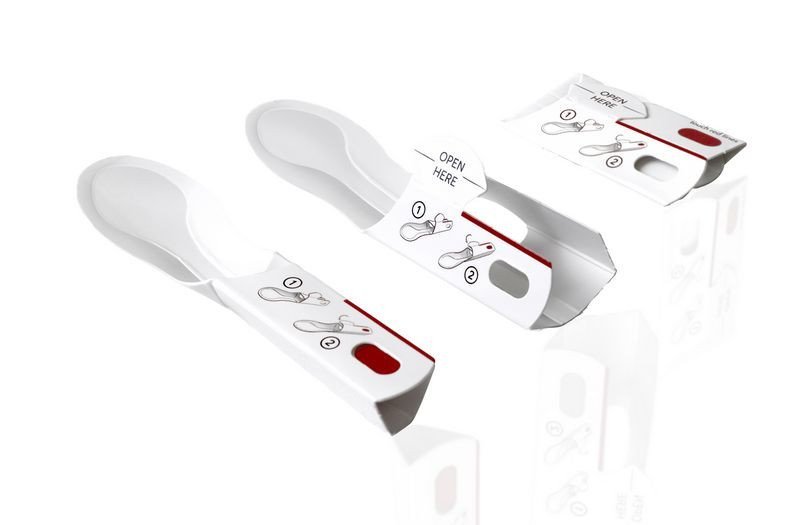 "It is made entirely from cartonboard, an ecological plastic-free solution that is fully recyclable with other paper waste. The spoon is made from virgin fibres that are approved for contact with food, while a water-based coating on the board ensures the spoon can be safely used for consumption. 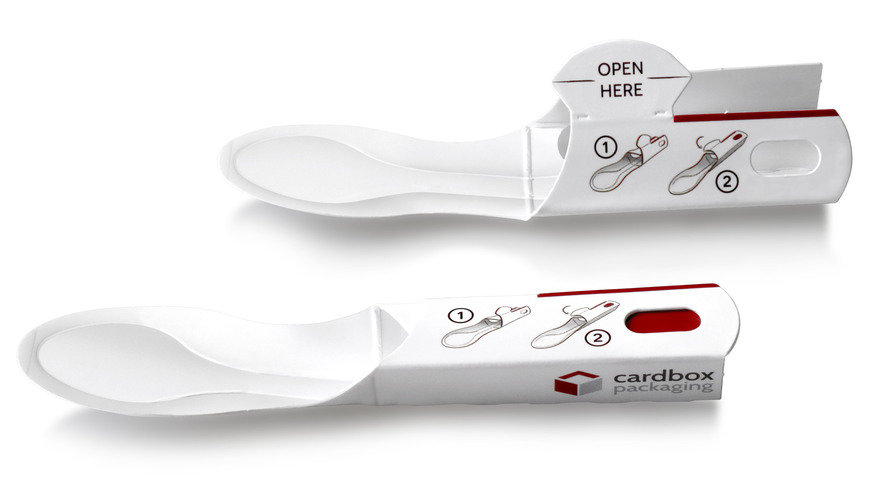 "The spoon is delivered folded which minimises the chance of damage to the spoon structure and also enables it to be attached to a product or inserted into a lid – of a yoghurt, for example. The consumer can easily unfold the spoon and use it immediately. The spoon shape of the pack means that food can be scooped up and consumed without spillage. The pack can be printed enabling branding opportunities in its folded form and can display instructions for unfolding and using the spoon." 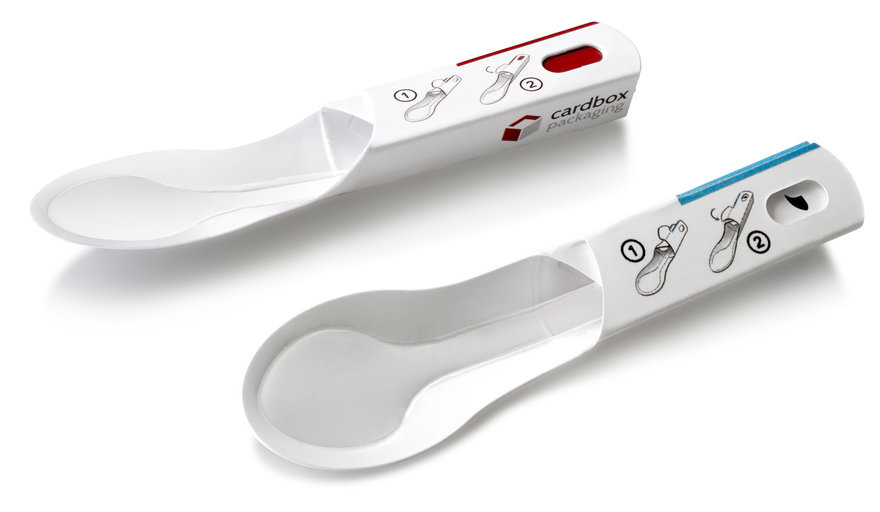 Released in February of this year—months before the EU ban came into force—the Karlo Spoon has already sold millions of units, according to Cardbox.