A Liquid-Based Display That Uses Bubbles for Pixels

Way back in 1994, Japanese product designer Yukio Shinoda conceived of a water-based display that uses bubbles for pixels. Here's his original concept sketch: 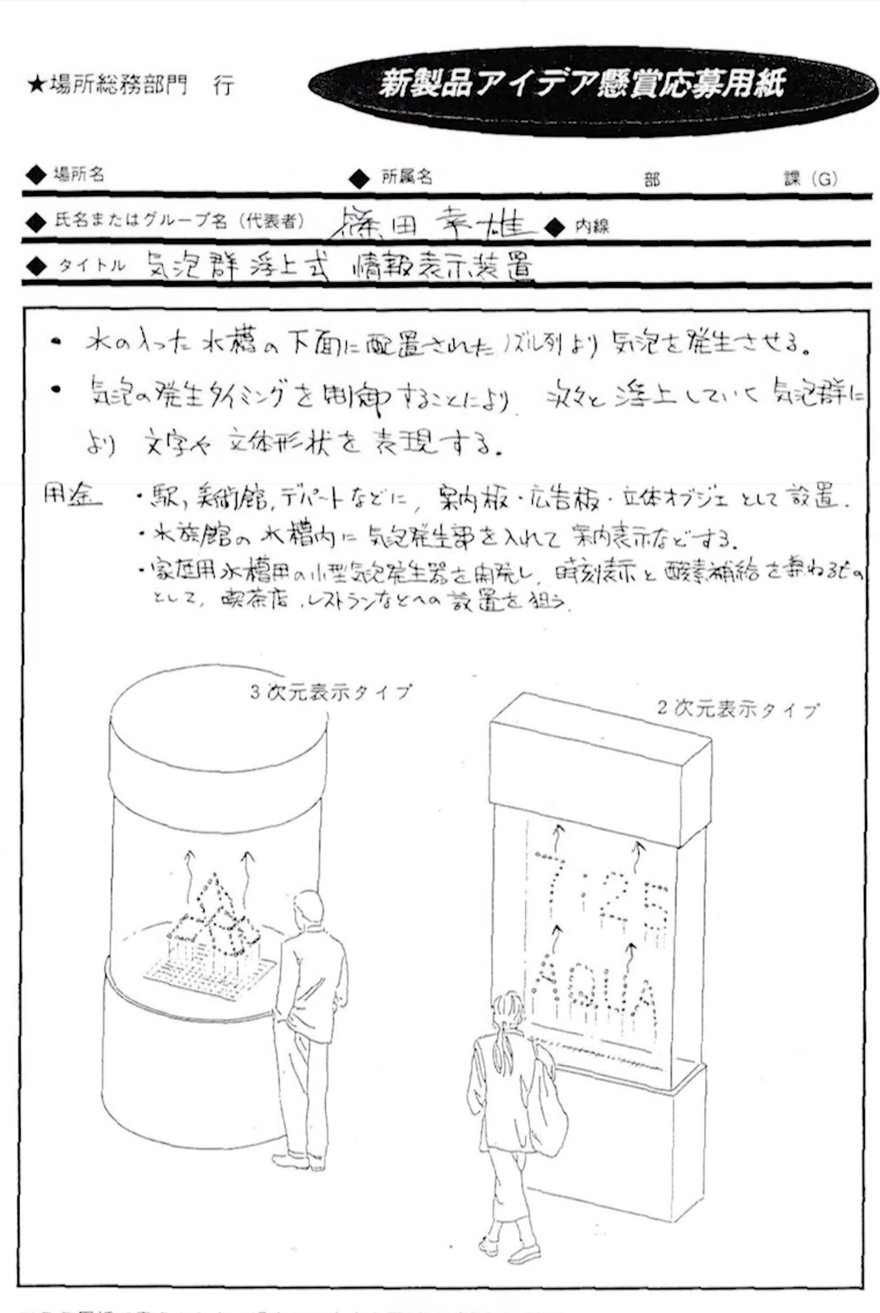 More recently, he decided to finally realize the concept. Using a laser cutter and his knowledge of electronics, Shinoda cobbled together a series of components… 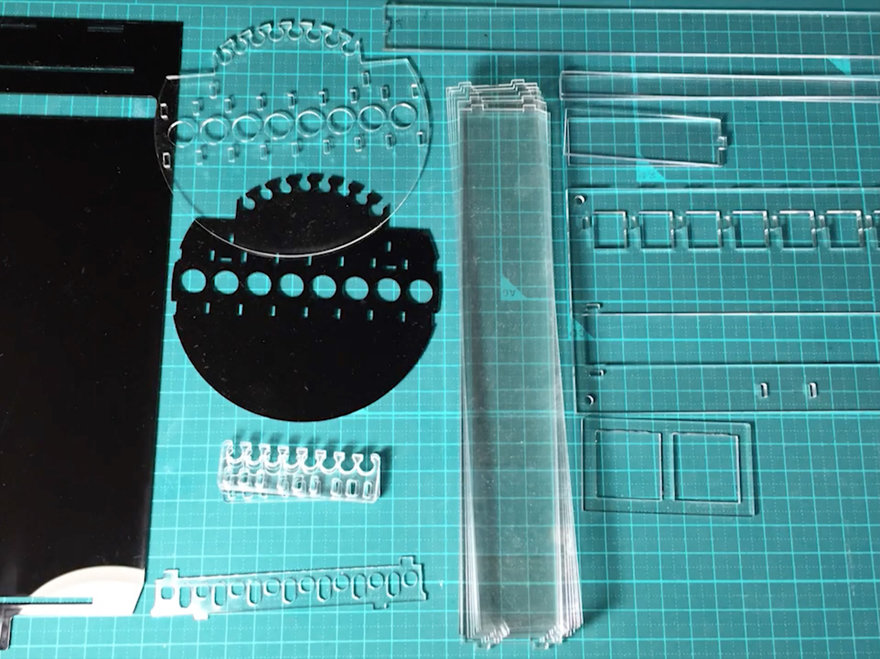 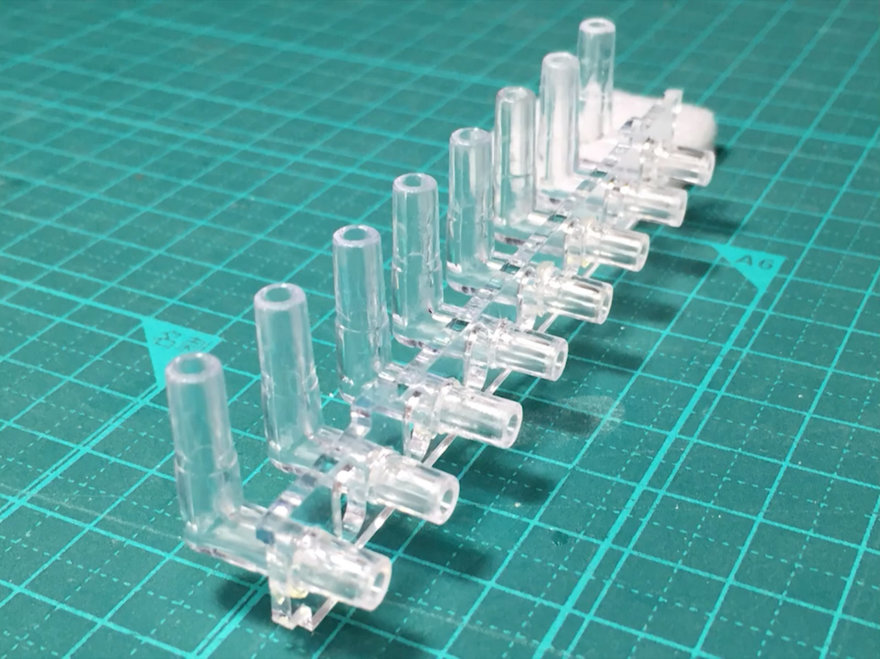 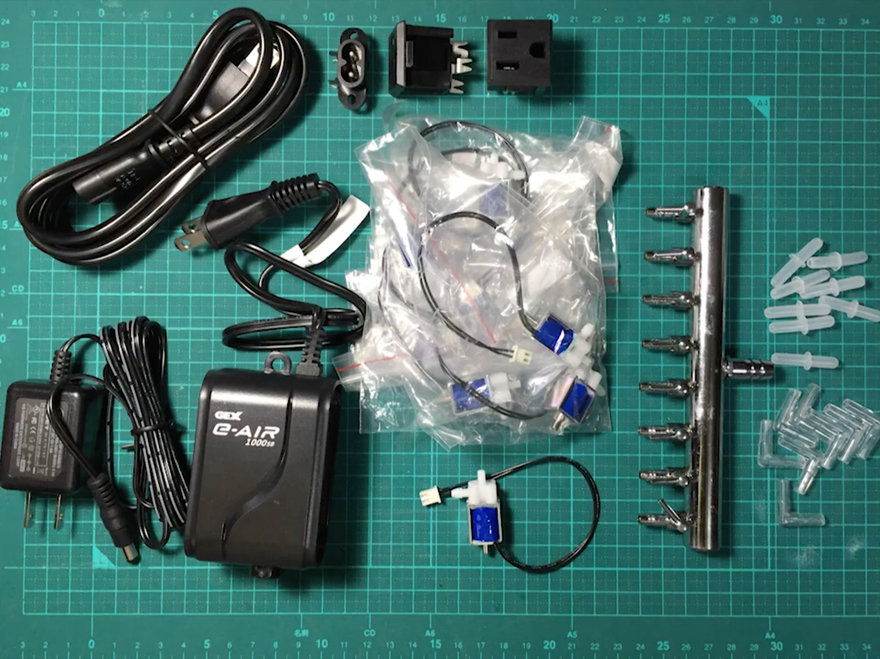 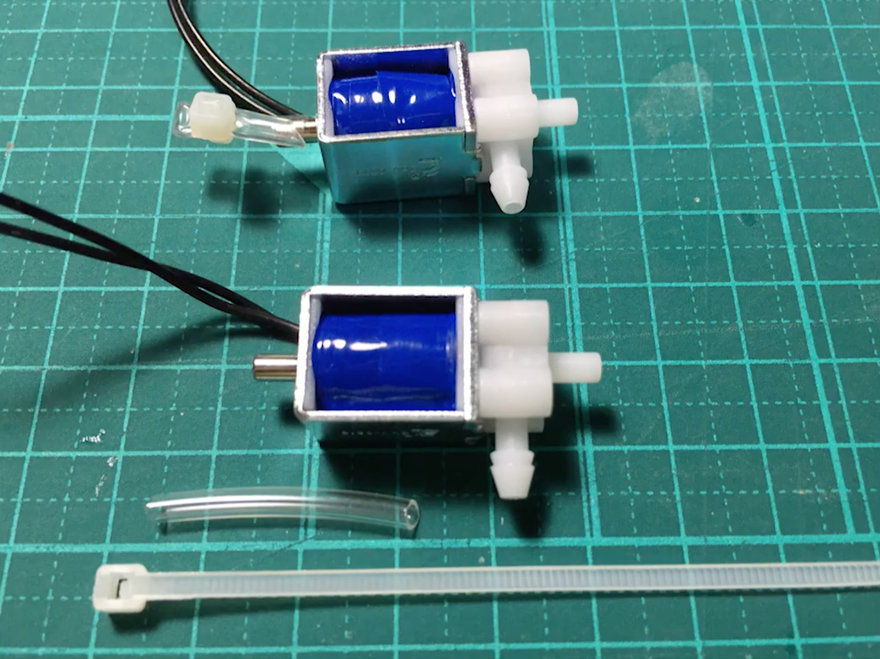 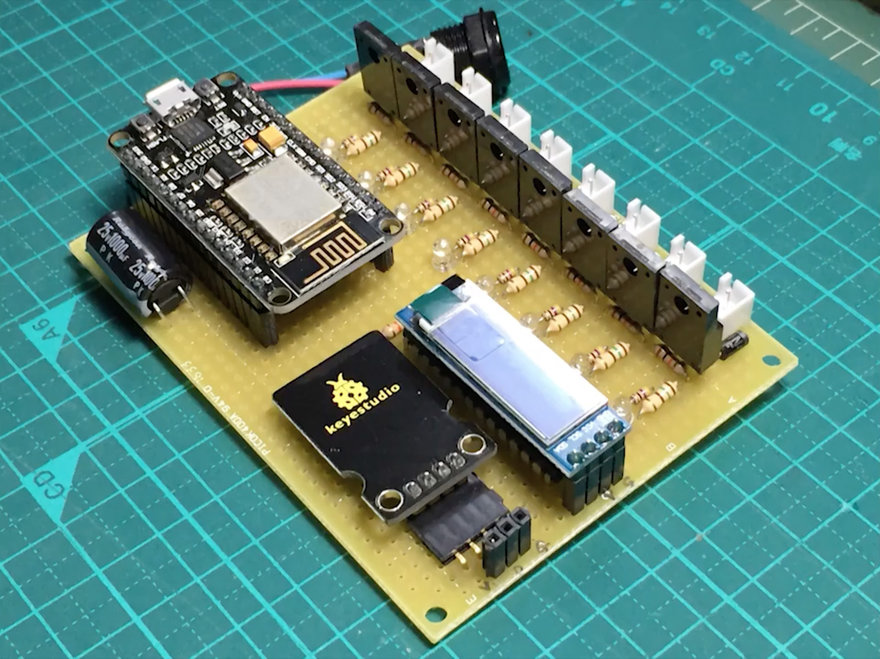 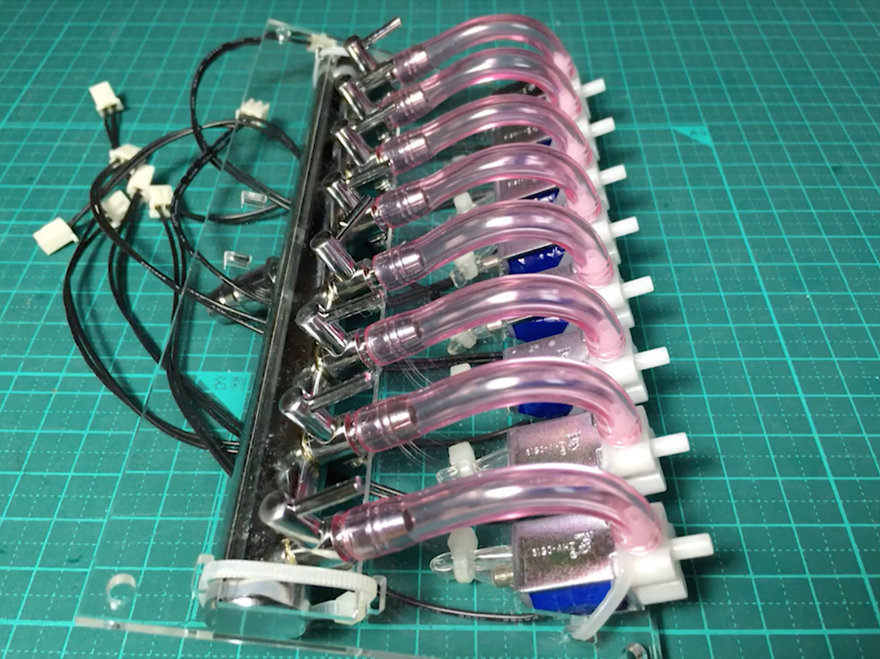 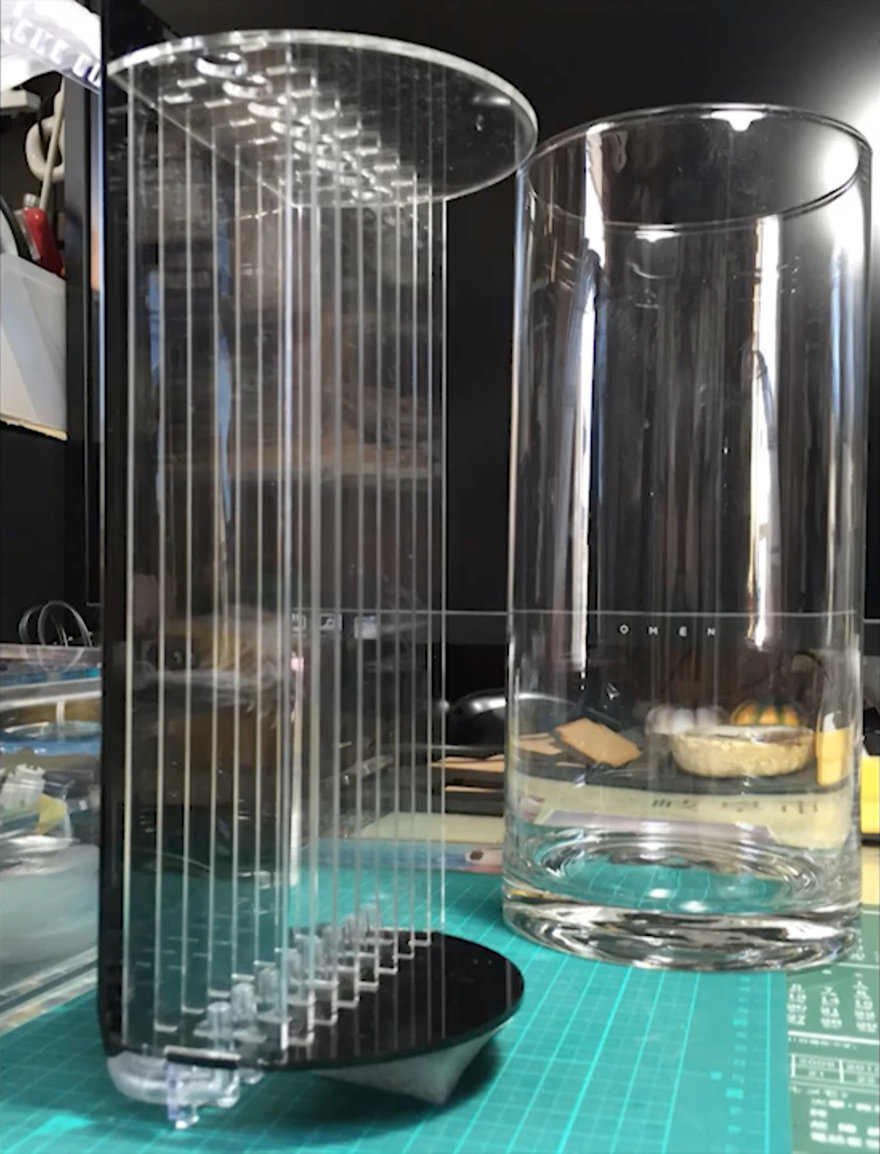 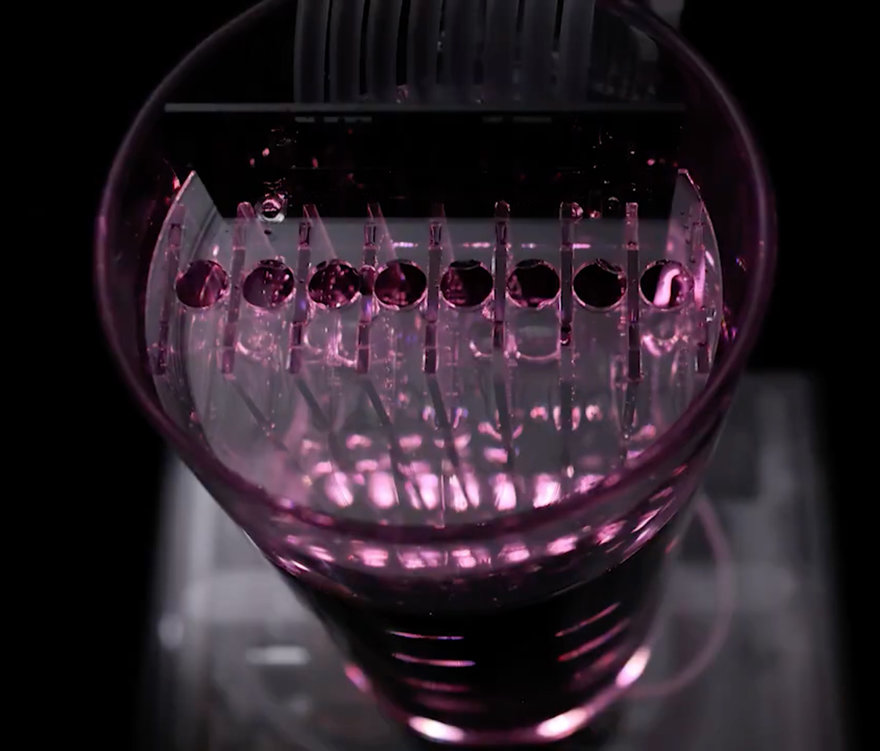 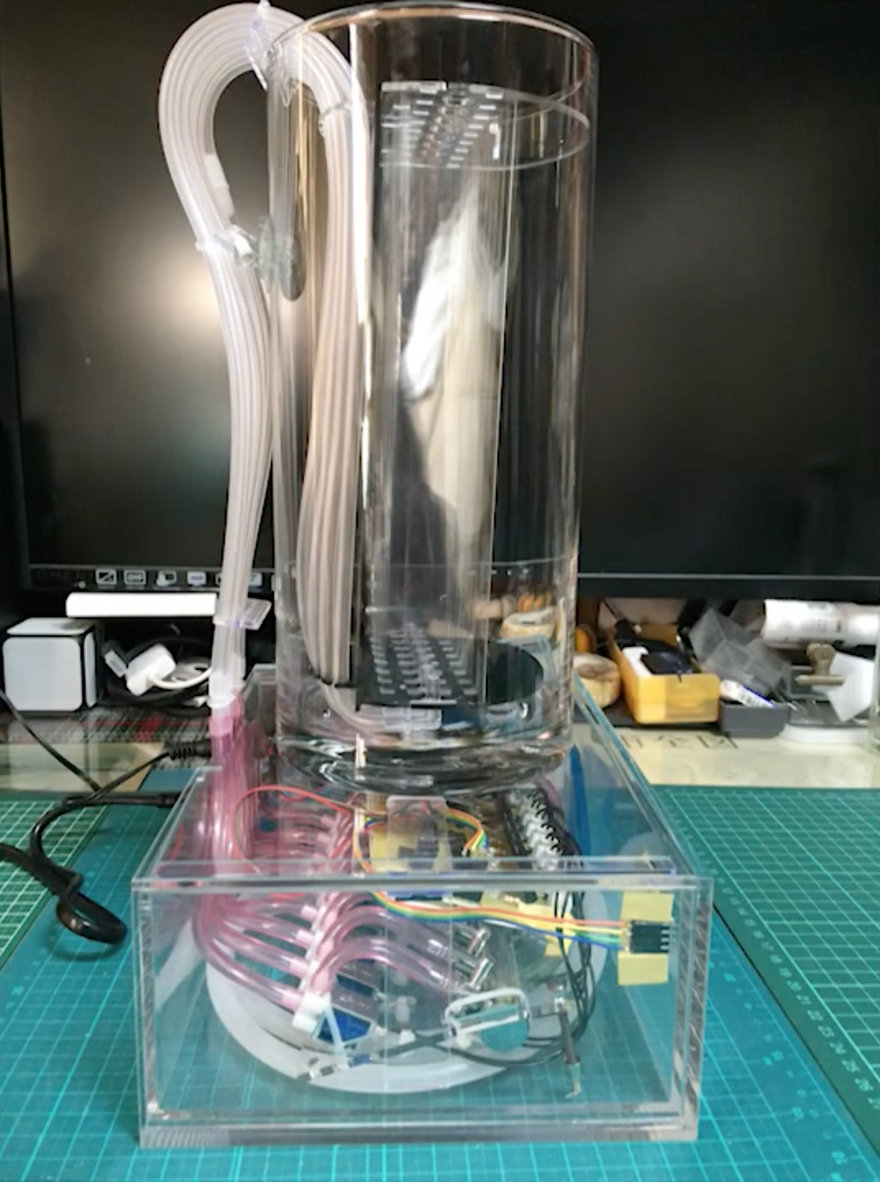 …to create his Air Bubble Clock: 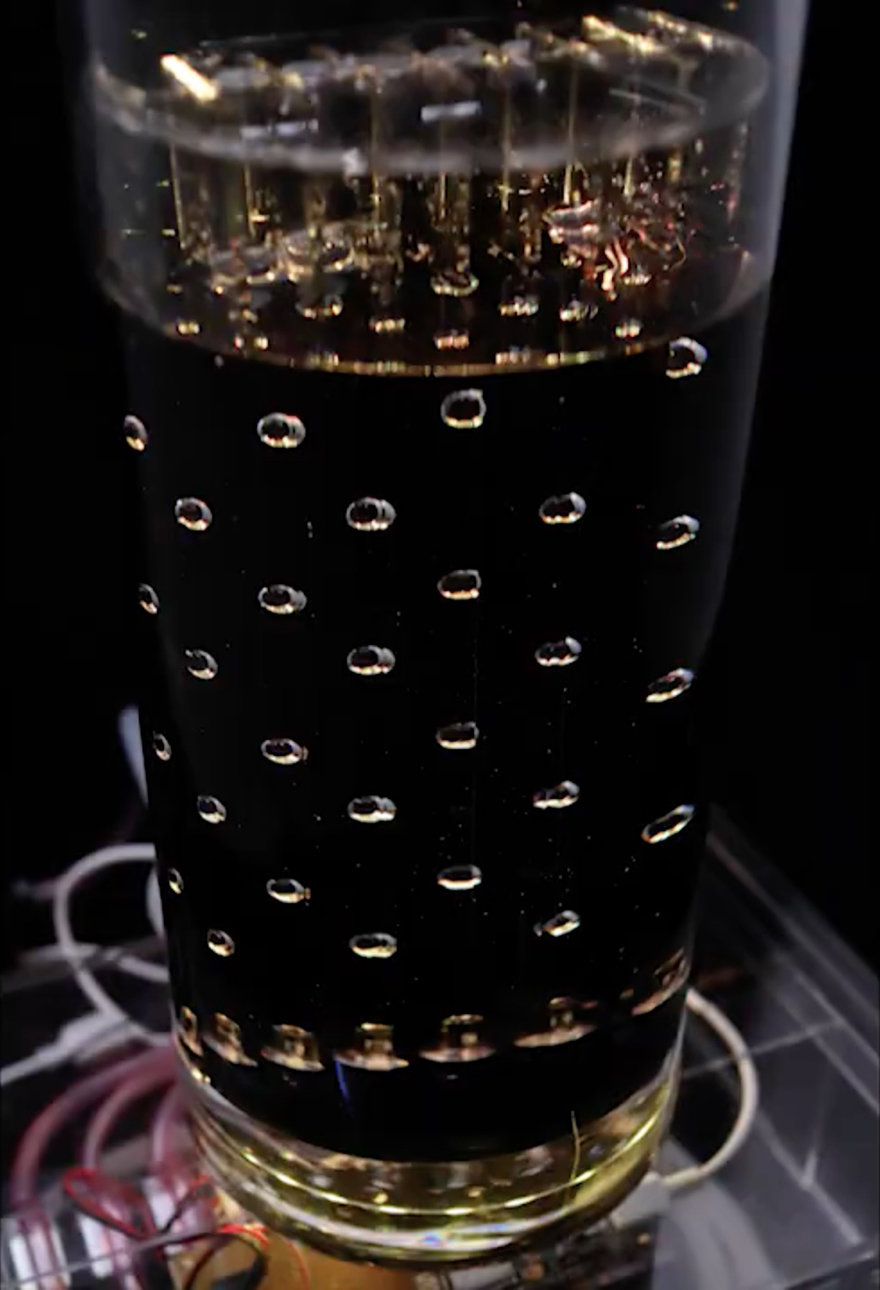 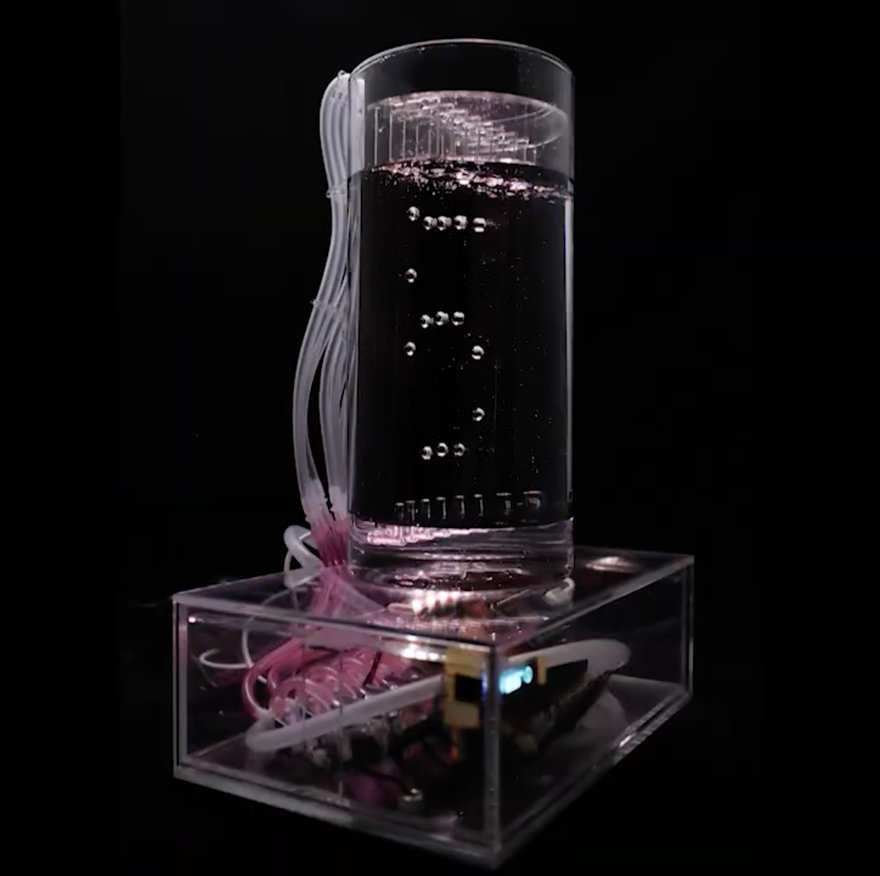 While his first version used water, for version 2 he switched to glycerin, as he found it made the bubbles more crisp. Seen in video, it's pretty impressive:

Shinoda says that unlike an LED matrix display, he finds the "slowly drifting, glowing air bubbles with some fluctuation" relaxing.

He's also made a version 3 that's been upgraded to 32 nozzles: 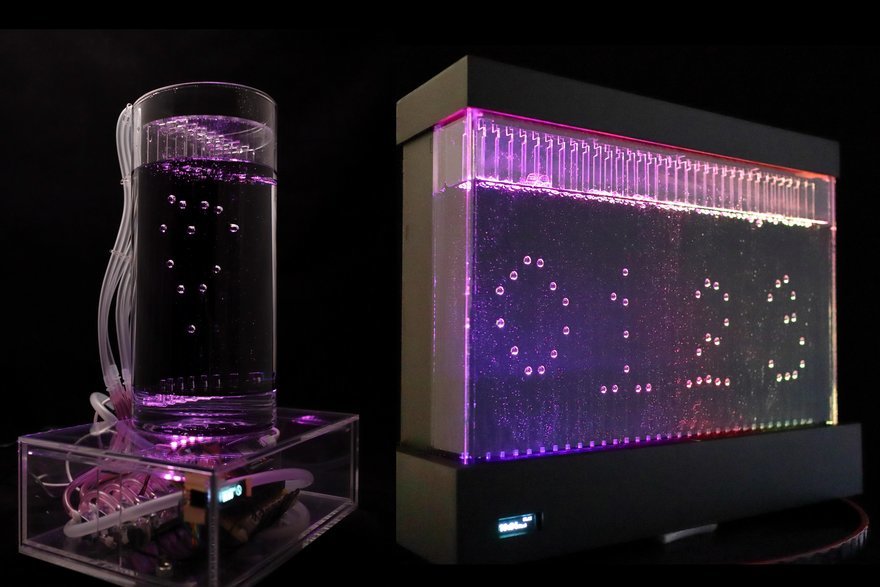 As seen in the videos, I actually like the version 2 better; I feel seeing just one character at a time provides a more meditative experience.

There's no word on whether Shinoda will eventually size these up into the relatively massive display pictured in the concept sketch.

A Liquid-Based Display That Uses Bubbles for Pixels