Boxx Transports the Boxing Studio Experience to Your Living Room 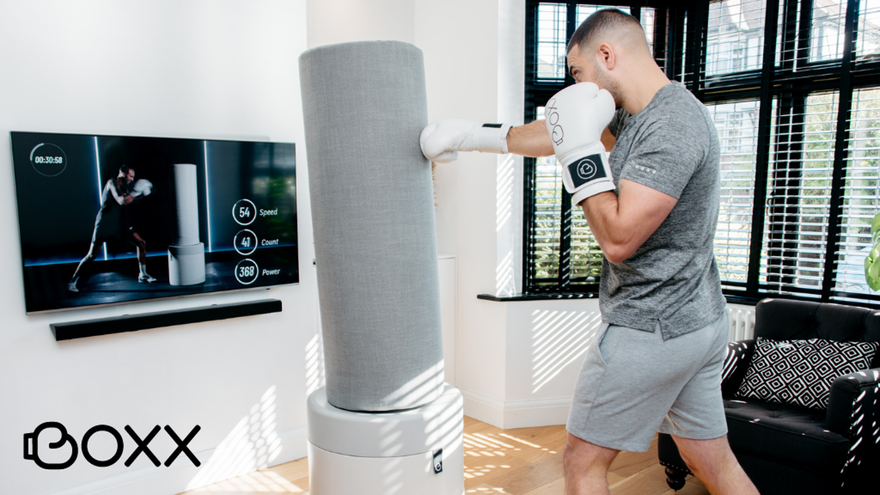 When UK-based entrepreneur Anna Samuels went on maternity leave in 2015, she found herself at a loss. A lifelong fitness buff, she suddenly found a quick trip to the gym was no longer an option and, in particular, missed her favorite past-time, boxing, which she felt used the best parts of her mind and body to build strength and resilience. Searching for online classes and finding only cardio-focused workouts, she longed for "the thrill of the punching bag" coupled with "the electricity of the in-gym fitness class experience." So after several years of tinkering and perfecting, including hours of real-world, gym-based R&D, last month Samuels unveiled Boxx, an easy-to-set-up and store smart punching bag and tracker system, funding on Kickstarter until December 9.

Designed in collaboration with London's award-winning product studio Morrama, Boxx is outfitted with sensors that track every jab and swing's speed and power, using the data to empower users, allow them to join classes, create sparring partnerships, and even connect with boxing instructors offering personalized training regimens. Boxx, according to Samuels, bridges the gap between studio classes and online workouts and provides a killer work-from-home workout. 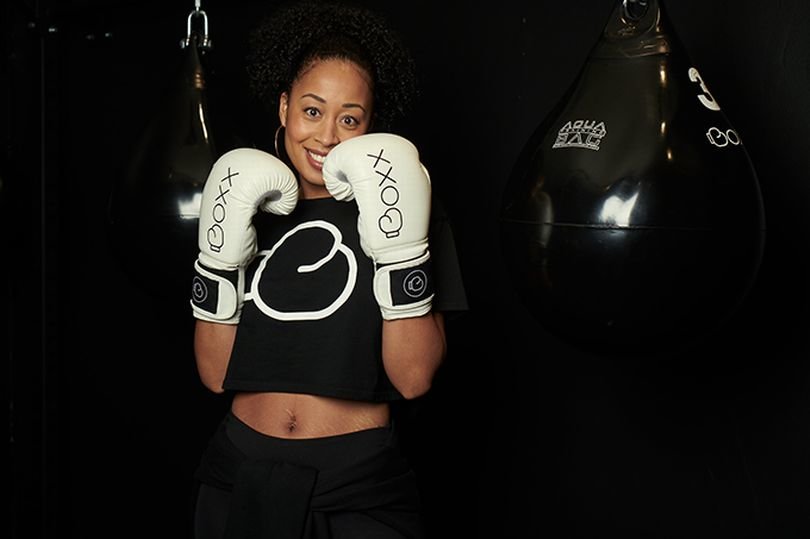 Knowing when to strike out on your own

"I grew up in a family of entrepreneurs and always wanted my own business," says Samuels, explaining that both her grandfathers, as well as her parents, had businesses. "But I never knew what I wanted the business to be," she notes, elaborating that for years she worked toward a career in finance, ultimately becoming an accountant. But she had a nagging feeling it wasn't her true path. "I wanted to pursue entrepreneurship but was also waiting for that aha! moment." When it came, in the form of an intelligent home-boxing setup, Samuels quickly created a business plan that drew on her accounting and numbers background.

Scanning Instagram for fitness instructors to potentially work with, Samuels came across a man with a boxing background who would ultimately become her first business partner. "We started working together in 2016, and then, by January 2017, launched Boxx as an online fitness subscription website with six videos, which sounds crazy since nowadays if you look at any online fitness site, they've got hundreds and thousands of videos," she says, noting there wasn't much competition at the time.

Boxx was the first brand to bring online boxing to the UK and it grew organically, launching an iPhone app in 2018. A year later, they opened a boxing studio, aptly named Boxx Studio, in London, to act as an unofficial product lab, and where they gathered feedback from over 1,000 visitors, harnessing this real-world R&D to shape the usability of the Boxx punching bag and app and to understand the challenges of working out at home versus in-studio. 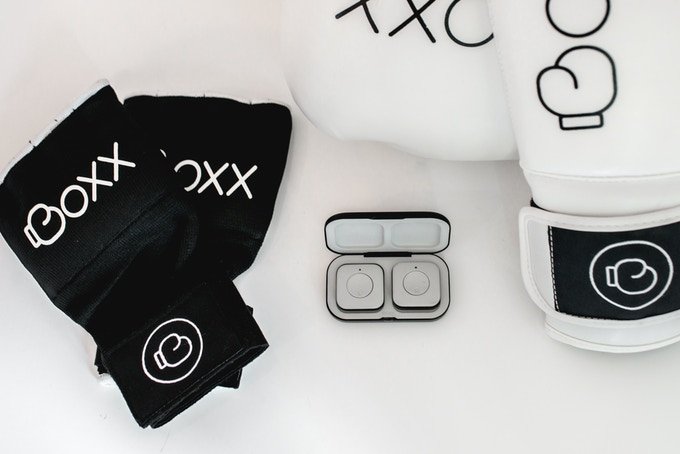 Unfortunately, three months after opening Boxx Studio, London went into Covid-19 lockdown. "That was challenging, but we were very lucky that we already had an online fitness business that was booming." Overnight, Boxx's subscriber numbers shot up, forcing the team to step back and reevaluate their business model, looking at what customers and new audiences now needed. "These were users who were used to going to studios and wanted a more strenuous workout, or one that involved equipment as well as the community. So we started looking at connected fitness products on the market and thought, 'You know what? Although in the spinning market and the at-home cycling market there are a lot of competitors, in boxing there aren't that many." It seemed her aha! moment had found the alchemy of perfect timing.

The Boxx team also realized that no other brands were combining a high-quality bag with a tracker and app experience and began reaching out to various product design companies. It became apparent that there was an opportunity to improve the user experience of at-home workouts and create a better, more portable freestanding punch bag. "In most cases, they [punch bag set ups] are visually suited to gym space, but in the UK and higher-density cities in places like the U.S., people don't always have space for home gyms." So, she wondered, "how can we make this product sit nicely or beautifully within someone's home? And that's where the aesthetic design came from for the bag." 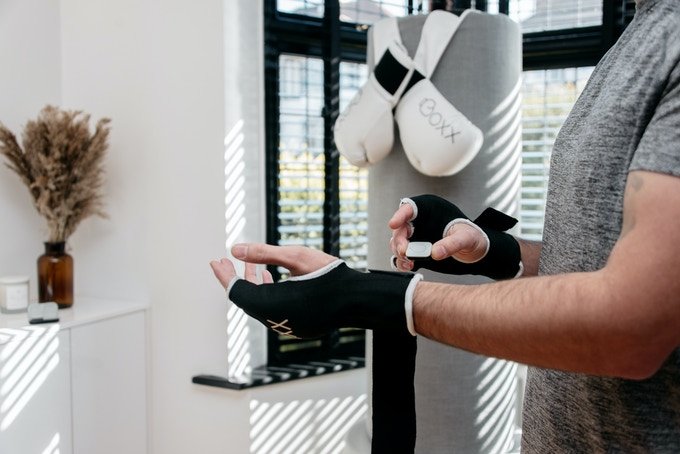 Designing a bag above

When creating the bag, the team conducted a series of usability tests of existing free standing punch bags, noting that many were often hard to move, unsteady, and less than gorgeous looking. As a result, Boxx's punch bag reimagined comes in four colors and is available in either a vegan leather or Lux cotton blend cover. Boxx is also mobile thanks to wheels in the base and a Fight Mode/Storage Mode concept that allows users to better position the base and bag and conveniently tuck away Boxx when company comes knocking. The sturdiness of the base also enables the bag to absorb more power and weight while staying steady.

Boxx is designed to track the count, speed, and power of punches by way of a pair of accelerometer-equipped tracker modules which can be worn on each hand via a pouch wrapped into the system's boxing gloves. The trackers are then synced to a subscription-based app, allowing an on-camera coach to guide various boxing workouts. The Boxx app also delivers strength, running, and recovery guidance, including yoga and stretching instruction, and a search function to explore classes by favorite instructor, level, or fitness goals. Handy (literally) sync trackers empower users to view live in-class metrics, this data also enabling those in training to view workout stats and progress reports, including calorie count and goals.

Ultimately, Samuels hopes that by bringing the boxing studio into living rooms everywhere, she can also transport many of its benefits. "Boxing is accessible--whether you are able bodied or not, young or older, it really is something that everyone can benefit from," she says. "We are trying to break down barriers, and the misconception that boxing is this big, scary sport, because it's really empowering and hopefully can bring benefit to everybody."

Boxx is available on Kickstarter until December 9.

Boxx Transports the Boxing Studio Experience to Your Living Room