As we saw here, Japan has a wide variety of designs for agricultural carts. Similarly, Japanese wheelbarrow designs are manifold and can vary greatly from the incumbent design. As one example, this unusual-to-us "Arida" wheelbarrow, named for an agricultural area in Japan, is designed for harvesting produce directly into the plastic bins that get loaded onto trucks. 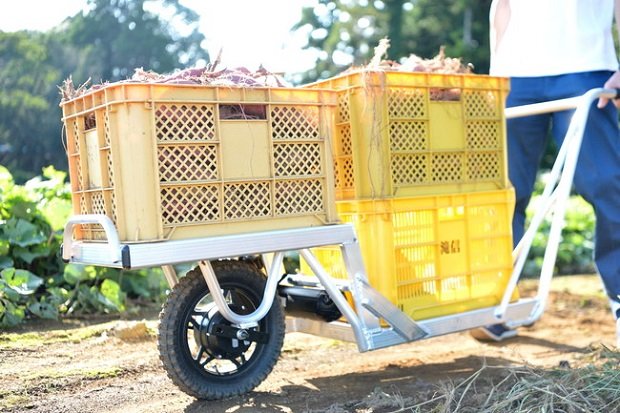 It would require a lot of capital to design ground-up power wheelbarrows across all categories. Thus Japanese manufacturer CuboRex has designed the E-Cat, a retrofittable electric wheel that can be added to any wheelbarrow design to give you some oomph. 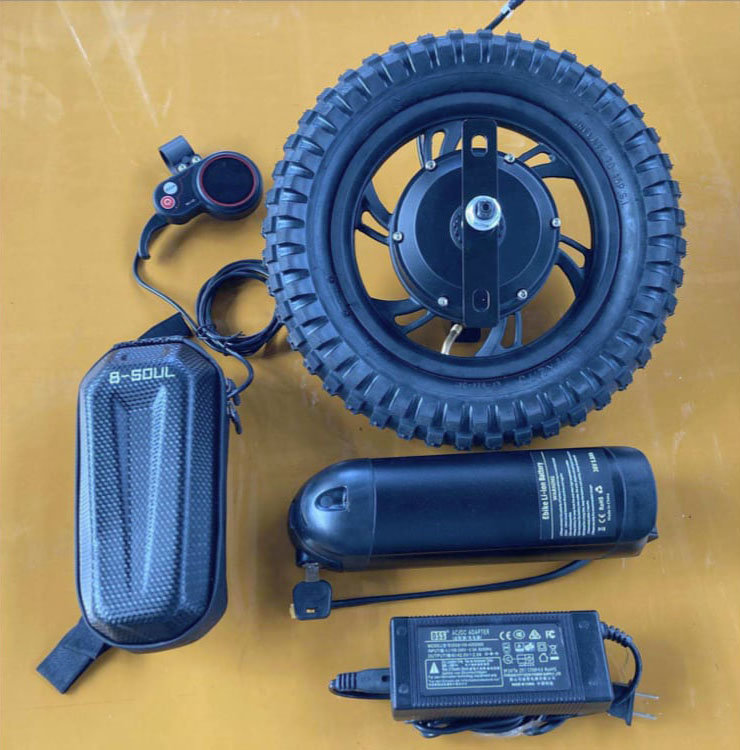 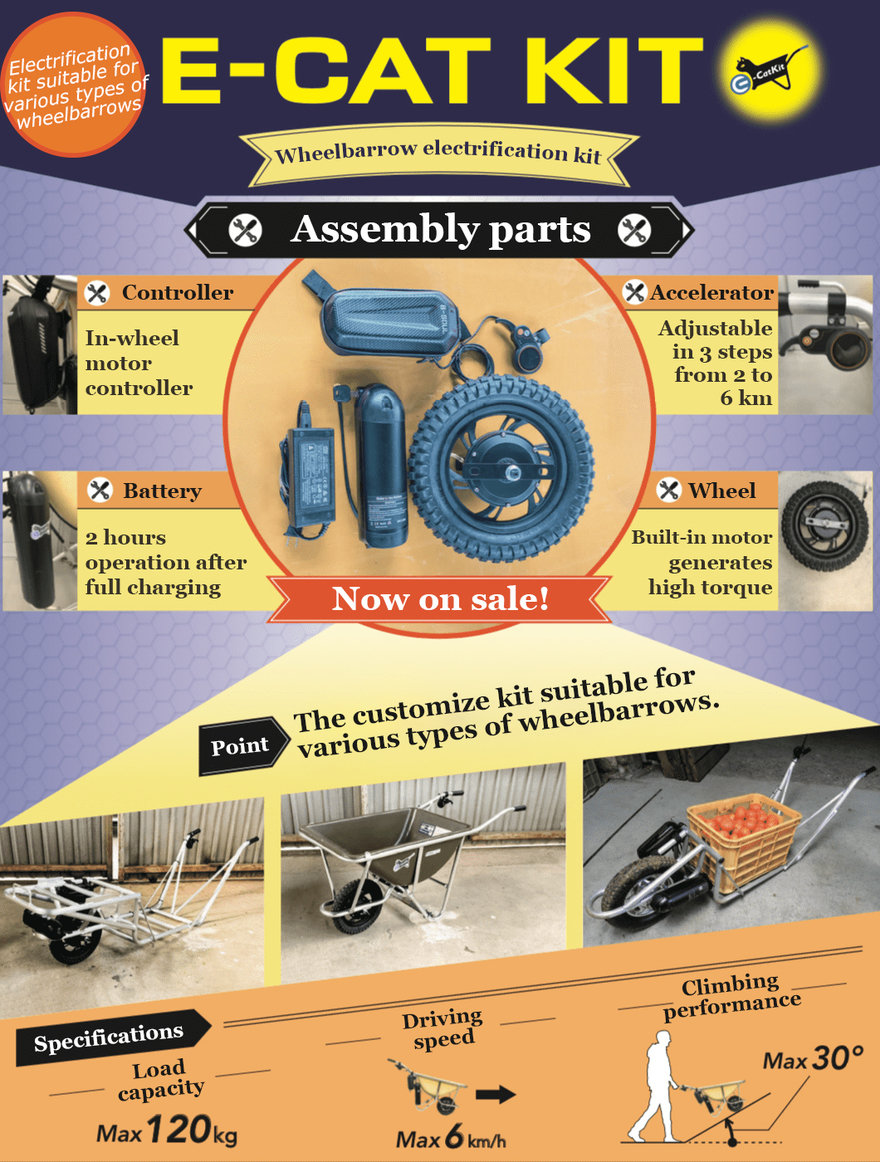 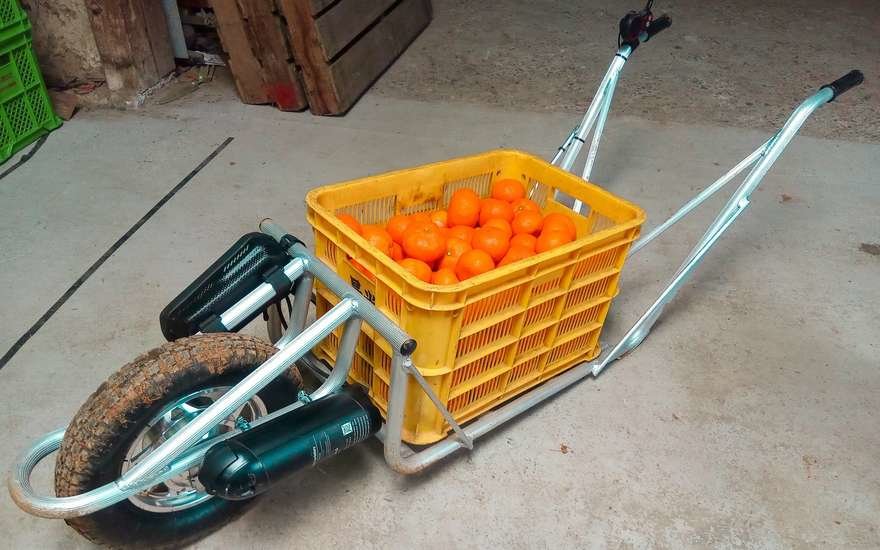 The E-Cat is of course silent, and makes going up ramps a breeze.

It also looks pretty effective in the field. You still have to lift the load, but the E-Cat propels the cart forward; in some cases, the workers appear to be jogging just to keep up.

I would love to have something like this on one of my wheelbarrows; here on the farm I move hundreds of pounds of both feed and muck each month, and it's fairly backbreaking. However, as far as I can tell the E-Cat is Japanese-market only—and besides that there's the issue of price: It rings in at a whopping ¥143,000 (USD $1,261)!