The pioneer of co-creation design lasted for nearly 15 years

Local Motors, the company that introduced the radical concept of what they called the "co-creation design" of small-batch automobiles, with royalites paid to the designers, has gone out of business.

Two years before the emergence of Quirky, a product development platform that also championed co-creation design, Local Motors set up shop in 2007 and began building an online community of designers and design fans. Members submitted automotive designs for the community to vote on for development, and by 2008 they'd chosen their first model: The Rally Fighter, designed by Sangho Kim, who was then a student at Art Center. 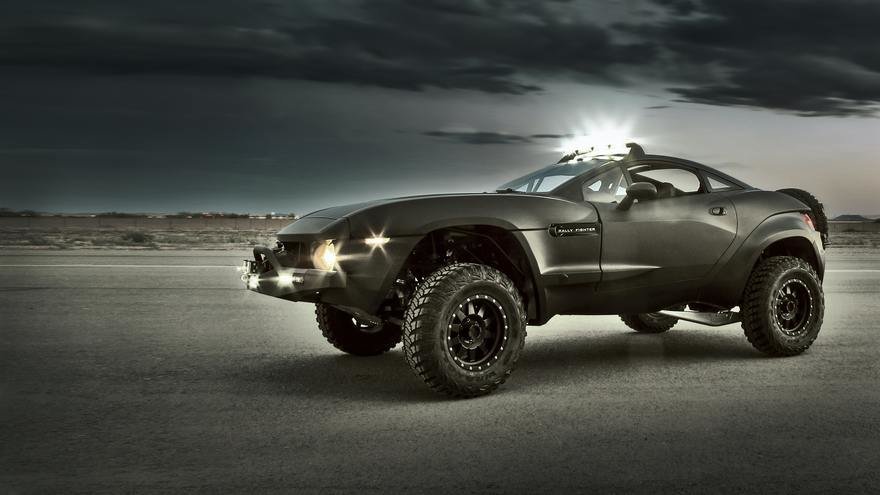 Startlingly, the off-road minded but street-legal Rally Fighter was successfully developed in just 18 months and at a cost of only $3 million. Built from off-the-shelf components like a Ford axle and a crate motor from GM, and skinned in a fiberglass body of Kim's design, the first Rally Fighter rolled out of Local Motors' microfactory in 2009. An additional 29 were produced over the next seven years, with purchasers invited to the microfactory to help assemble the cars themselves. 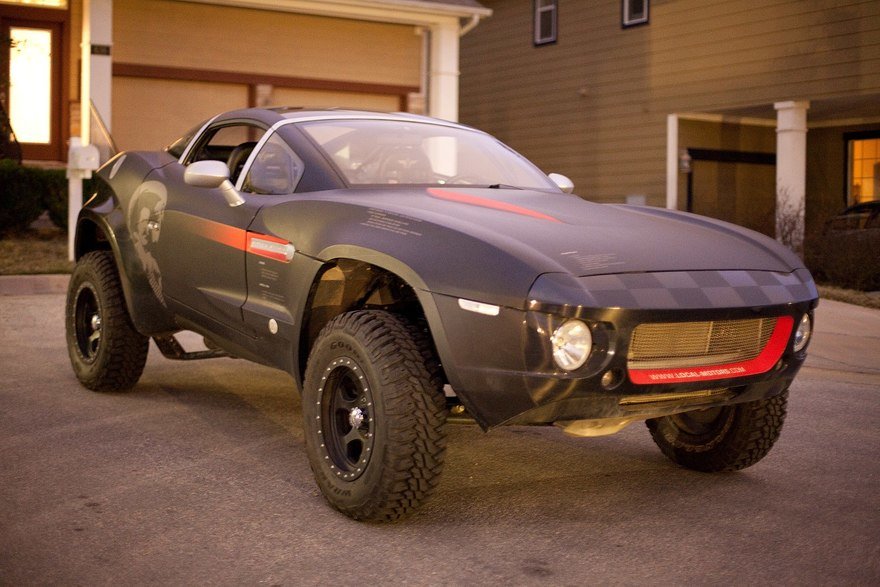 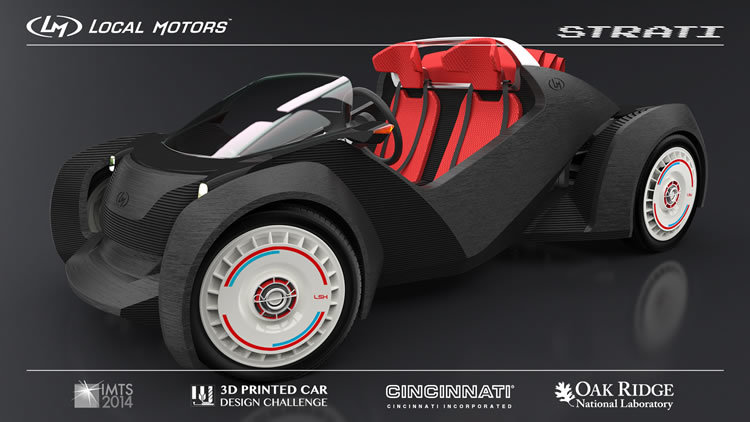 Despite creating a successful prototype and generating much press, the Strati never made it to batch production. 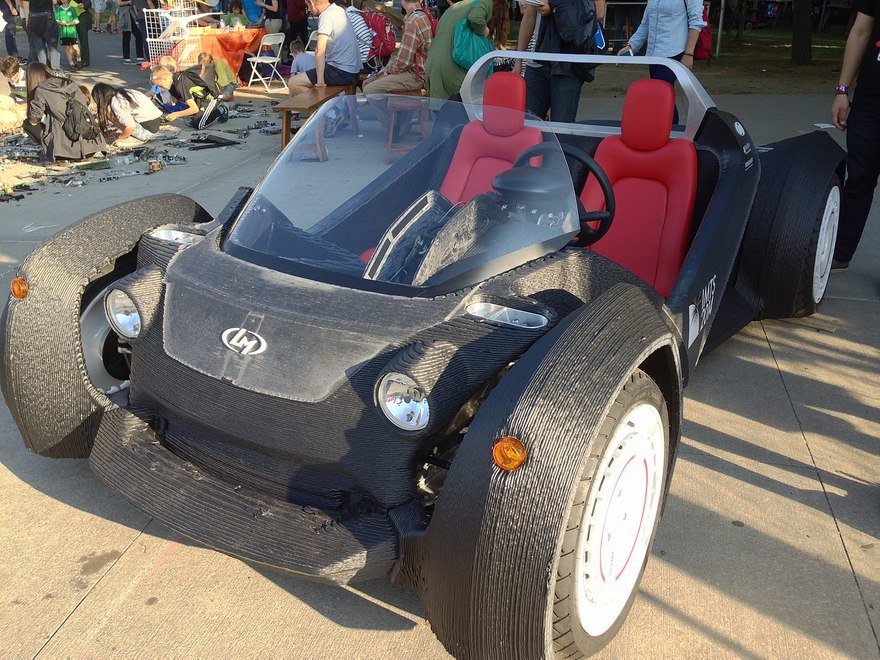 By 2016 the company had shifted direction; rather than personal cars they unveiled Olli, an autonomous electric shuttle bus designed by Edgar Sarmiento, a Colombian industrial designer just two years out of school. It was Sarmiento's first design that made production, and with startling speed, at that; Local Motors had lined up some 100 partner companies and had built two Ollis within months of the design being green-lit. Two years later, NPR reported that 10 Ollis had been ordered, and that Sarmiento had earned $28,000 in royalties by then. 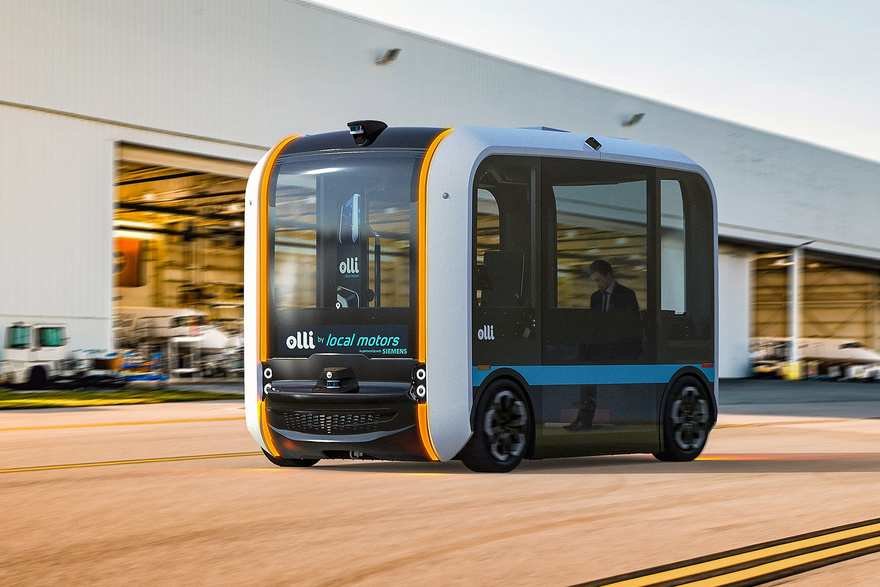 As of last year, Local Motors had Ollis deployed in 24 cities in the U.S. and around the world, including Australia, Belgium, Canada, Germany, Italy and Saudi Arabia. 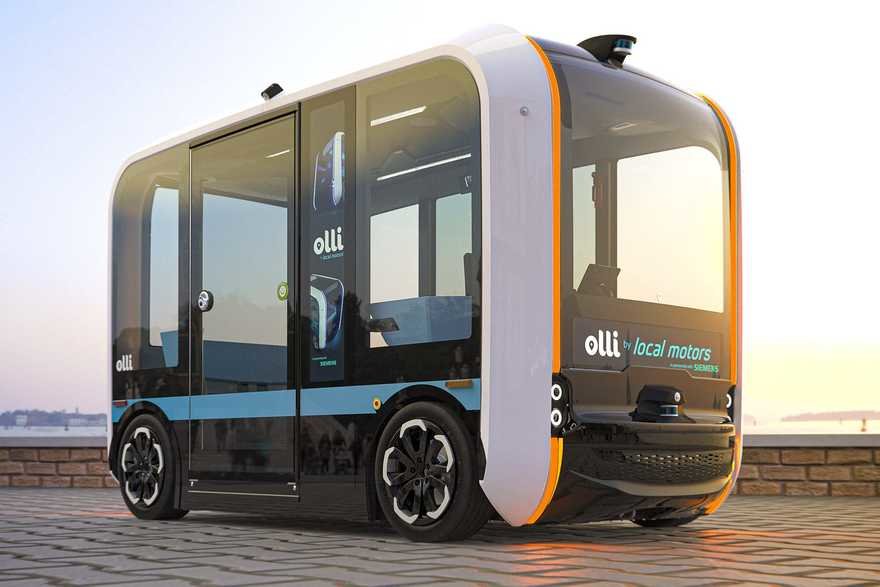 As of last month, Local Motors' Facebook page announced they'd be showing up at this month's CES.

Sadly, last week Automotive News reported Local Motors was shutting down, with no formal announcement made by the company nor explanation given. At press time the Local Motors website was still up and running as usual.

It's possible, I'd say likely, that the pandemic killed funding for public transportation vehicles and that Local Motors was a casualty. It's also worth noting that on December 16th of 2021, an Olli shuttle in Toronto crashed into a tree, leaving "the attendant onboard…critically injured," according to Toronto's City News, and it's possible that played a role in the company's decision to shutter.

In any case, Local Motors lasted for nearly 15 years. Quirky closed its doors after just 6 years in business. Co-creation design, at least for now, seems a tough nut to crack.