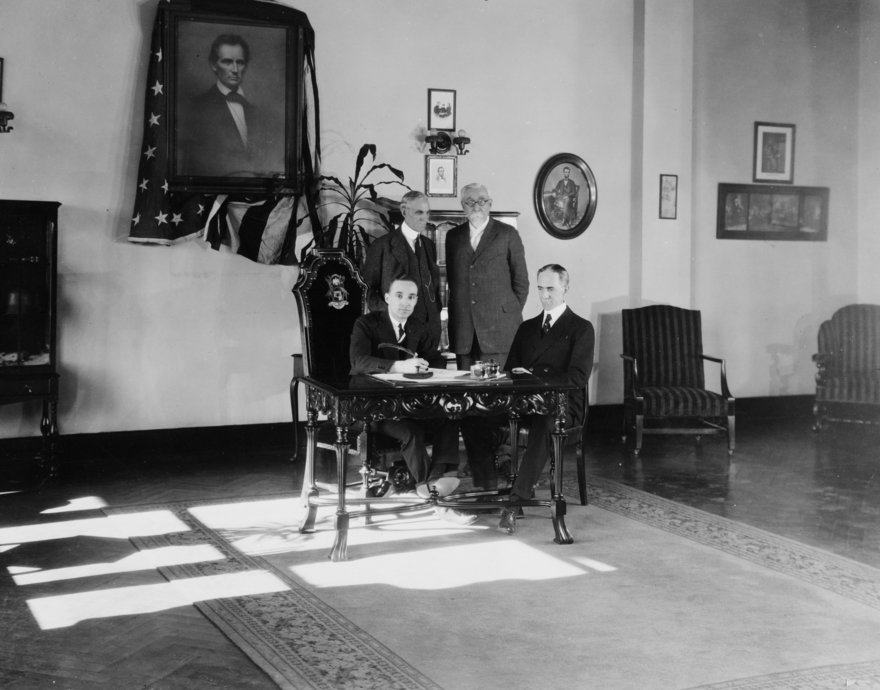 Pictured above: On Feb. 4th, 1922, exactly 100 years ago today, Henry Ford cut a check for $8 million to purchase the Lincoln Motor Car Company. Ford gained a luxury brand that would go toe-to-toe with Cadillac, General Motors' upmarket marque. Henry handed control of the company to his son, Edsel. 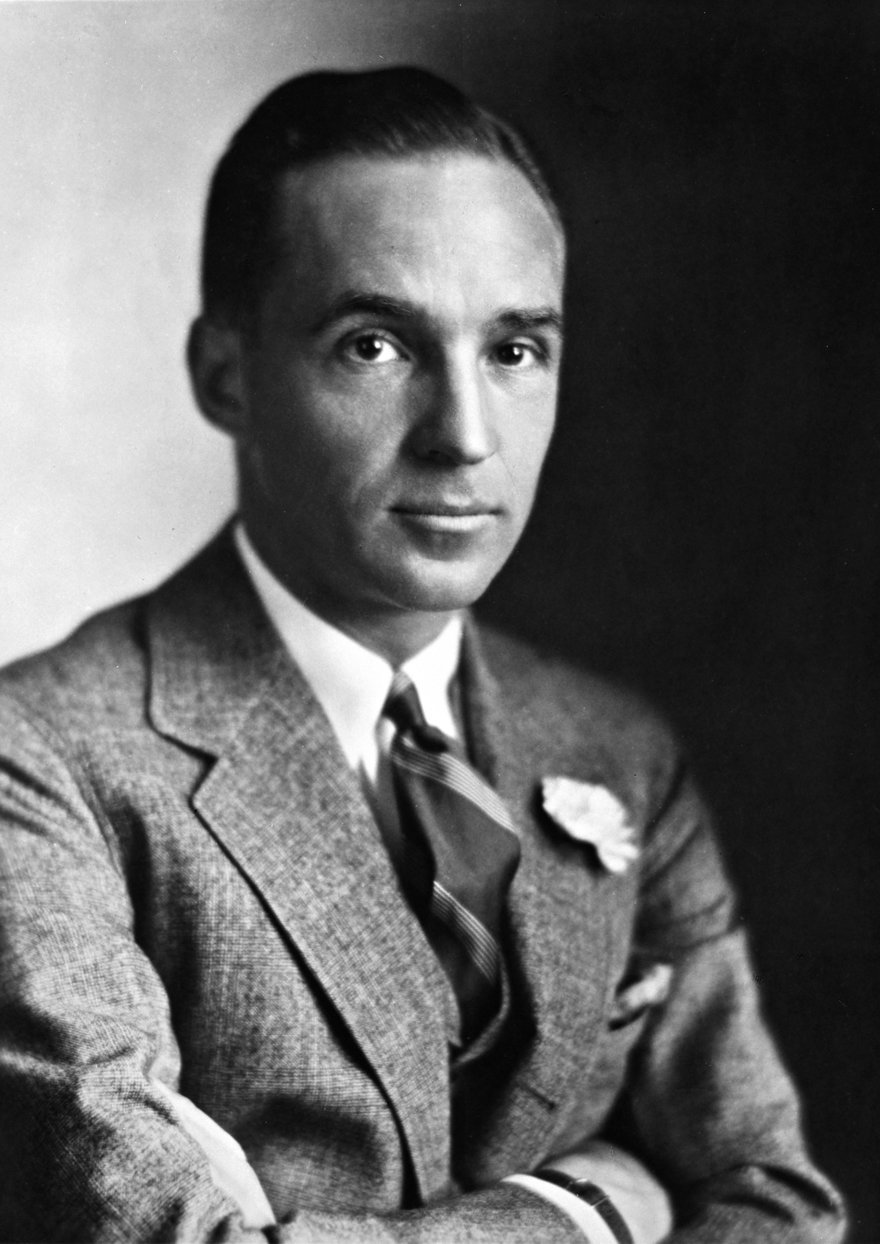 "Edsel prioritized design and styling, while also making customization affordable," the company writes, "allowing him to offer precision and performance in a beautifully executed package, at a price within reach. The belief that a car could be more than just transportation was foundational to the rise of Lincoln." 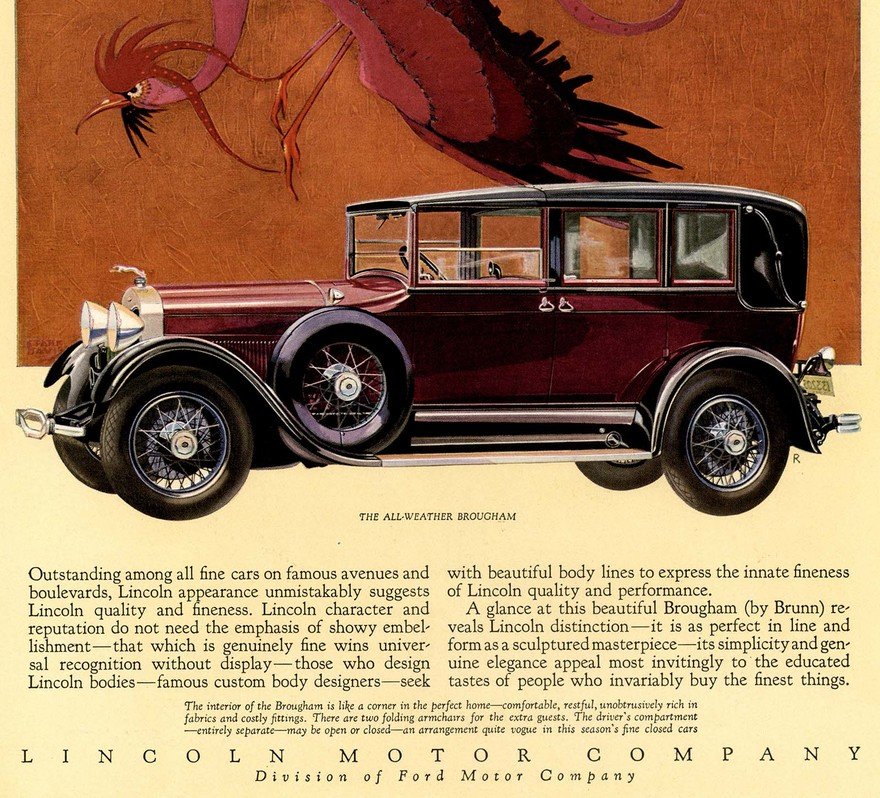 Over the years, Lincoln became the car of choice for Presidential motorcades, Hollywood stars and even a starchitect or two; Frank Lloyd Wright had a pair of cherry-red Lincolns parked in front of Taliesin North. 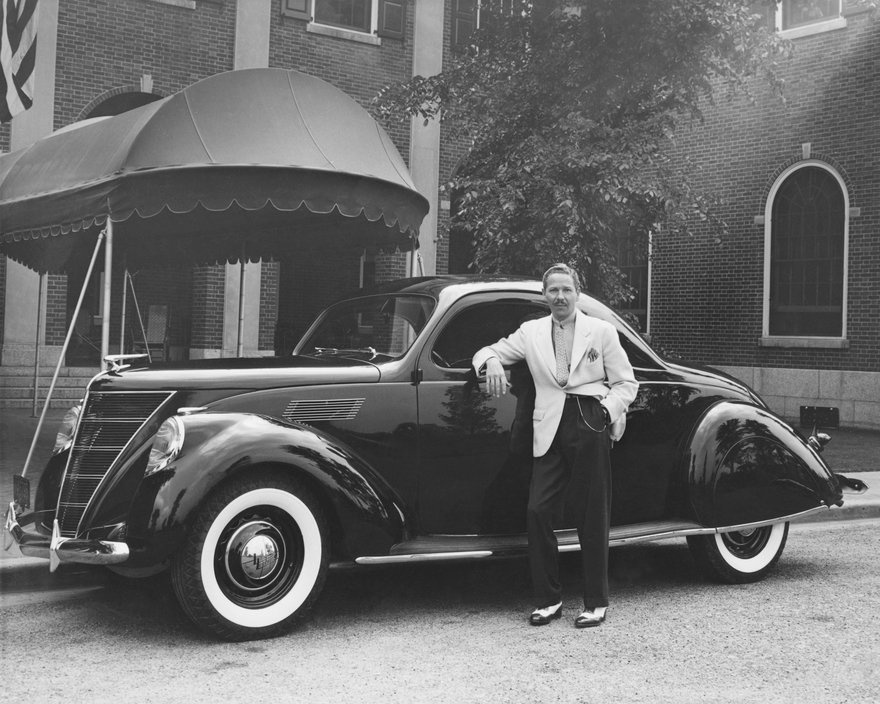 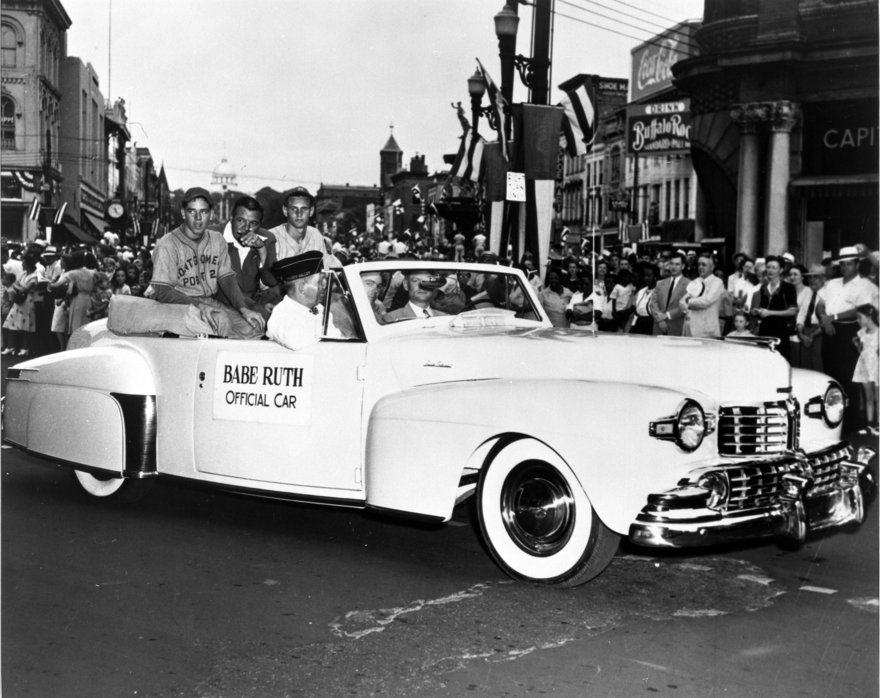 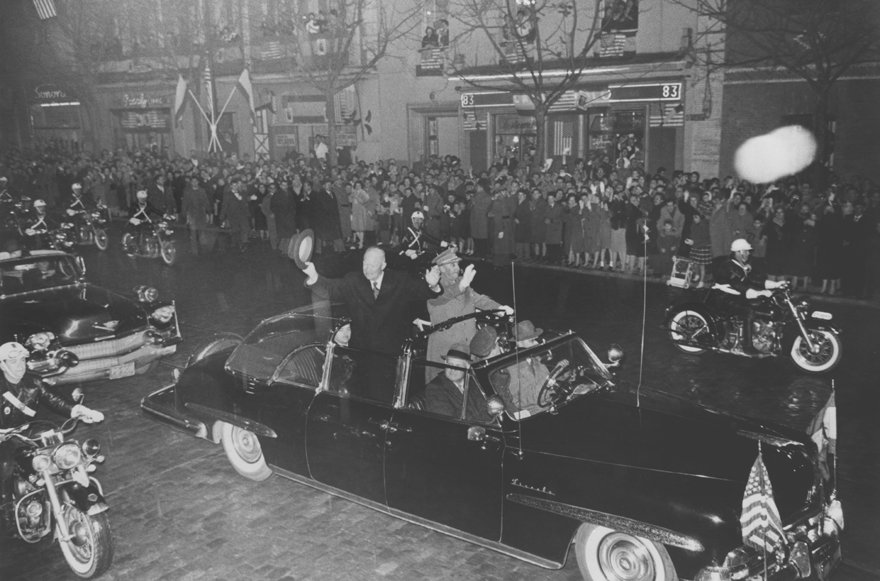 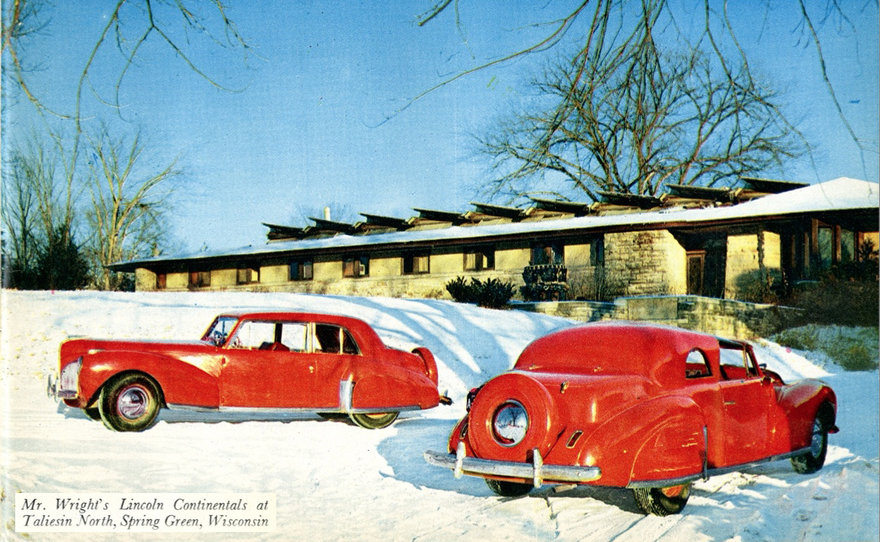 Today, Lincoln is in the midst of transitioning to electric, as many automakers are. But to celebrate their 100th anniversary, they've opened their archives, allowing us to look back on 100 years of gas-powered luxury rides. Here's a few cars that they've provided details on, and we'll put the bulk of the images in a separate gallery: 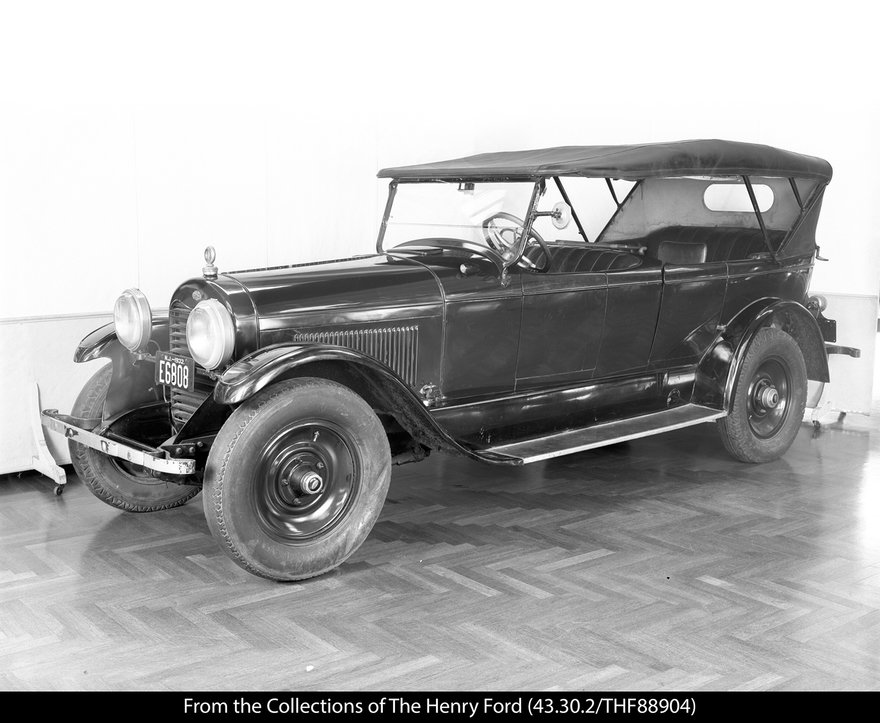 "This Lincoln Model L Touring Car was presented by Henry Ford to his friend and mentor, Thomas Edison. Lincoln vehicles manufactured by Henry Leland were known for precision engineering, as evidenced by the fork-and-blade connecting rods and full-pressure lubrication of the 358-cubic-inch engine – rare features for the time. The exterior, however, is indicative of the brand's mundane styling prior to its purchase by Ford Motor Company." 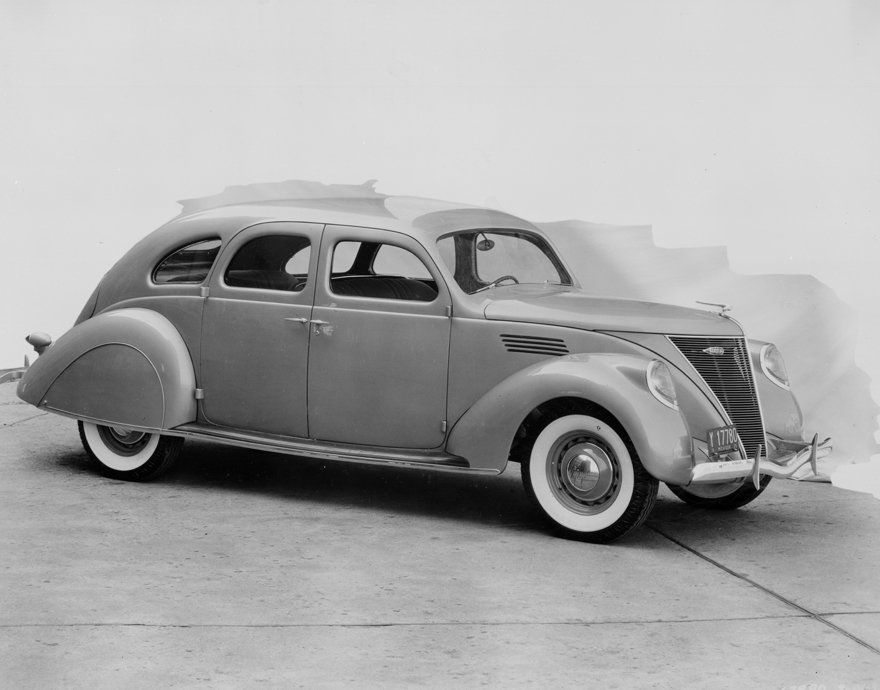 "Lincoln introduced the Zephyr to help stem its losses following the Great Depression, marking the brand's transition from low-production, coach-built vehicles to mass-produced luxury at a more approachable price point. Zephyr's streamlined design and unitized body and frame construction were advanced for the time. Optional features included an electric clock, leather upholstery and a matched luggage set by Louis Vuitton." 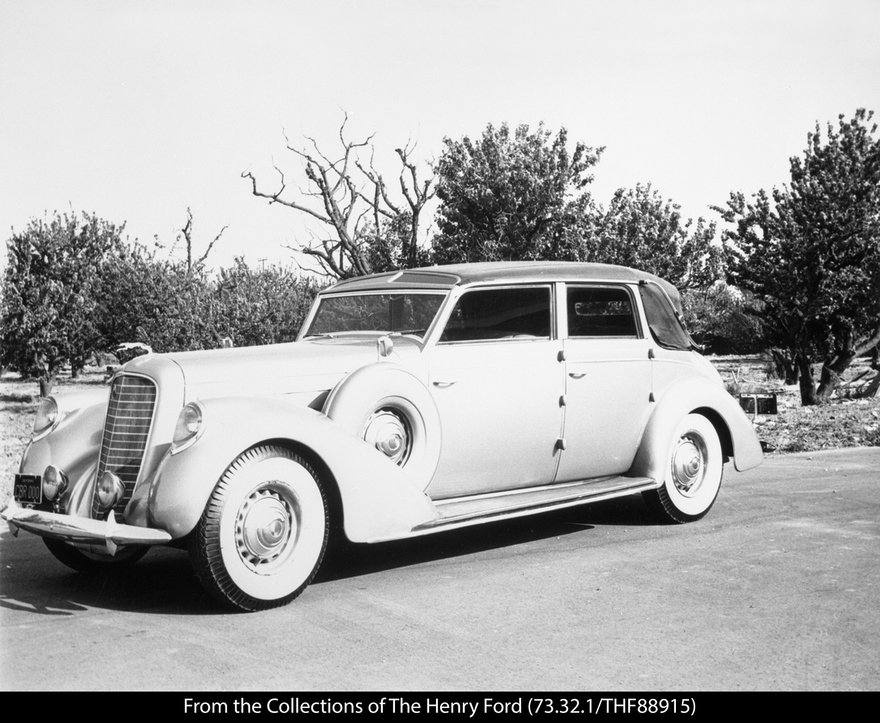 "This Model K Touring Car features a custom coach by the Brunn Company of Buffalo, New York. The design reveals the early influence of Edsel Ford, who turned to coachbuilders to help enhance the luxurious character and visual appeal of Lincoln vehicles after Ford's acquisition of the brand. The Model K, as outfitted here, was the most expensive standard Lincoln back then, and only 10 units were built. Notable features include tinted glass skylights above the windshield and a convertible rear roof section that folds down to let the sun shine in for passengers." 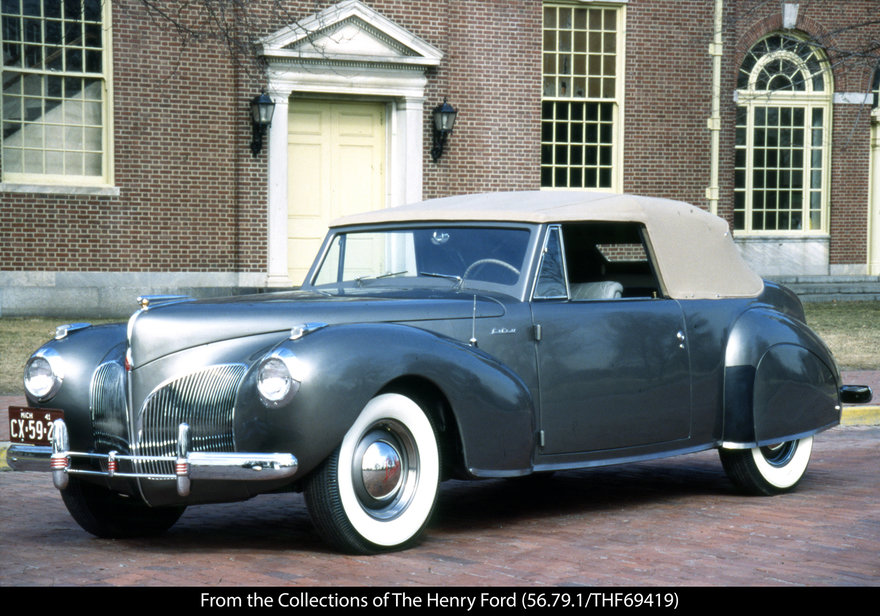 "This 1941 Zephyr was Edsel Ford's personal Lincoln Continental. Upon return from a trip to Europe, Edsel found himself inspired by the long- hood, short-trunk sports cars he saw there and, working with designer Bob Gregorie, he adapted a Zephyr Cabriolet to capture those styling cues. Edsel then decided to put the car into production when friends gave him positive feedback and many purchase offers on seeing the initial prototype. The production version, a highly praised, prestigious automobile, was sought out by the likes of Clark Gable, Rita Hayworth, Babe Ruth and Mickey Rooney." 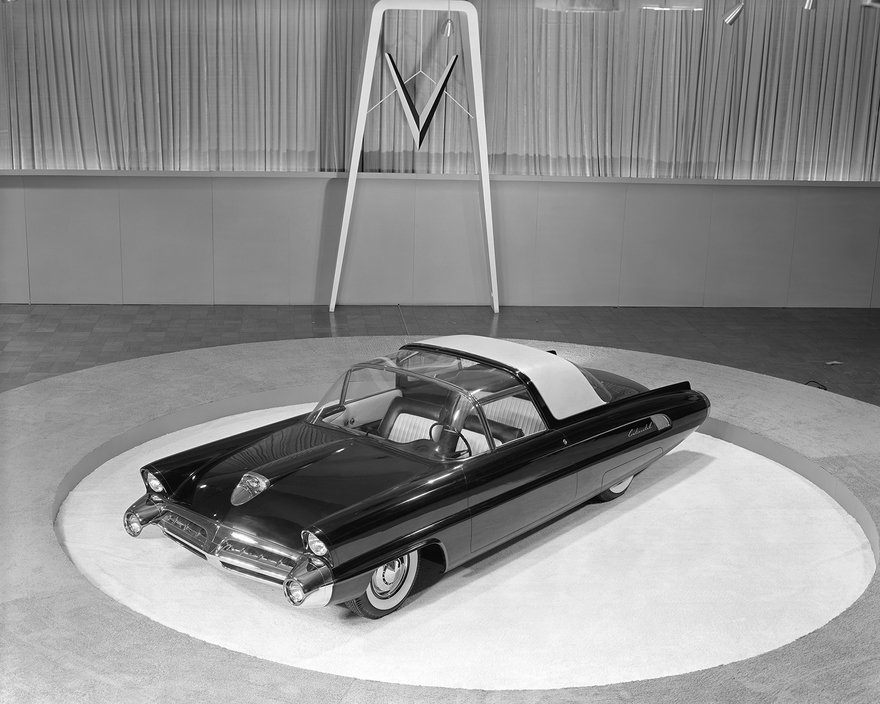 "Originally introduced as the Continental 195X, this X-100 Prototype was built to celebrate Ford Motor Company's 50th anniversary. Billed as a "laboratory on wheels," it featured more than 50 innovations that would go on to become mainstream, such as heated seats and an in- car telephone. Other features that didn't ultimately catch on include a variable-volume horn and in-car electric shaver." 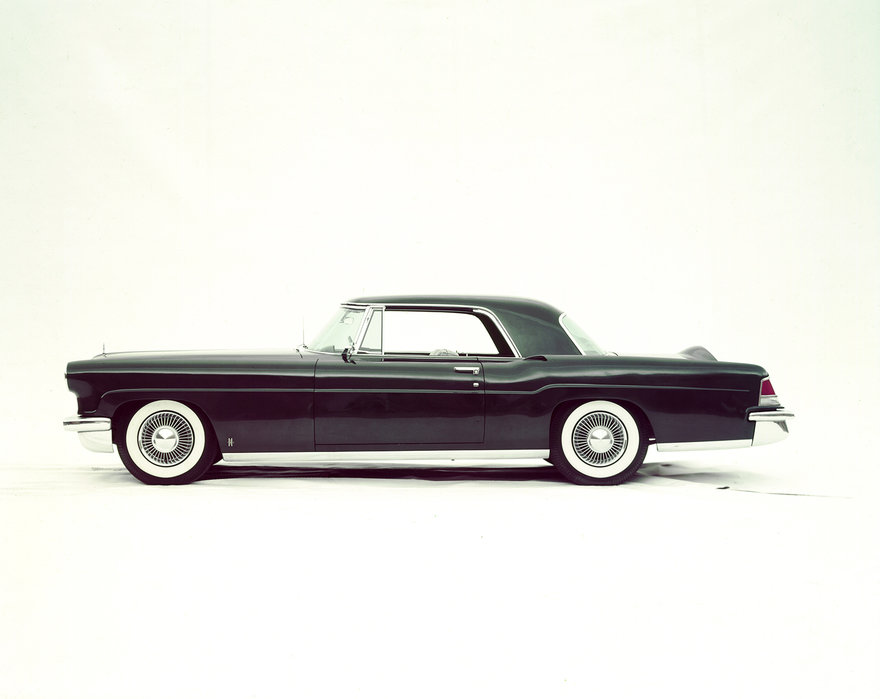 "The project to create the Continental Mark II began in 1952, led by William Clay Ford as a tribute to both the original Continental and to his father, Edsel Ford. Beautifully designed and hand-assembled, it was the most expensive American-produced automobile of its time. This exclusive model was the choice of Elvis Presley, Frank Sinatra, Nelson Rockefeller and U.S. President Dwight D. Eisenhower. Only 3,005 units were built, making the Lincoln Continental Mark II a prized collector car." 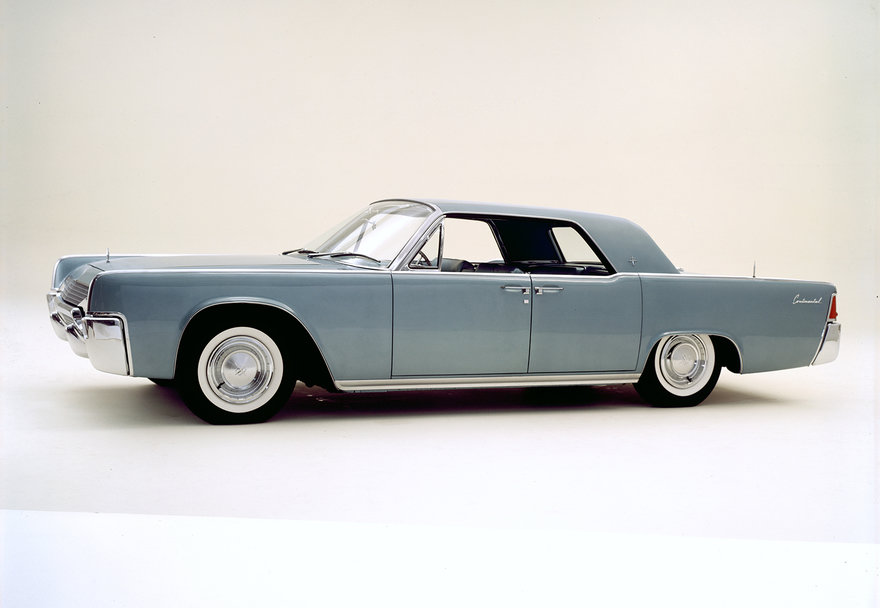 "The 1961 Continental is widely regarded as one of the most iconic, most beautiful automobiles ever built. Its elegant, understated styling made a dramatic departure from tail fins and the heavy chrome popular in the early 1960s. It is famed for its rear-hinged coach doors – designed to allow effortless access – and rarity as a four-door convertible. The 1961 Continental also benefited from a new level of quality control, including a 189-point inspection checklist and the industry's first two- year/24,000-mile warranty." 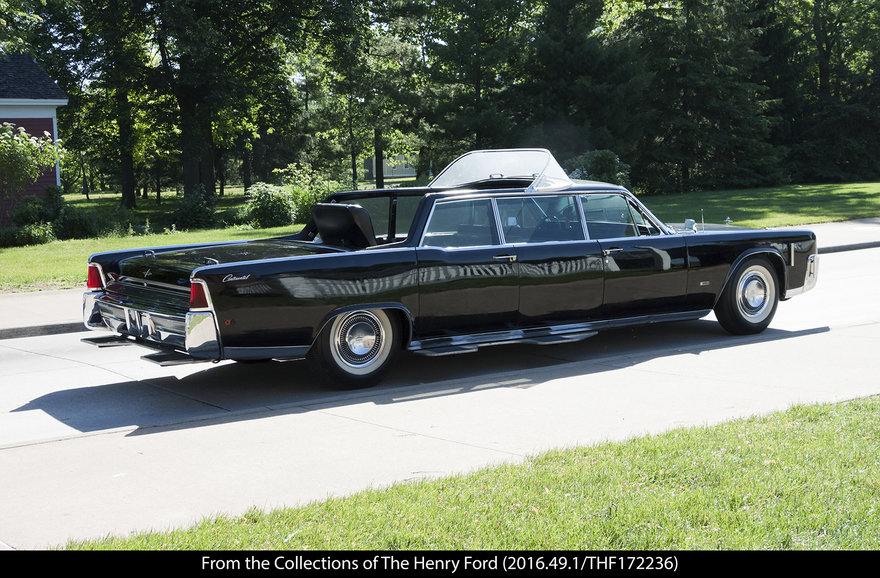 "Starting in 1939, Lincoln enjoyed several decades as the limousine brand of choice for U.S. presidents and other notables. This example from 1964 was custom built by coachbuilder Lehmann-Peterson for Pope Paul VI to use on his 1965 visit to New York City. It later served as the official parade vehicle for Chicago, where it was used by numerous dignitaries as well as the Apollo astronauts. The removable roof allowed occupants to wave to crowds along parade routes." 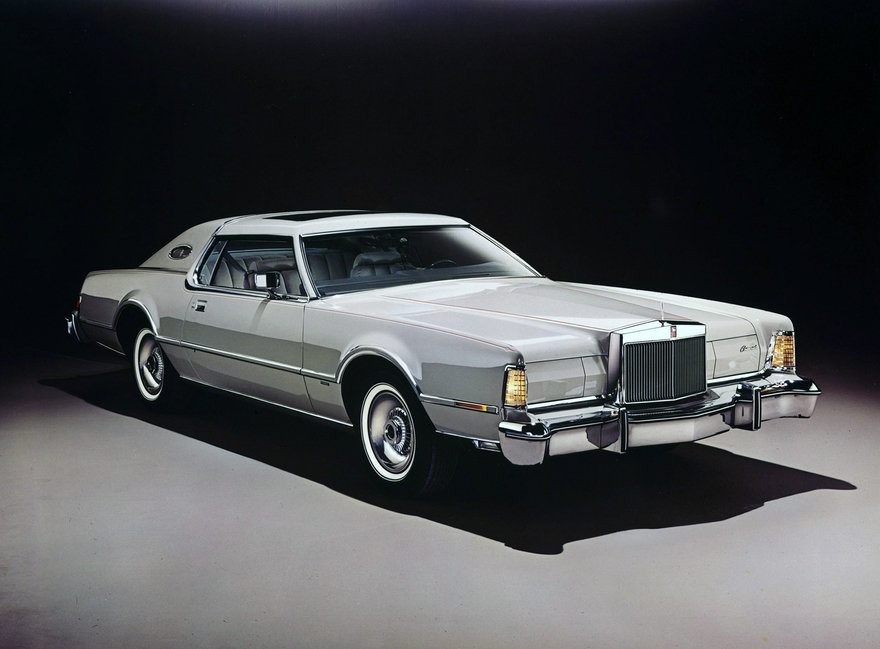 "To make Continental even more personalized and exclusive for its affluent clientele, Lincoln launched a Designer Series Mark IV line in 1976, collaborating with four of the world's top jewelry and fashion houses – Cartier, Bill Blass, Pucci and Givenchy – to offer unique color combinations for the paint, vinyl roof, pinstriping and interior. The designer logo appeared in each opera window, while an engraved plaque bearing the owner's name along with the designer's name graced the instrument panel." 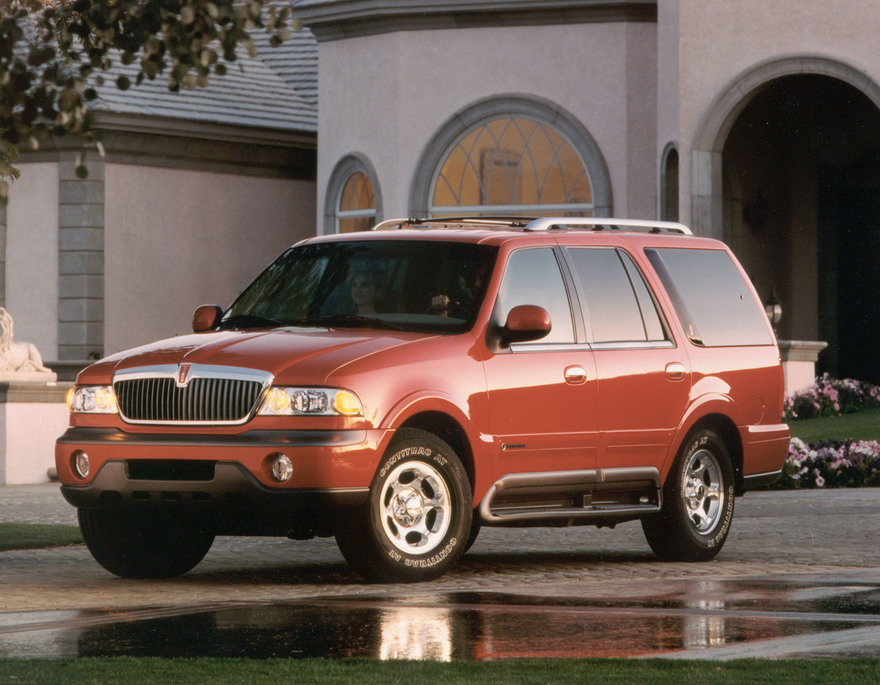 "Announced in late 1996, the all-new 1998 Lincoln Navigator combined the comfort of a premium sedan with the confident ride of an advanced SUV, and propelled Lincoln into sales leadership in the luxury SUV market. Combining the best of both worlds, the Navigator embodied distinctive style and comfort along with full capability and adventure, including features like leather and burled walnut interiors, dual audio and climate controls, seating for up to eight passengers, and Control-Trac's optional four-wheel drive."

Over at the gallery, you'll see the visual progression of how they went from this… 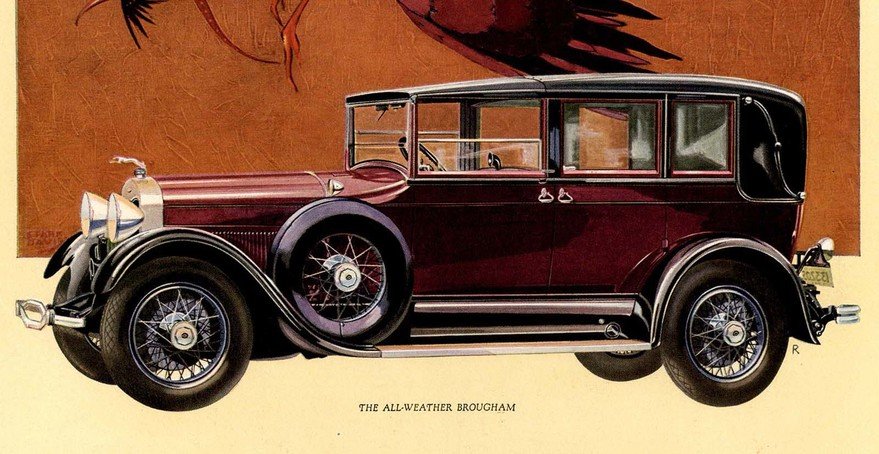 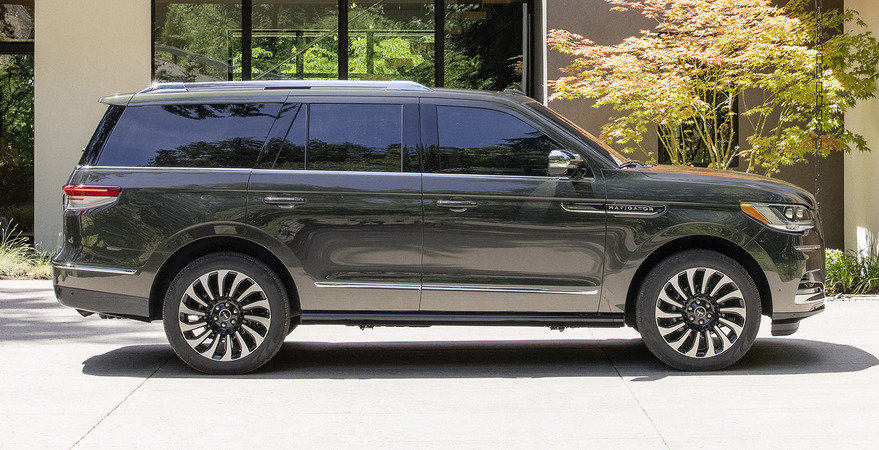 …with some interesting experiments and innovations along the way: 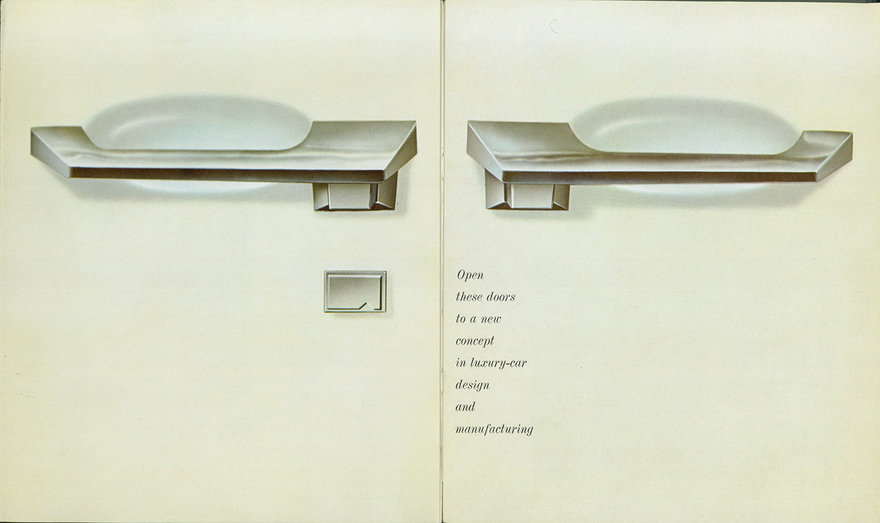 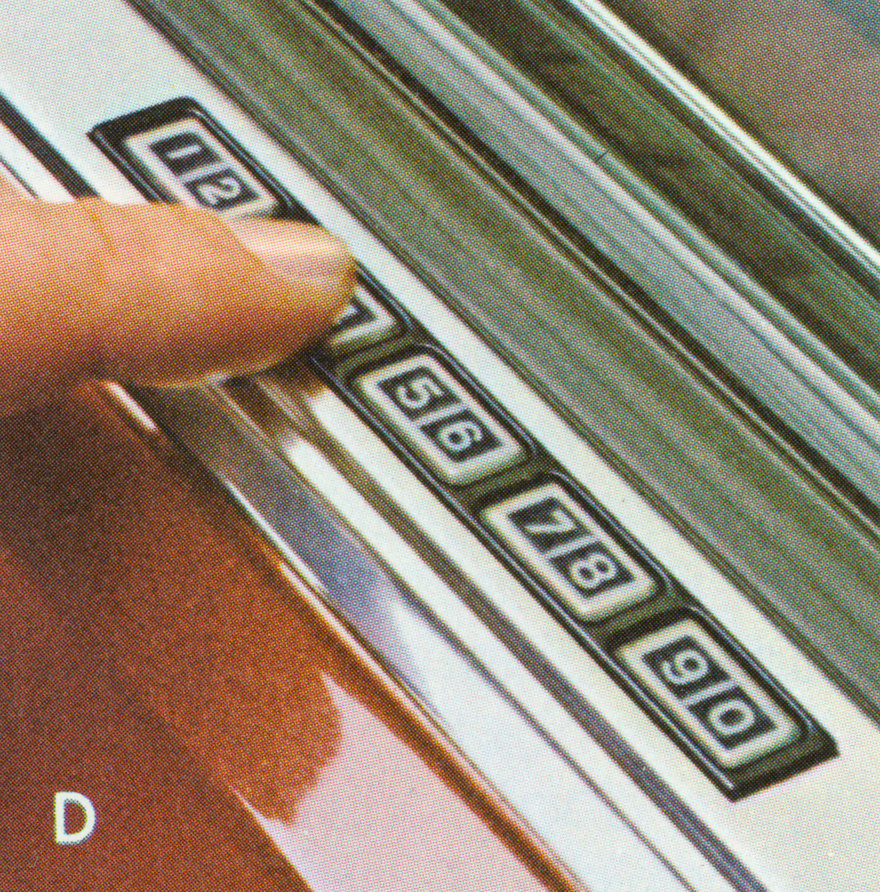 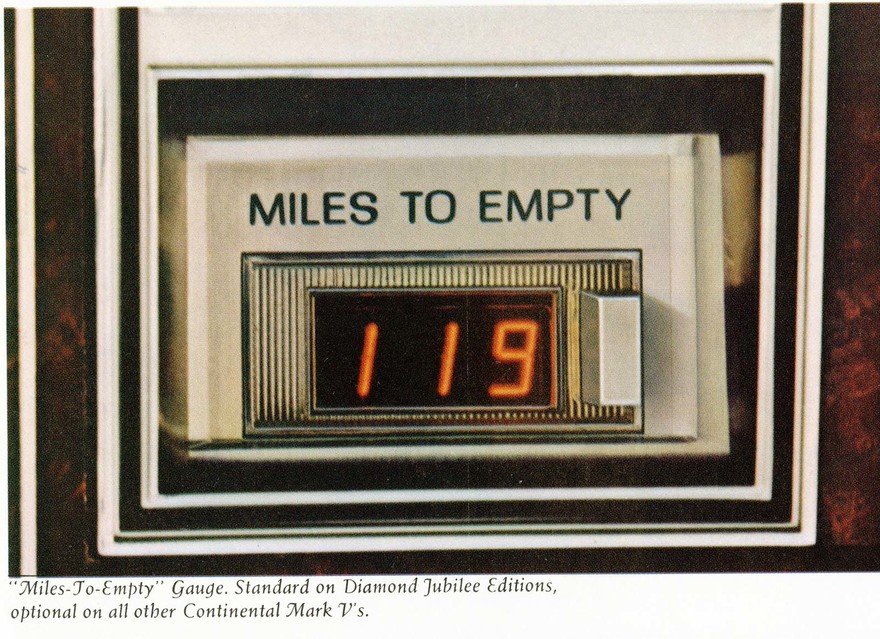 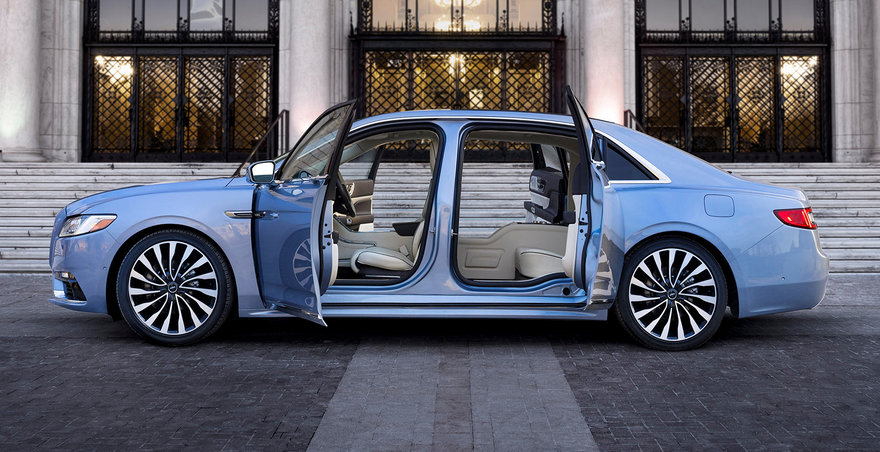 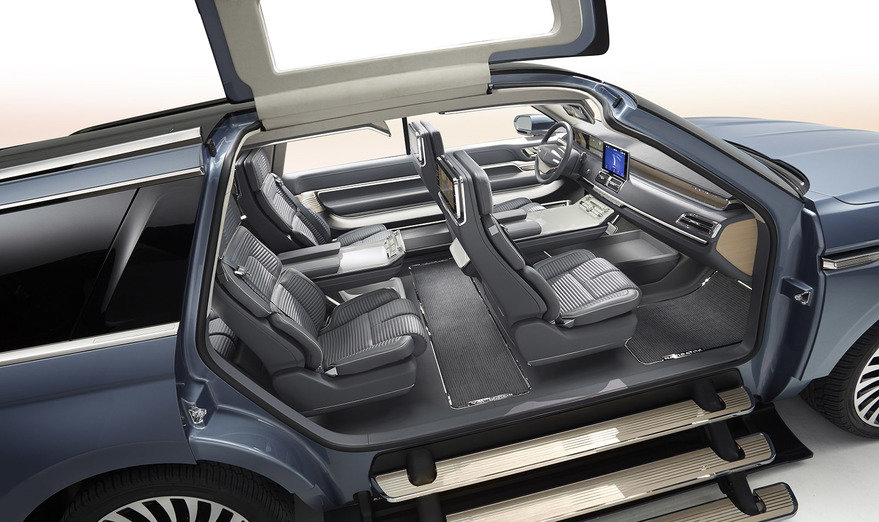 Check out the gallery here.