As a constant reminder of our society's addiction to single-use plastic, I see this "life hack" all the time at the local Walmart: 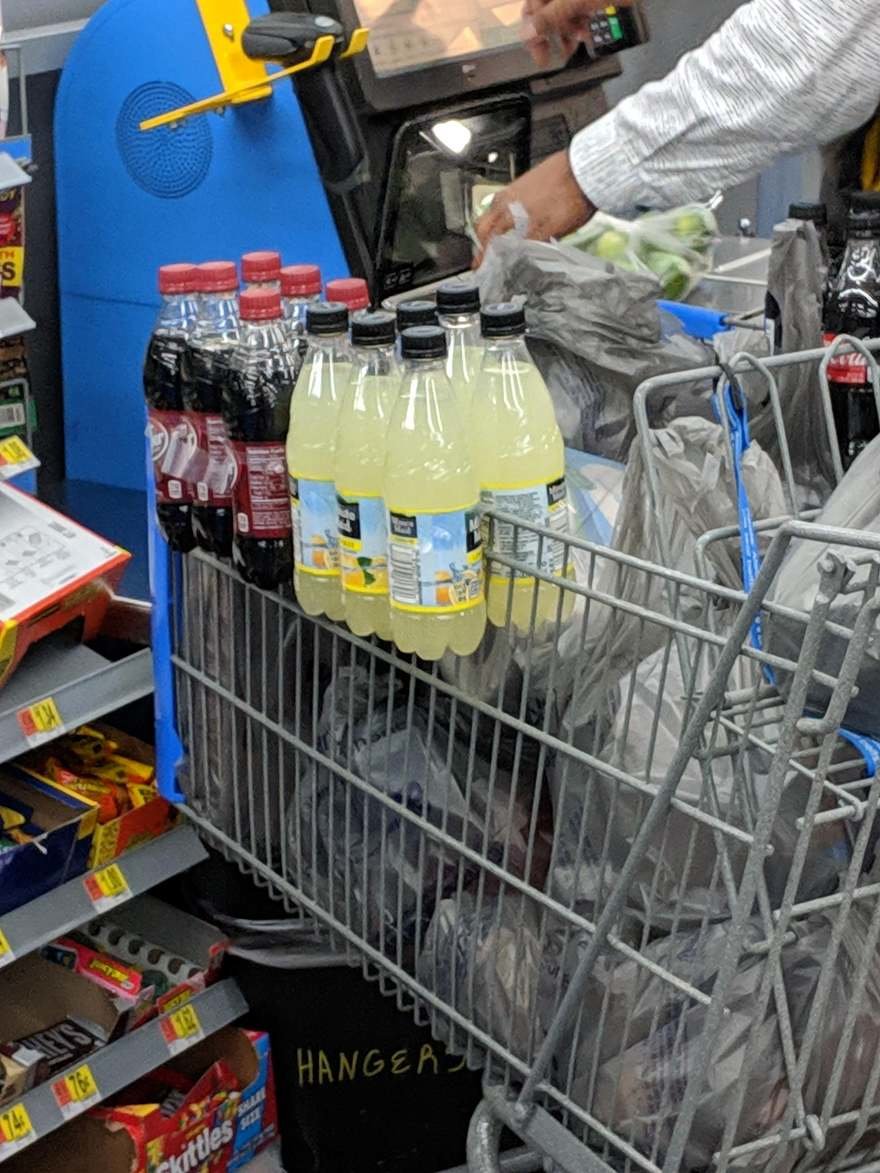 It's particularly striking when you see two parents together, each with their own carts with the sidewalls completely lined with plastic bottles. As we all know, the bulk of those bottles will not be recycled (the PET plastic bottle recycling rate dropped from 27.9% in 2019 to 26.6% in 2020, according to the National Association for PET Container Resources) and will eventually wind up on the roadside or in the ocean.

According to a Global Brand Audit report from last year, "The Coca-Cola Company is the world's worst corporate plastic polluter for the fourth year in a row."

This month Coke has responded by announcing a goal of increasing their sale of refillable bottles from 16% now to 25% in 2030. I find the goal paltry--but was surprised to learn they've even got refillable bottles, as I hadn't heard of them. According to Packaging Europe, the system works as follows (at least in Brazil, where Coke has a refillable initiative): 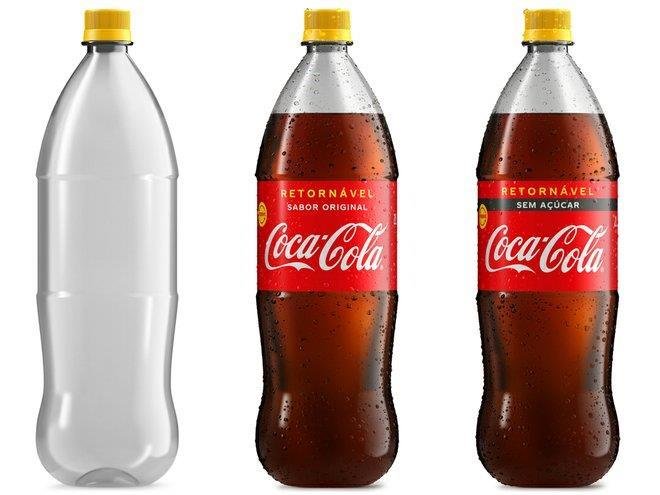 "Customers pay an indirect deposit when purchasing soda in a refillable bottle by receiving a discount on their next purchase when they return the empty bottle to the store – a reward feature that reportedly ensures a return rate of above 90%. The company argues that this feature also creates a strong attachment to the brand, as well as an increased likelihood of repurchase.

"Retailers then store the empty bottles and give them back to Coca-Cola upon delivery of a new order. Next, Coca-Cola brings the multi-branded mix of bottles back to a bottling facility where paper labels are washed off and bottles are cleaned, refilled, and rebranded with a fresh label before being redistributed.

"The bottles apparently last up to 25 cycles and are recycled at the end of their useful lives, along with their 100% recyclable labels."

"The company says that creating a universal bottle design across all brands significantly reduces washing, filling, and costs in terms of reverse logistics, while at the same time lowering carbon emissions. The reusable model reportedly replaces 200 million single-use bottles per year in Brazil and was Coca-Cola's fastest-growing packaging format in 2018 in Latin America."

I guess this is a step in the right direction, but it doesn't give me much hope that we'll see a significant global difference, unless every company selling drinks in plastic bottles does the same thing—and sets a higher goal than just 25% eight years in the future.