DIY Tools and Objects from Russia, During the Cold War Era

The Museum of Other Things is an online collection of DIY solutions from 20th-century Russia. During the Cold War and for years afterwards, resources we Americans take for granted were difficult to come by in Russia. These objects are the workarounds that creative Russians came up with. 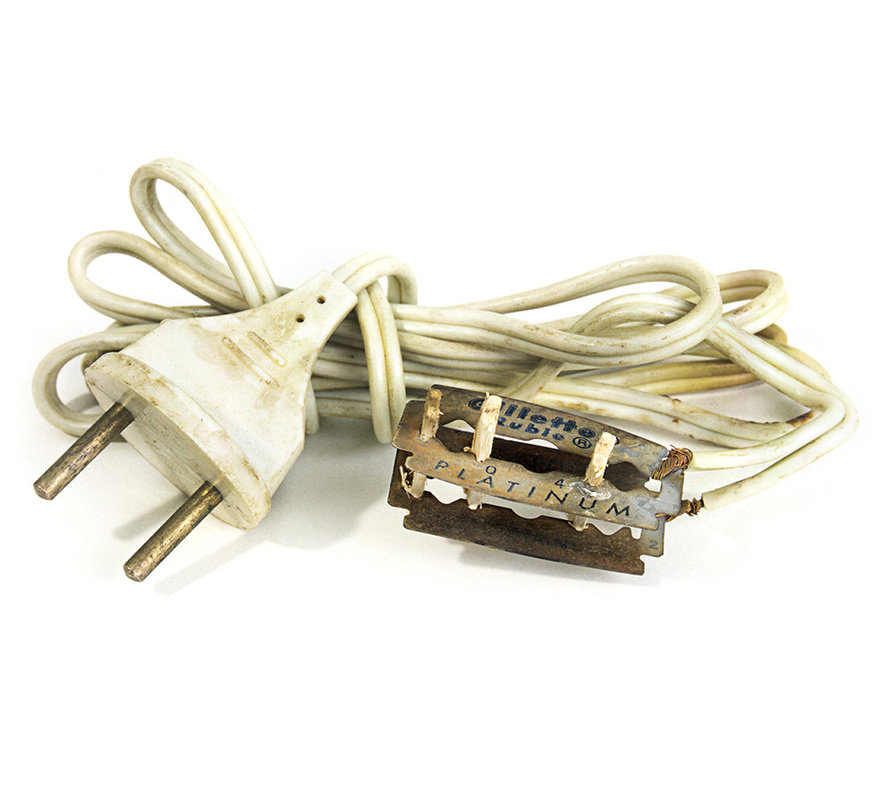 Baichurin was a college student in the '80s. In the dorms, to boil water for tea, he spliced a plug and connected it with two razor blades to form a circuit. He and his dormmates would then drop this into a jar of water, and could boil 3 liters in 2-3 minutes.

"At that time it was difficult to buy such small water-boilers," he writes, "so for us [this] small water boiler was a real luxury." 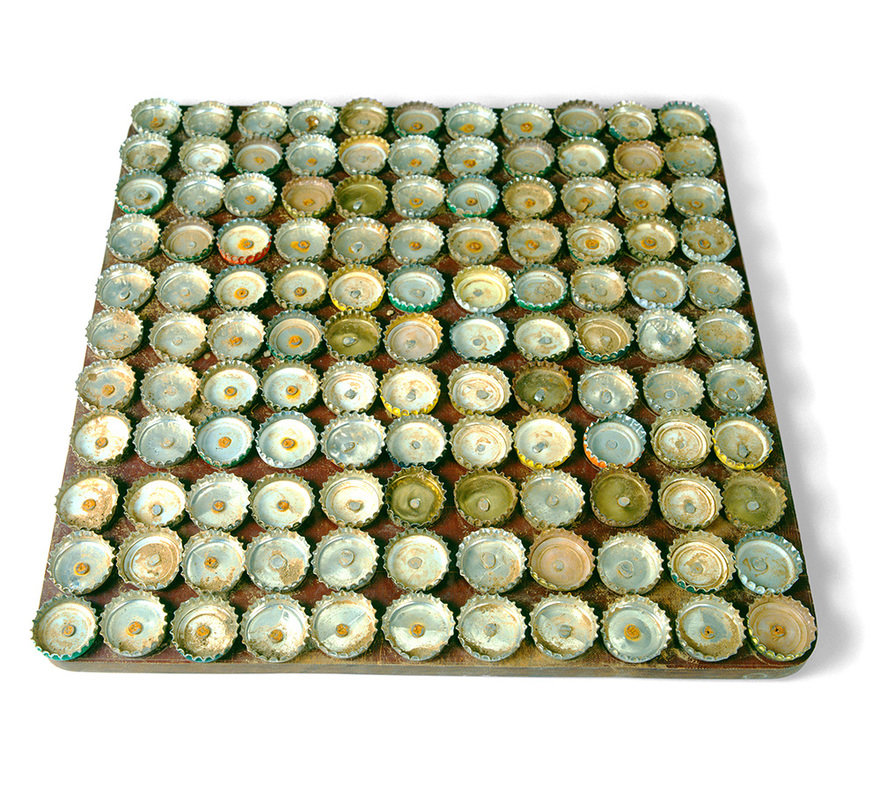 Solomkin and a neighbor would drink beers on their own porches—then throw the caps into each other's yards. As the caps piled up in his grass, Solomkin tried to find a use for them.

"I'd seen a neighbor's porch that had these same kind of bottle caps, flattened out, all over. They served two functions: they stopped you from slipping in winter, and during the muddy season they got rid of the mud on your boots so that you didn't track a load of dirt into the house. The problem was, though, that I had a stone porch, so there was no way I was going to be able to hammer bottle caps into it."

Solomkin's brother, who worked in a factory, brought him a plastic sheet from the factory that had a grid of holes drilled in it. Solomkin then used wood screws and rivets to hack the caps and plastic into a doormat. 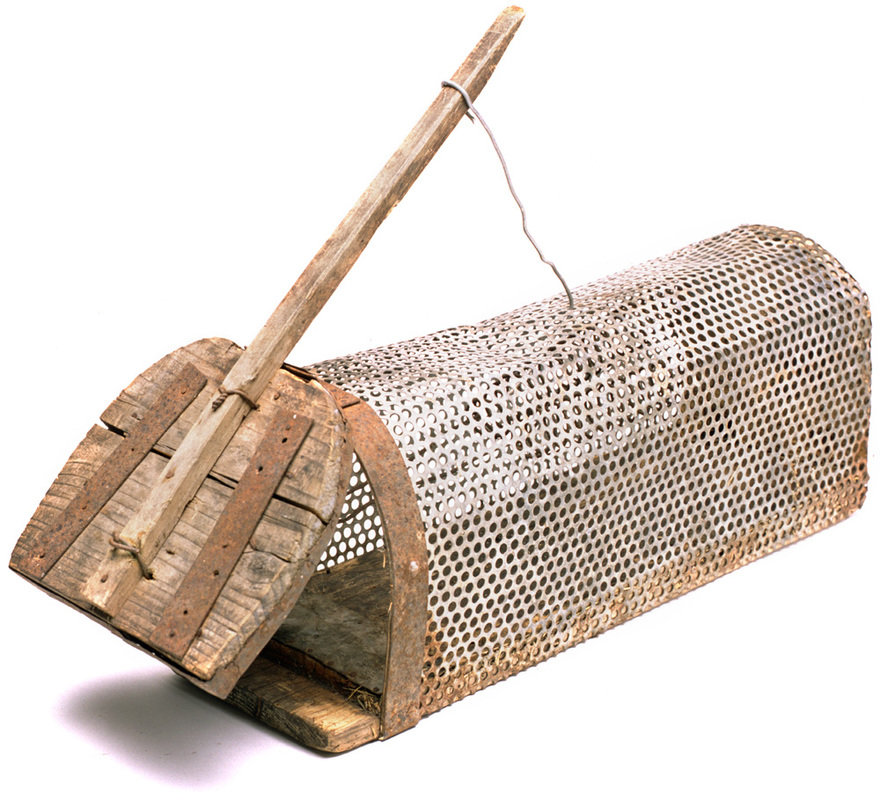 "We caught rats with this," writes Yekaterina Shishkov, showing this object created by her husband, Vasilii. "This was after the war, after the occupation. [Vasilii] did everything himself — the house, the stove. How else? There's no money. Did it all himself – everything for the house he did himself." 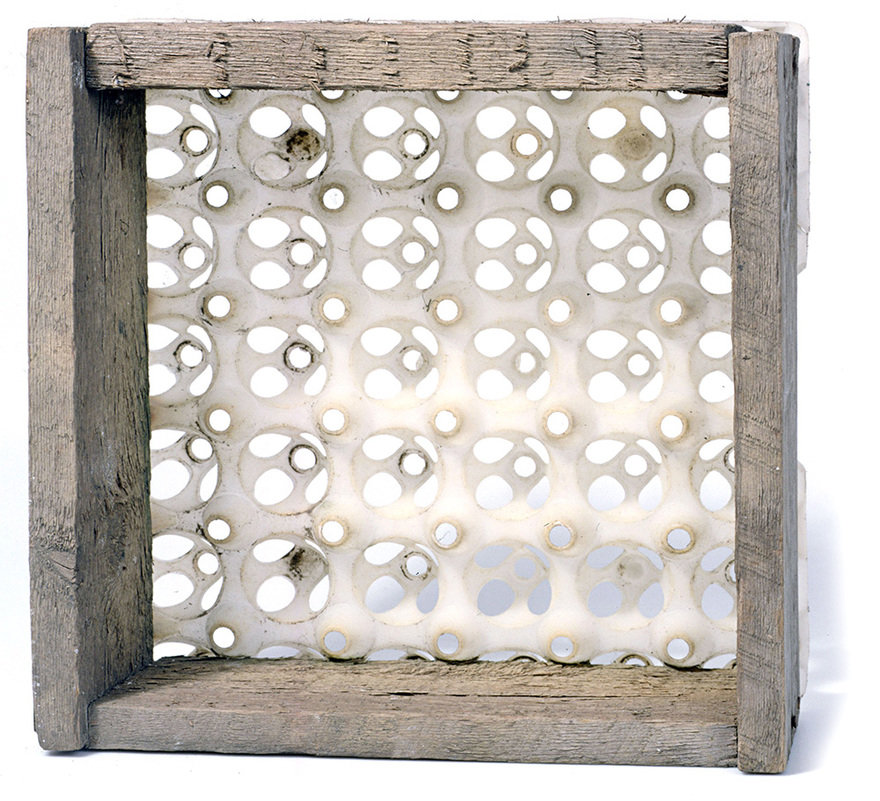 Igor was building a house, and for materials he needed to separate stones from damp sand.

"I came across this thing that was used to store eggs, and I thought I might be able to use it to sift the sand. I tried it at first without the box, without edges, but it was very slow. Then I made this box, hooked it on, and it started to sift. No kidding. It worked pretty well and I used it a lot. Almost a whole bucket of sand fits in there, then you shake it, and all the stones stay on the top. It was wet sand, remember, and had damp lumps, but they didn't plug up these holes.

"This was exactly the kind of sieve we needed. It was a one-off thing, made for a specific moment in time." 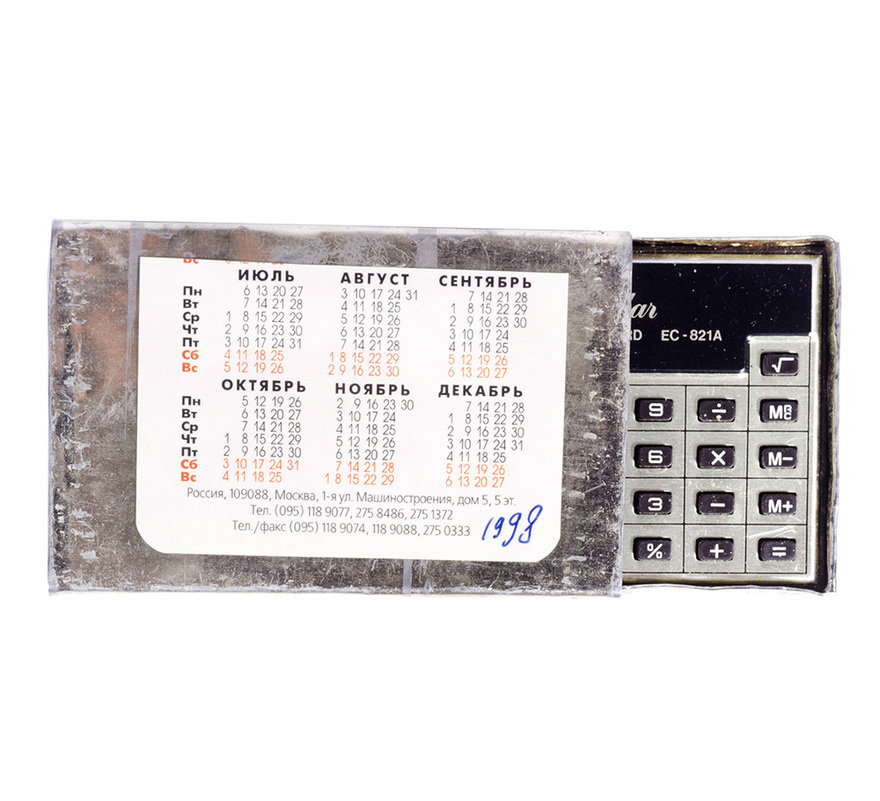 The explanation for this one really surprised me.

"This is just a regular Chinese calculator; I paid a dollar for it. But this box is made of iron. I made it in my student days, when a calculator you bought for a dollar was a valuable thing. But they were disposable; you couldn't change the batteries.

"And that was the reason why such heavy iron boxes for them began to appear. They stopped the buttons from getting pressed accidentally and turning the calculator on."

Drozdov says that he made the case by flattening the metal using his father-in-law's hammer and anvil.

DIY Tools and Objects from Russia, During the Cold War Era