The Big Shot looks fun to use

Following a storm, we have many "hung-up" trees on the property like these. Cutting them down is necessary but dangerous. When one tree is entangled with another, the forces on it are unknowable, and cutting it loose near the base can cause the butt to suddenly jump in an unexpected direction. The tree can also roll unexpectedly. Either can kill the feller. 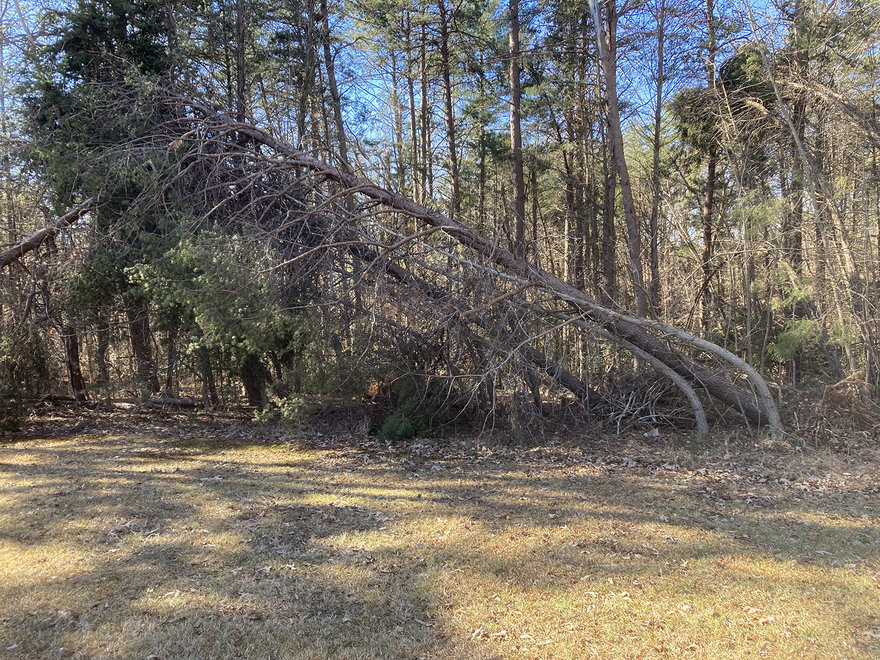 Wherever possible, before I cut any widowmakers I get a rope around a high part of the tree and use the truck to pull it sideways, disentangling it and allowing it to fall to the ground. I learned that to get the rope up there, you use an arborist's throw weight like this, which some of the locals call a "monkey's paw:" 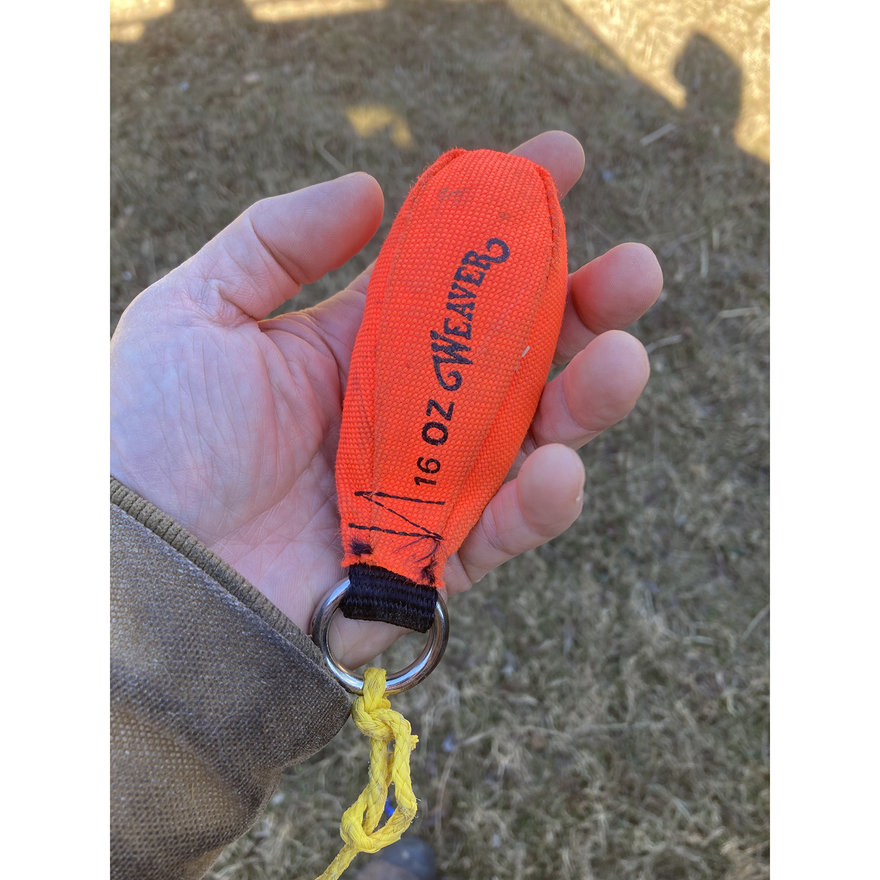 You tie a nylon string to the weight, throw it up over a branch, let it fall to the ground on the other side. Then you untie the weight, tie your rope to the string, then pull your rope up and over the branch. 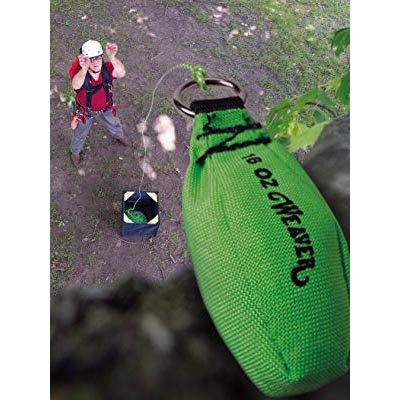 Sounds simple, but it's quite difficult to reach certain heights when circumstances dictate you throw vertically. In those instances you must throw it underhand and jump at the same time to get the velocity, and it ain't graceful. For my first such throw I spent 30 minutes and every calorie I had jumping up and down like an idiot and missing, while my wife watched through the kitchen window and reflected on other men she could've married.

I've just learned that professional arborists and tree climbers solve this problem with, of course, a cool tool: The Big Shot Throw Weight Launching System, which is essentially a gigantic slingshot. 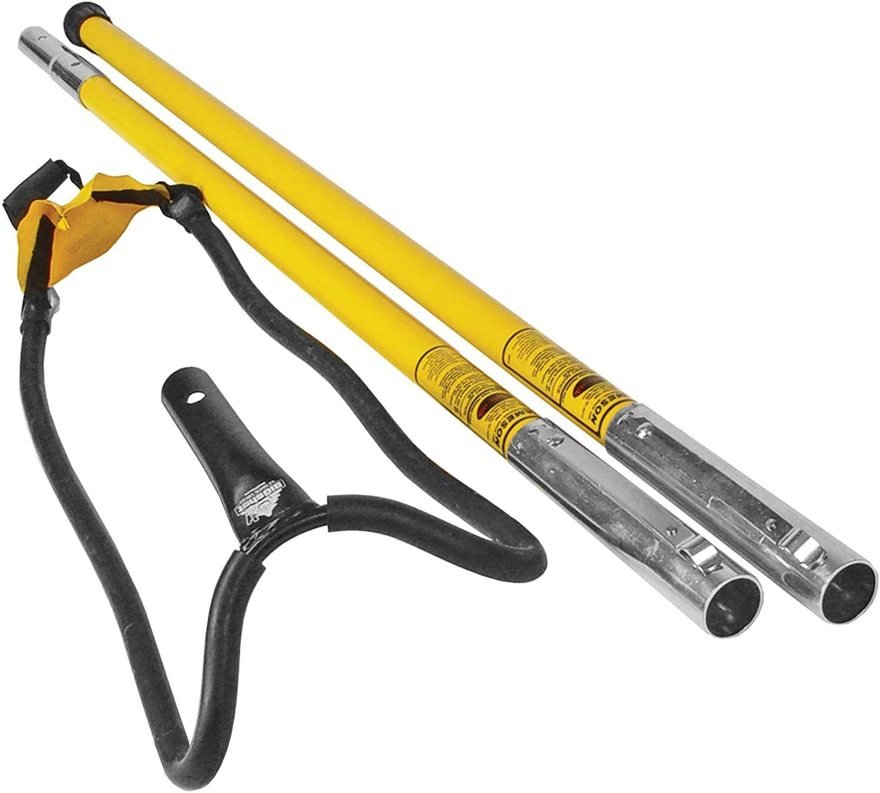 "If you're looking to thread the needle through the thickest of canopies or launch throw weights up to 150 vertical feet, reach for the tool arborists around the world call for by name," writes manufacturer Sherrill Tree.

It looks fun to use:

Rooftop workers use them too, to get ropes over a house:

They even make a trigger add-on: 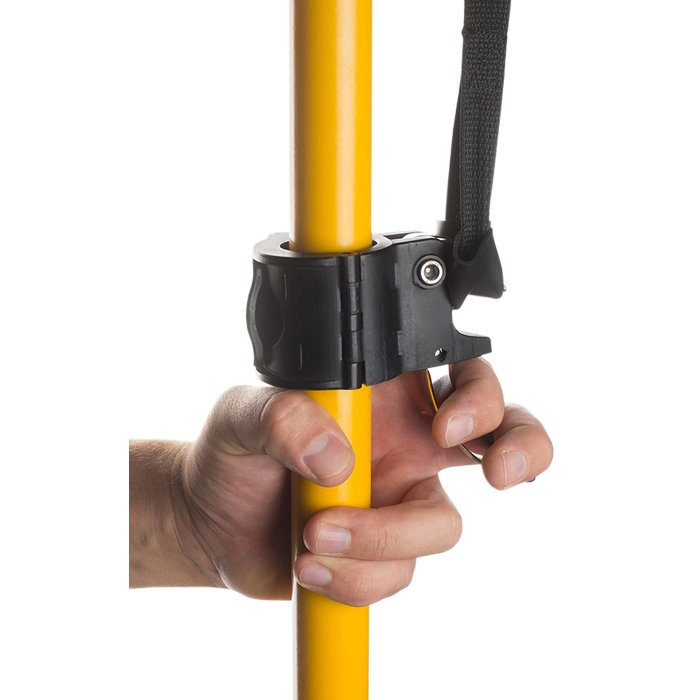 I'd love to avail myself of this cool tool, but they run about $200. I guess for now I can just put something over the kitchen window.