Sony on the Design of the New PlayStation VR2 Headset

This week Sony unveiled the design of their new PlayStation VR2 headset. Pleasingly, it's become standard practice for the company, like Apple, to discuss what their designers were going for.

The shape of the headset is not pure form follows function; instead the designers wanted to work some poetry into them, as well as ensure they felt of a set with the other components in the system. "You'll notice the PS VR2 headset has a similar shape as the PS VR2 Sense controller, taking on a matching 'orb' look," the company writes. "The circular orb shape represents the 360-degree view that players feel when they enter the virtual reality world, so this shape captures it nicely.

"The design of the PS VR2 headset was also inspired by the look of the PS5 family of products. When our design team created the PS5 console, they also had the next generation VR headset in mind so you'll notice some similarities in the look and feel. The PS5 console has flat edges as it is meant to be displayed on a flat surface, while there was more emphasis on adding roundness to the design of PS VR2 headset since it is meant to have constant human contact, similar to the rounded edges of the DualSense controller and Pulse 3D headset."

As for the challenges of designing something meant to hang off the front of one's face, "we paid very close attention to the ergonomics of the headset and conducted extensive testing to ensure a comfortable feel for a variety of head sizes. We already had a lot of positive feedback on the ergonomics of the first PS VR headset by carefully balancing the headset weight and having a simple headband that can be adjustable, so we kept the same concept for the PS VR2 headset." My guess is the headband is adjustable by the dial on the rear, which presumably links to a rack-and-pinion inside the housing. 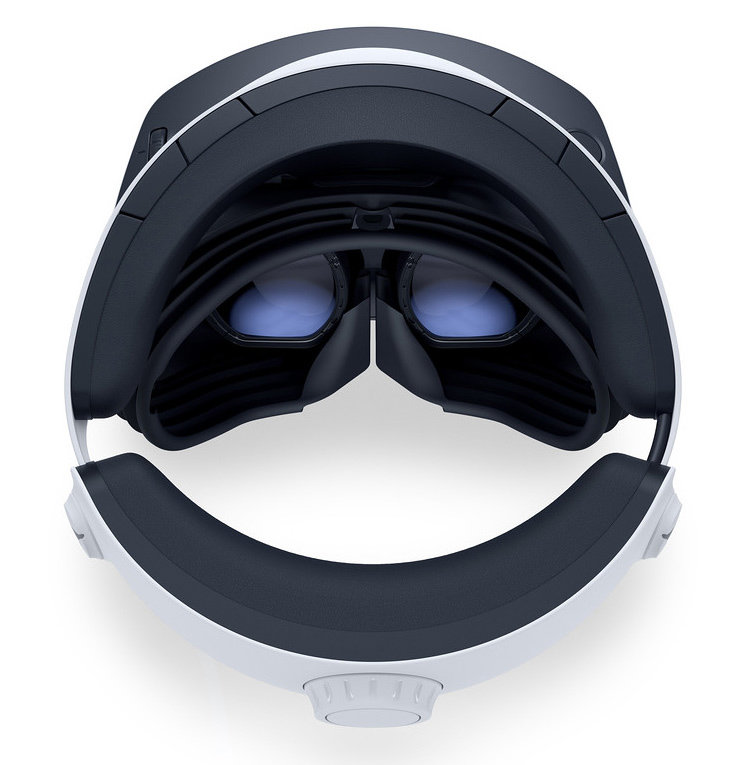 New features include a lens adjustment dial so users can better center the lenses based on the actual distance between their eyes, instead of having to deal with a one-size-fits-all set-up. A motor was also added to provide force feedback, but the new headset still sees an overall weight reduction from its predecessor.

Sony's Yujin Morisawa, who led the design team, speaks about one feature in particular:

"When I started to work on the design for the PlayStation VR2 headset, one of the areas I wanted to focus on first was the idea of creating a vent in the headset to let air out, similar to the vents on the PS5 console that allows airflow. Our engineers came up with this idea as a good way to allow ventilation and avoid having the lens fog up while players are immersed in their VR games. I worked on many design concepts to achieve this, and in the final design, you can see there is a little space in between the top and front surface of the scope that contains the integrated ventilation. I am really proud of how this turned out and the positive feedback I have gotten so far. I hope our PlayStation fans will also agree, and I can't wait for them to try it out." 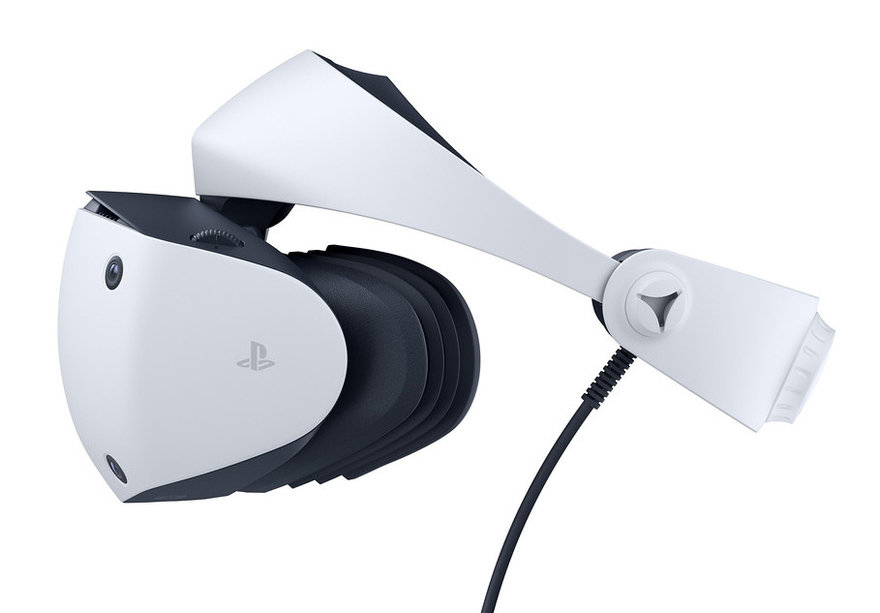 To be honest, I don't much care about VR headsets. But I am very interested to see so much space given to the thoughts and goals of the designers behind the product, even about minor details like vents. This was not common just ten or twenty years ago—laypeople just didn't care—and it makes me optimistic that our society is gradually transitioning into a more design-literate one.