For small-scale construction, chalk lines are an invaluable layout tool. For larger projects, chalk lines and tape measures won't cut it; imagine marking out where all of the booths go in a gigantic exhibition hall, or mapping out a series of sprawling structures on an empty lot. Hence Monsen Engineering Solutions designed this Tiny Mobile Robot:

It looks cute, like a little droid that lays paint doodies. But in fact it's an incredibly powerful tool that increases marking accuracy and speed. The autonomous 'bot can work an 8-hour shift on a single charge, plopping down up to 600 dots an hour with 1-2cm accuracy. Data is fed to the 'bot on a USB stick, and it knows where it is thanks to its built-in GNSS (Global Navigation Satellite System) receiver. It can be connected to a tablet or other device via Bluetooth. 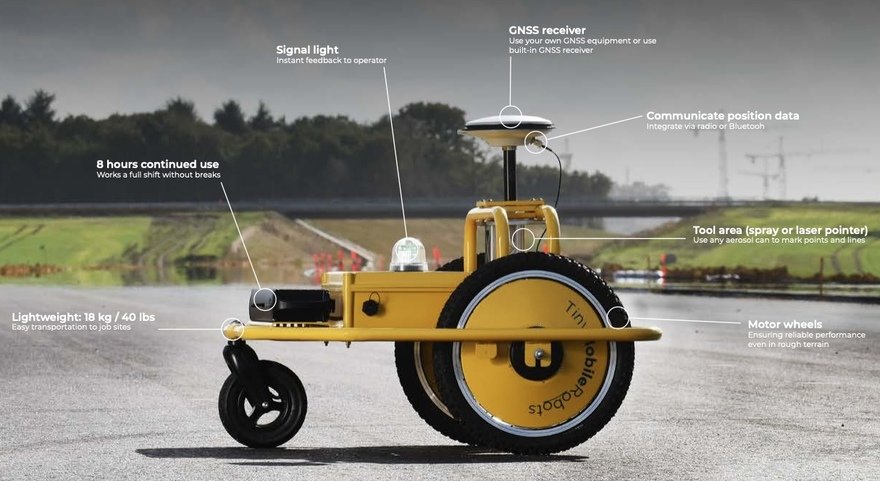 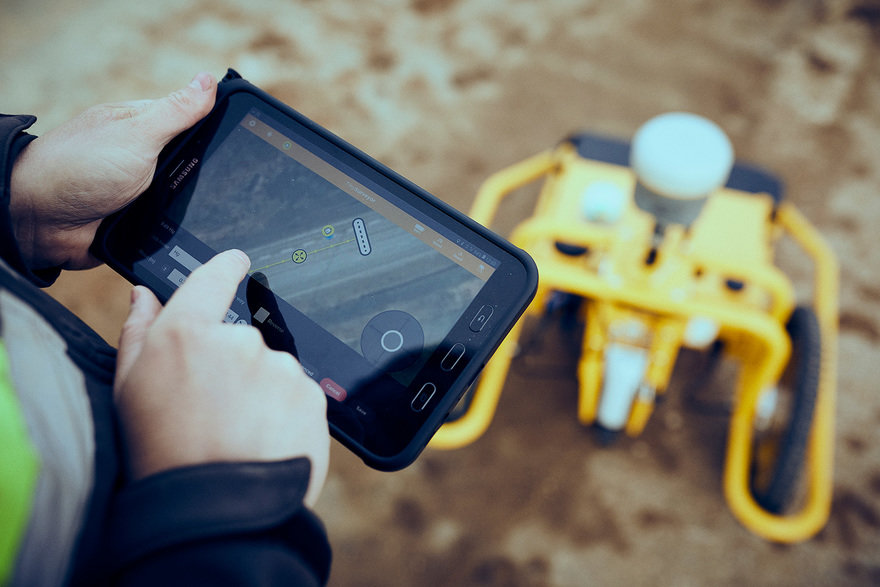 After meeting with success in the construction industry, the developers realized the Tiny Mobile Robot was also a perfect fit for another sector: Sports. A modified version called the Tiny Line Marker Sport was released... 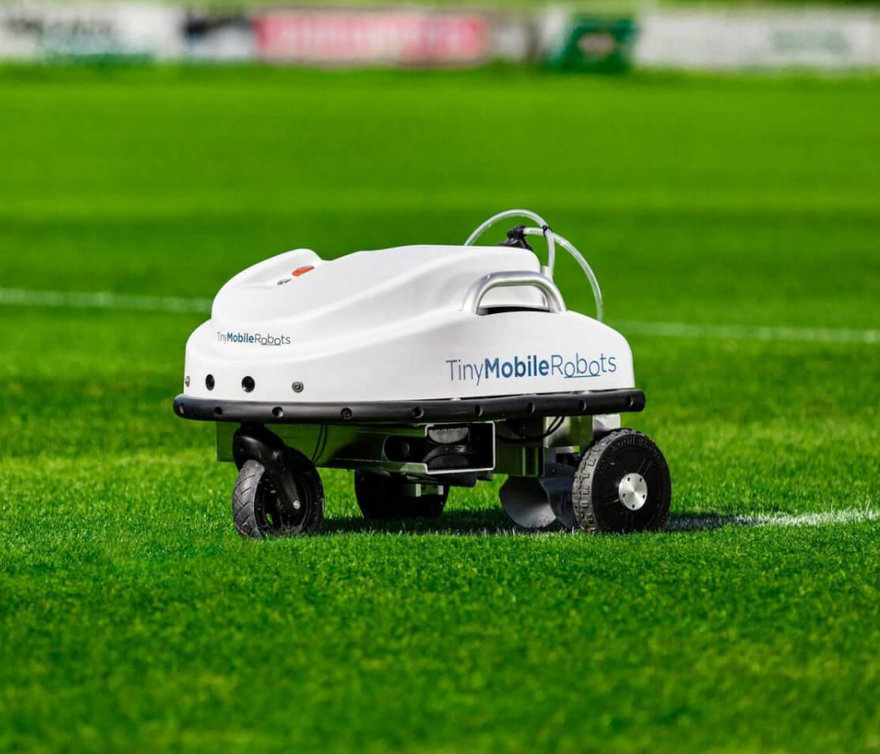 Here it is doing a European football pitch:

These gave me an instant flashback to watching the plotter on my first ID job! I'll never forget the staccato screeching sound of that machine.

By the way, I've gotta say that European football is not only a faster game than American football, but marking the pitches is faster too. The elapsed time of the American football field above was 2 hours, 30 minutes. The soccer pitch? "Less than 20 minutes," the description says.