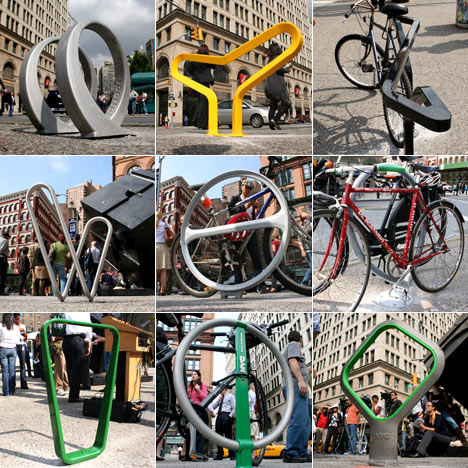 Prototypes of the shortlisted entries in the CityRacks Design Competition were installed for public scrutiny at Astor Place in New York today, the jury are welcoming feedback via comments on the official site and will announce the winner October 24th, 2008.

The competition brief specified for a surface mounted design which a couple of entries hadn't fully resolved yet. Most of the submissions are only intended to lock 2 bikes, multiple clusters would be used on larger sidewalks to accommodate more cyclists.

Another aspect of the competition is that the design should serve as a visual icon and promote cycling in New York, anyone living in the city will be familiar with the numerous bright green bike lanes that have appeared in the last few months as part of an overall initiative to make New York bike friendly.

Click through for details of each entry Baronivaleriani Architetti 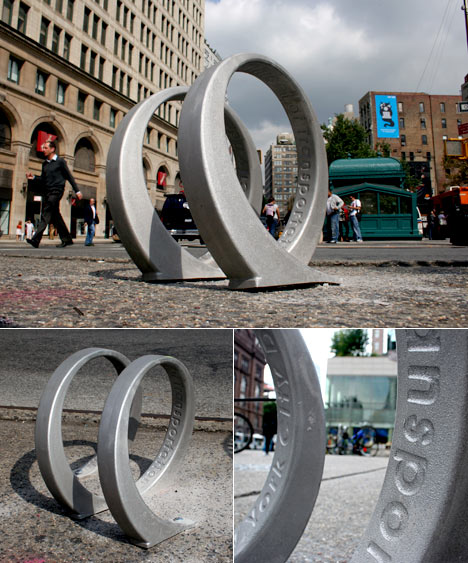 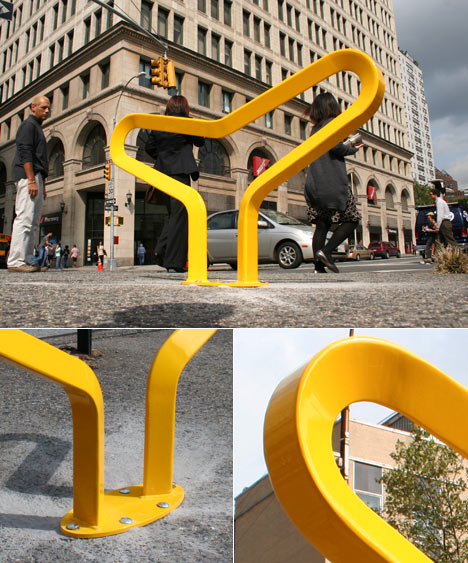 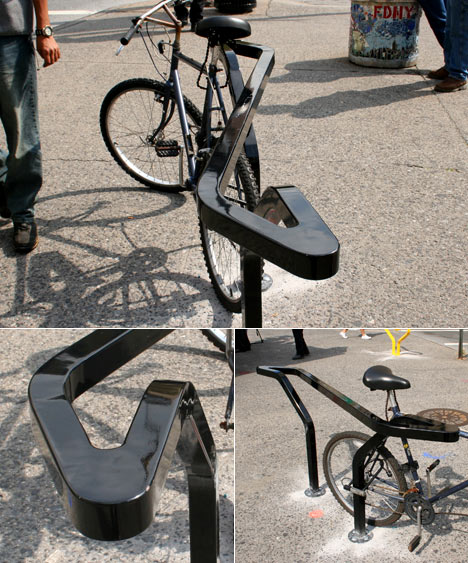 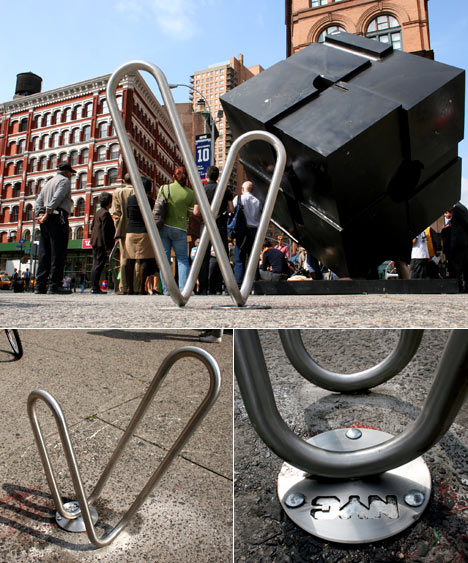 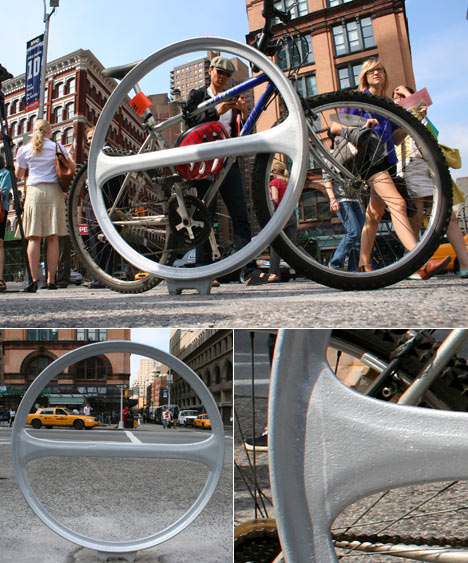 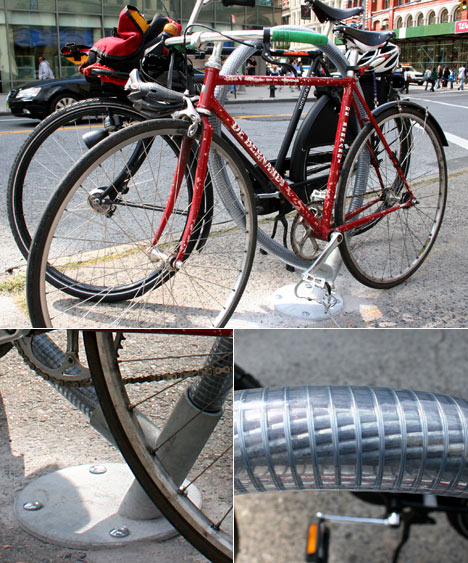 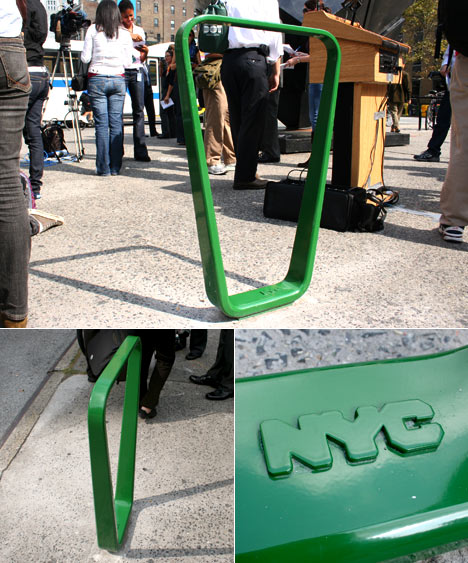 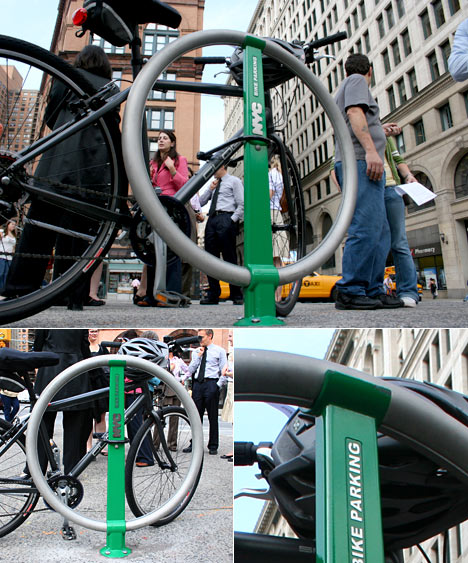 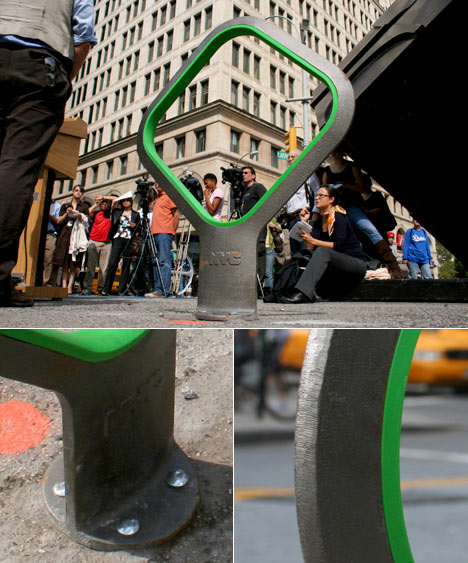