Architect and design researcher Dr. Ahmed Kamal Ali is the founder/director of the Resource-Based Design Research Lab at Texas A&M University. And he struggles with something involving his work: ""I love waste because I make use of it," he told Texas A&M Today, "but I also hate it at the same time and don't want people to produce more of it."

Dr. Ali's current interest is in finding useful, profitable applications for industrial waste. A few years ago he co-authored a paper observing that green "living" walls, which are rising in popularity, are often produced from raw materials or recycled PVC.

Ali and co-author Bruce Dvorak, a professor of landscape architecture at Texas A&M, proposed to "explore if existing sheet metal by-products could be repurposed as green wall systems and provide beneficial ecosystem services." Ali, Dvorak and professor of engineering technology Jorge Alvarado oversaw a student/faculty team who worked through designs for a green wall made from galvanized sheet metal off-cuts from the automotive industry.

"Sheet metal scraps in bundles prior to fabrication at the university (left) and after fabricating (right)."

"One design was refined and was trialed for cutting using a water-jet machine and assembled with manual folding," they write. "Three hundred prism-shaped modules were attached to a vertical steel frame. Drip irrigation lines deliver water to each module. Drought tolerant plants were used to minimize irrigation water. It is estimated that compared to conventional living walls, the proposed system uses about half of the volume of water needed for irrigation." 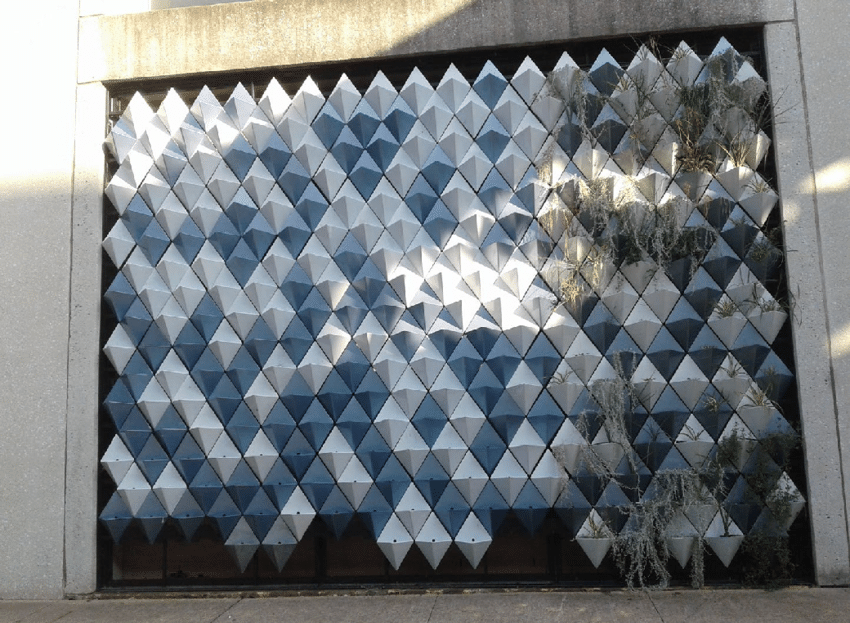 The 14x18-foot frame and planters is attached to Building B of Texas A&M's Langford Architecture Center, and was deemed a success. It used up 20 tons of sheet metal waste.

"Thermal image of the wall (left) was taken with a FLIR©® camera at 15:44 hrs on August 29, 2018. The heat energy visible in the image is latent heat, as the wall has a southwest exposure and was in shade approximately two hours prior to the photo. The white circle on the left center of the thermal image locates the 29.0 °C. The planted modules include darker blue pixels on the right side of the image."

The system is modular and expandable. Texas A&M reports that "The entire wall system is designed to be easily accessible, changeable and sustainable" and that the "Planters are supported only by the law of gravity" (but frustratingly, they don't provide more detail than that).

"As soon as the wall was up, it generated critical research questions from scholars across campus," Ali said. "People from agriculture wanted to work with us to see how they could grow food vertically in cities. Water resources engineering wanted to collaborate on rainwater harvesting and wastewater irrigation. Other researchers from material sciences and engineering said they wanted to study the effects of bending sheet metal and energy savings."

Ali has filed patents for the living wall system, and is in talks with Zahner, a world-renowned architectural metal surfaces company, about commercializing the product. This could allow living wall systems to be incorporated with building skin systems into large-scale construction projects but also potentially available at home improvement stores for smaller-scale use.

"We want to make this available to the public," Ali said. "As a product in the market you could perhaps buy 50 of them and use them in your backyard or on your exterior walls for planting to grow vegetables and flowers."

The success or potential success of the wall aside, it's really Ali's program that sounds like the killer app:

In his design studios, Ali presents waste-related, theoretical and real-life challenges to teach creative design thinking to his students. While architects typically design and then figure out materials, Ali uses something he calls "synergistic means-oriented design" to put the materials first, such as manufacturing waste, and then identify an application to use it.

"When you give students this type of project-based assignments, they are excited to think about the problem, rather than just the goal of designing a building," he said. "When they start with the waste problem, they have to learn about things that aren't just architecture. They investigate ecology, manufacturing, steel production, industrial symbiosis, etcetera, before they design and start to employ creative design thinking to come up with solutions."

"The design education allows you to be critical, incredibly creative, and constantly push boundaries," he said. 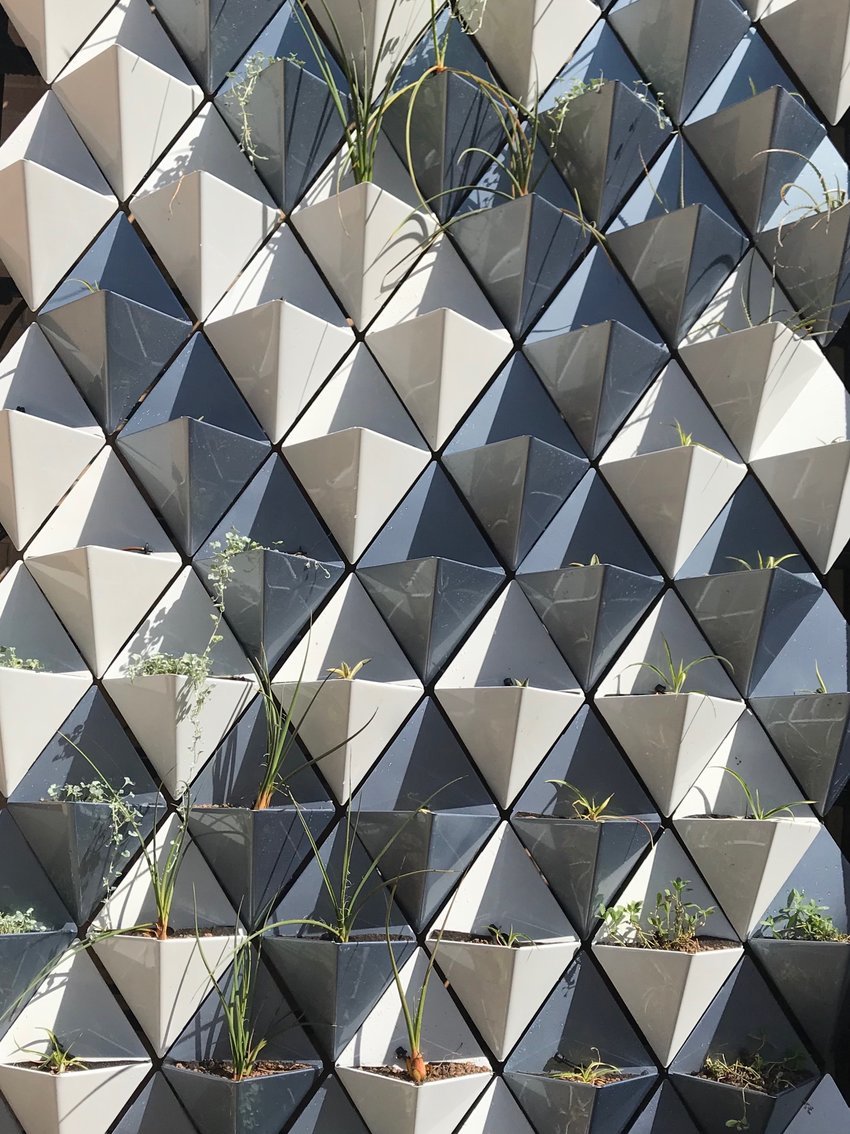