An absolute miracle that the footage, let alone the crew, survived

This month the Endurance22 Expedition discovered the Endurance, Sir Ernest Shackleton's lost expedition ship, which sank in the Antarctic 107 years ago. Lying nearly 10,000 feet beneath the surface, it is shockingly well-preserved:

I was even more surprised to find that there's film footage of the ship's demise, shot in 1915 by expedition photographer Frank Hurley. The Endurance did not sink suddenly; it became stuck in ice in January of 1915, and the crew spent months trying to free it, even attempting to break up the ice encasing the ship with pickaxes. 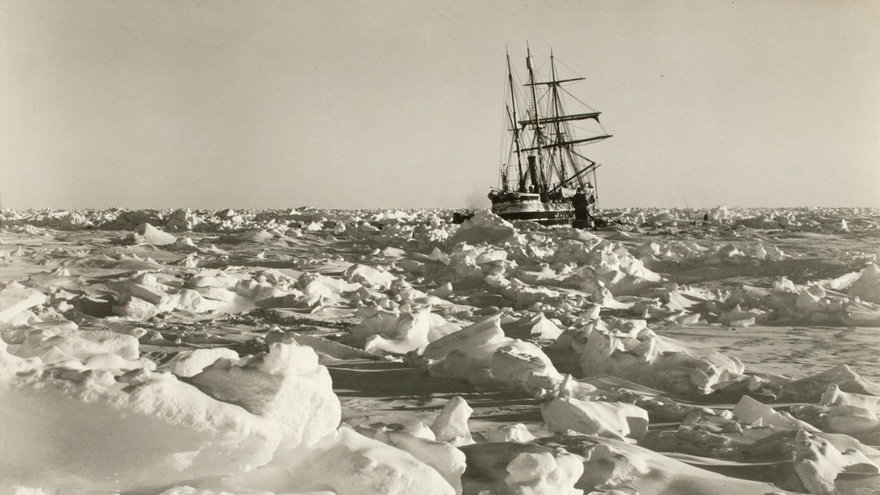 Hurley shot film footage throughout the process, and even captured the moment when the listing ship's mast assemblies collapse:

It wasn't until October of 1915 that they were forced to give up, and the ship eventually sank. Incredibly, all of the 28 crew members lived to tell the tale, traveling by lifeboat to a nearby uninhabited island. Expedition leader Shackleton and five of the crew then sailed 800 miles in a lifeboat to Stromness, an inhabited island and whaling station in the South Atlantic, where they were able to organize a rescue party. Shackleton located and rescued his crew four months later.

How is it possible that the film footage survived this ordeal? After the crew abandoned ship, food was the main thing to be carried away by the men, and Hurley had to decide which photo negatives and film reels to salvage. "Despite the sailors' perilous predicament," writes the British Film Institute, which restored the footage, "Shackleton insisted the nitrate film was salvaged." 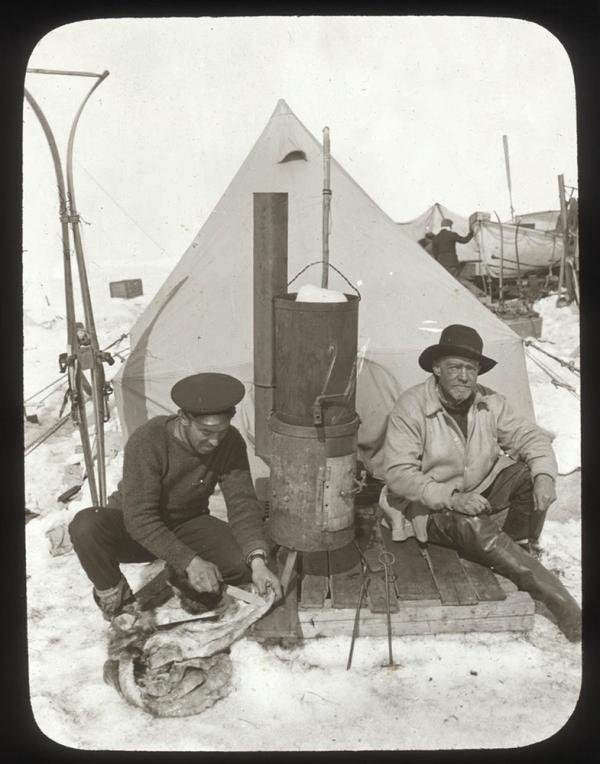 Hurley describes the painful process of deciding what to keep:

"Sir Ernest and I went over the plates together, and as a negative was rejected, I would smash it on the ice to obviate all temptation to change my mind. Finally, the choice was made, and the films and plates that I considered indispensable were stowed away in one of the boats, having first been placed in double tins hermetically sealed.

"About 400 plates were jettisoned and 120 retained. Later I had to preserve them almost with my life; for a time came when we had to choose between heaving them overboard or throwing away our surplus food—and the food went over! All my photographic gear was compulsorily abandoned, except one small pocket camera and three spools of unexposed film. I wonder if three spools of film ever went through more exacting experiences before they were developed."

Incredible, then, that we're able to watch this for free on YouTube.