Astrolab's FLEX Rover: A Vehicle With No Design Predecessor

Designed for the moon and Mars

When's the last time you saw a new wheeled vehicle, designed from the ground-up, with no predecessor to reference and inspire the form? Astrolab, a startup founded by spaceflight robotics engineer Jaret Matthews, shows us one with their FLEX prototype, an optionally-autonomous utility rover designed for NASA to use on the moon and Mars. 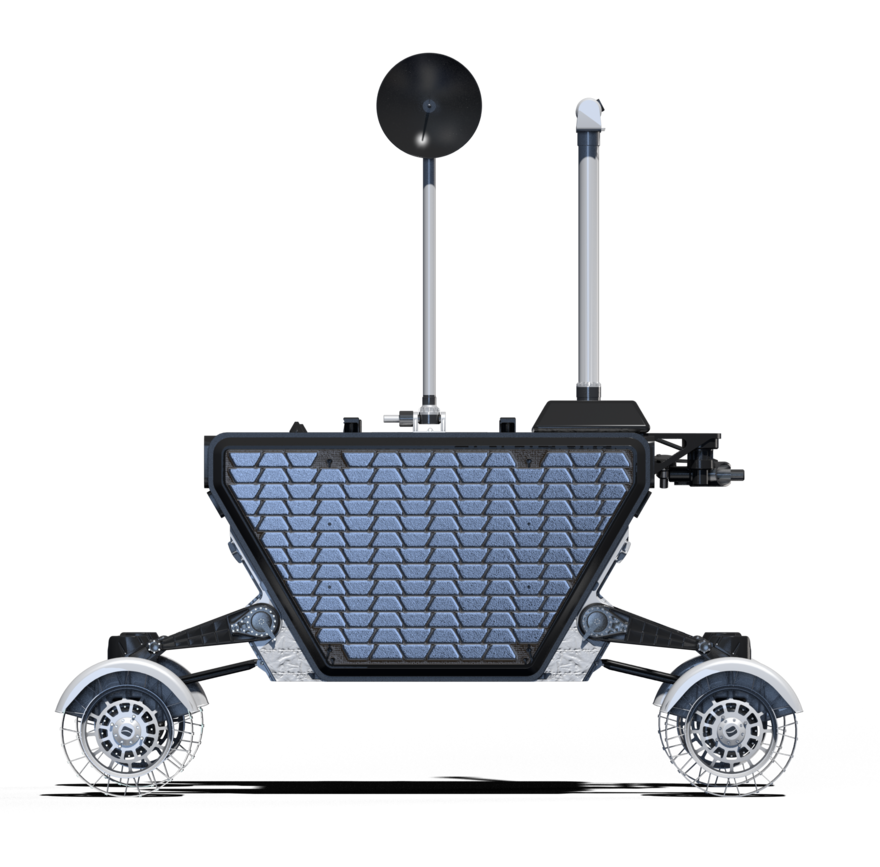 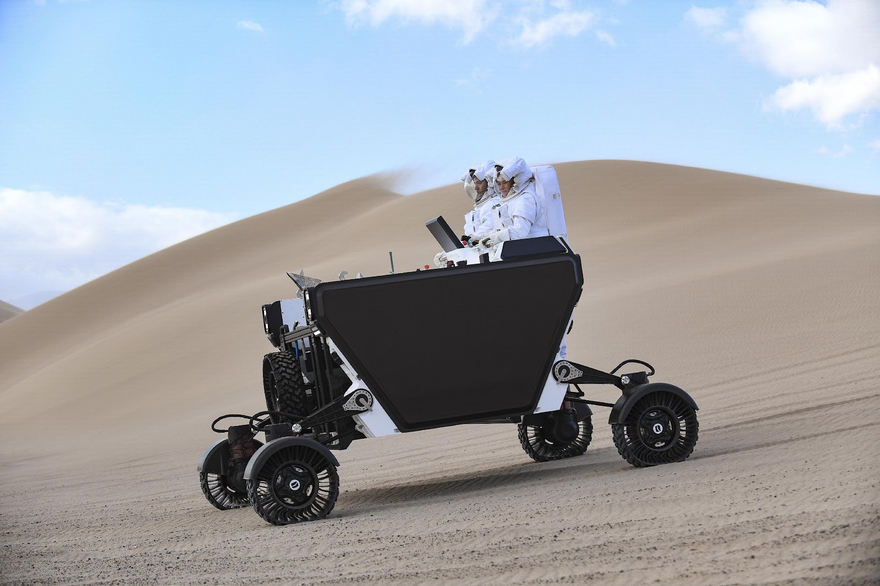 The minimalist FLEX has no seats, just a sort of rear-mounted running board that can carry two, like a two-person chariot. 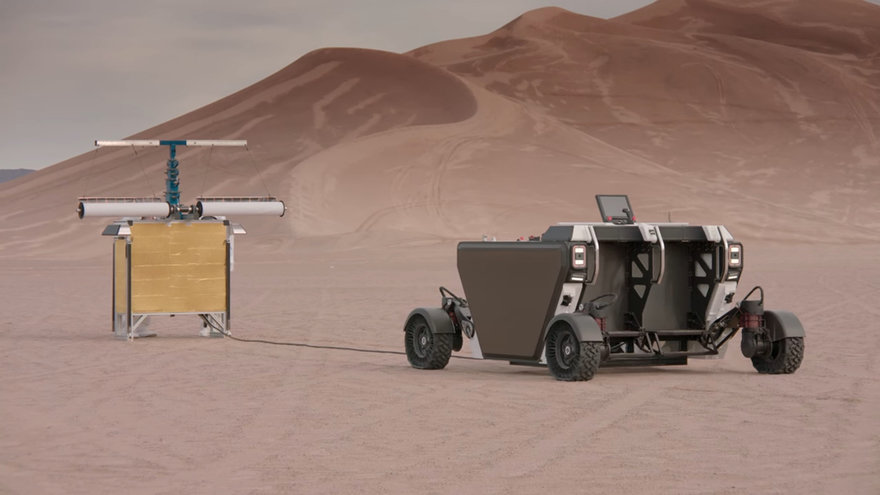 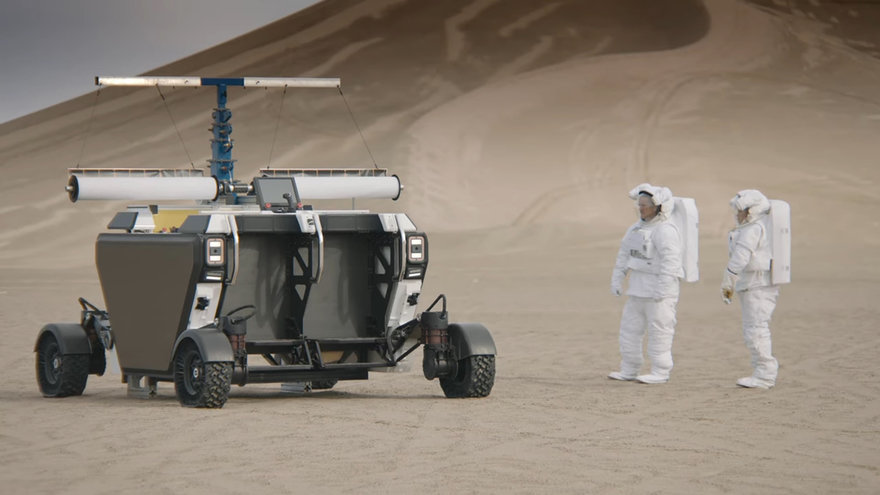 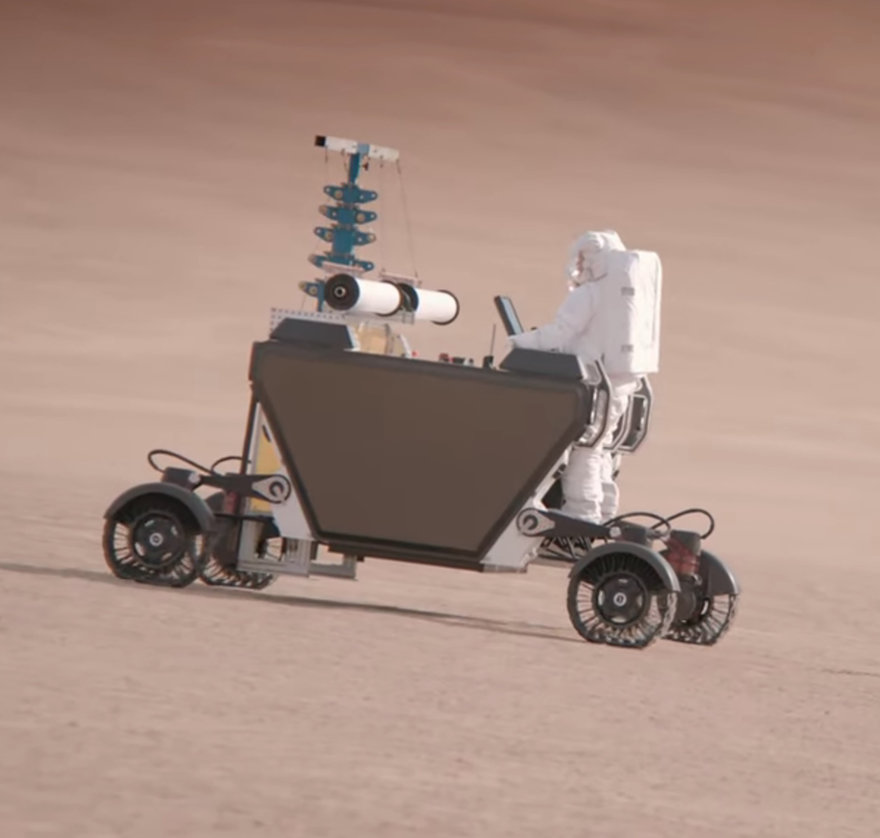 Four wheels that can rotate and raise/lower independently jut outwards on grasshopper-like legs. 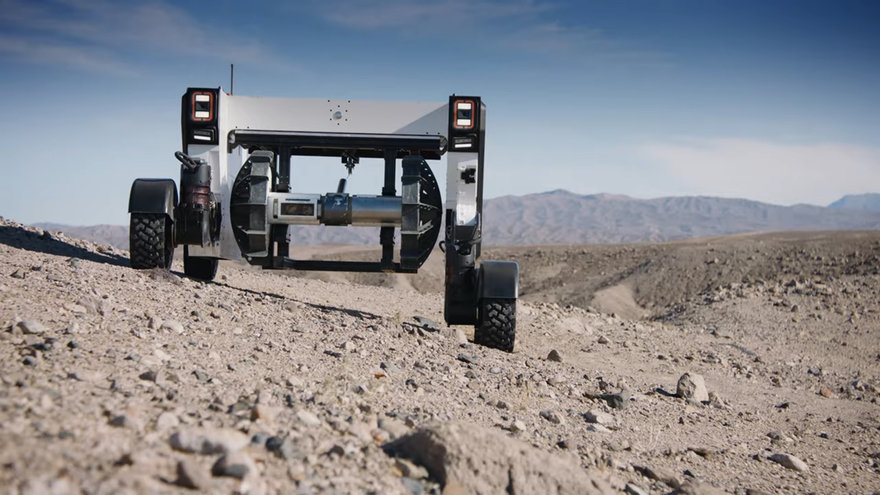 The bulk of the vehicle is essentially an inverted-U-shaped chassis; the vehicle can "kneel" to pick up a cargo container, drive around with it stored in the cavity, then drop it off. You can also run a sling beneath the vehicle, to carry a wounded astronaut as on a stretcher, for instance. 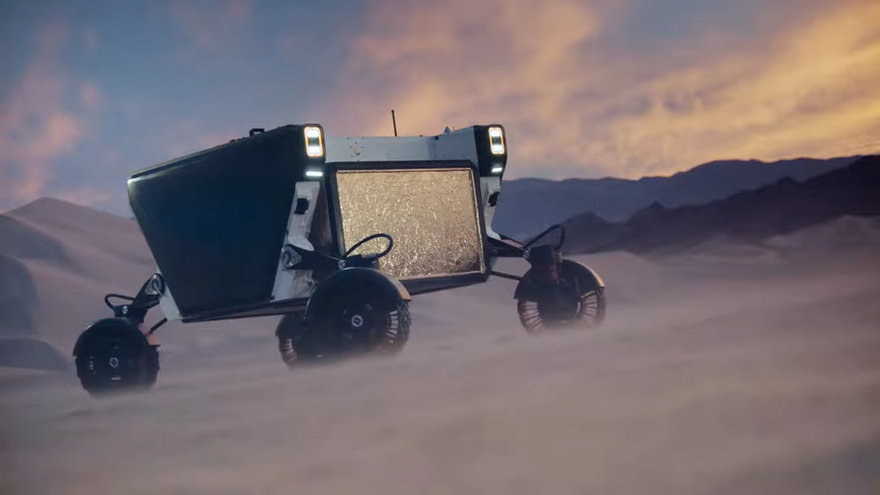 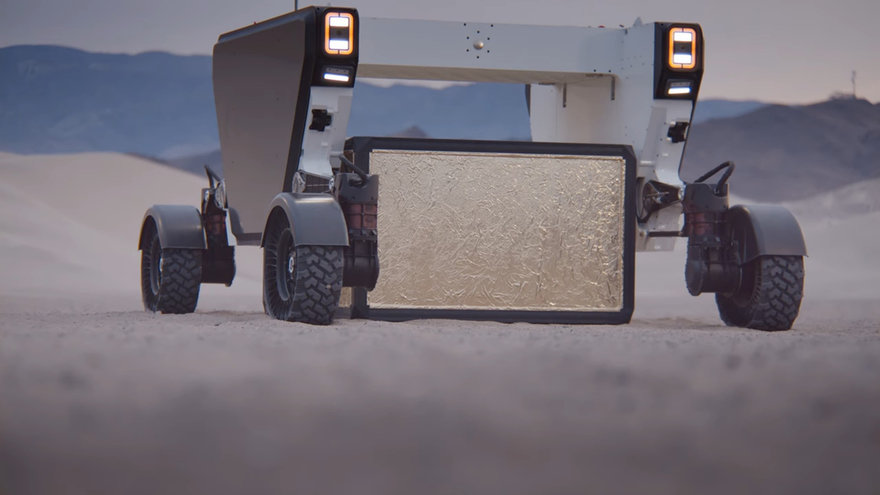 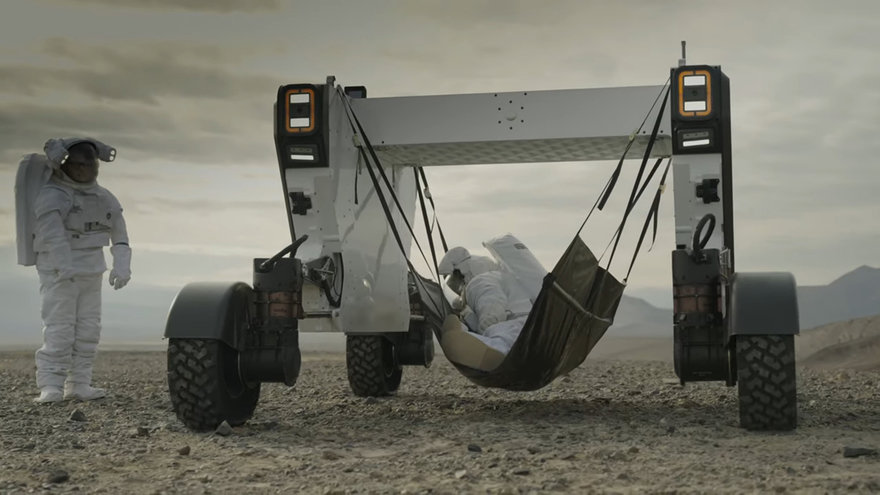 The solar-powered FLEX has a runtime of 8 hours with two astronauts on board. It weighs around 1,100 pounds, but can carry three times its weight. 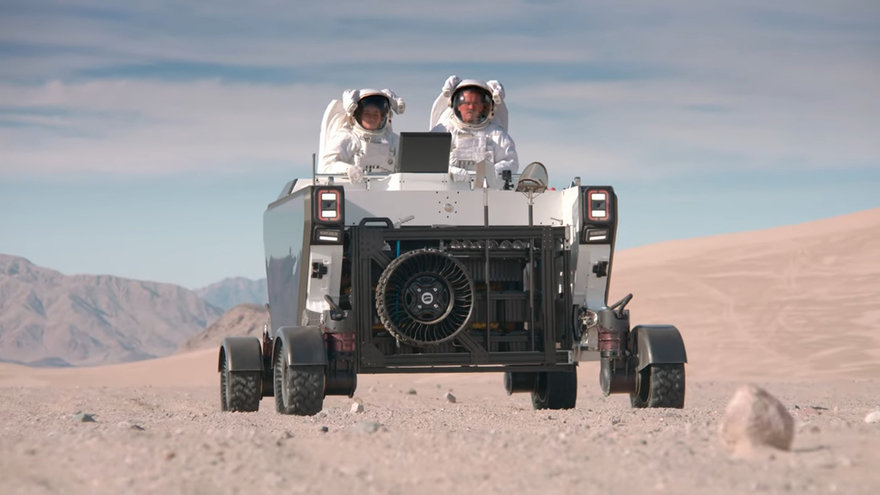 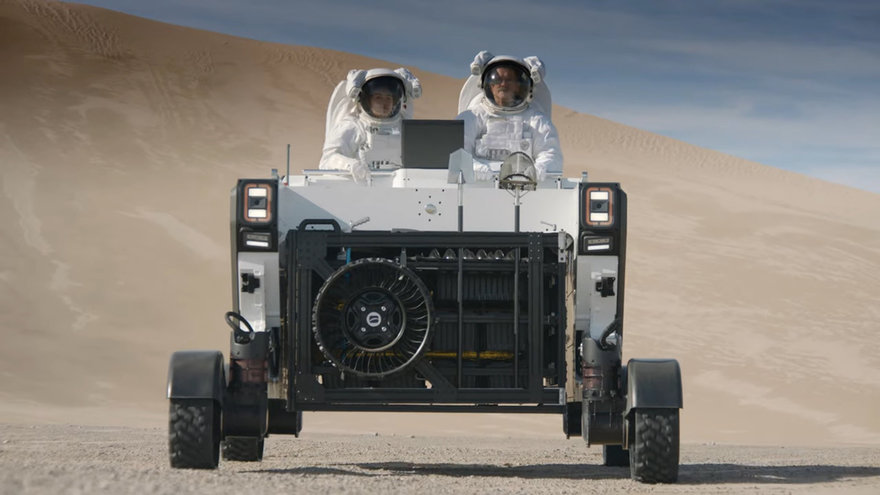 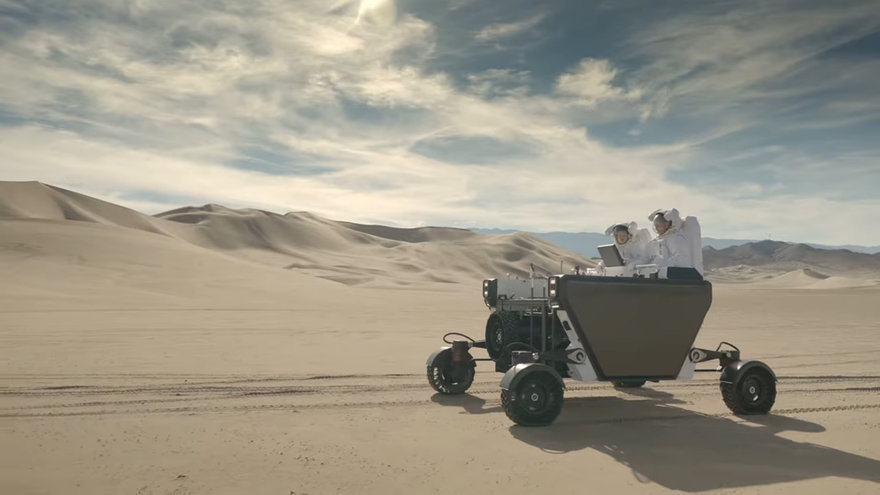 It's tough to get a sense of what this thing looks like from 2D stills, but this video (both CG and field trials of the real deal) give you a better sense:

Astrolab's FLEX Rover: A Vehicle With No Design Predecessor