During the pandemic Sean Kim ordered one of Noguchi's Akari table lamps. It didn't survive the shipping process; the paper shade arrived torn. Kim asked the retailer for a replacement, which they sent. But he also happened to be studying Industrial Design at Pratt, and decided to use his skills to design and 3D print a replacement shade for the otherwise fine base unit. 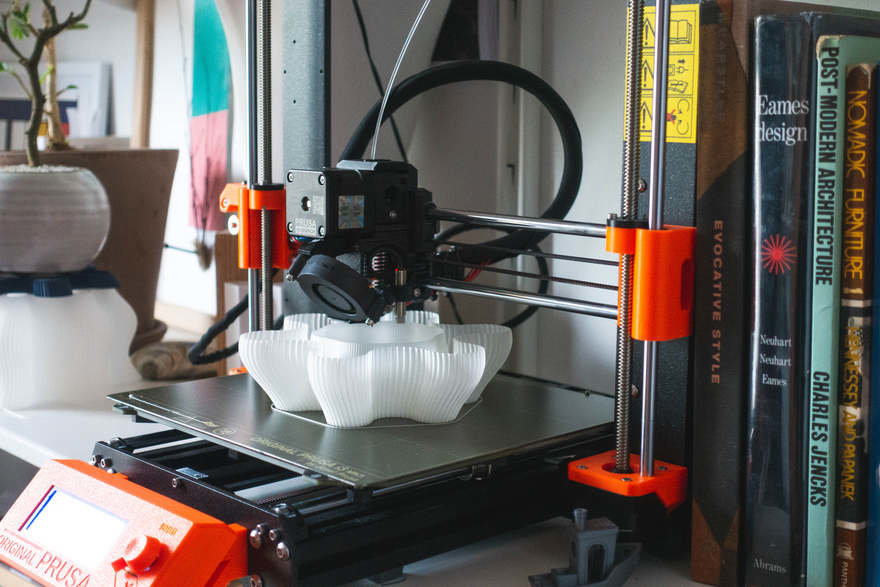 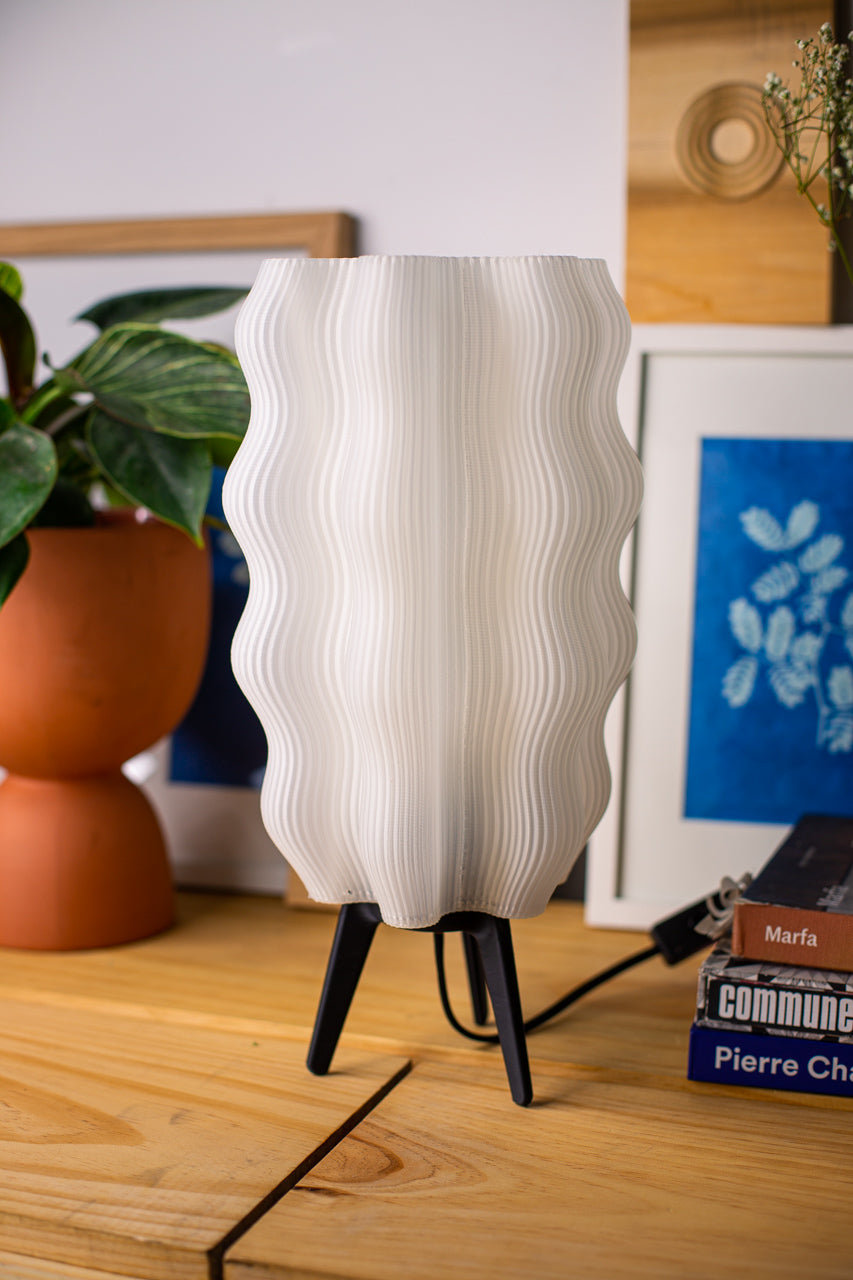 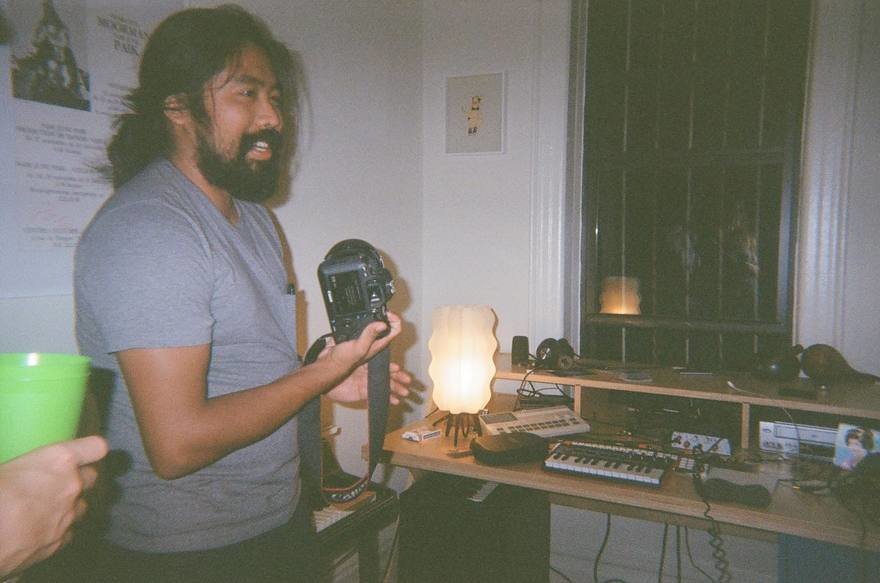 Kim liked his replacement lamp so much that he designed a new base for it, sourced the parts, posted a photo of his all-new creation on Instagram and asked if anyone wanted to buy it. Five people did. Fast-forward a bit, and as Curbed reports:

"The Wavy Lamp was a hit, and Kim could barely keep up with orders. He turned his closet into a mini-factory that had six 3-D printers going 24/7 and recruited his neighbor to help with wiring bases, which she did from her own closet studio across the hall. The playful spontaneity of making it became a philosophy for Kim's home-goods brand, Wooj." 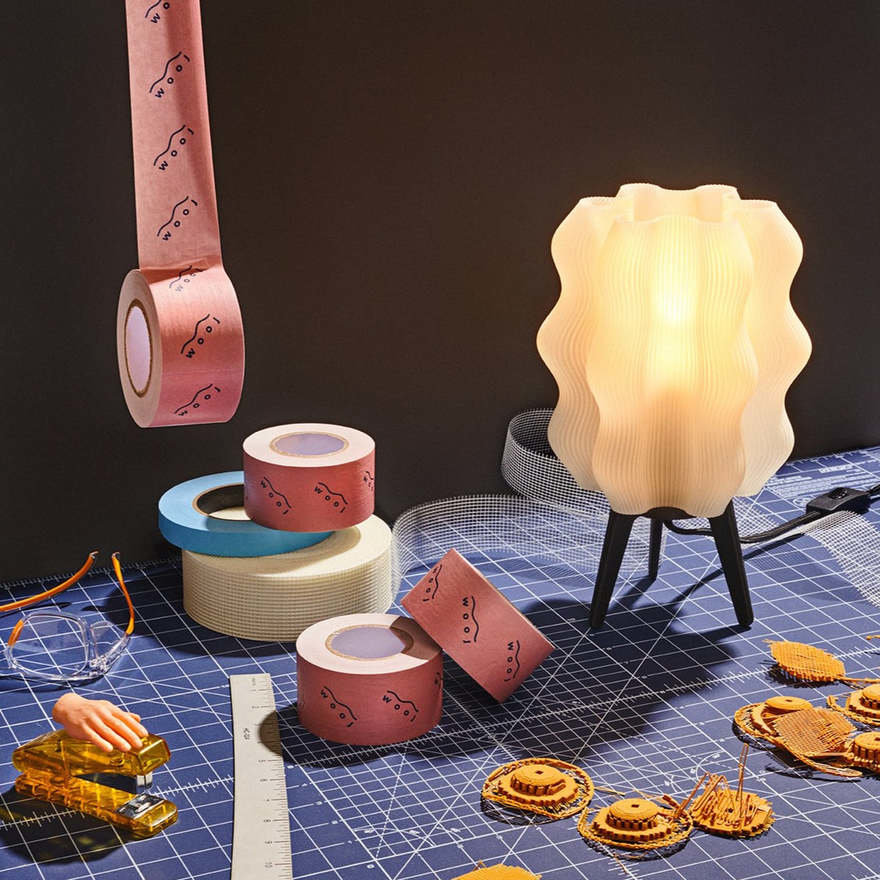 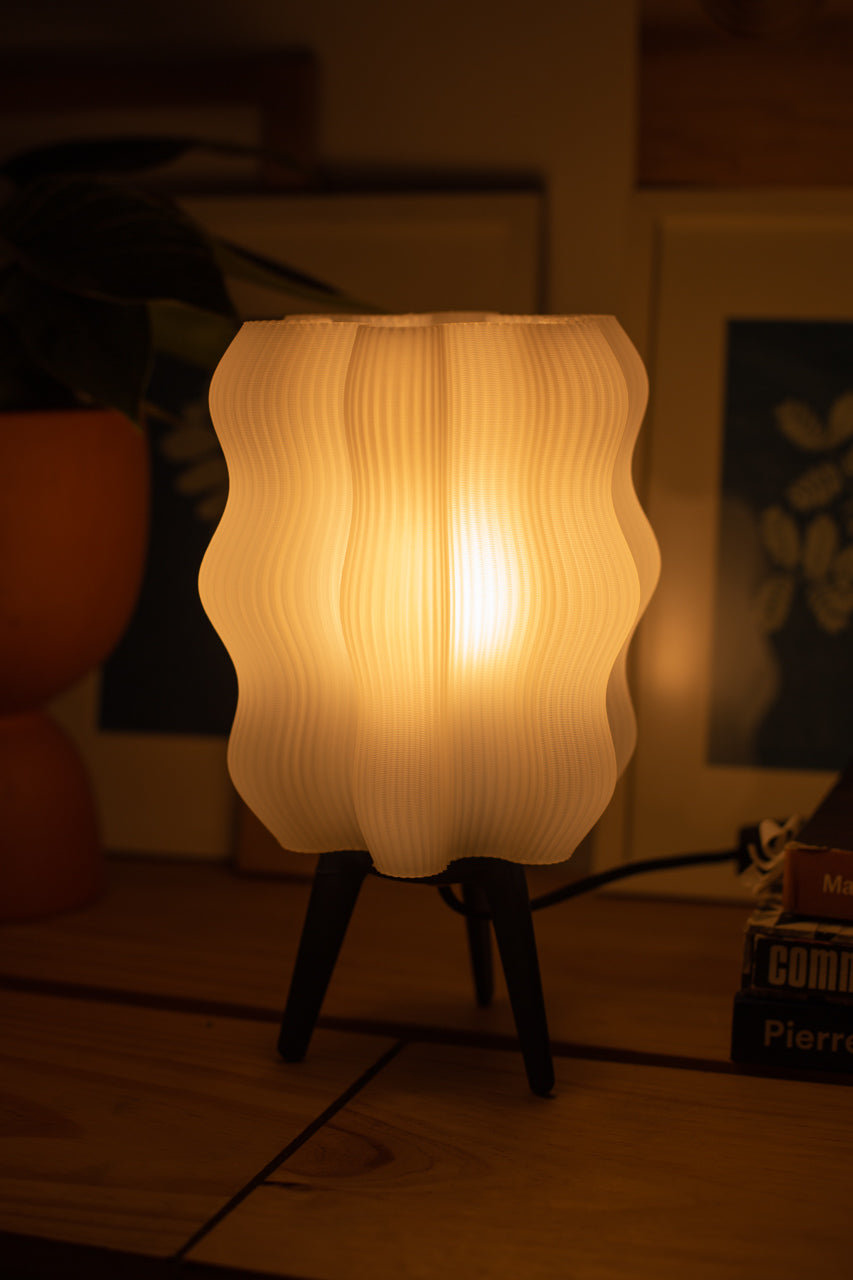 Kim cranked some 2,000 lamps out of his closet factory before moving into a dedicated manufacturing space. Today he's sold roughly 5,000 units, hired four employees, has won one of our coveted Core77 Design Awards, gained tons of press, and has expanded into vases and clocks. 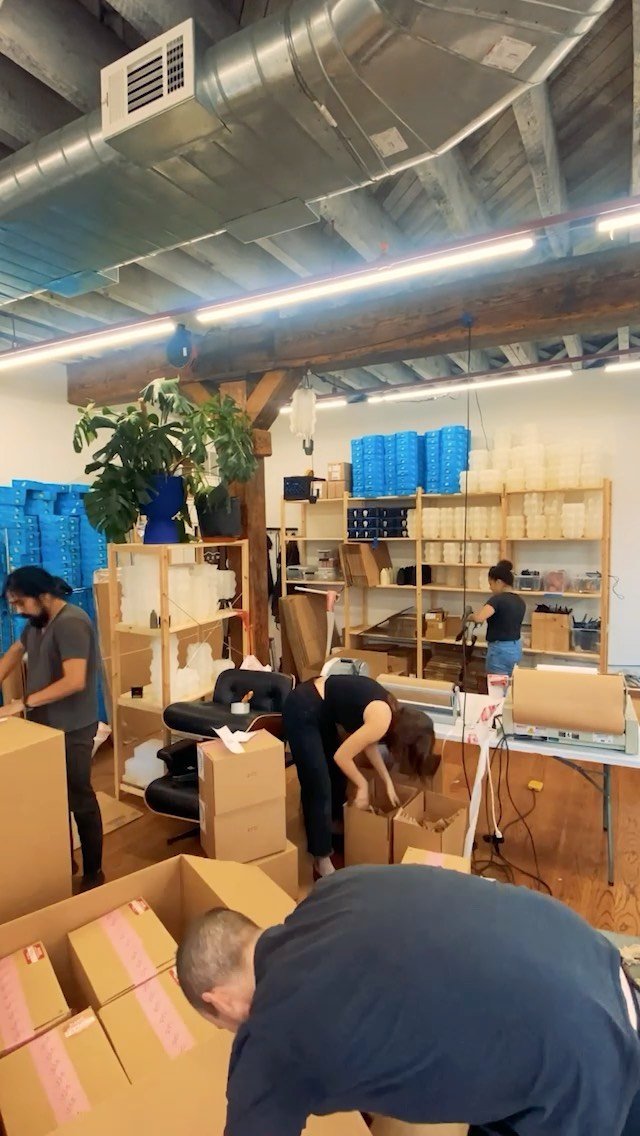 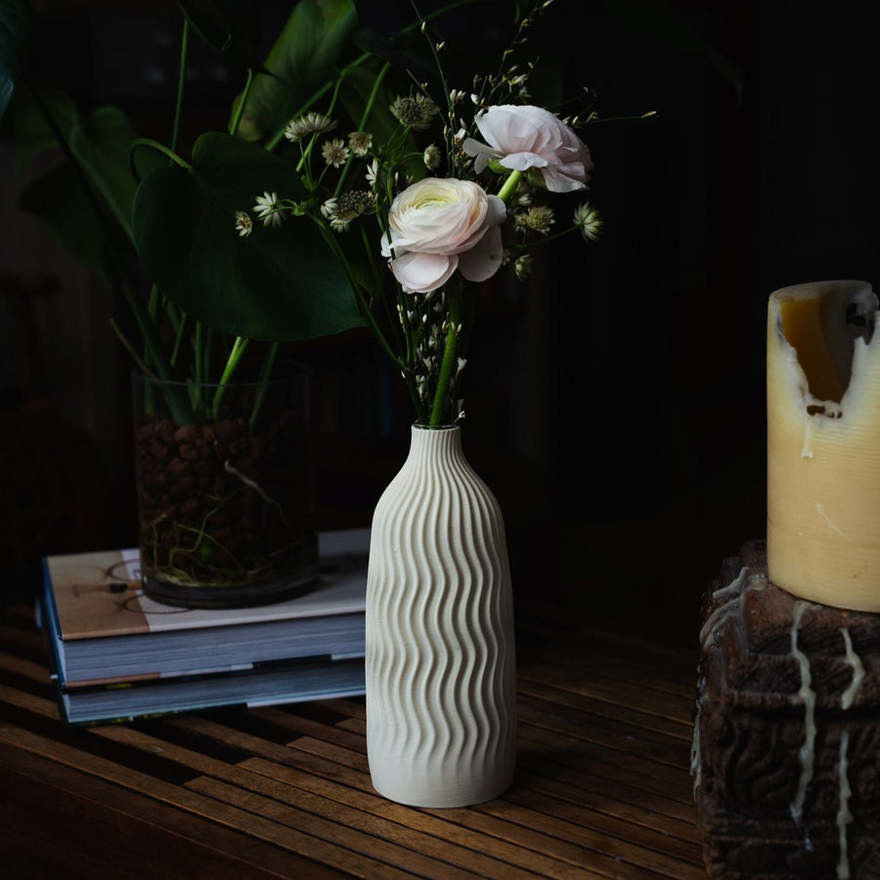 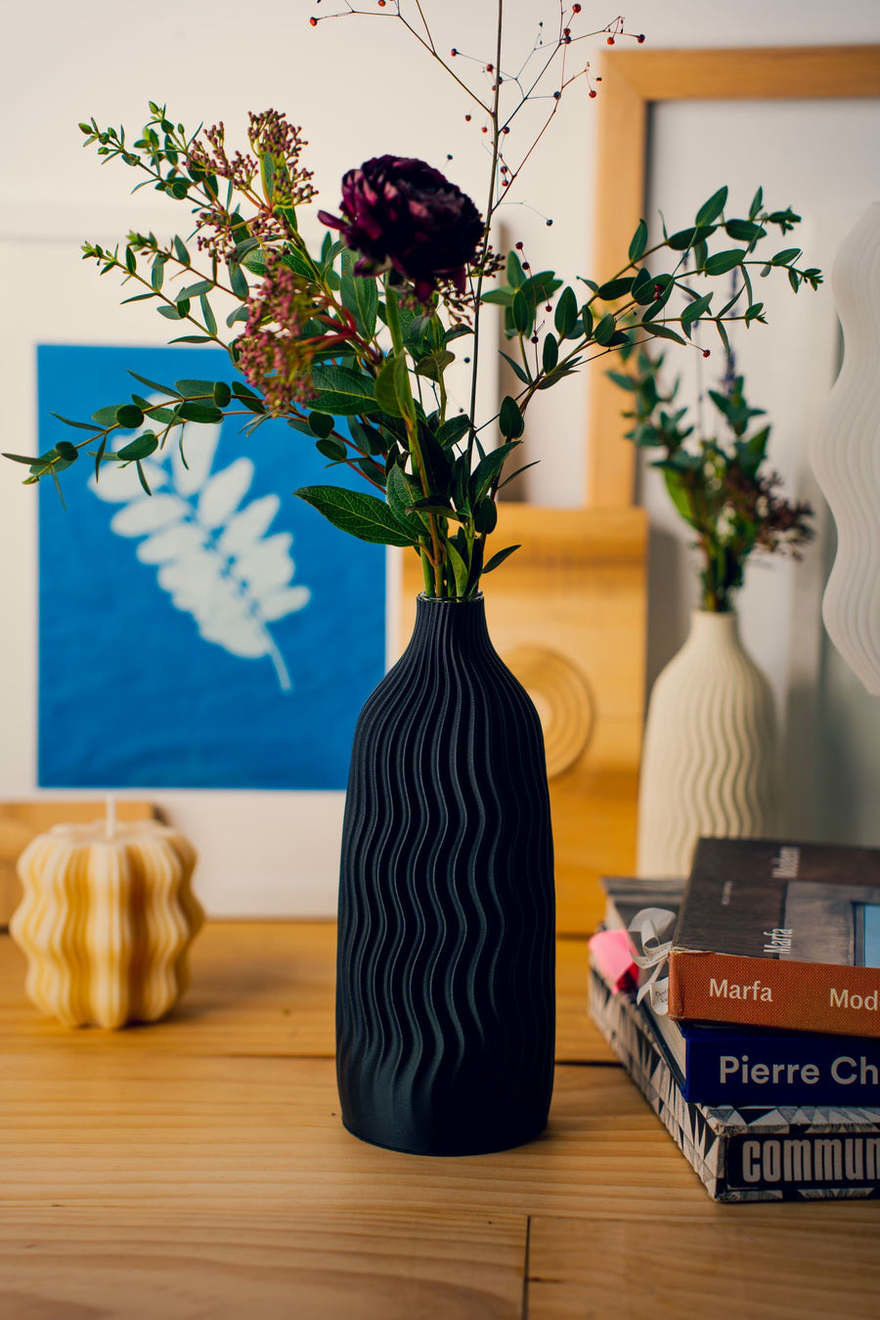 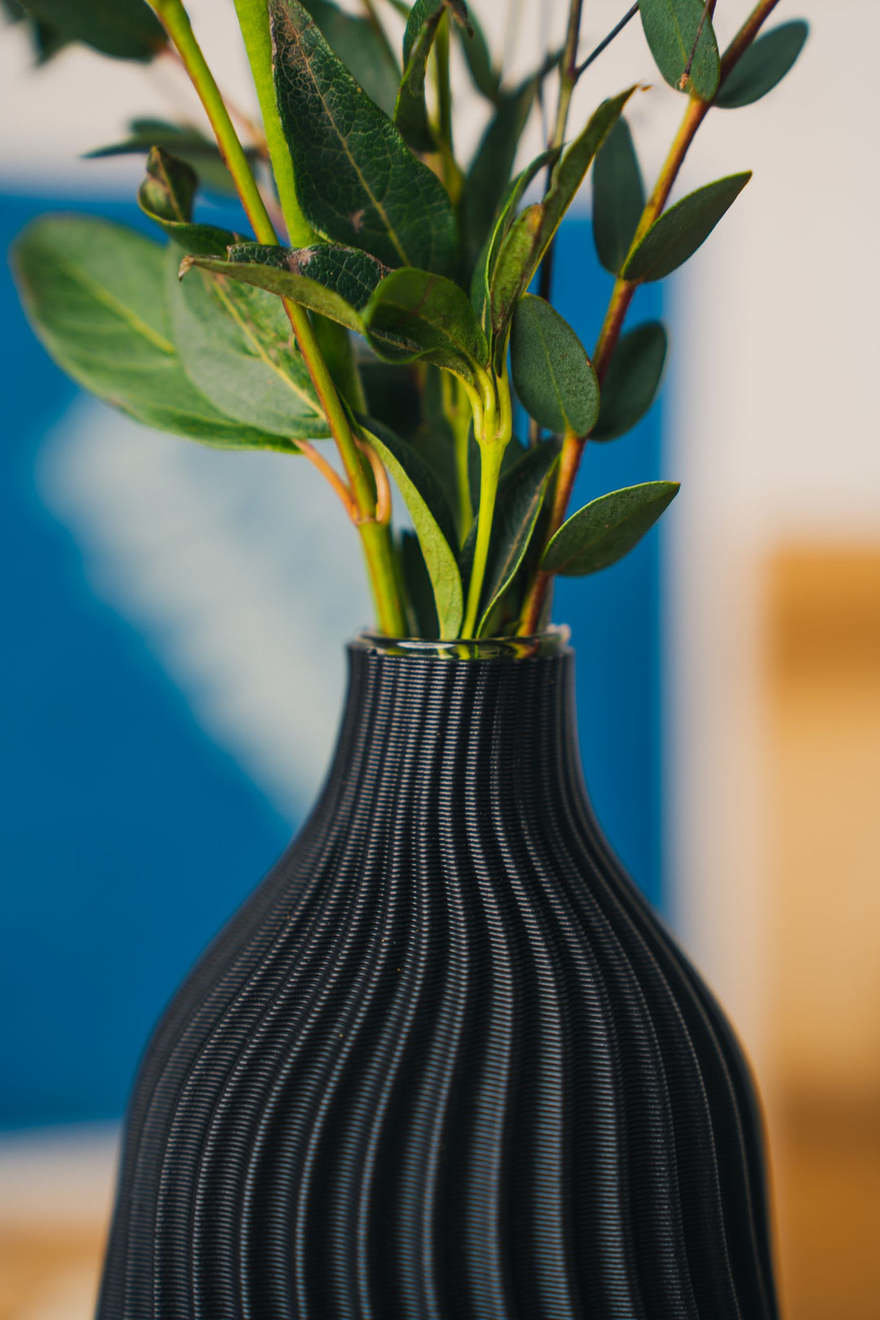 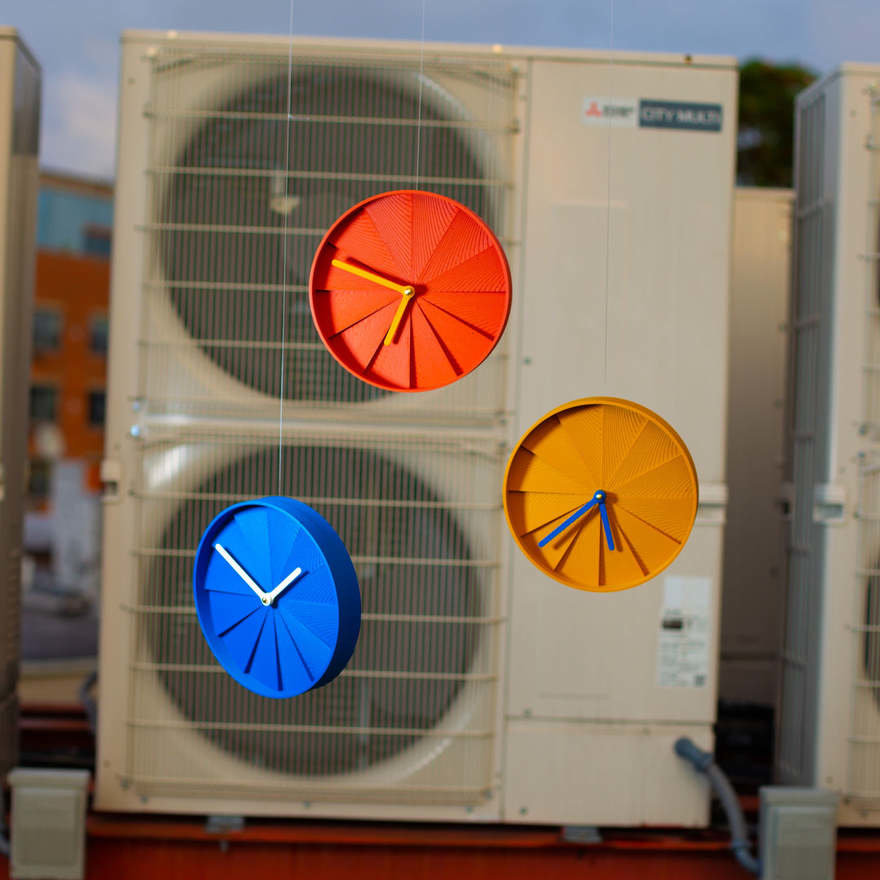 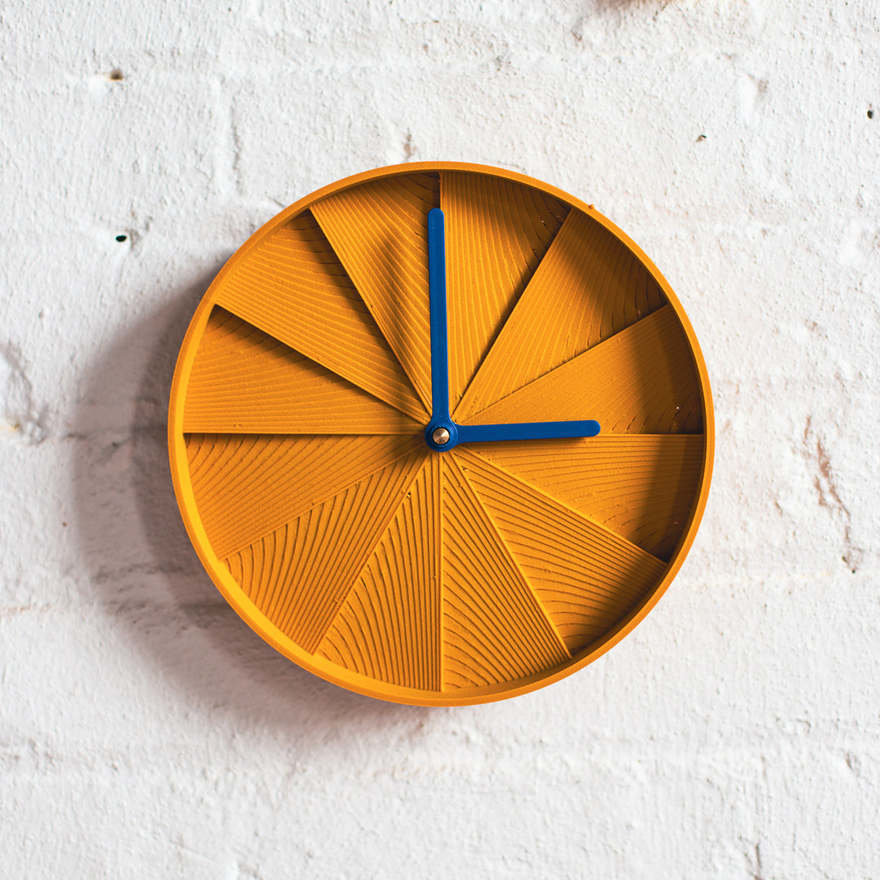 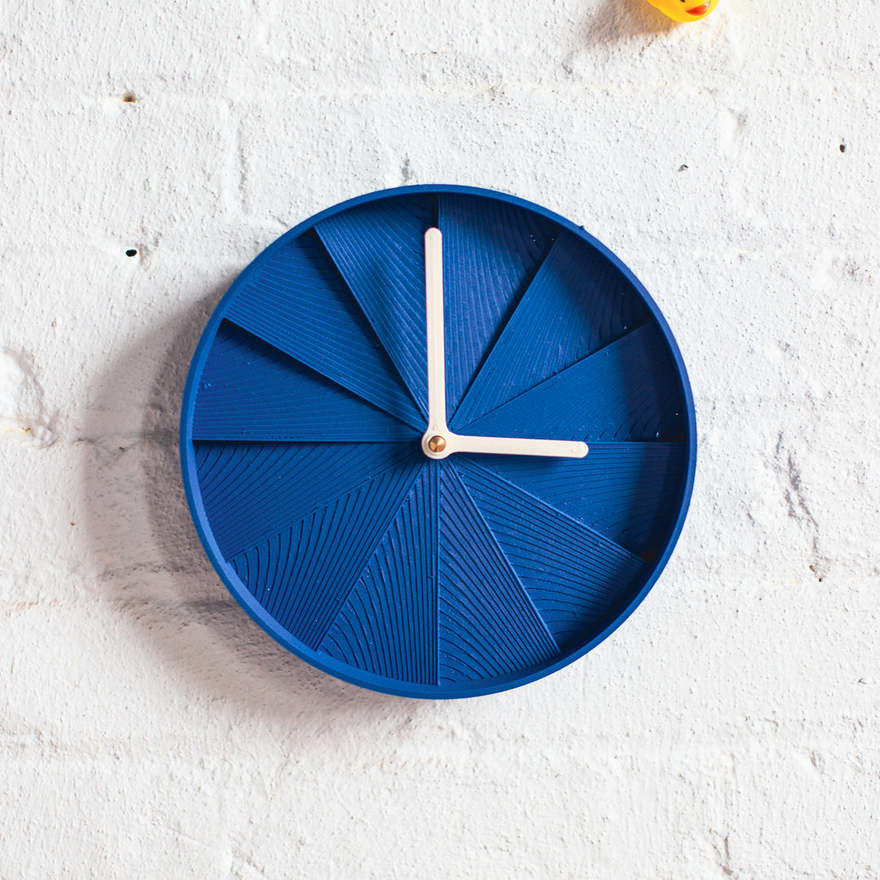 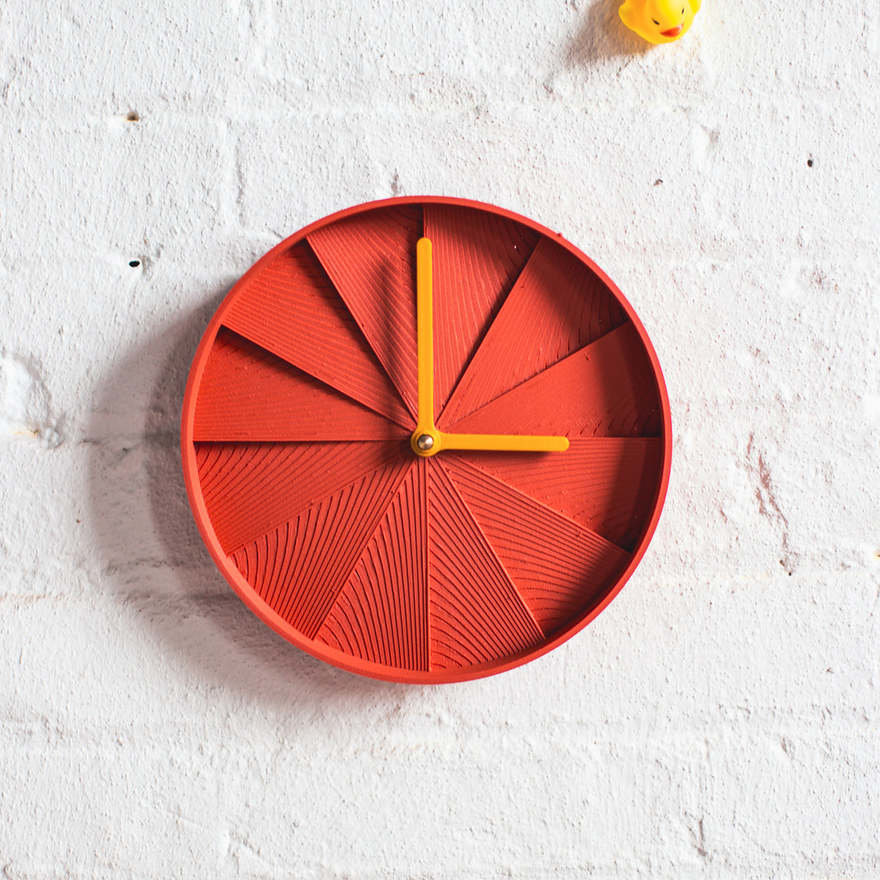 Interestingly, Wooj even sells these Distorted Lamps models, which are the results of failed experiments: 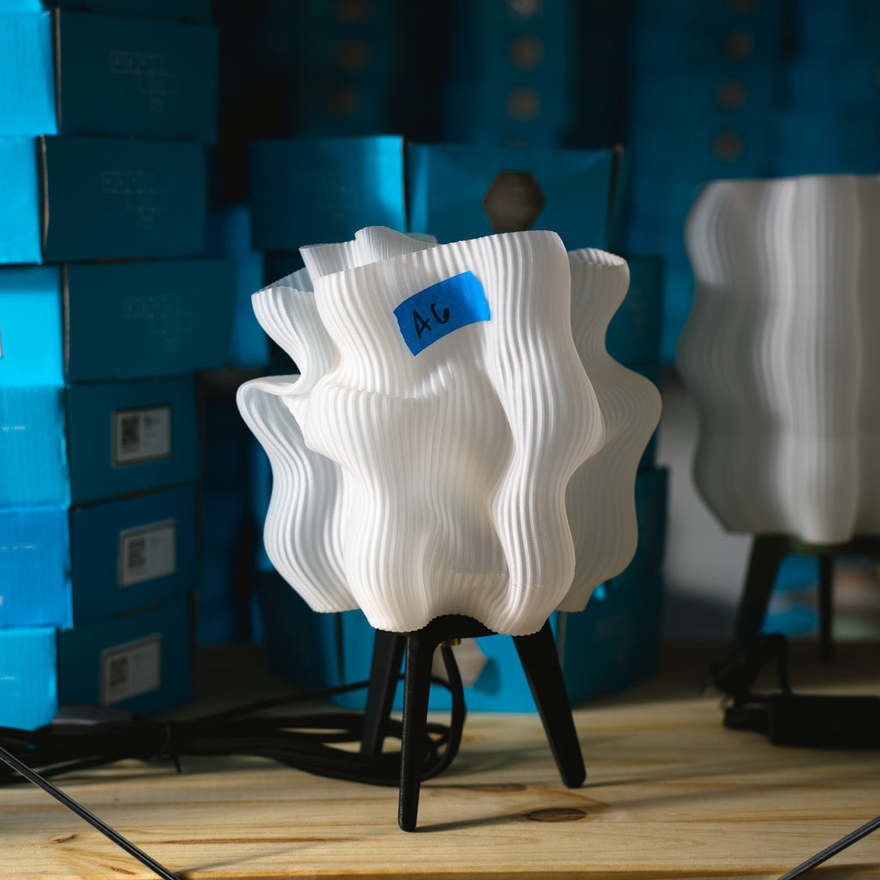 "Sometimes our experiments go awry, and we're left with printed lamps that don't meet the exacting standards we set for ourselves.Over time, we've accumulated some of these lamps and haven't known what exactly to do with them. But since we're a smol [sic] studio (in Brooklyn, no less), we're really pressed for space. This has left us in a slight conundrum." 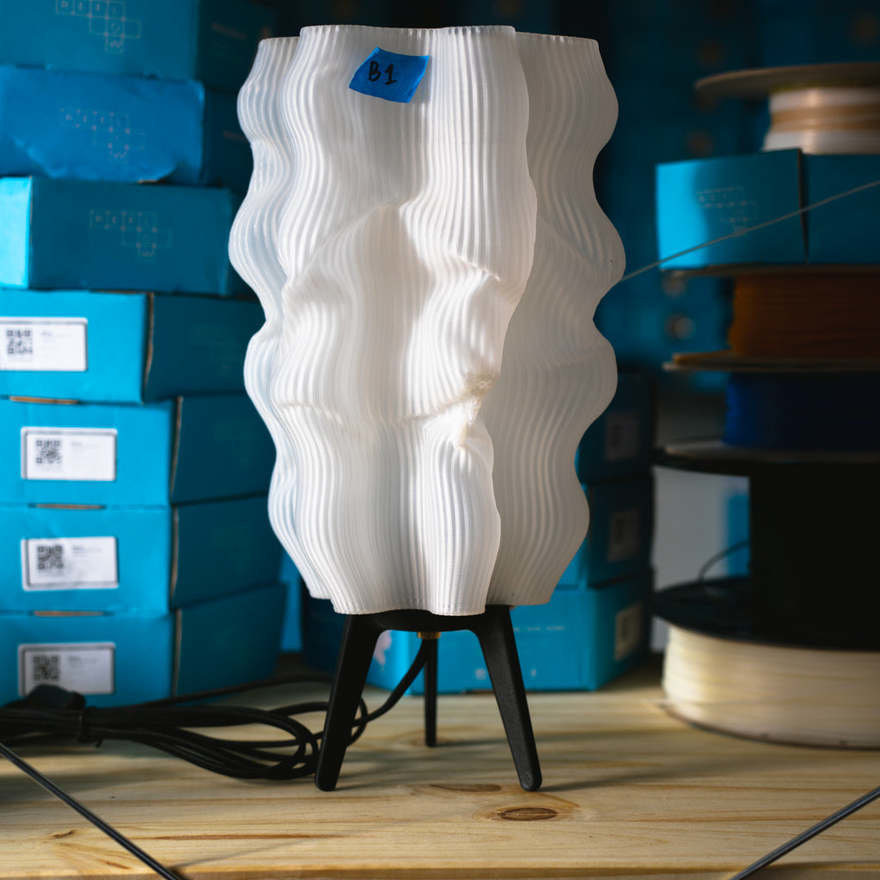 "In the spirit of experimentation, we've taken cues from the art of glassblowing, heating up the lampshades -- returning them to a flexible and fluid state. This allows us to reshape them into unique forms which would otherwise be impossible to print or manufacture." 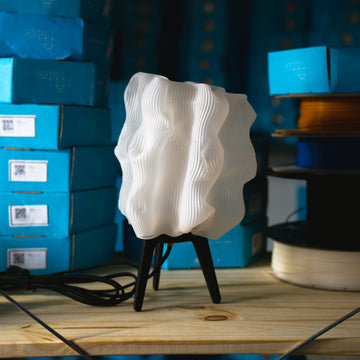 "Each of these warped forms is completely unique. The process of forming them by hand allows us some freedom from the fixed nature of the manufacturing process we typically employ and allows us to impart more spontaneity into our Wavy Lamps."

Wooj's products, by the way, are printed from a corn-based PLA bioplastic. 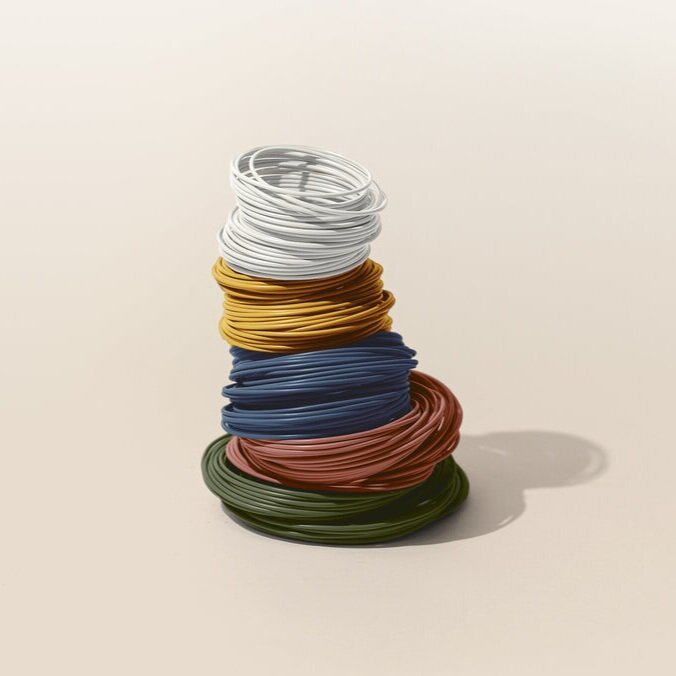 Check out their stuff here.