The GMW-B5000TVB takes a journey to mecha

Casio has released striking images of their latest G-Shock update, the titanium GMW-B5000TVB. 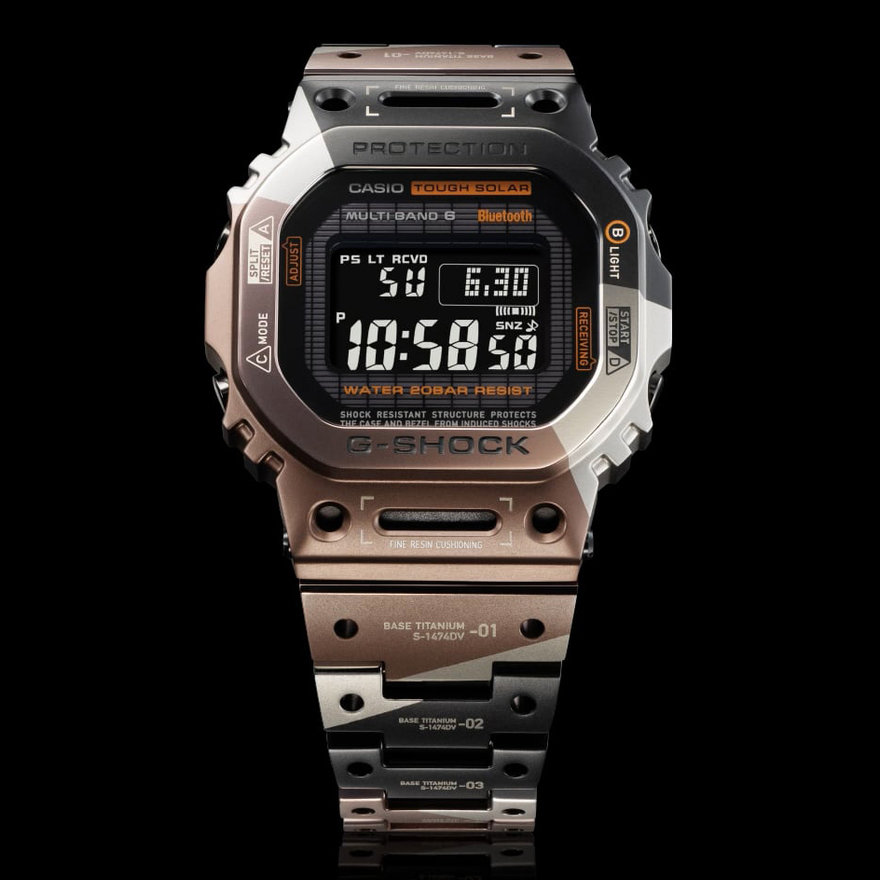 An addition to the full-metal GMW-B5000 line, the new model strikes me as mecha-inspired; for their part, the company calls the new aesthetic a "geometric camouflage design" meant to evoke "the look of gear one might see in the virtual world," which is strange design inspiration for an object meant for the real world. (I.e. does anyone need shock resistance in a virtual world?) 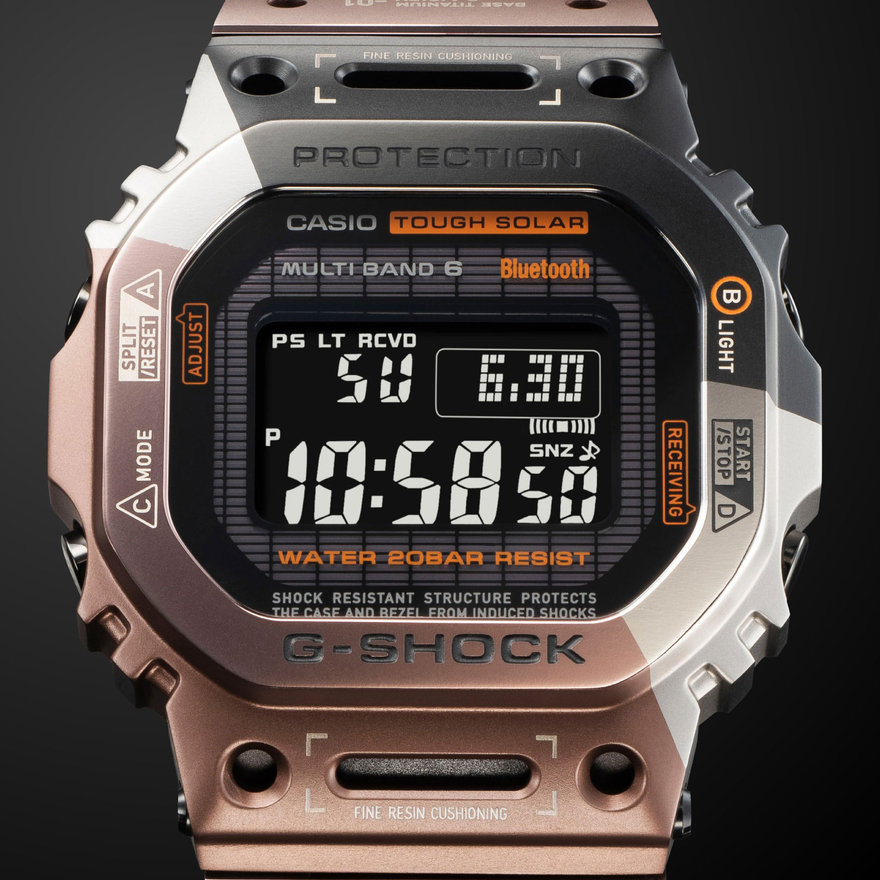 Unusual choice of muse aside, the new finish is undoubtedly eye-catching, and was achieved through Casio's typically insane level of detail and surface processing techniques; the company's CMF designers would be prime poaching targets for a luxury or exotic automaker. 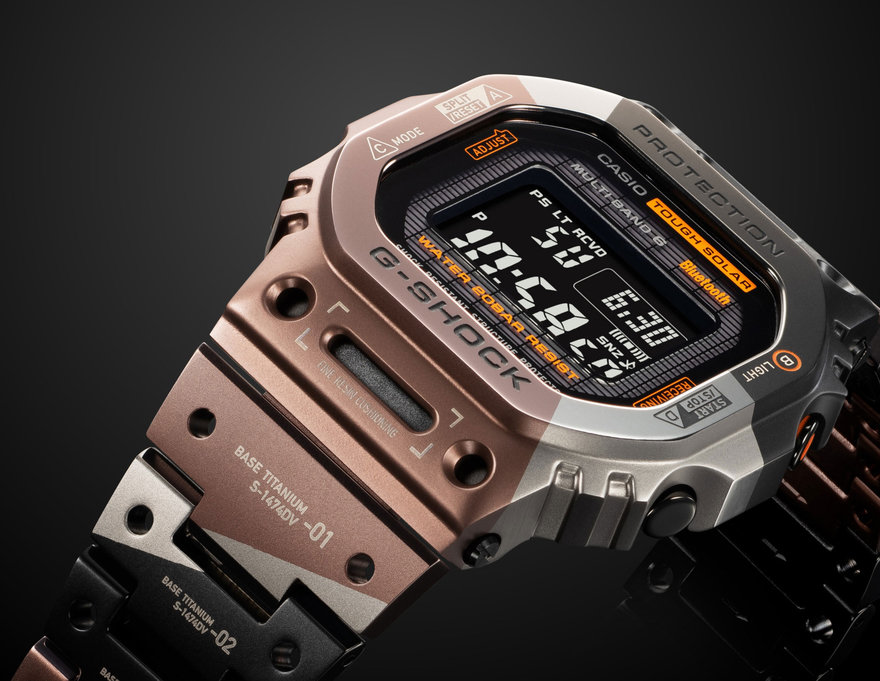 "We apply titanium carbide to the bezel and band, then add multiple layers of coloured IP* while masking certain areas to create silver, brown and black geometric patterns in irregular combinations. Then we finish with laser-engraved markings to capture the look of high-end virtual gear down to the finest detail."

(*IP is ion-plating, the vapor deposition process the company has mastered.) 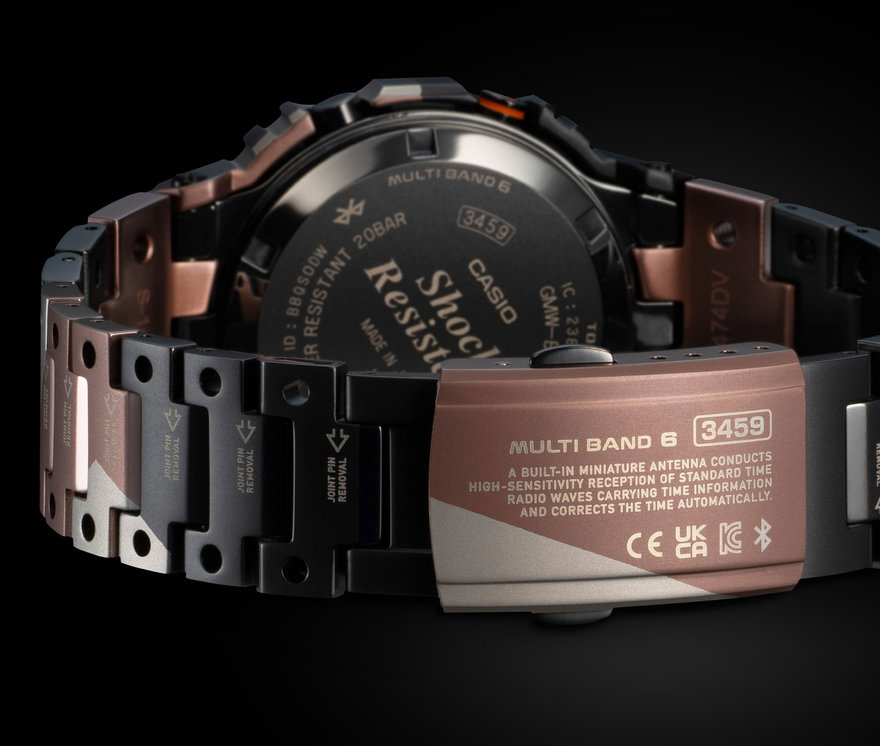 Flashy looks aside, what makes a G-Shock is of course the shock resistance, which the company touts here. What you're looking at is the titanium bezel and case, with the red material between being the resin buffering component. 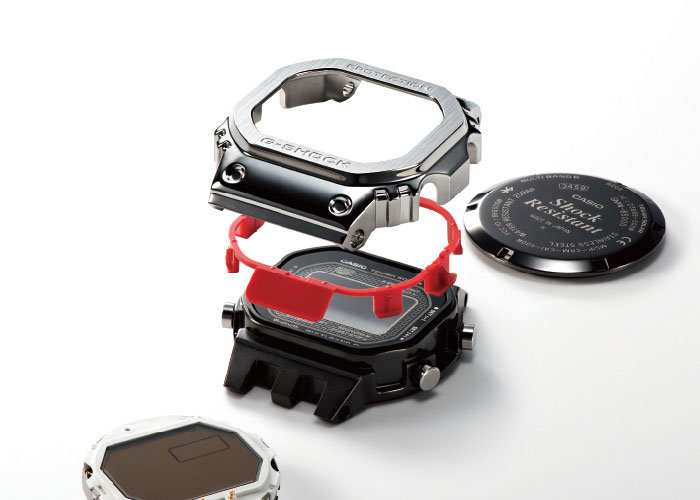 Even the titanium case back is coated in DLC (diamond-like carbon) for abrasion resistance. One thing the company warns of with the back is that because it's a screw-lock, "the orientation of the logo and lettering on it may not match up perfectly with the dial." I just know that had to drive the designers nuts. 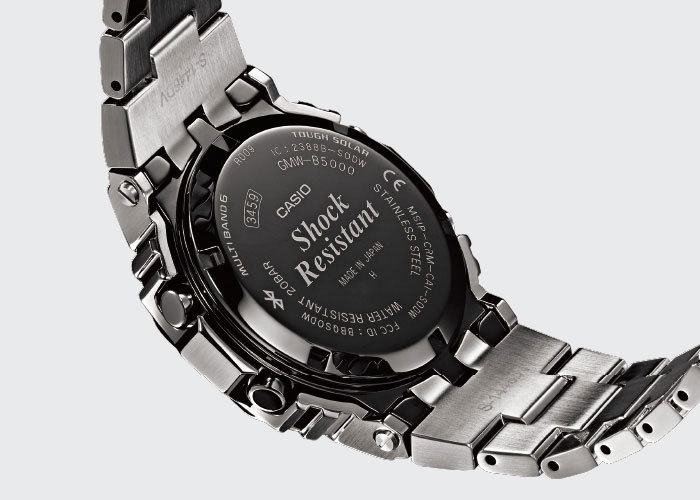 The solar-powered timekeeping feature automatically checks and adjusts the time four times a day, with the watch's miniature antenna picking up standard time multi-band radio waves. Furthermore, there's an activity log button you can press, which records the date, time and location you're in at that instance. 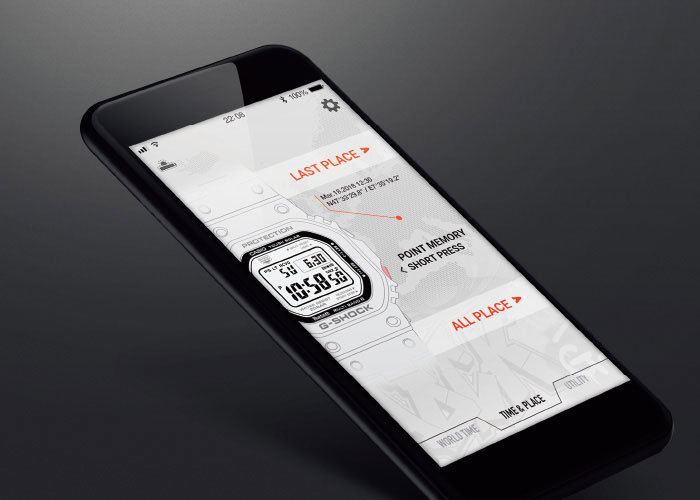 The GMW-B5000TVB is expected to ship in June. There's no official website link to it yet, nor word on pricing, but the watch's GMW-B5000TVA1 stablemate rings in at a cool $1,650. This one will likely go for more.