My eyeglasses have photochromic lenses, which seemed like a good idea when I bought them. They're handy while driving, but a real pain in the neck when you're constantly going in and out of a building. I work from home on a farm, and occasionally have to step outside to deal with some animal or land issue; coming back inside from sunlight, the glasses are so dark that I can barely see the computer screen, and it takes 5-10 minutes for the lenses to return to clear.

To toggle the tint, you hit a small button on the side of the frames. One downside is that you must pair the glasses to a smartphone, which is where you set the tint level. I'd prefer to do this phone-free. 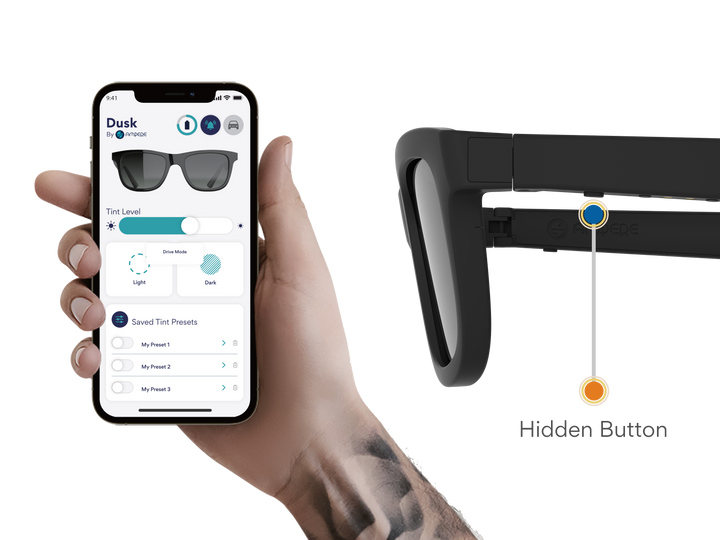 The other downside is that, being electro- rather than photochromic, the glasses of course require power, and thus more gear. You can either plug the glasses into a USB-C port, or spring for the $69 charging travel case. 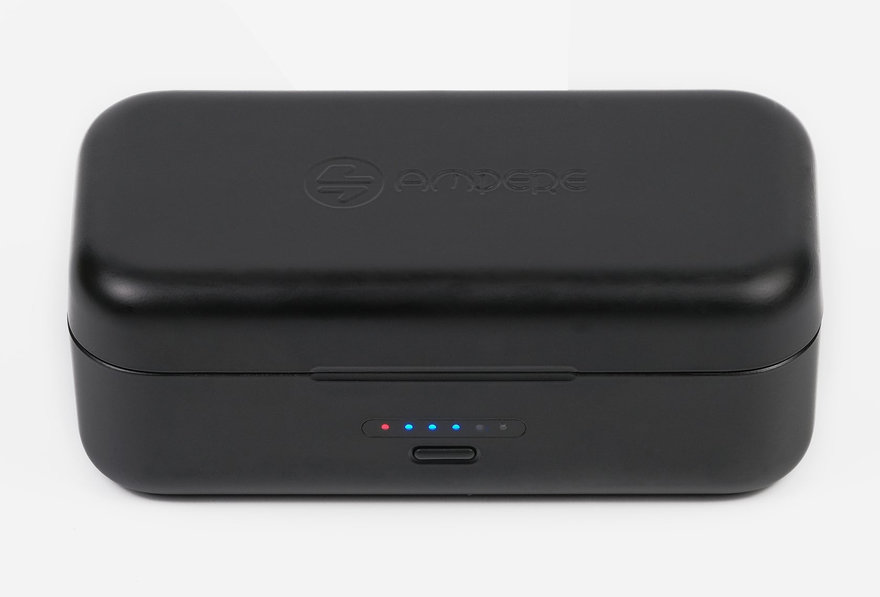 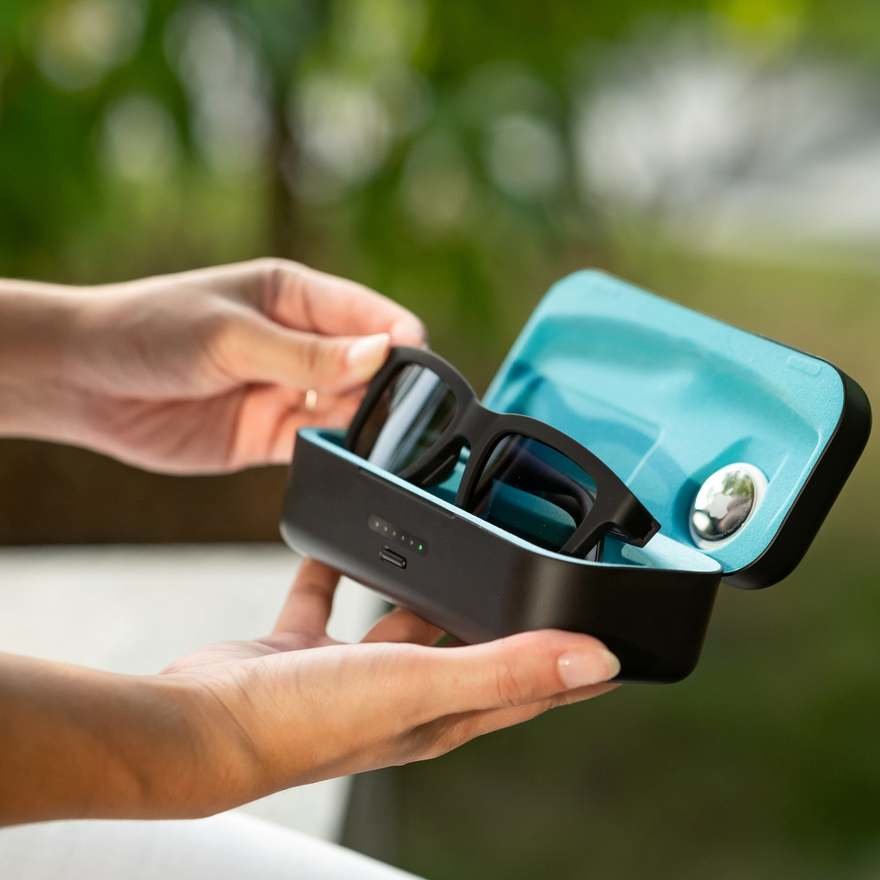 The case has a molded spot in the lid to hold an Apple AirTag, for those of you looking to add yet more tech to your life. 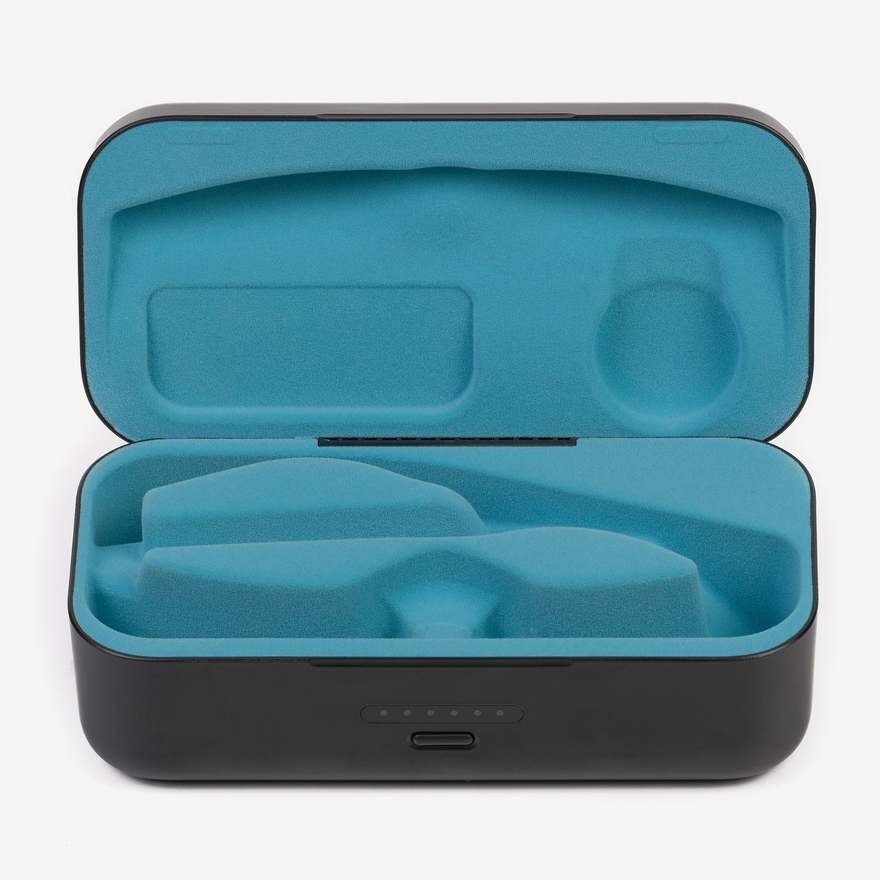 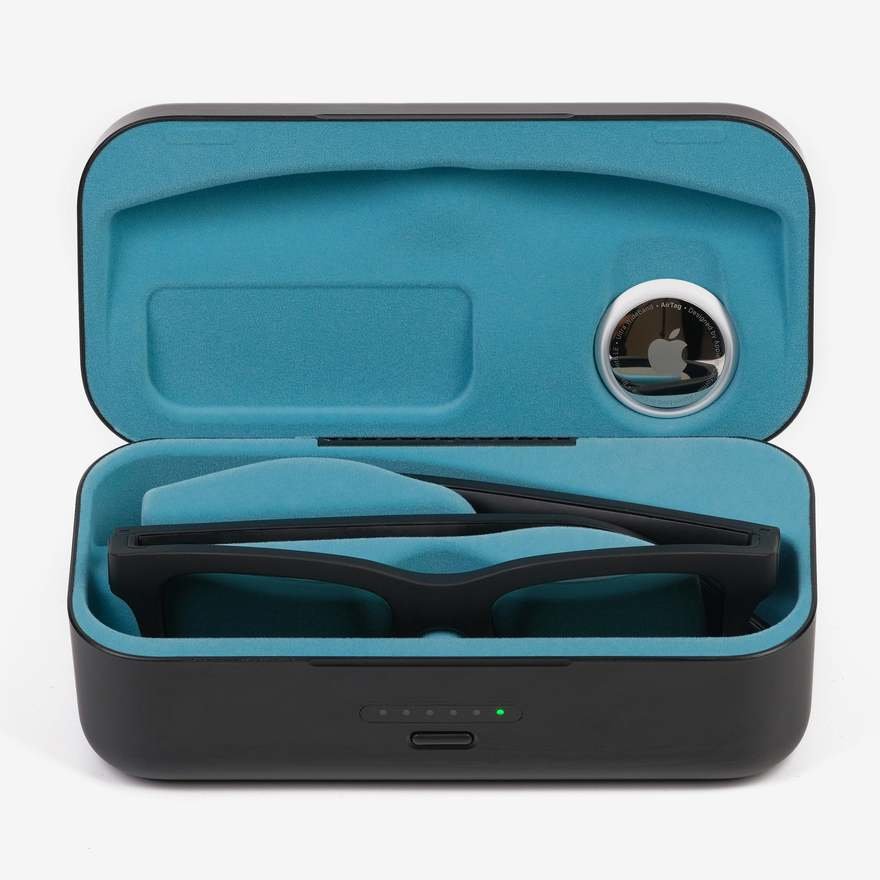 The Dusk line comes in two flavors: The $195 Dusk Lite, which is the pair I described above, and the $295 Dusk, which features a built-in microphone and "open-ear audio" speakers.