Ford has filed a patent for a "Pet Mode" feature, presumably for their electric Lightning truck, that will mimic Tesla's Dog Mode. 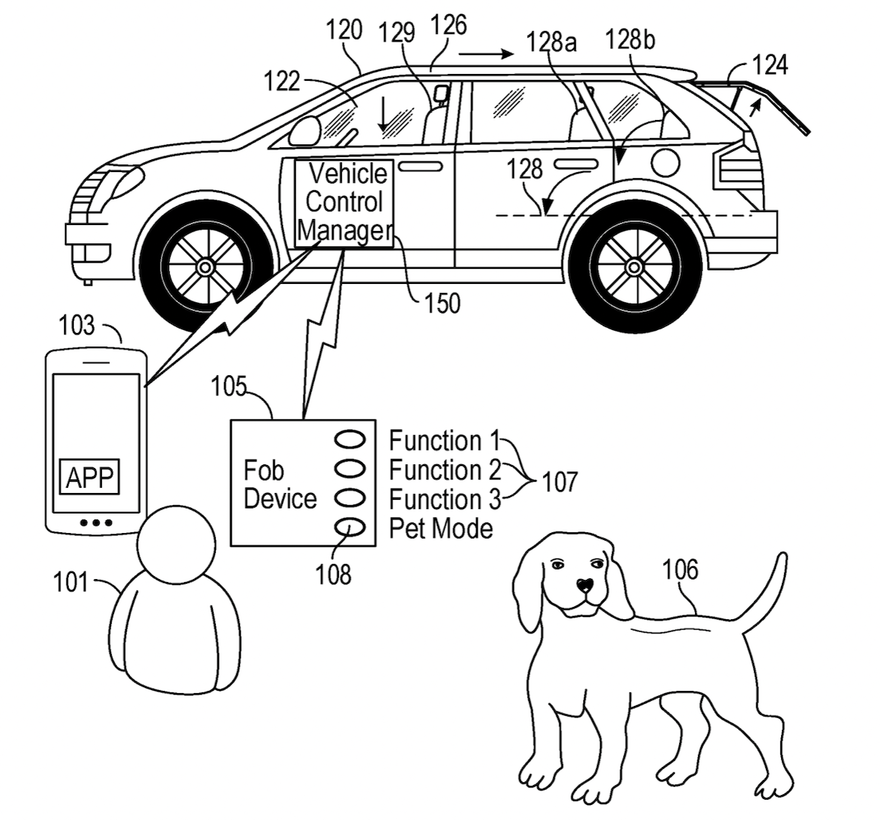 Tesla's Dog Mode, rolled out in 2019, essentially does this:

When activated, Tesla's system draws on the battery array to keep the climate either heated or air-conditioned to keep the cabin at a comfortable temperature. Because the climate control's power draw is significant (roughly one mile of range for every 15 minutes in use), Dog Mode cannot be activated if the battery is at 20% or less. Should it dip down to the 20% range while it's already activated, the car sends an alert to the driver's phone. (Thankfully, the system prioritizes the dog's safety; if the alert goes unignored, the car will continue maintaining the climate until the battery drains completely.)

While Tesla's system places a message on the center console screen, to prevent well-meaning passersby from breaking the window… 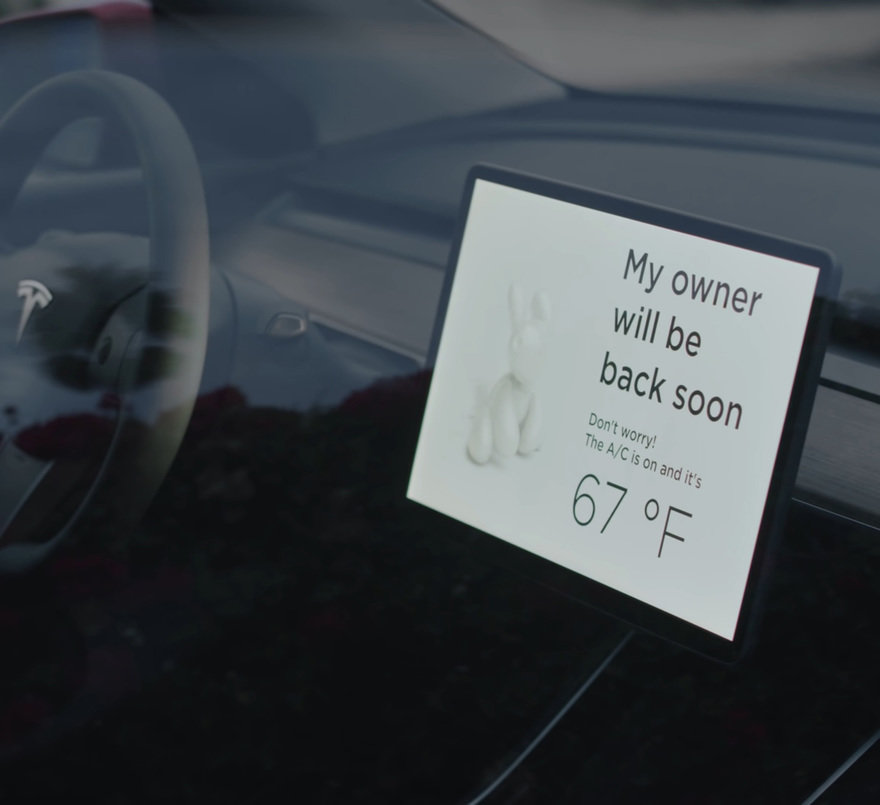 …they do have to peer inside the car to see it. Recognizing this, a small cottage industry of people making and selling Dog Mode window-cling decals has popped up: 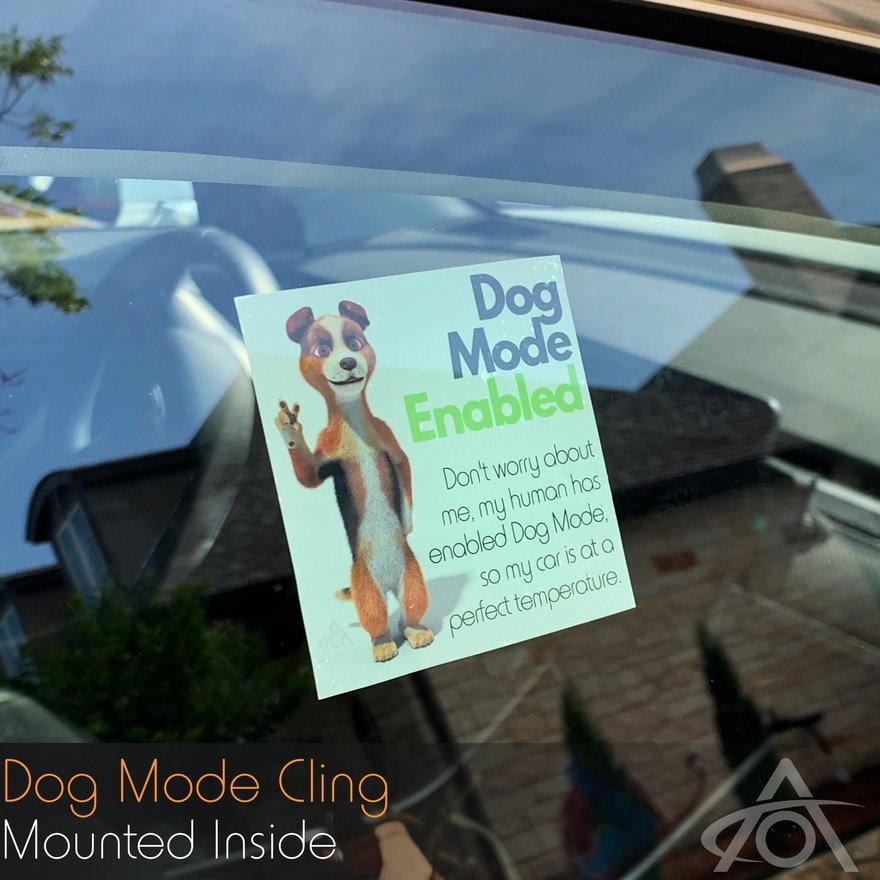 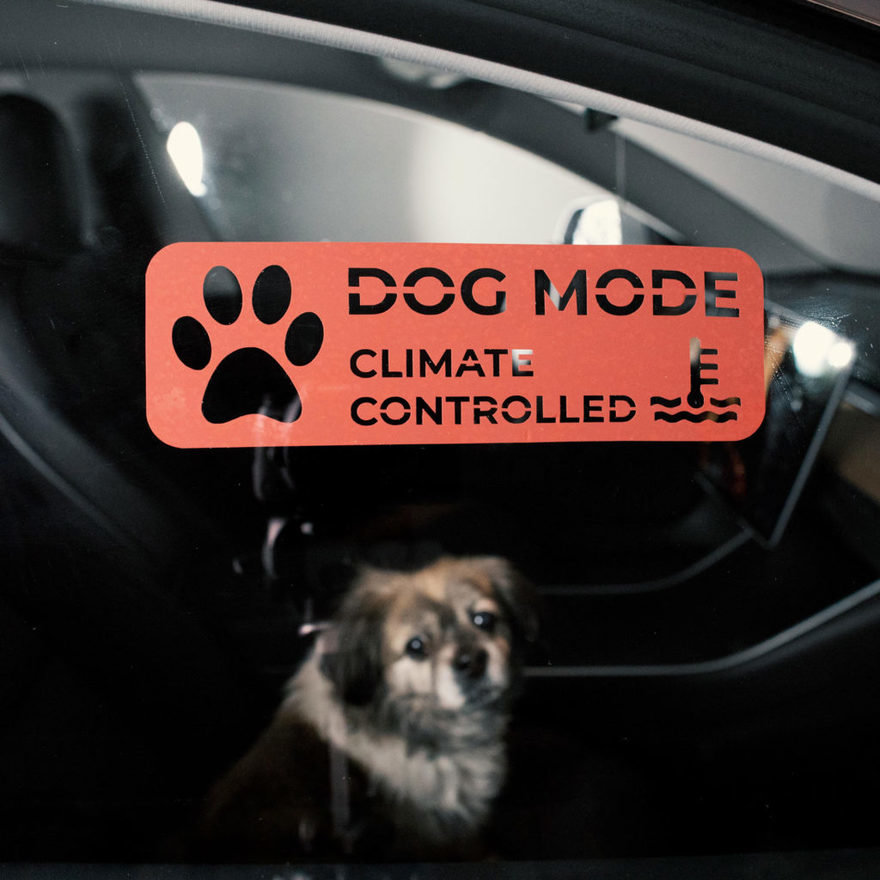 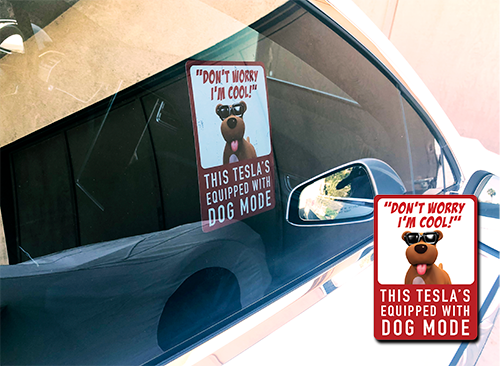 Ford's proposal adds a Pet Mode button to the car's key fob, and the patent mentions that it can partially open the windows or sunroof in addition to keeping the climate system going. 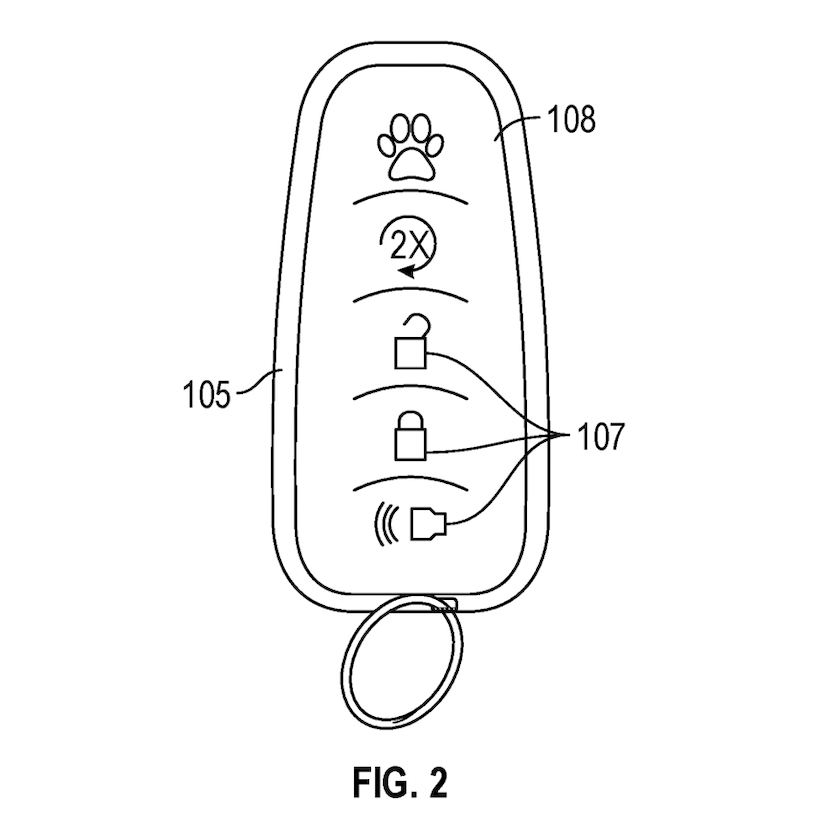 My question is, how good of an idea do you think this is, entrusting the safety of your pet to technology? If the system works flawlessly 100% of the time, great. But shortly after Tesla released Dog Mode, there was at least one story of a driver who activated it with his dog inside, and later discovered "To my horror the car was 85 degrees and climbing!" (Elon Musk replied that he'd fix it.)

In any case, graphic designers, if you want to make a few bucks in the future, start making some Ford Pet Mode window stickers now.