They called it the "Kazam! Machine" 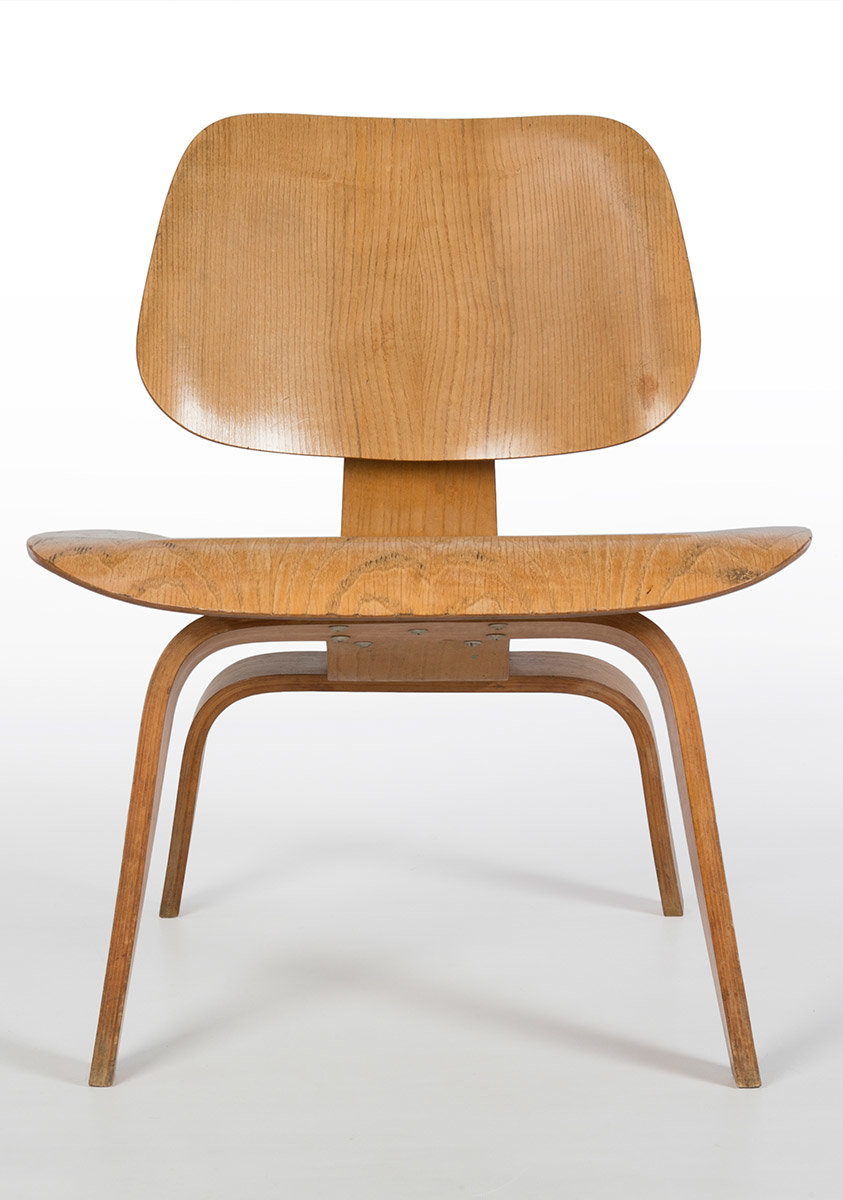 These days they're undoubtedly made in a fancy press, but you might be wondering how Charles and Ray managed to mold the plywood back in the '40s. 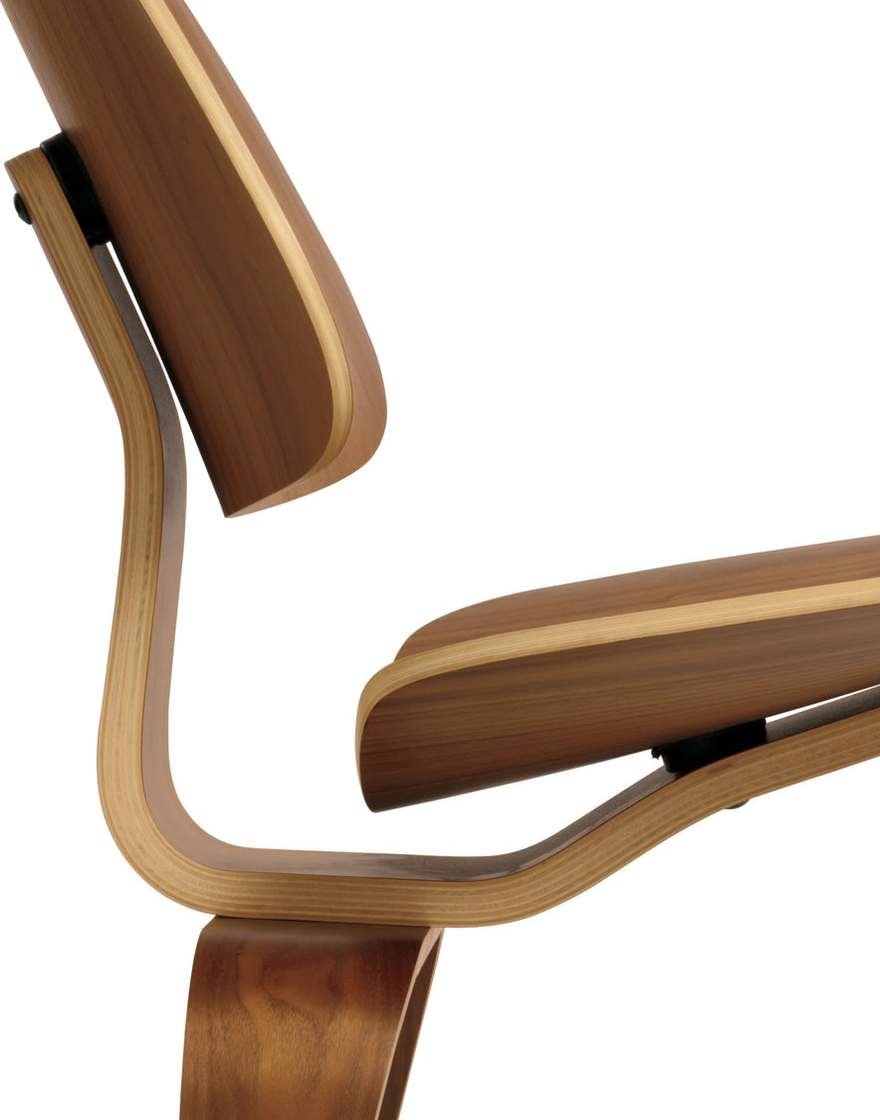 The answer, according to Vitra, is this thing below, which the Eameses called the "Kazam! machine." 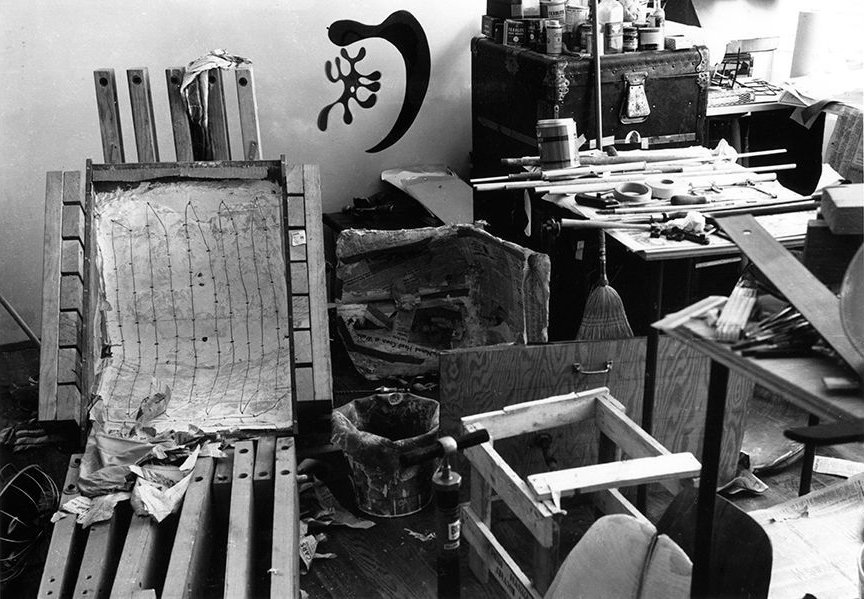 Incredibly, the story behind getting it to work involves Charles climbing a pole to tap into power lines:

"In their quest to find a way to mould plywood three-dimensionally in order to produce low-cost chairs – as well as sculptures, aircraft parts, leg splints and children's furniture and toys – Charles and Ray Eames were relentless. During their first years in Los Angeles, in the beginning of the 1940s, the young design couple worked at home, where they set up an ad hoc workshop in the guest room. Before long, this workshop had expanded from the bedroom to the kitchen. Their greatest concern at the time was the development of the capacity to apply pressure to plywood without breaking it." 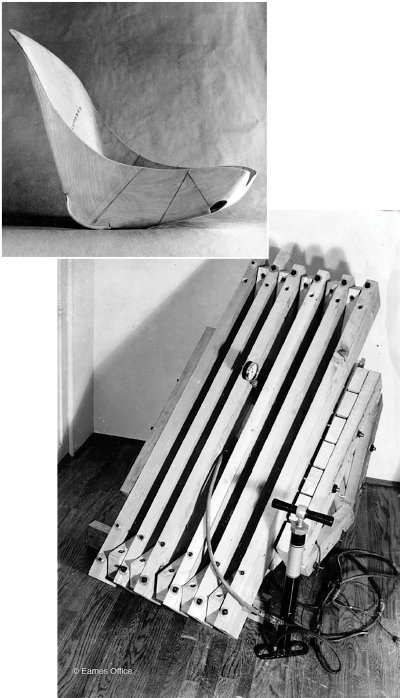 "After various failures, they eventually created a home-made apparatus for bending wood, a kind of curing oven made from wood scraps and spare bicycle parts. They called it the Kazam! machine. Made of a hinged and bolted curving plaster mould, the Kazam! machine allowed them to create a glued sandwich consisting of several layers of veneer, which was then pushed against the plaster mould by a membrane which, in its turn, was manually inflated by a bicycle pump. But the heated mould, with energy-hungry electrical coils running through it, required a lot more current than their home circuit could provide."

"So Charles climbed up a nearby power pole, carrying a large piece of heavy insulated cable, in order to poach enough electricity to run the Kazam! machine. Charles was afraid that he would electrocute himself. Luckily, he survived, and in the spring of 1945 the Eames succeeded in creating the Plywood Chair LCW (Lounge Chair Wood) made from plywood shells with compound curves. It was the beginning of the Plywood Group." 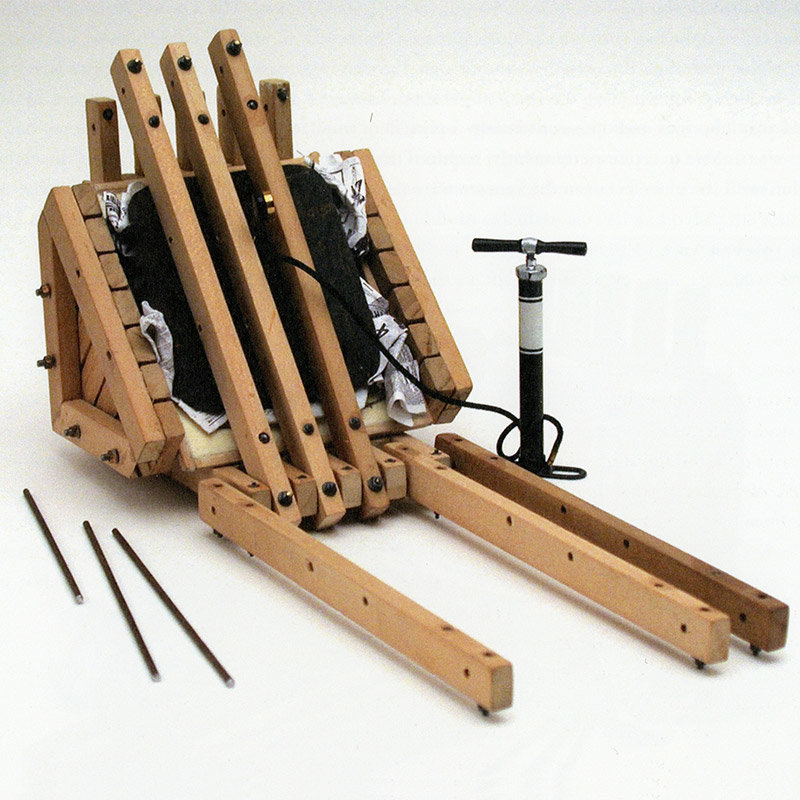 Reading the power line thing makes me queasy. If he'd gotten that wrong, our furniture landscape would be very different today.