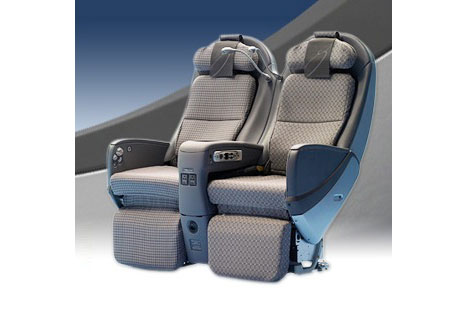 You've seen plenty of pictures from us of those swanky, design-y First Class airplane seats, so here's a switch: Japan Airlines has just won their fourth Good Design Award for the seats used by us bums in Economy.

The JAL Sky Shell Seat was designed with a "sliding shell" feature so that when 12-B reclines his seat, the seatbase scooches forward rather than the seatback tipping back and invading 13-B's space. Each seat also has La-Z-Boy-like leg support, its own power outlet, a 9" LCD, and offers 20% more legroom than previous models. 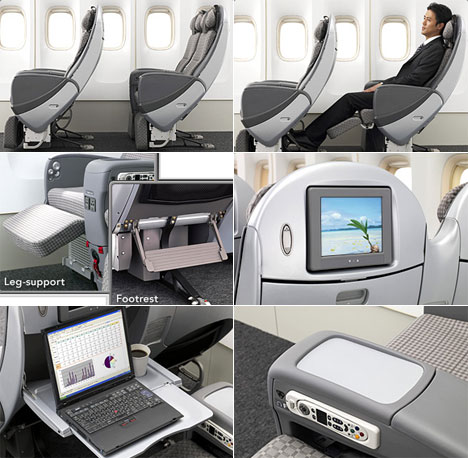 We look forward to seeing the new seat in person, but we're still holding out for our dream design feature in an airplane seat: some kind of magic tray table that can actually be left unfolded during take-off and landing. The flight attendants act like everyone will die if you don't put that thing up.