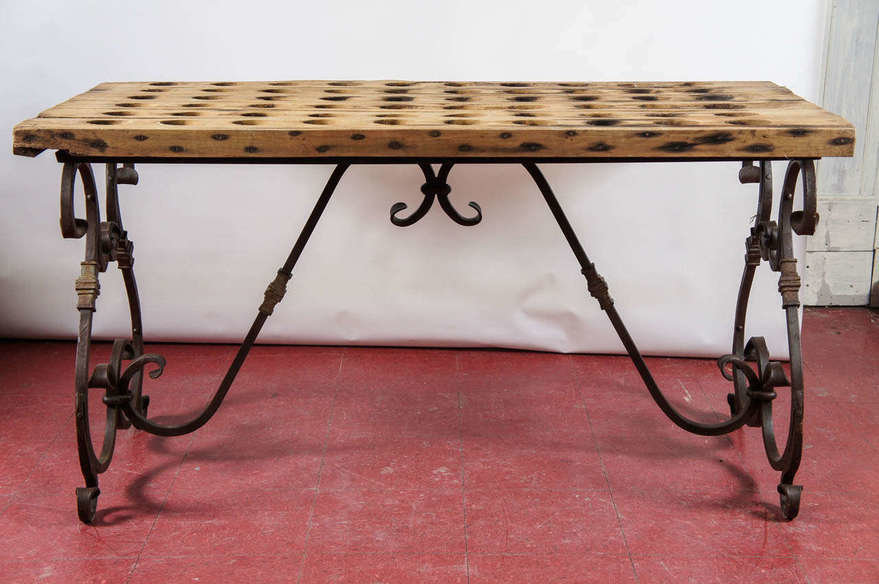 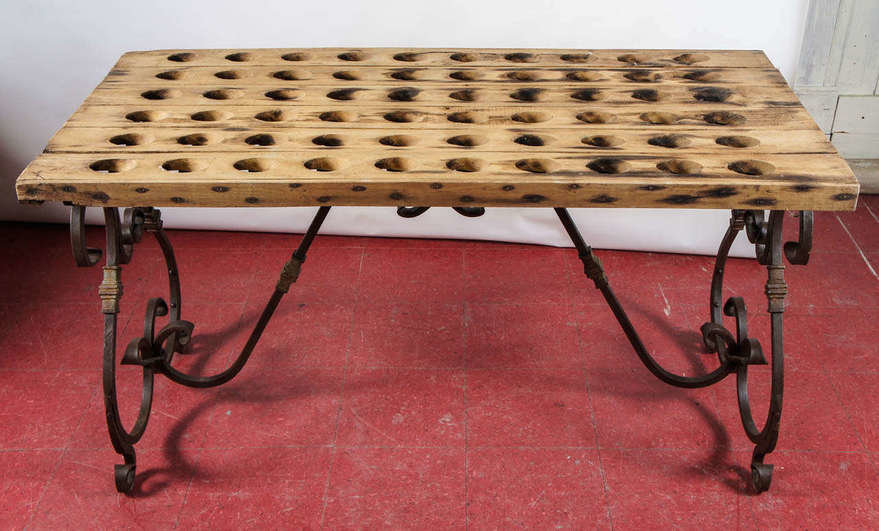 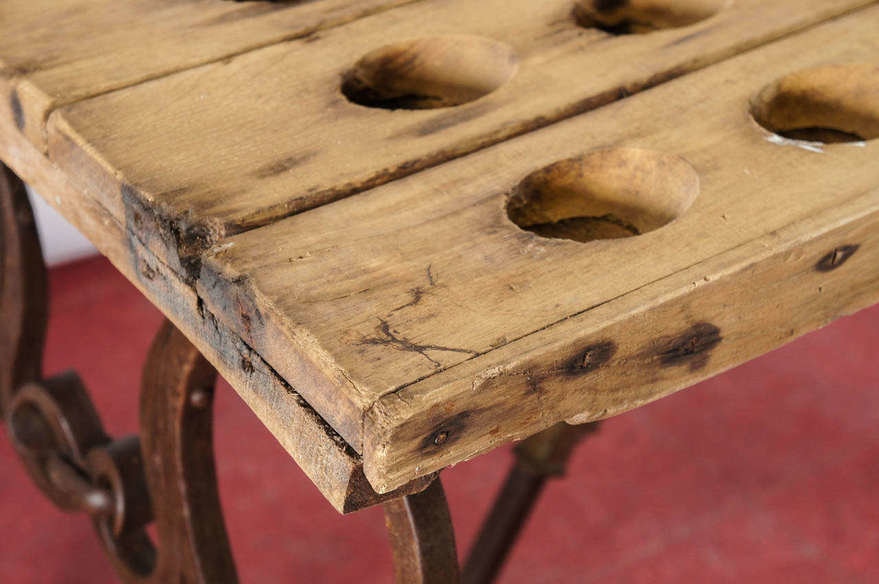 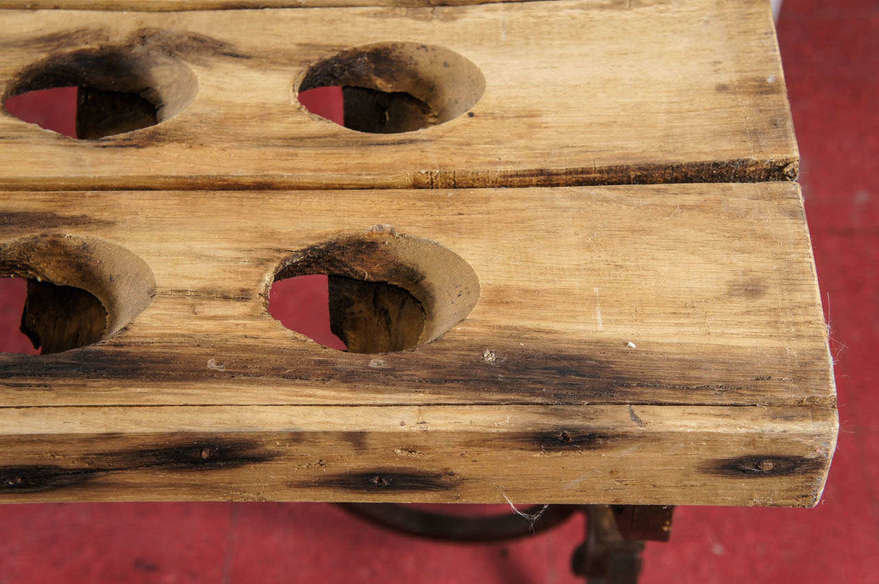 So that's called a "Riddling table," and was reportedly invented by Madame Clicquot (as in Veuve Clicquot) for wine-finishing purposes, some 200 years ago. "Riddling" is the process of allowing the yeast sediment to settle in the bottle, close to the neck, so that it can be removed during the maturation process. (If you want to read the science behind it, there's a detailed explanation on the history of riddling here.) Thus she reportedly commissioned an artisan to create this design. 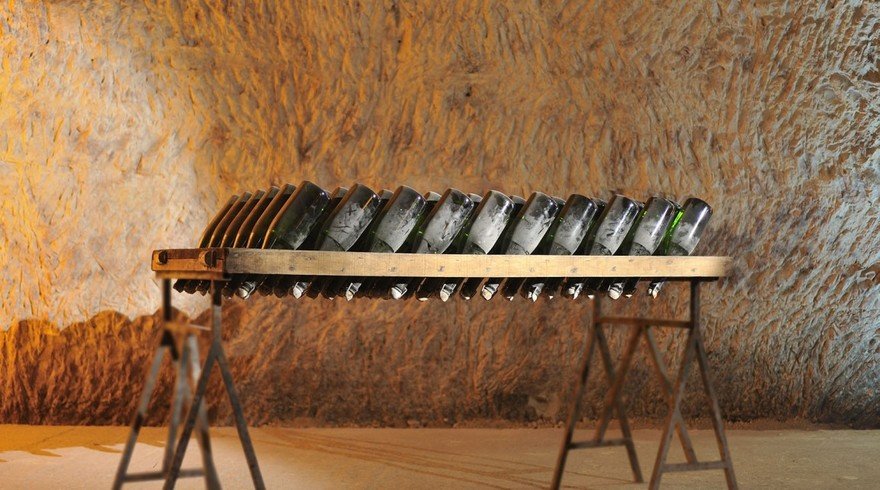 According to the company, the riddling table was adopted as standard gear by competitors, though some also used (and continue to use) riddling racks: 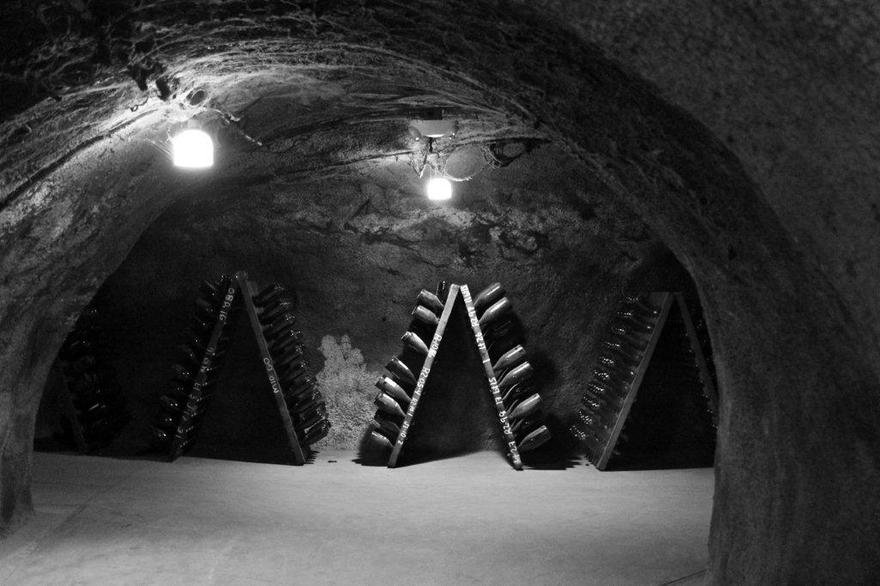 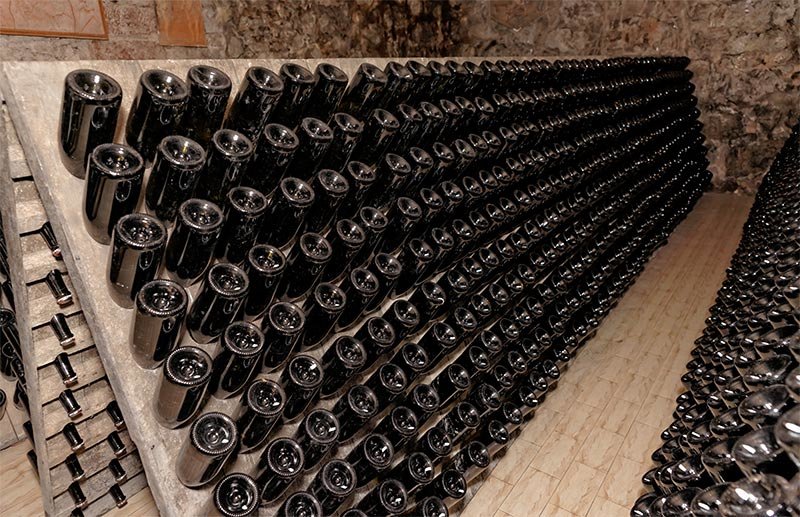 The riddling procedure was followed until the second half of the 20th century, when gyropalettes—yes, essentially pallets of bottles placed in a large gyroscope—became the succeeding piece of kit. 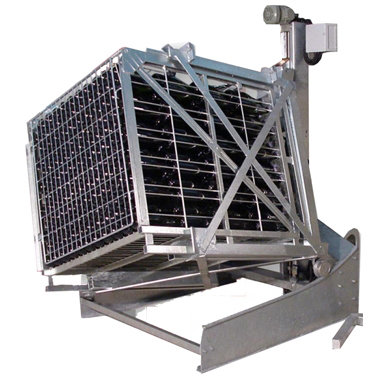 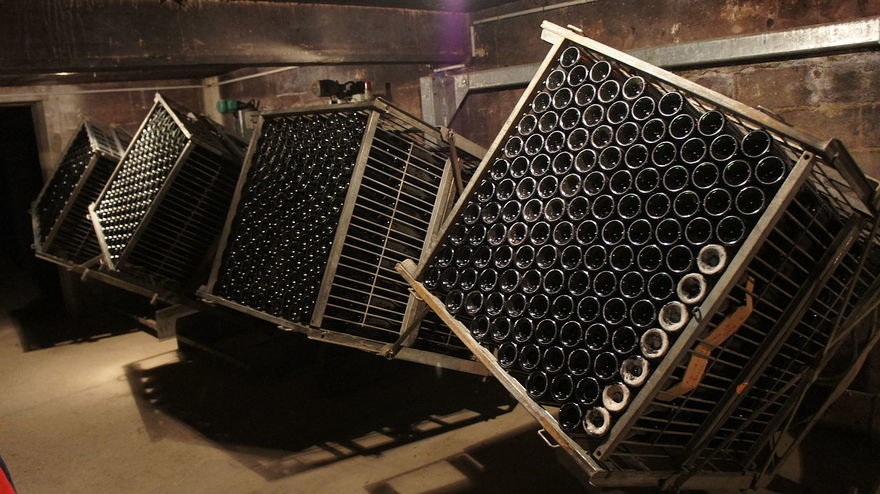 French product designer Andreé Putman, some years before passing away, visited Veuve Clicquot and was reportedly struck by the original table, which was on display. Putman then made this contemporary version: 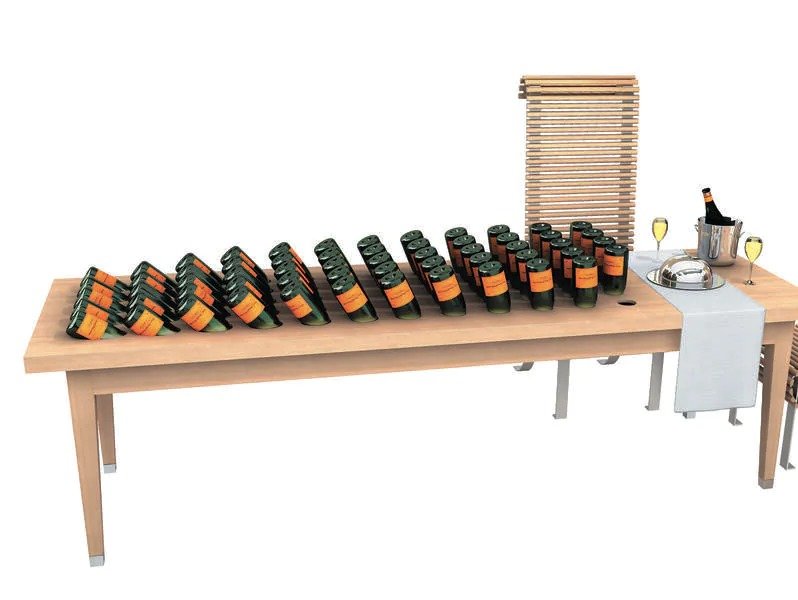 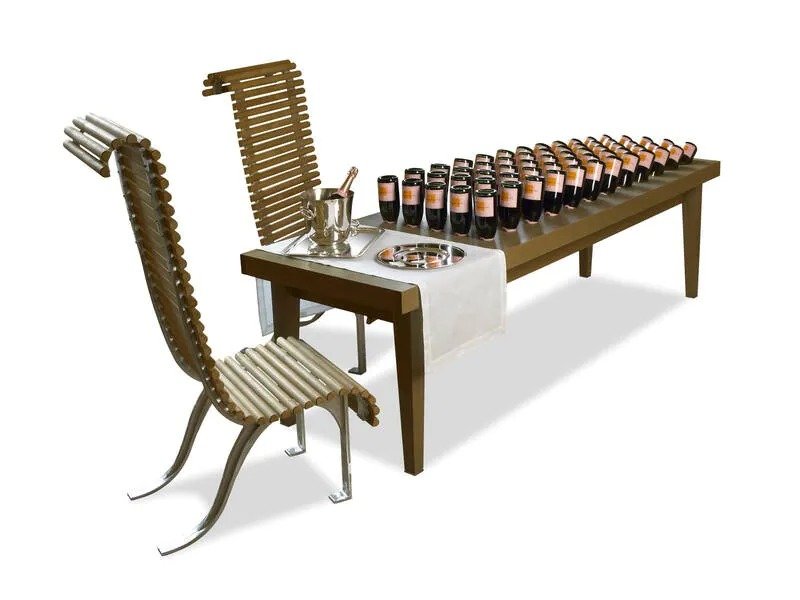 In the riddling process, it's apparently beneficial for one to start with the bottle at an angle, then gradually move it in stages to a vertical position over time. Hence the multitude of angles. In other words, the bottles at right in the photo below would be at the beginning of the process, while the ones at left are nearly ready-to-go. 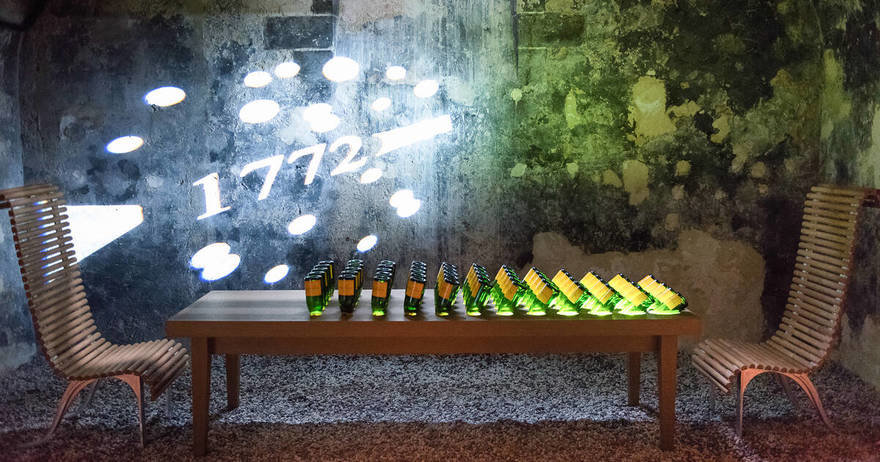 Putman's creation is on display at the Veuve Clicquot Visit Center in Reims, and Madame Clicquot's original is occasionally displayed at company events.

Today some higher-end vineyards still practice traditional riddling, though the more space-efficient rack design has won out over the table form factor. 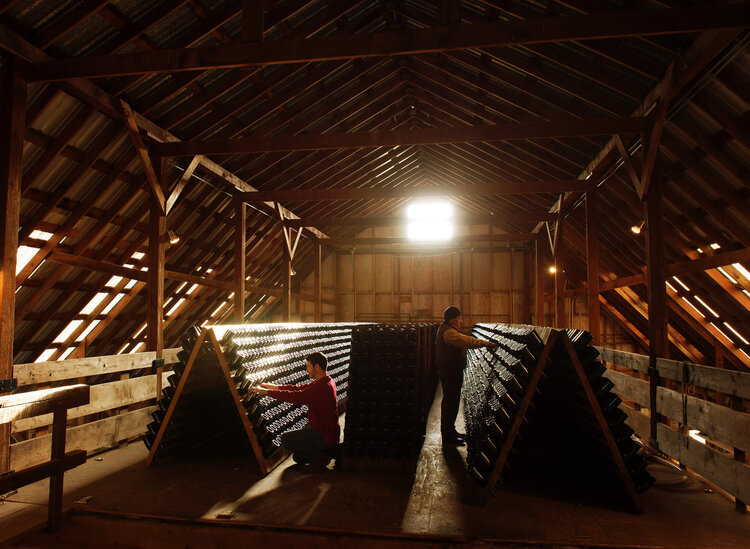