At a press event earlier tonight Lincoln unveiled the Star, the striking concept electric vehicle they've been secretly working on.

Why now? The company, which could have been counted nearly out of the game a decade ago, now has freshly-designed ICE models in their Aviator and Corsair, and has been on a sales tear of late: While all auto sales increased during the pandemic, at an average of 3.4% in 2021, Lincoln was up 7% and is actively scooping up new customers. To build on the momentum, the brand is announcing their pivot towards electric, headlined by the Star. The company has announced their plan to have three all-new, all-electric vehicles on the market in 2025, with a fourth the following year, all adhering to the Star's new design language. 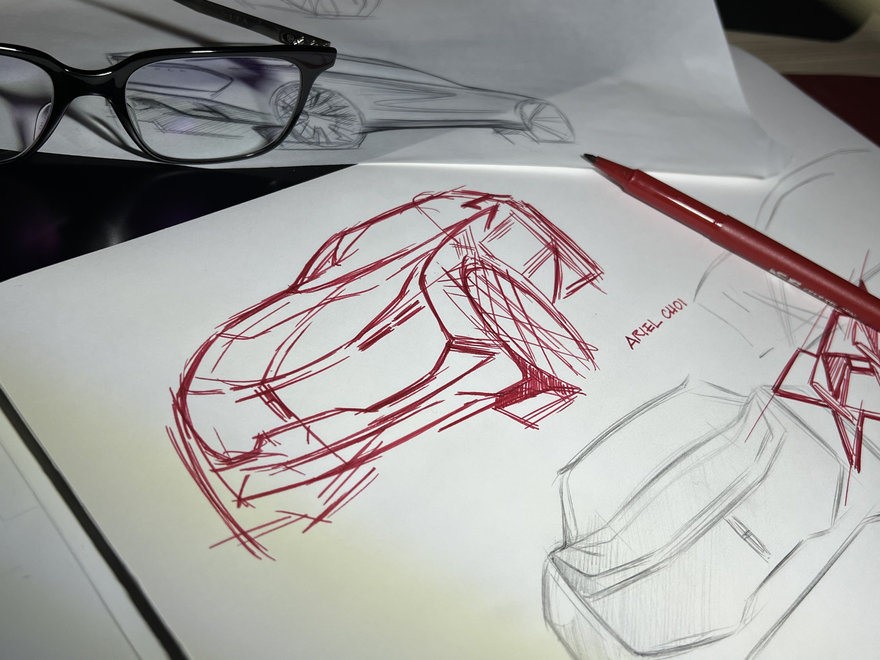 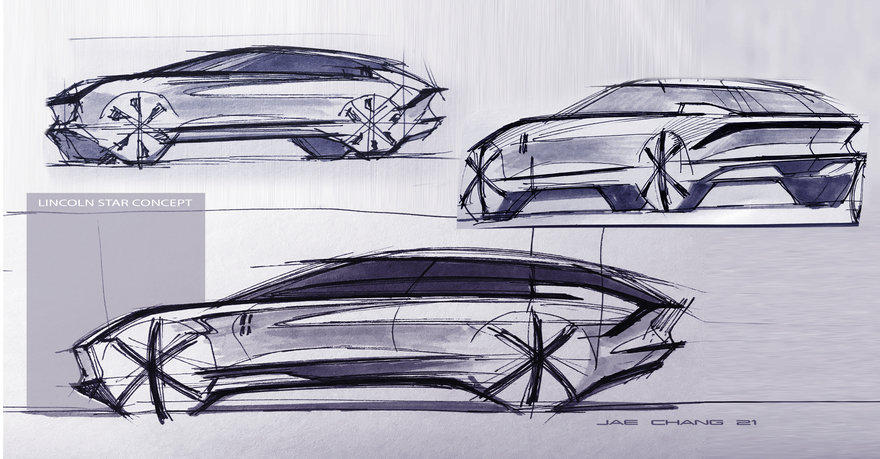 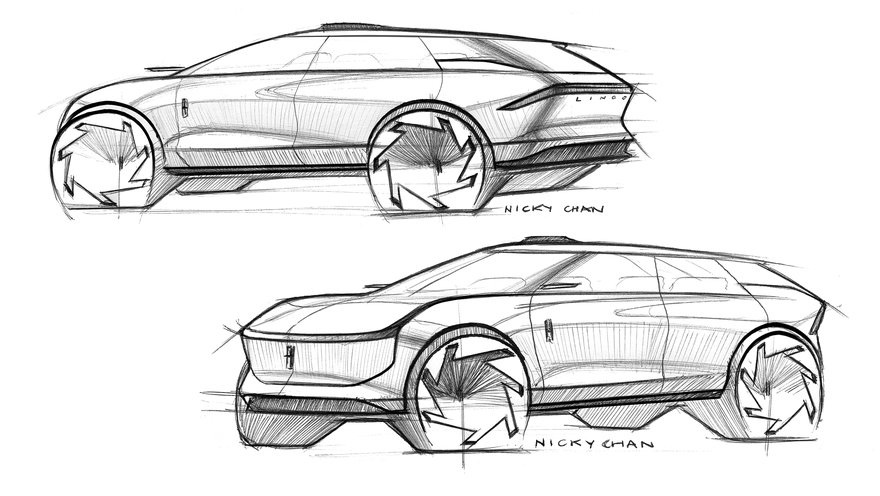 That design language is what I've been closely looking at during the press event. I'd seen the concept in person prior to the public unveiling, but it was still under embargo and they did not allow us to take photos; a shame, because I can say that the car is fairly stunning in person, but that the PR renderings they provided for us do not do it justice. In person the Star does not look as swoopy and dramatic, and I mean that as a plus; instead it looks solid, well-proportioned, clean and restrained. 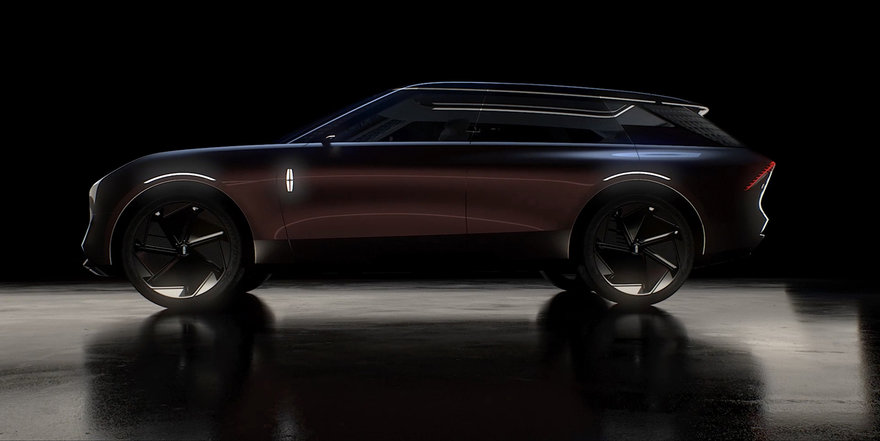 Most of the automotive journalists at the press event oohed and aahed over the lightbar feature, which starts out as headlights but run back in an impossibly thin line along the top of the fenders, reaching the base of the A-pillar. It looks cool in person but it's merely a stylistic flair and not what most caught my eye.

As one of the sole design publication writers in attendance, what I was most struck by was the Star's surfacing. It's pretty great, particularly along the sides, where we often see car designers try too hard. On the Star there's just a single crease delineating the rocker panel, much more subtle in person than in the rendering, and then the rest of the surface is allowed to exist in peace with only subtle undulations, with the slab sides behind the A-pillar gradually transitioning into a gentle looks-like-it's-supposed-to-be-there fender flare over the rear tire. No slashes, swoops or hey-look-at-me. Restraint was effectively wielded here, and the form looks more confident for it. 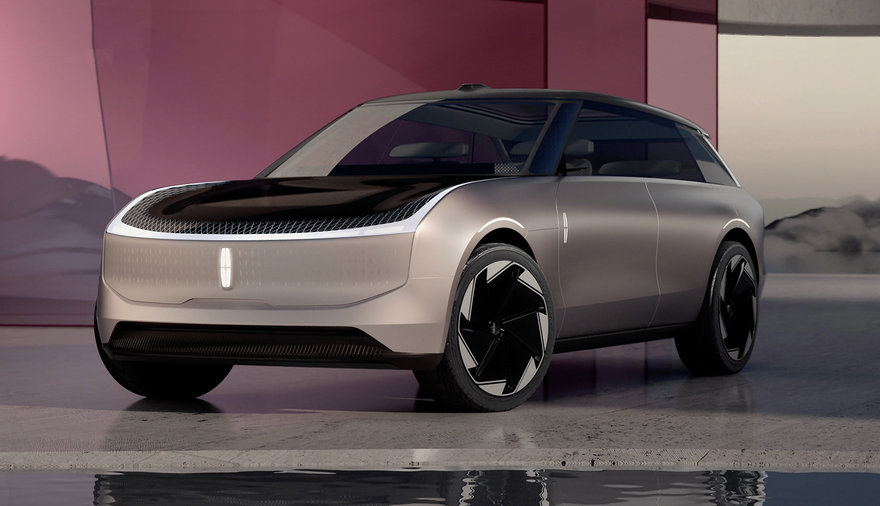 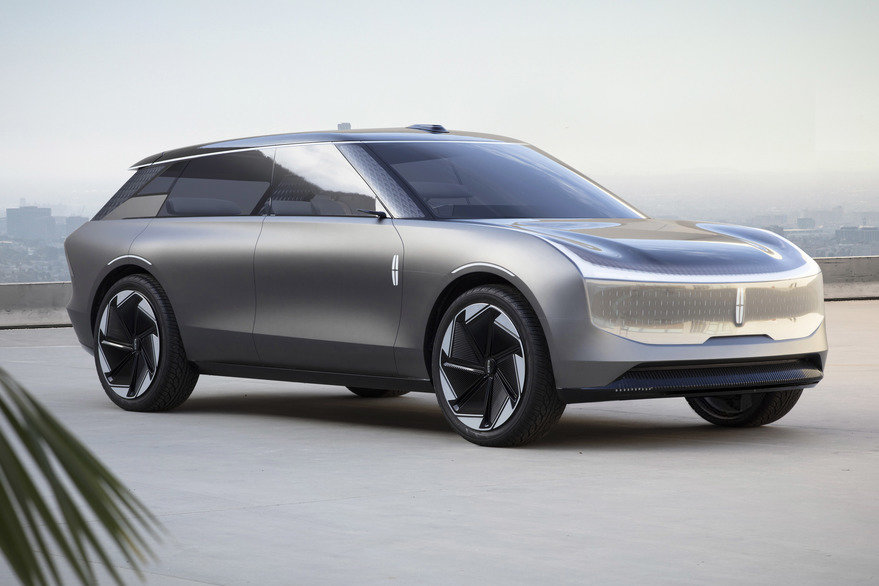 The roofline I was a little more iffy on. Not because it looks bad—it doesn't—but because, well, let's face it: The plunging roofline of the Range Rover Evoque, then the Velar, then the RR itself was such a stylistic home run, and became so copied by every automaker, that nowadays if a two-box automotive form doesn't have it, its absence practically makes the car look wrong. So I think this might've been an opportunity for Lincoln to buck that trend, and I'd have liked to see what the Star looked like with a level roof. 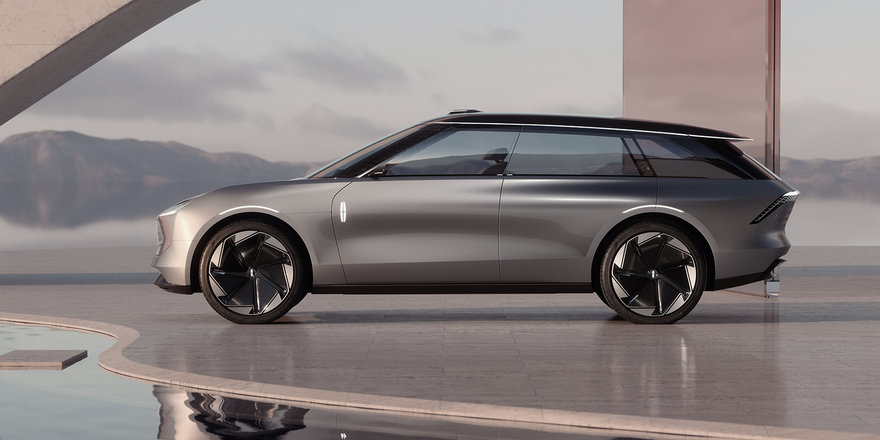 That said, another aspect of the overall design I liked is that it has five sides. What I mean by that is, if you think about how cars were designed at Lincoln's inception (it's their 100th Anniversary, by the way), they were designed on paper, in orthographic views: You had a front view, a rear view, the two sides and a top view. Between those five shapes, the artist/designer had to use considerable mental 3D skills to visualize what the car would look like in 3D, and had to reconcile those five sides with each other in an artful way by working with the clay modeler. 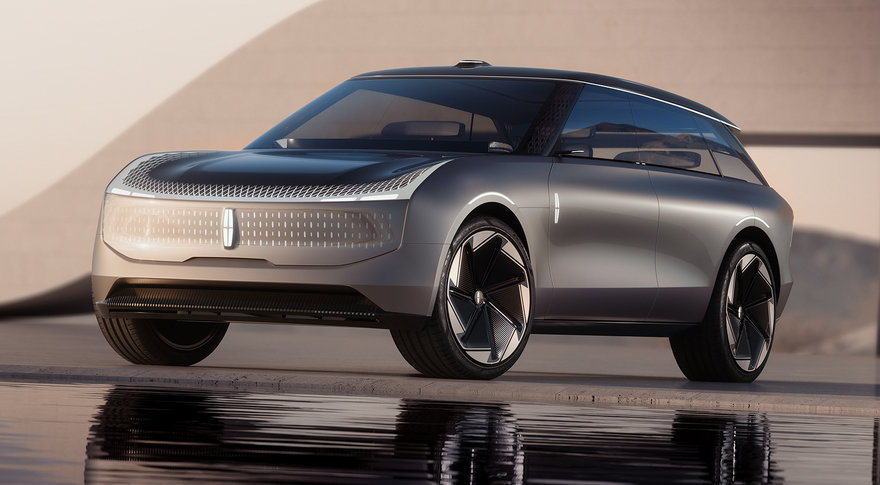 In contrast, today cars are designed in CAD and can be viewed on-screen from any angle, which I think has had an unfortunate side effect—the blending of the car's facets. Designers, entranced with CAD tools, can now easily make the front blend into the quarter panels, the rear fenders fold across into the back. These transitions are often nonsensical, so the designers disguise them with all kinds of slashes, creases and surfaces-to-nowhere, creating chaos, like messy makeup trying to conceal a botched foundation job. 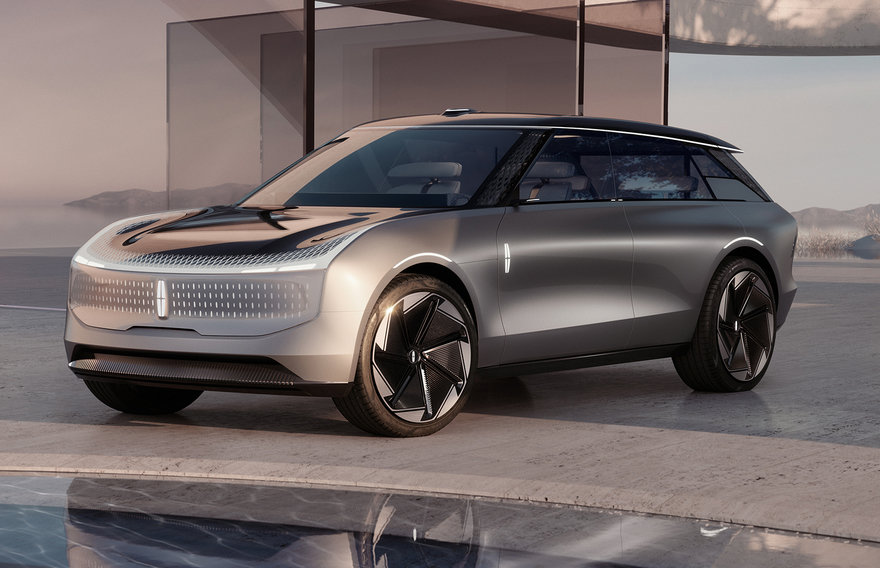 Pleasingly, the Star has five sides. And closely looking at the transitions between each, it looks to me like the clay modeling team was given the leeway to execute them in a sensible, this-was-sculpted-by-human-hands kind of way. Up close, I see more claywork than CAD in the exterior design, and that's about the highest complement I can give these days. 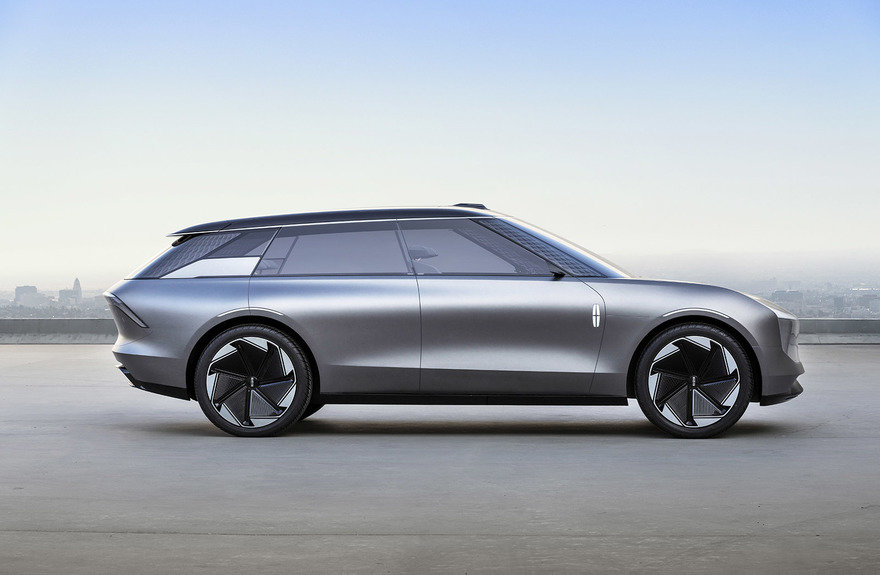 There are, of course, some techno-gimmicks. This being an electric vehicle, it of course has a frunk—and this one is electrochromic, so you can see what you're carrying and/or be reminded not to leave anything in it. At the press of a button, it goes opaque for public driving/parking. 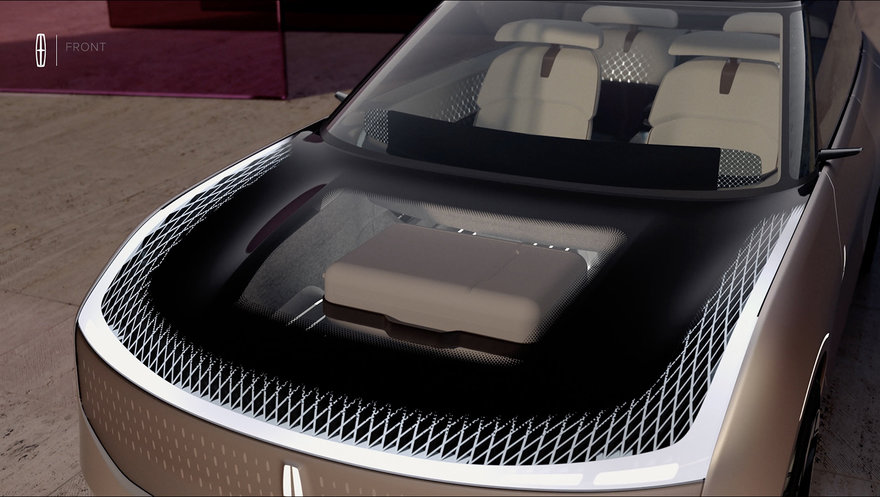 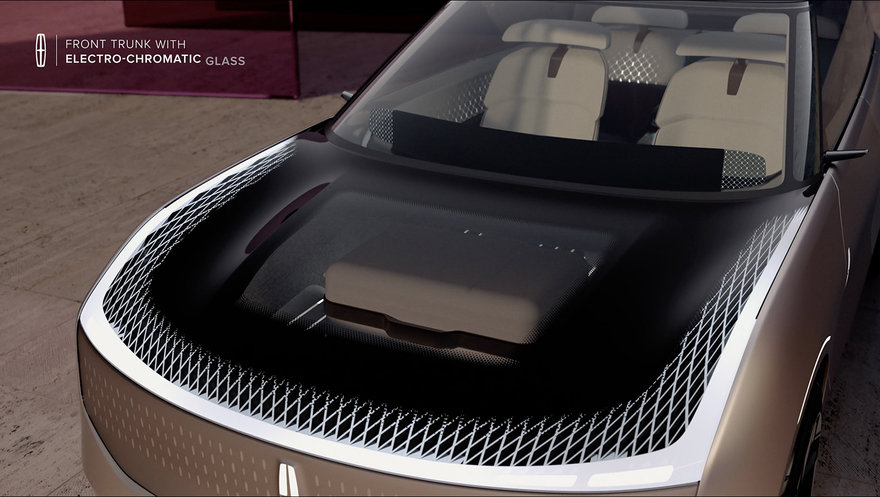 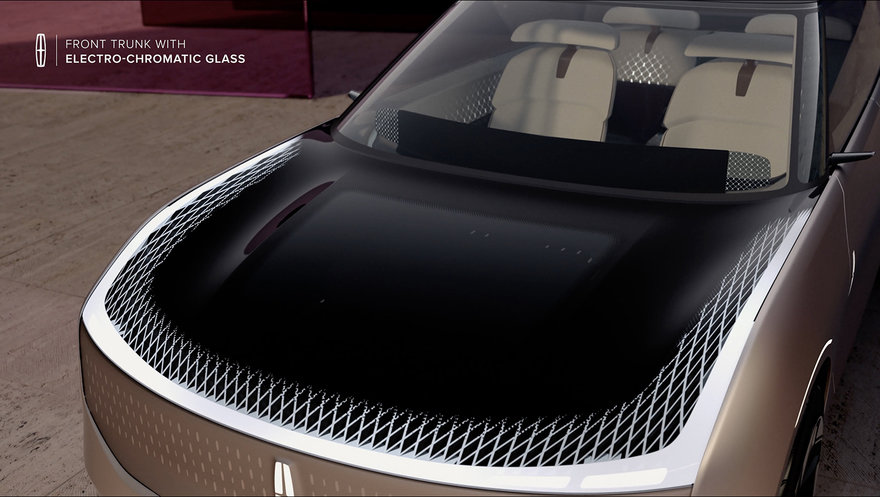 One odd aspect of the frunk is that it's designed to slide outwards, like a drawer, with the front grille—or whatever we're calling that part of an electric car now—going with it. I can't tell if the drawer arrangement will actually make things like heavy luggage easier to load from the side, or if the not-a-grille will become an obstacle. I'd have to live with it for a few months to learn the answer. 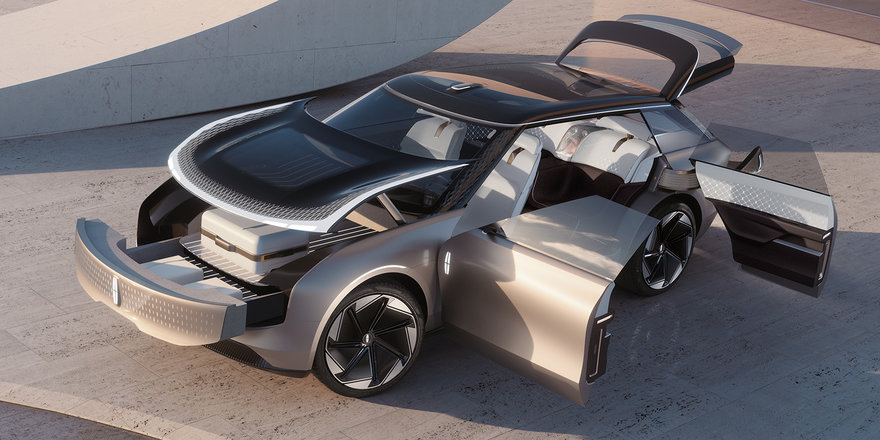 And in the back, they let the CAD team have some fun. The rear hatch and tailgate open in a rather surprising manner to present what Lincoln refers to as a "lounge:"

I figured it was a bit of hyperbole, but I suppose we've seen stranger things make it to production, at least at the Bentley/Rolls-Royce level.

Oh—and you know what's back, in a nod to Lincoln's heritage? 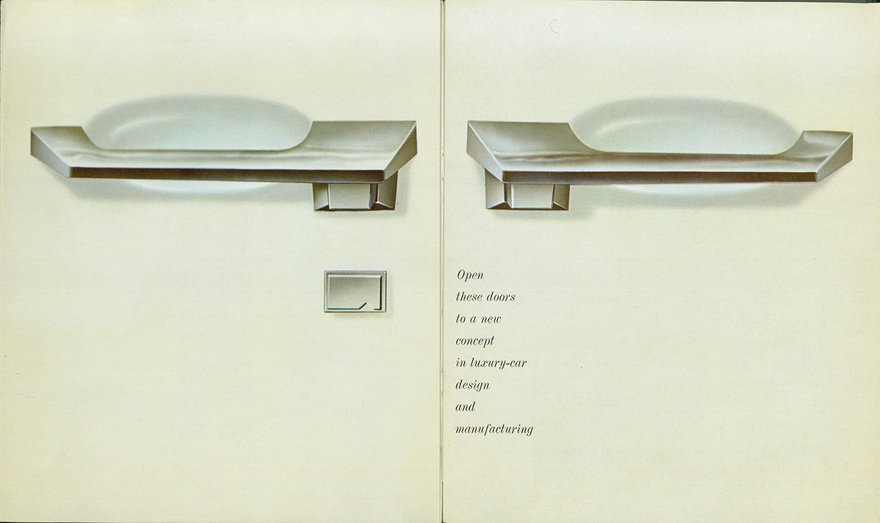 Suicide doors! Or as they're called more formally, "coach doors."

The interior designers, too, got to leave their stamp. Intriguingly, through lighting schemes the car interior's appearance—and very smell!—is supposed to change throughout the day, presenting a gentle wake-up-sleepyhead look in the morning for that bleary-eyed commute, a more "reinvigorating" look for when you've clocked out and headed home, and a rather club-like lounge vibe in the evenings. 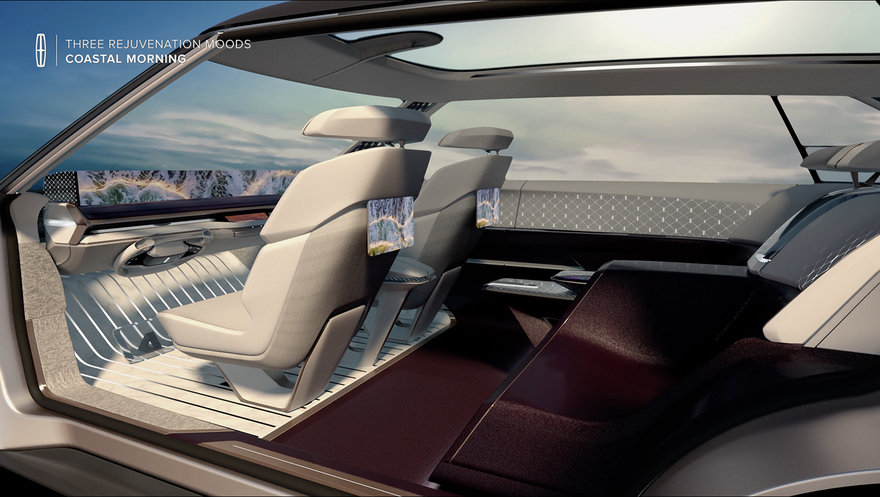 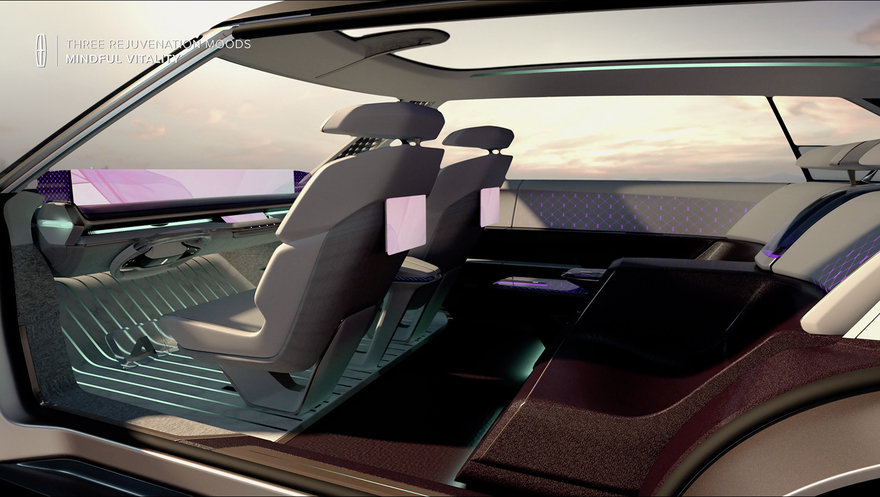 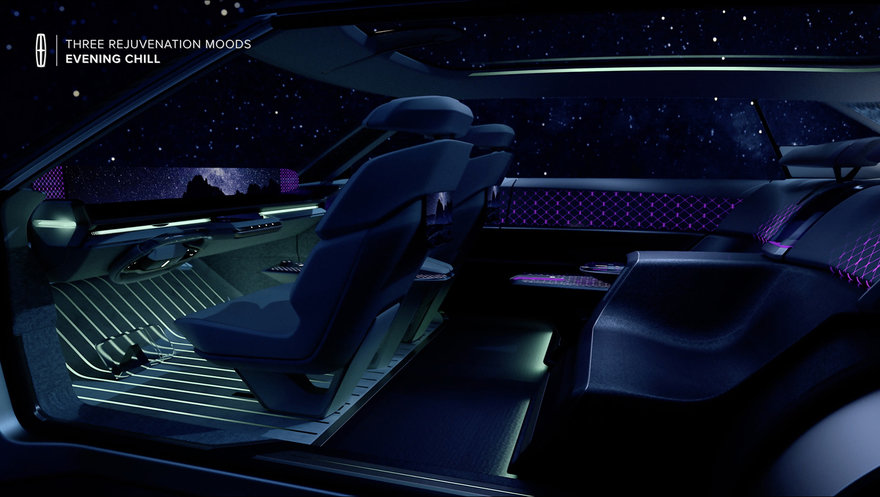 In the concept art, an aromatherapy vent in the rear dispenses differing scents with each "mood." 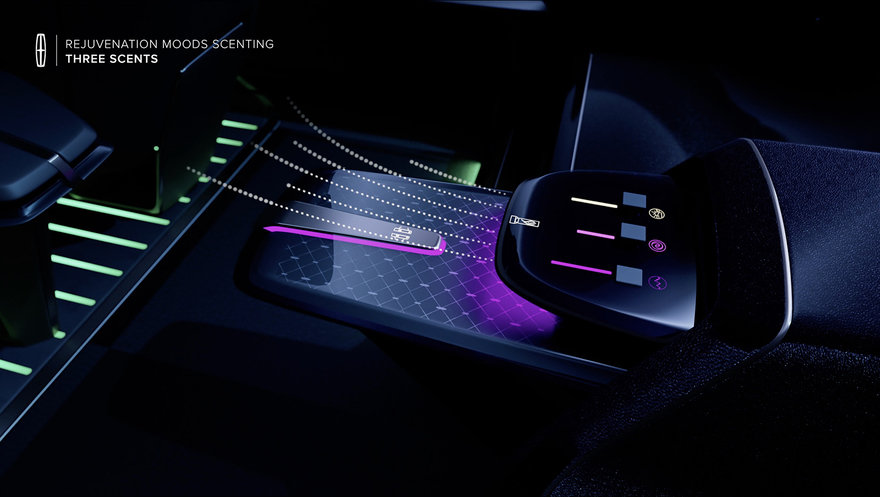 The rear seats are well aft of the front and due to the flat floor over the batteries, apparently have room to contain slide-out ottomans.

There's also a nifty panel that slides out of the center console in the dash, though it's not clear what function this would serve; perhaps it's a hint towards autonomous.

The company, though (thankfully) has said nothing about autonomous, just electric. During the press briefing, Lincoln stated that "more than half" of their output will be electric vehicles by 2025; it's unclear if their current ICE models are meant to be phased out or merely ported over.

That will presumably depend on the success of this concept, as the Star is meant to be Lincoln's North Star, from a design standpoint. "Electrification is removing many traditional vehicle design constraints, allowing us to reimagine what a vehicle can be," said Anthony Lo, Ford's chief design officer. "The Lincoln Star is a study of experiences and themes that push the boundaries of Lincoln design – and it's just the start."