Designed for couples who want to shower together, this kooky Tandem Shower contraption splits the water flow between two showerheads opposite each other, and is suspended between the walls in the manner of a shower rod.

The height of the far showerhead can be adjusted to have a higher clearance.

"With our easy install, there's no need for contractors or renovations," writes the manufacturer, a startup called Boona. "Renters and owners alike can easily get a luxury shower upgrade at an affordable price."

The first problem I see is that the water on the far end would come out cooler than the water coming out of the source showerhead. The company claims they have solved this issue by using "an insulated hose" and posted this video from a FLIR thermal camera as supposed proof:

The second problem, I imagine, would be water pressure. Dividing it across two heads would obviously reduce it. The company issues a vague claim that they've "custom-engineered our showerheads after iterating through many prototypes, conducting extensive testing, and gathering feedback from our beta testers. The result is a showerhead that optimizes pressure and provides a great experience when used in tandem." 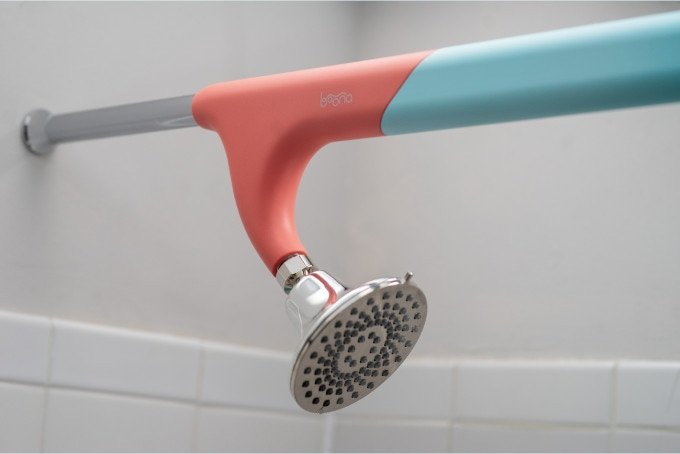 Lastly, they claim couples will see an overall water savings. I suppose that's indisputable, if you have two people taking one ten-minute shower versus separately taking 20 minutes collectively. However, I'm pretty skeptical of the first two claims. 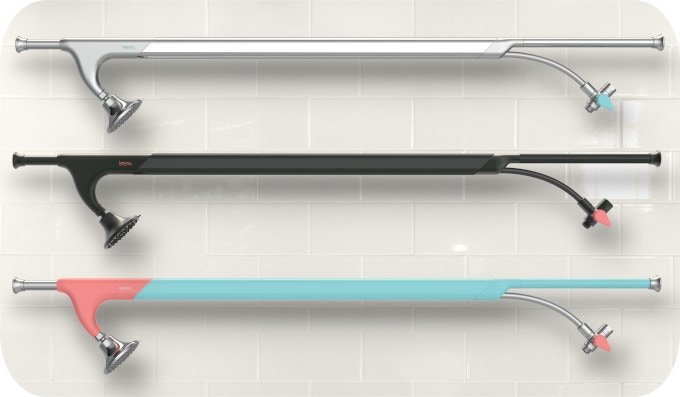 Not that it matters; thousands of backers lack my skepticism. The company was seeking $10,000 in pledges, but at press time they'd clocked $657,000 and counting, with 7 days left to pledge.