Plastic Recycling "Does Not Work, It Never Will Work," Says Report

With the EPA mum, this month environmental activist organizations Beyond Plastics and The Last Beach Cleanup released a disturbing report called "The Real Truth About the U.S. Plastic Recycling Rate: 2021 U.S. Facts and Figures." Culling data from the National Academies of Science, Engineering, and Medicine as well as statistics on U.S. exports and from the waste industry, the report found just 5% to 6% of plastic was recycled in the U.S. in 2021.

We were already bad, but now we're getting worse. In 2018—the last time the EPA published recycling figures—we were at an 8.7% plastic recycling rate.

So aside from the paltry amount of plastic we do recycle, "the other 94% is disposed of in landfills, burned in incinerators, or ends up polluting our ocean, waterways, and landscapes after being used just once, often for mere minutes," Beyond Plastics writes. Furthermore, even the stuff that does get recycled is problematic: "The plastic recycling process itself is wasteful, with 30% of collected PET bottle plastic material disposed [of] in the recycling process."

"The plastics industry must stop lying to the public about plastics recycling. It does not work, it never will work, and no amount of false advertising will change that," says Judith Enck, President of Beyond Plastics and former U.S. E.P.A. Regional Administrator.

"Instead, we need consumer brand companies and governments to adopt policies that reduce the production, usage, and disposal of plastics." 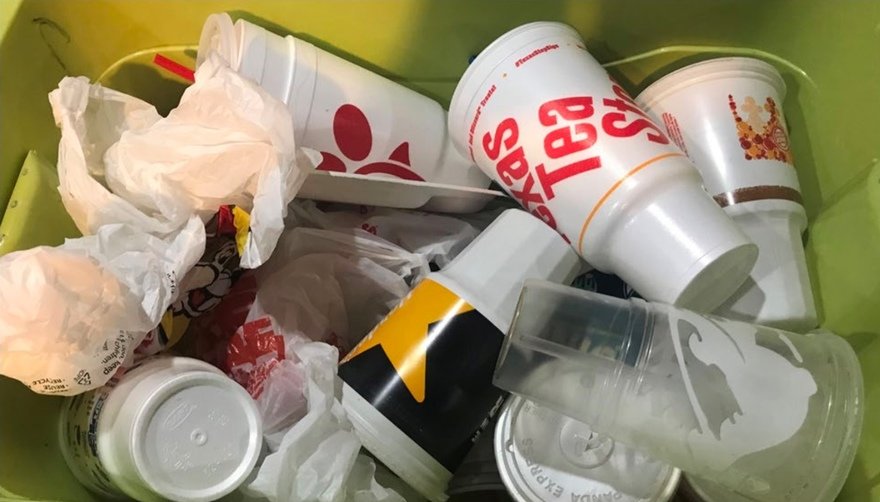 They also note that paper has a recycling rate of 66%, according to the American Forest and Products Association.

The report is freely downloadable here.