Imagine releasing a product today with the name "Baby Gays." 100 years ago, that's what the world's first mass-produced cotton swabs were called. (The name was later changed to "Q-Tips.")

How to Make Baby Gays

Cotton swabs consist of two parts: The spindle and the absorbent stuff at the ends, typically cotton. The spindles are typically made from either paper tubes, extruded plastic tubes, or wood. Adhesive is applied to the tips, which are rolled over a sheet of cotton that gets cut off after enough material has been deposited. Here's a vid if you want to see it in action:

Interestingly, Poland-based industrial designer Maciej Glowacki writes that cotton swabs are made differently in his region. "The swabs available [in our] market are produced in two stages: injection molded and then flocked," he writes. "In order to obtain the right parameters of the smear, specific flocks are needed, and therefore also proper machines for their application."

This production-intensiveness led to supply problems during the pandemic, as Glowacki learned from medical professionals at his job. (Glowacki works for Sygnis, a technology solutions company with medical-industry clients.) Swabs were needed for COVID testing, and demand quickly outstripped supply. He thus set out to design an easier-to-produce swab, called CRN_01, that could be produced in a single shot. 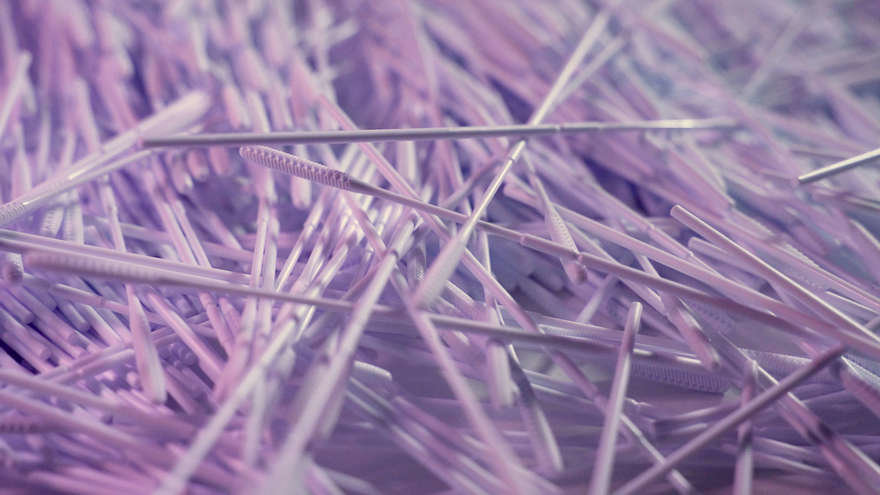 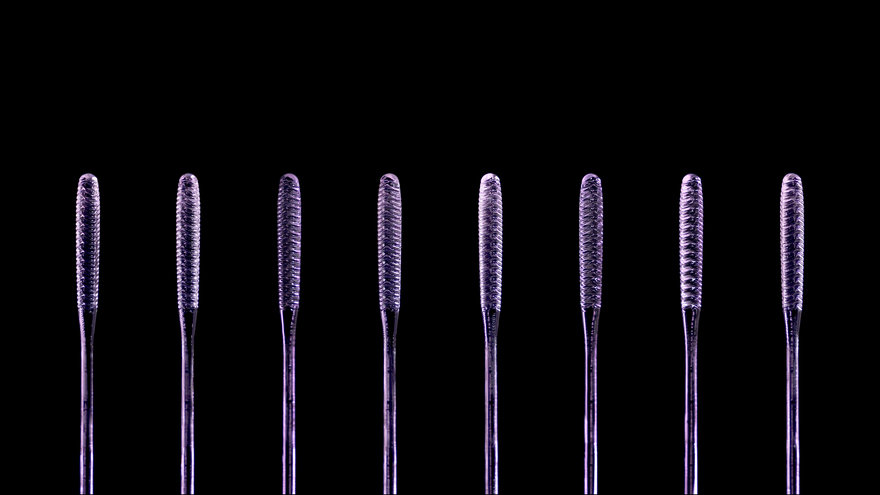 "In the spirit of biomimetics, the form of the swab was inspired by the hummingbird's tongue, adjusted to collect nectar from flowers. The designed grooves and cavities allow for collection and deposition of large amounts of sample material, thus ensuring testing efficiency. Moreover, due to the lack of flocks, CRN_01 swabs 'give back' for testing more of the collected sample than regular swabs." 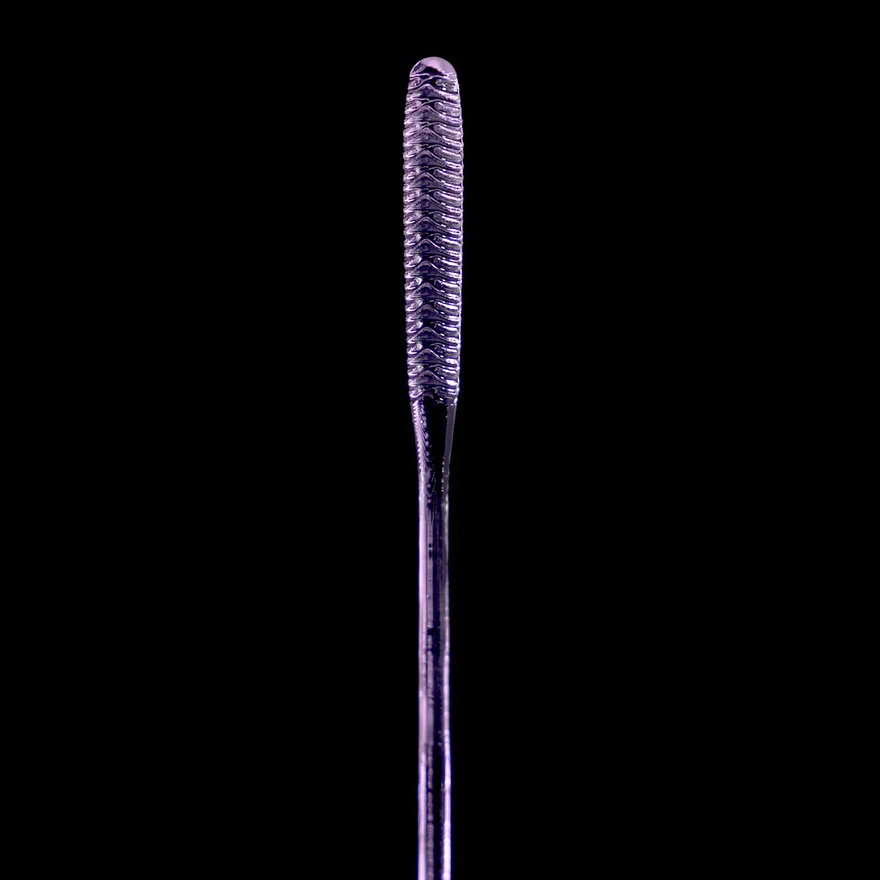 "The project passed diagnosticians' verification, and the first injection mold and production series were already made. Years of experience with advanced 3D printing and design for injection molds allowed me to create a project in the spirit of 'rapid prototyping.' Less than two months passed from the idea to the implementation of the first series of swabs and more than a week of it was taken by the process of intricate electro-drilling of the mold." 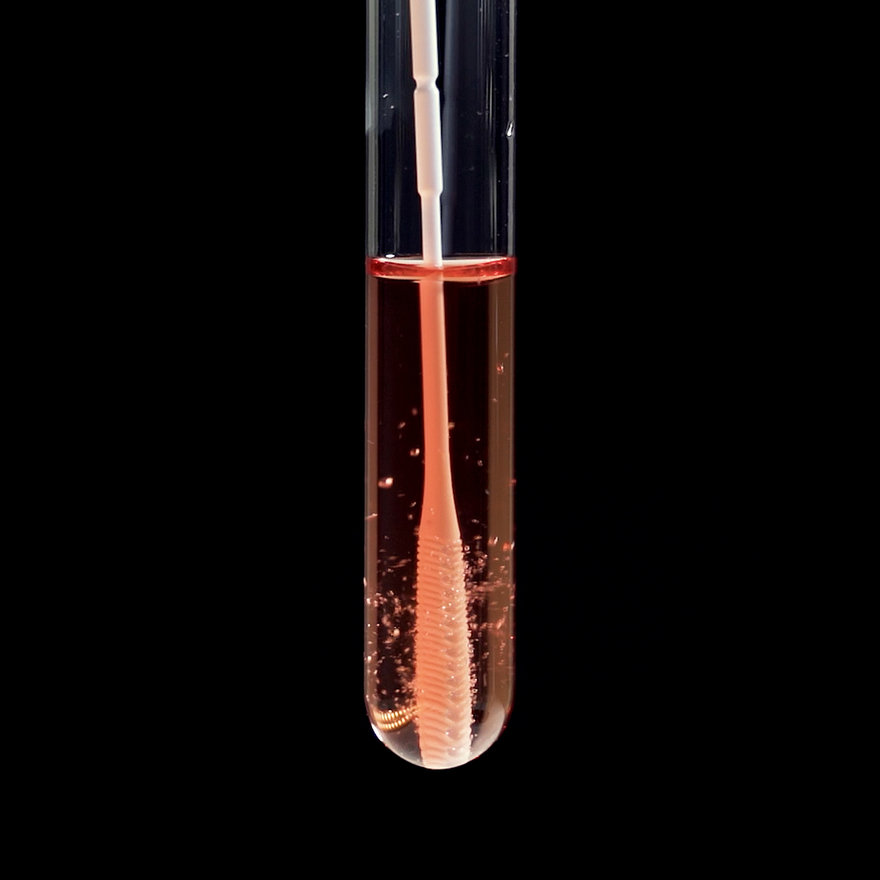 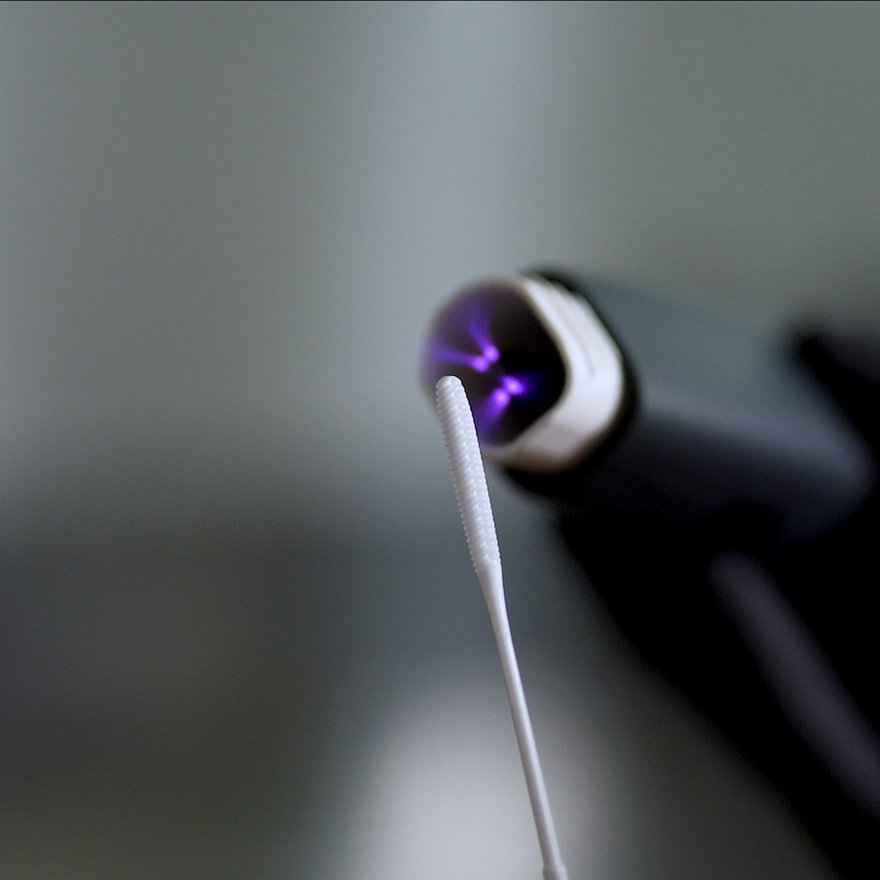 Glowacki's CRN_01 was selected as a finalist in this year's Make Me! Design competition at the Lódz Design Festival.