In 1994, mechanical engineer Tom Clawges drove a BMW 5-series, and found that "the stock cup holders in that particular model were absolutely worthless." Clawges designed his own, and used his knowledge to have it manufactured, figuring other dissatisfied BMW owners might want them too. "They were well received and we sold quite a few," Clawges writes. "Then BMW contacted us and wanted to sell them throughout their dealerships in the US. Within 3 months, we made it on their top-10 list of the most back-ordered aftermarket accessory, ever."

Clawges quit his day job as an engineering program manager and started TEC Engineering, to design and manufacture automotive accessories. This gradually morphed into TEC Accessories, as Clawges found the same thing that current manufacturers of phone cases know: Having to re-tool every time a new model comes along is a pain in the neck. He thus began designing for a more stable market. "Most EDC gear is timeless," he writes, "whereas the shine of automotive accessories will fade as the model year does the same."

Today TEC Accessories sells dozens of little EDC gewgaws, some of them Kickstarted. Most EDC stuff is lost on me, though a TEC object that caught my eye is this positively tiny tape measure made of copper: 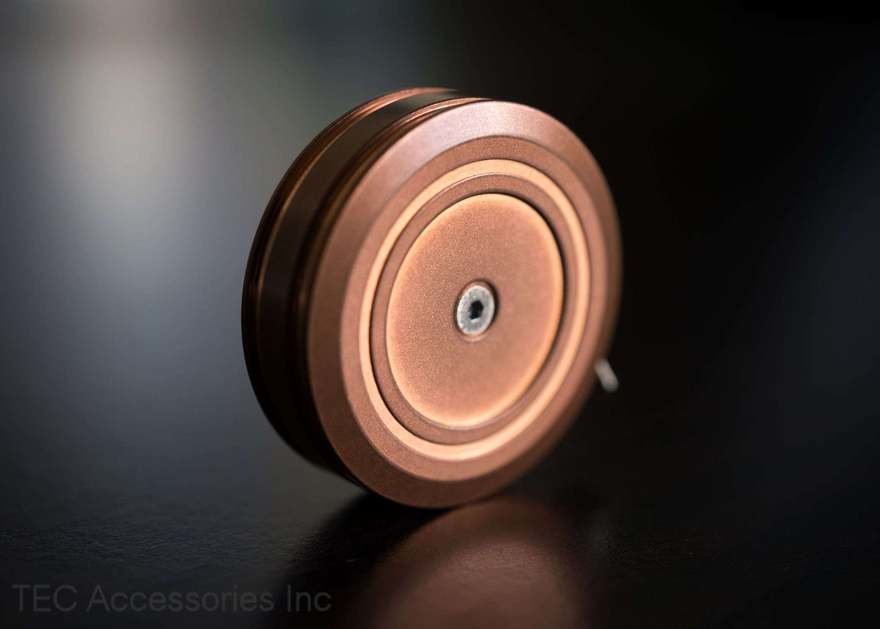 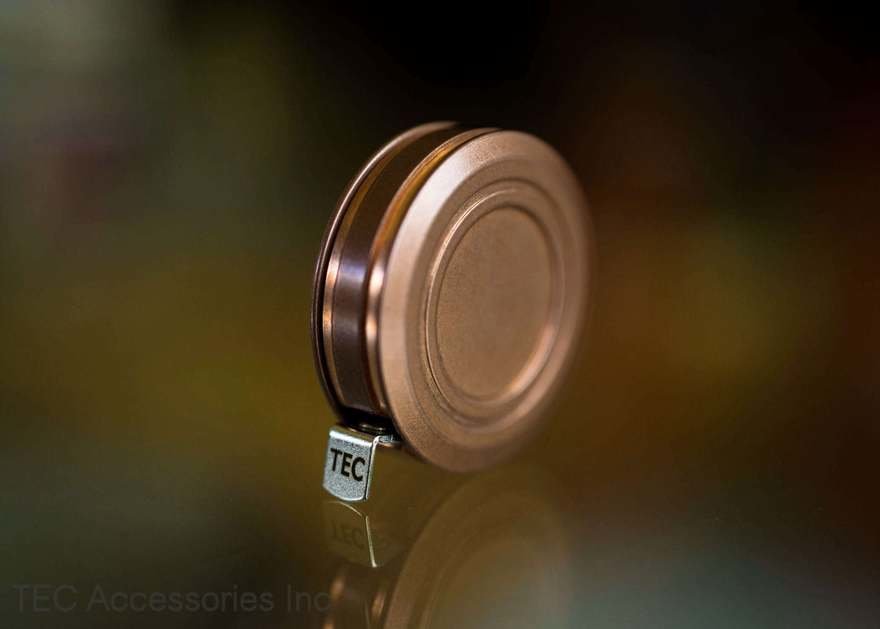 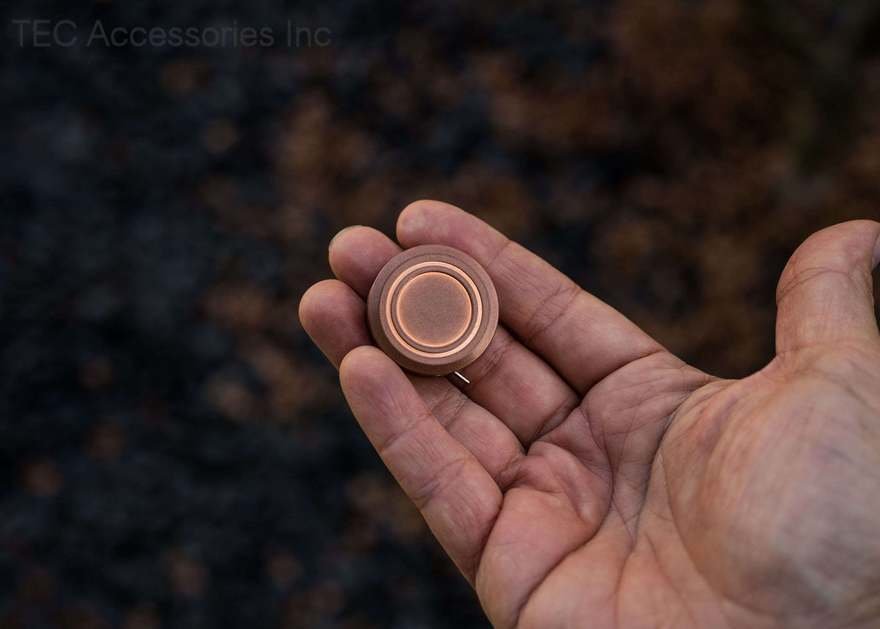 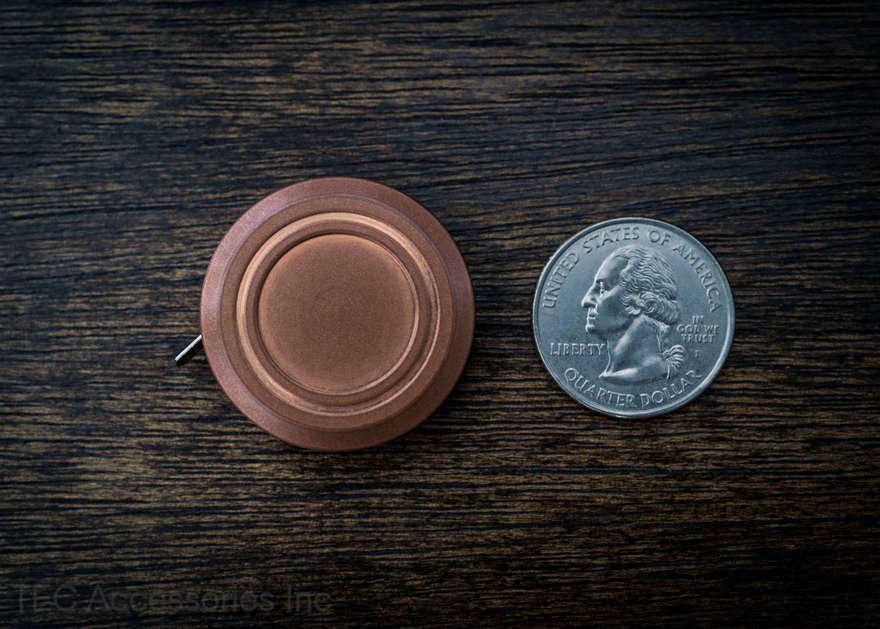 It comes with a 1m/3-foot tape, as well as a backup tape you can install yourself if the first one gets knackered. 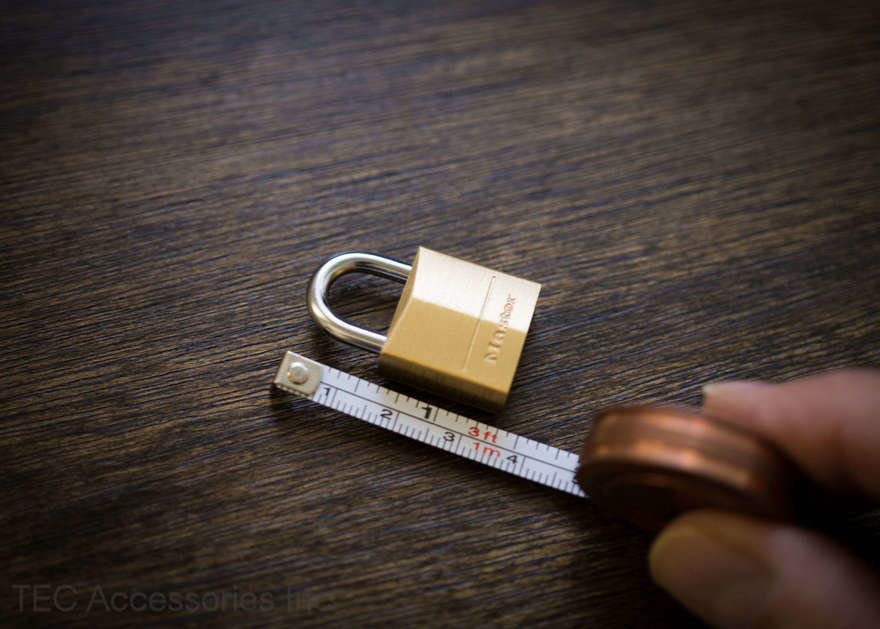 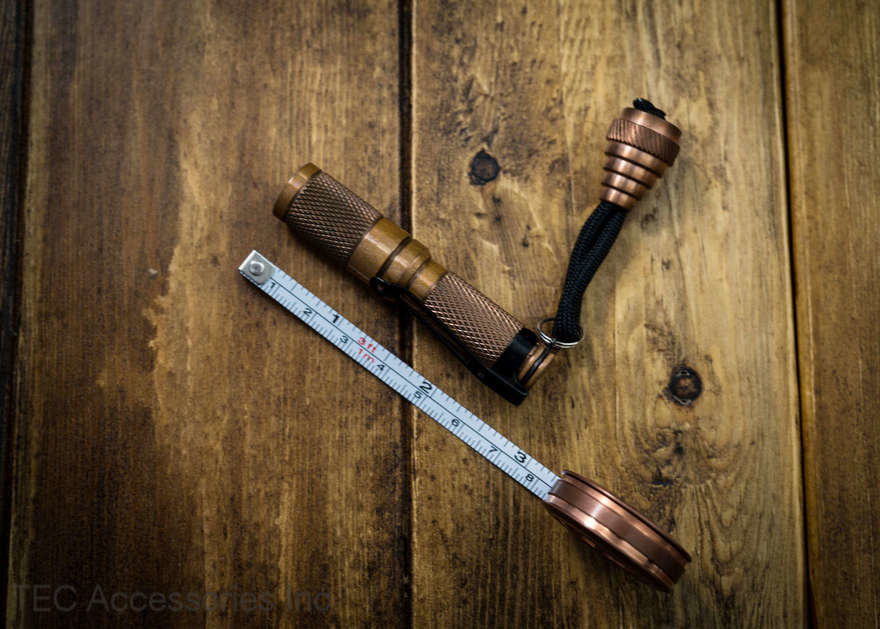 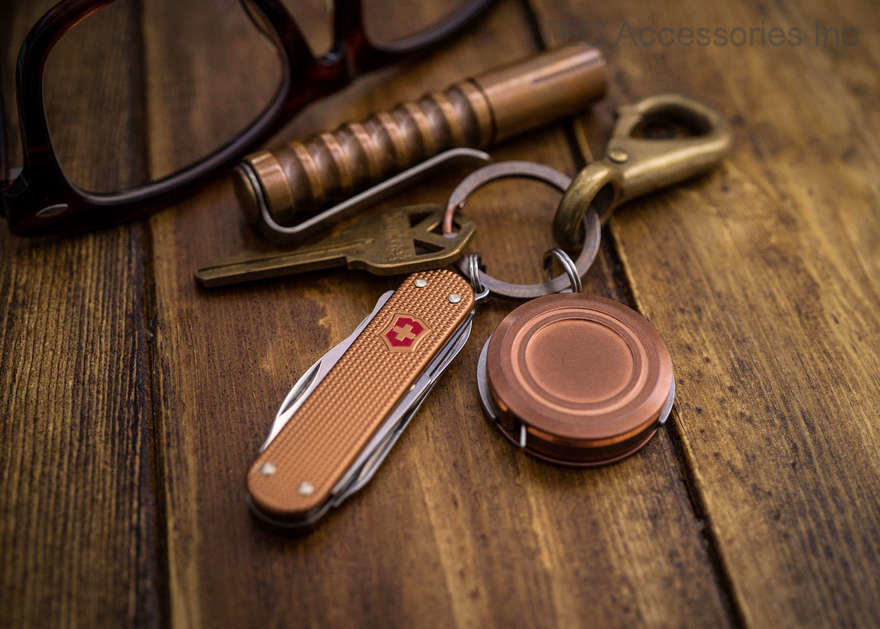 I have no use for such a thing, but find it a handsome little object I want to touch. I don't think I'd ever use it in my (wood) shop, but if I did more sewing, I'd probably find it handy on the cutting table.