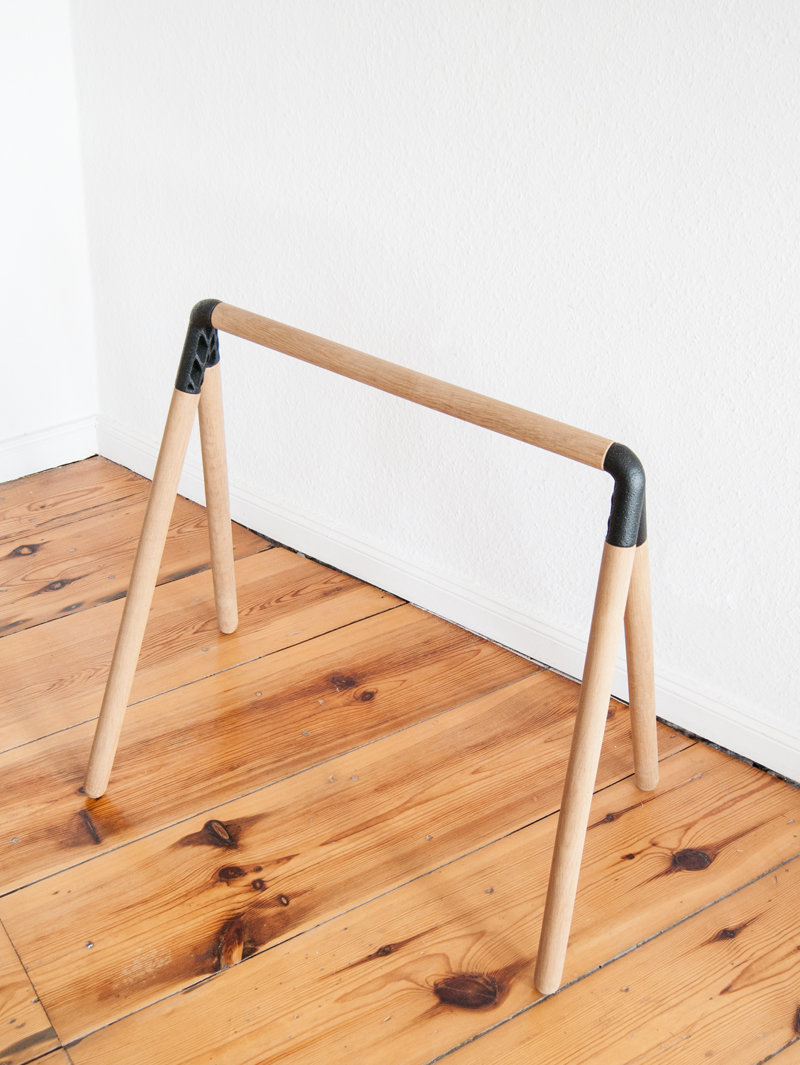 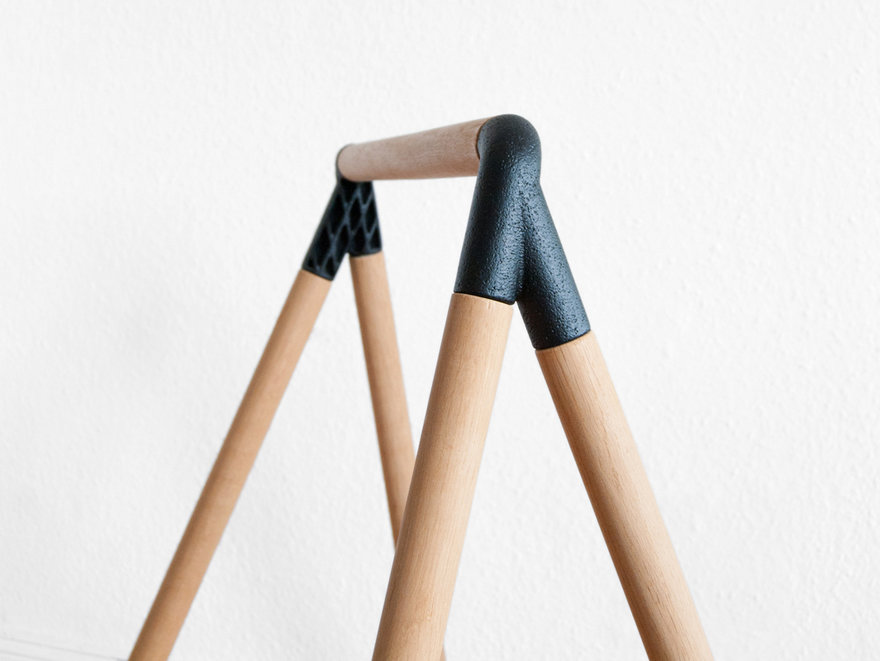 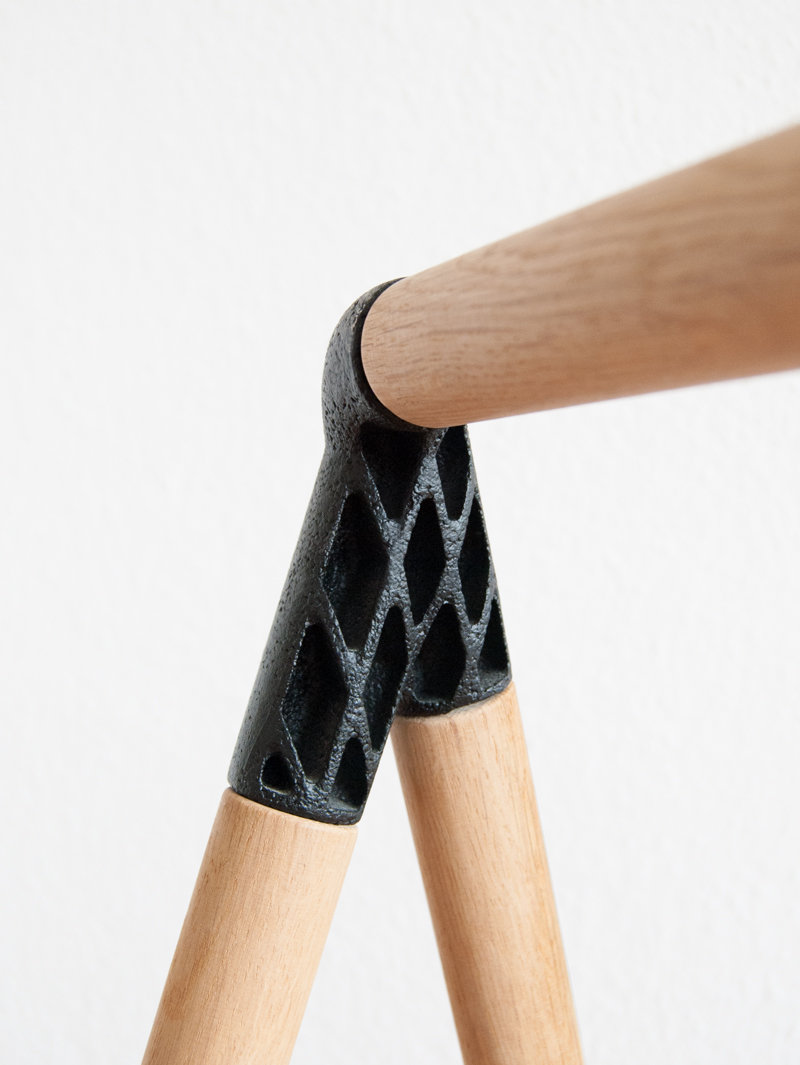 The connector is designed to be cast in a two-part mold. "The layout of the excavations follows the angles of the legs," writes Kaimer, "yet creates an original independent structure." 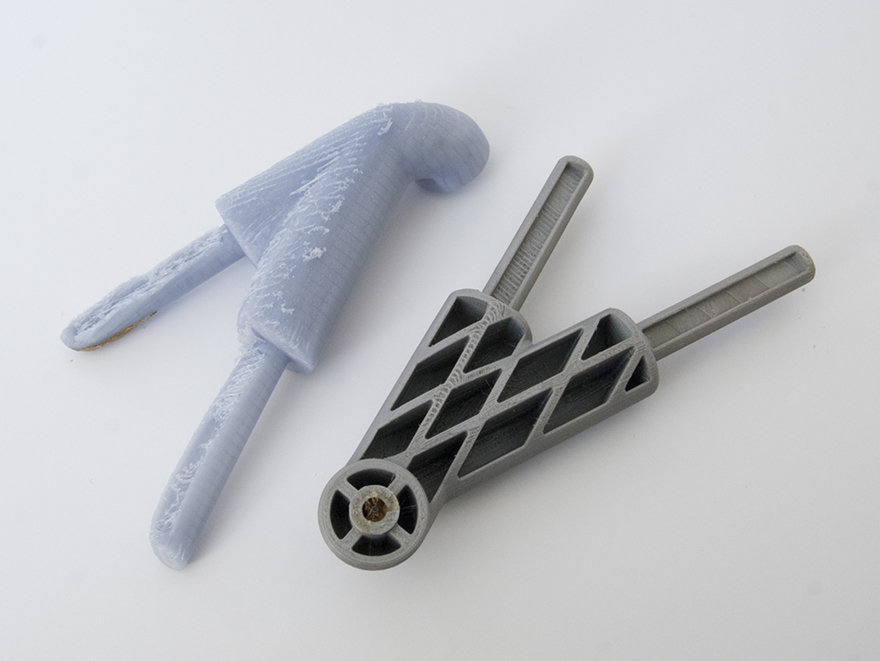 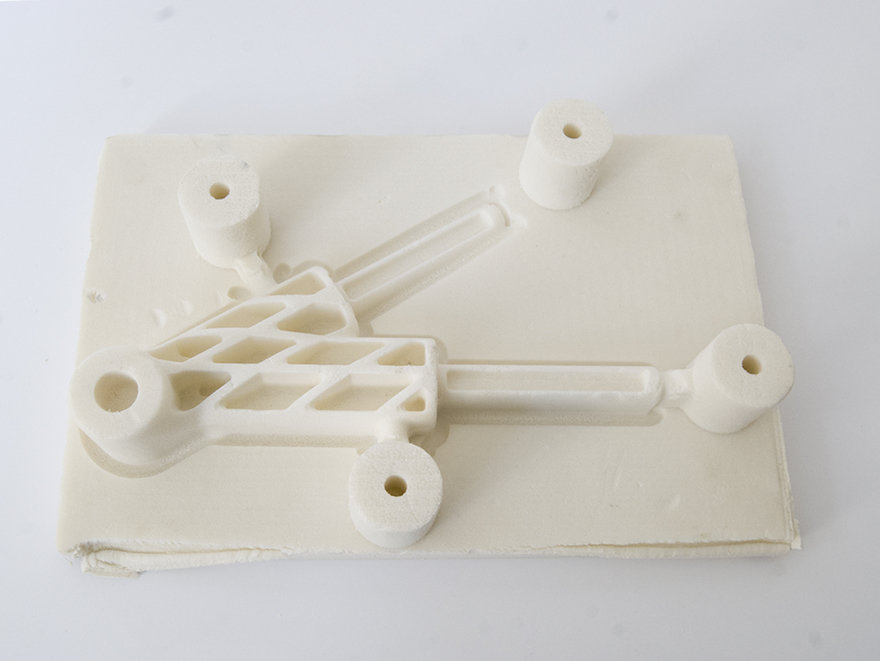 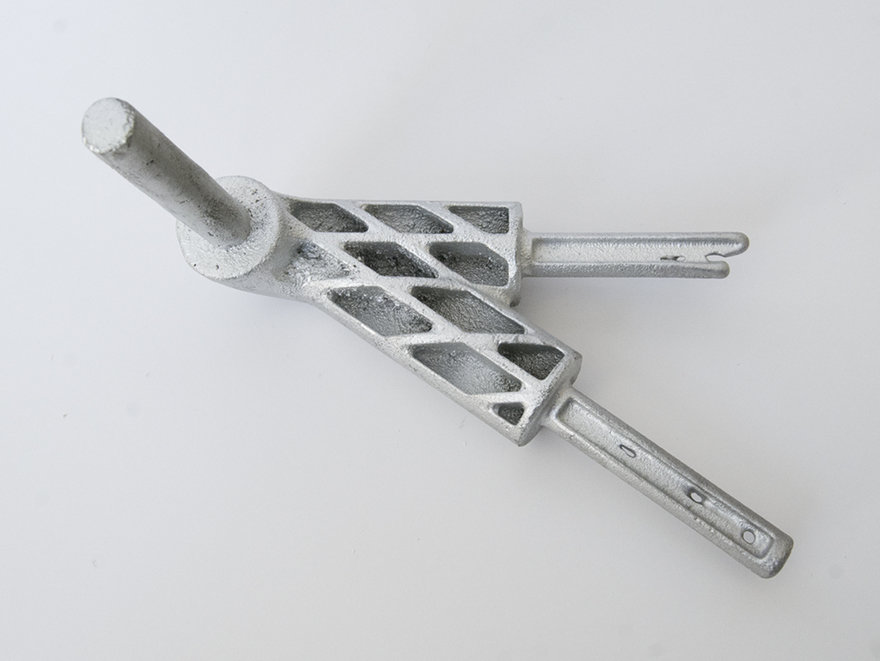 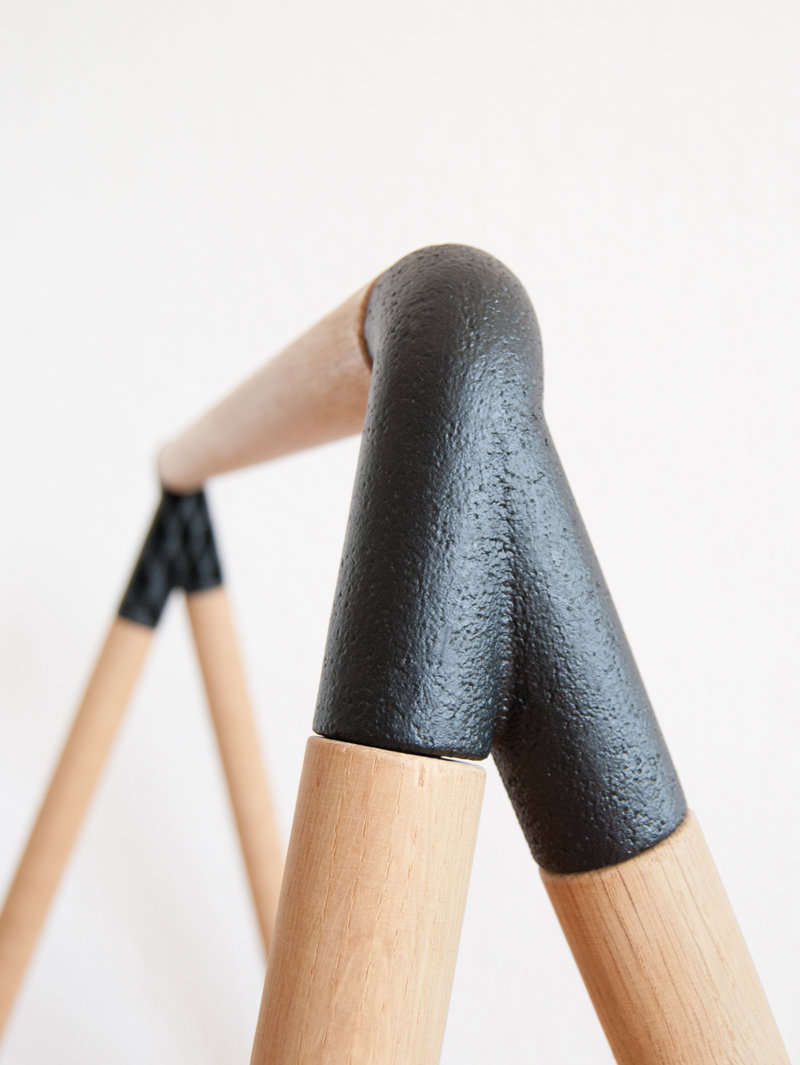 "In a pair of two together with a tabletop, the trestles serve as a desk," Kaimer writes. "As a solitary object it's a decent and sculptural valet." 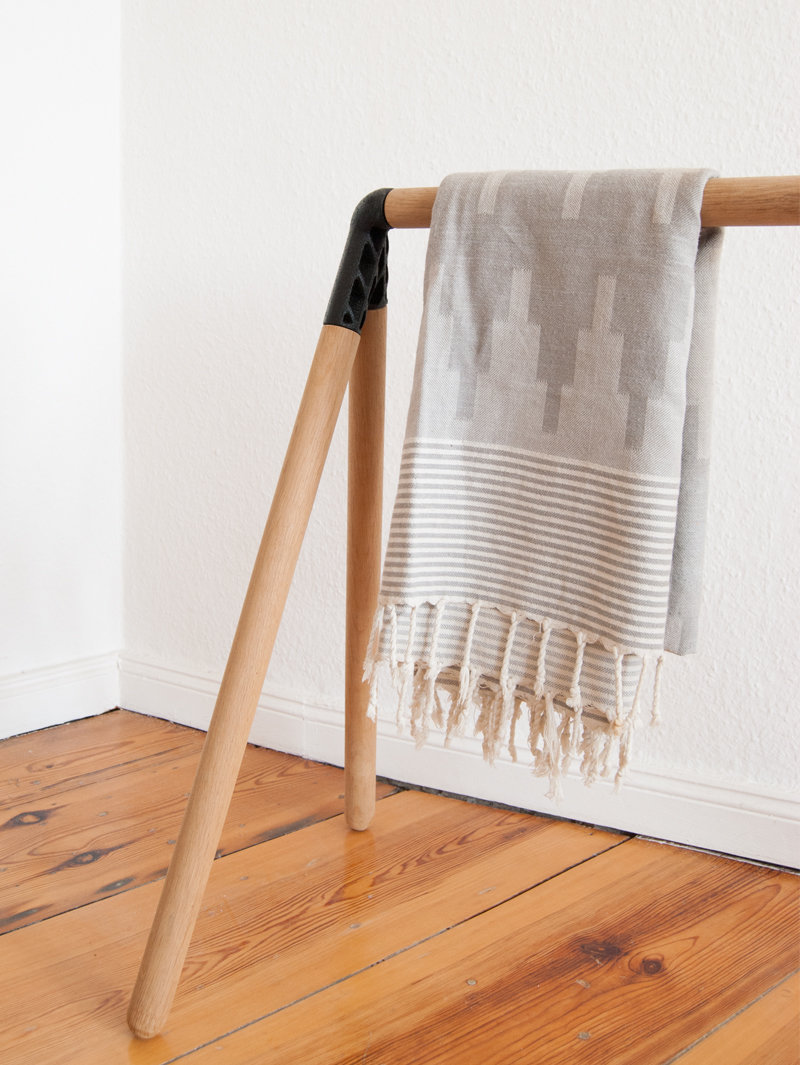