Most of Axon International's ethics advisory board have resigned

Rick Smith didn't invent the taser—that credit goes to NASA researcher Jack Cover—but Smith did start the company, TASER International, to commercially produce the nonlethal weapon in 1993. Smith was motivated to start the company after losing two friends to gun violence. His friends, he testified in a court case, were killed by "a guy with a legally licensed gun who lost his temper."

In 2019 Smith wrote a book, "The End of Killing," which lays out an argument for developing nonlethal technologies that would, in theory, remove murder as an option.

"We are on the cusp of a world in which killing is neither required nor acceptable. That change won't come by way of stricter gun control laws. No, what holds us back from making an overdue and necessary shift in how we think about weapons is our skepticism about new technologies and their potential."

What kind of technologies? Well, Smith is still CEO of the company he started, though the name has been changed to Axon. And last week, after the horrific mass shooting at a school in Uvalde, Texas, Smith unveiled a proposed solution:

Smith describes it as "a non-lethal, remotely-operated TASER drone system [that's] part of a long-term plan to stop mass shootings." The idea is that these would be on standby at the locations that want them, and constantly monitoring using "AI-powered persistent surveillance." Within 60 seconds of a threat being detected, a "highly trained" remote pilot would fly the drone using VR goggles and tase the shooter. 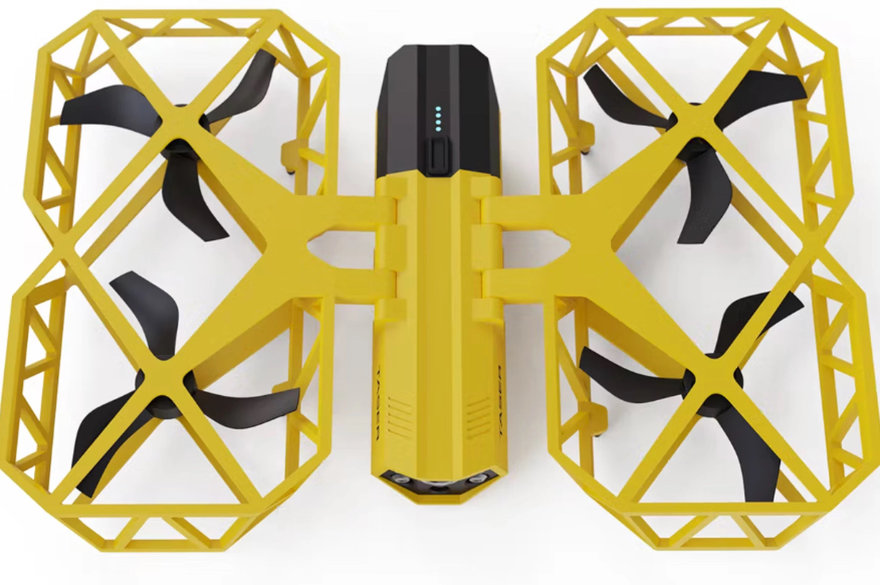 Smith announced the drone last week. The following day, Smith participated in an "Ask Me Anything" on Reddit, which you can read here. Spirited debate ensued.

This week, nine of the 12 advisors on Axon's AI Ethics Board resigned to protest the ongoing development of the drone. As they wrote in their statement:

"For years the Board has warned Axon against the use of real-time, persistent surveillance in its products. Yet, Axon has proposed a degree of surveillance that is sweeping. This type of surveillance undoubtedly will harm communities of color and others who are overpoliced, and likely well beyond that. The Taser-equipped drone also has no realistic chance of solving the mass shooting problem Axon now is prescribing it for, only distracting society from real solutions to a tragic problem.

"We all feel the desperate need to do something to address our epidemic of mass shootings. But Axon's proposal to elevate a tech-and-policing response when there are far less harmful alternatives, is not the solution."

Does anyone have any viable ideas?