A Twist on the Conical-Cocktail-Glass-and-Chilled-Base Set

Credit for the original goes to industrial designer Dan Chelsea

Industrial designer Dan Chelsea designed a unique martini glass that the MoMA Design Store started selling, years ago. Chelsea was one of my ID professors back in the early '90s, and he told our class how he came up with the idea.

He had been traveling through Italy, and in a remote part of the countryside, found a small restaurant and tried to order a martini, straight up. They had never heard of a martini, nor the "up" concept. Chelsea did his best to communicate how to make one, stressing that the glass had to be chilled, that the drink had to be very cold, but that there shouldn't be any ice in the actual cocktail.

They ended up bringing it to him in a glass sitting in a bowl of ice.

When Chelsea returned to the 'States, he designed this:

Today this is no longer carried by the MoMA Design Store, and has been knocked off by numerous other manufacturers, including a certain famous retailer who ships things in Crates: 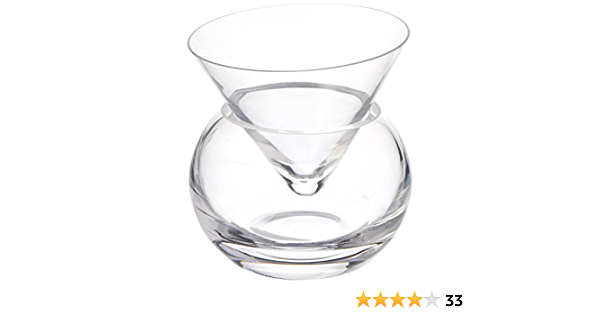 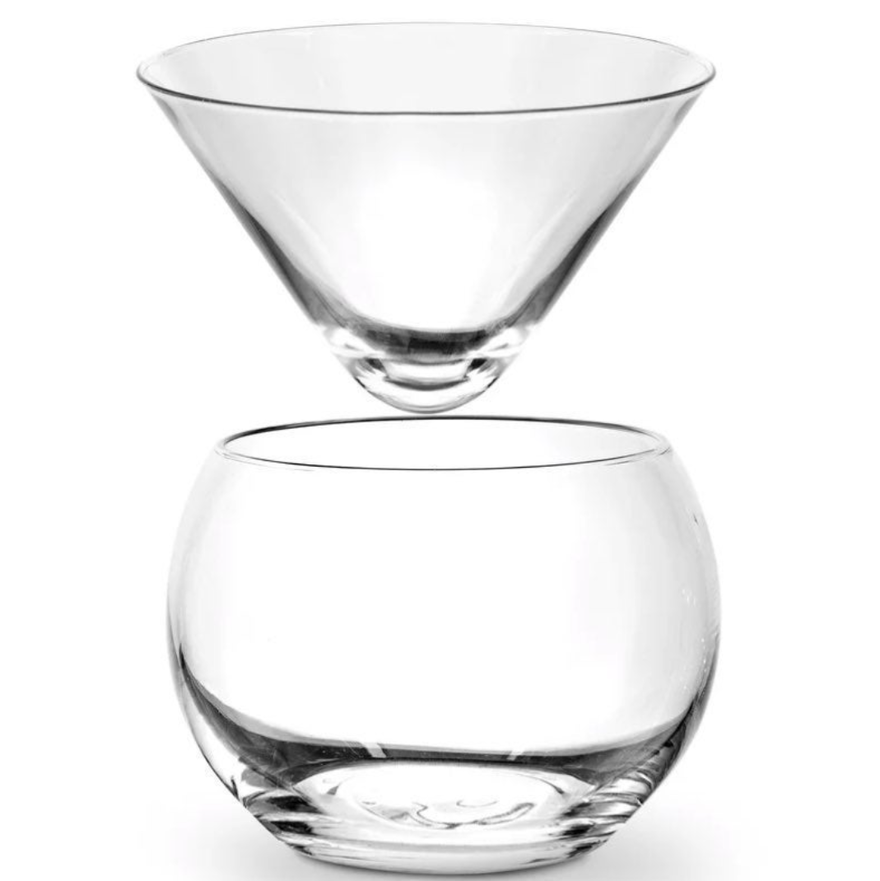 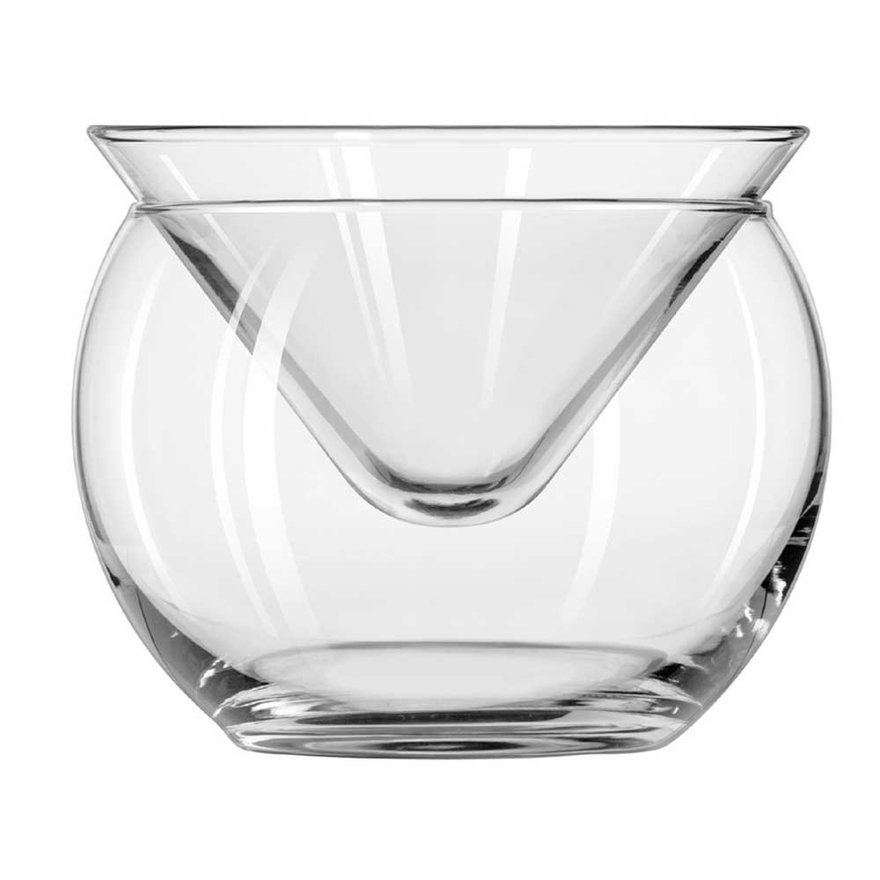 Now a manufacturing engineer named Tyler (no last name given) has designed a twist on this: 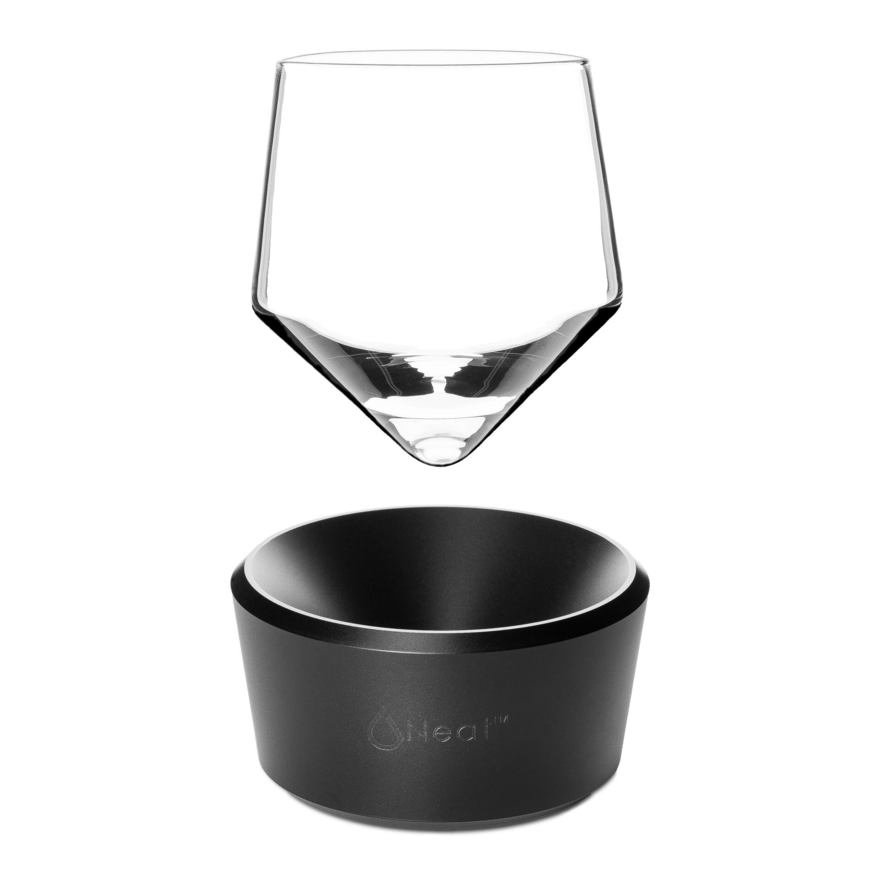 That's the Neat Whiskey Glass Tumbler and Chilled Coaster, which does away with the ice altogether. The idea is that you stick the base, which is made of aluminum, in the freezer and pull it out when you're ready to have a drink. 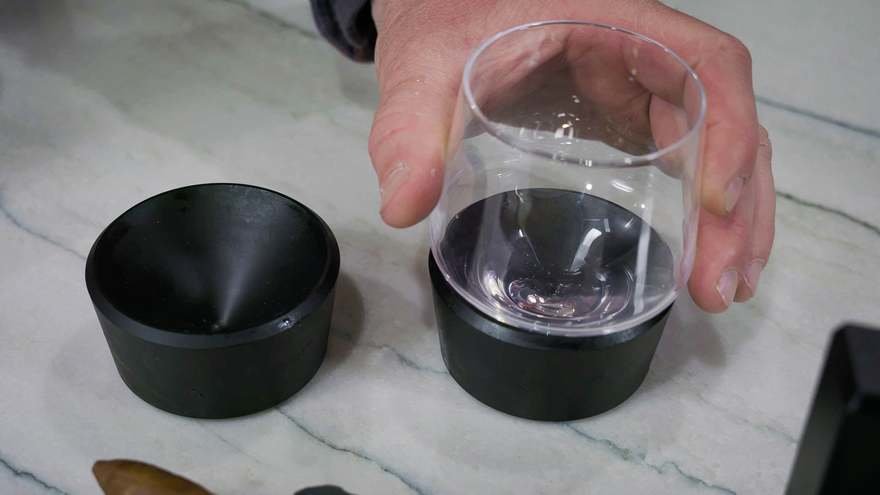 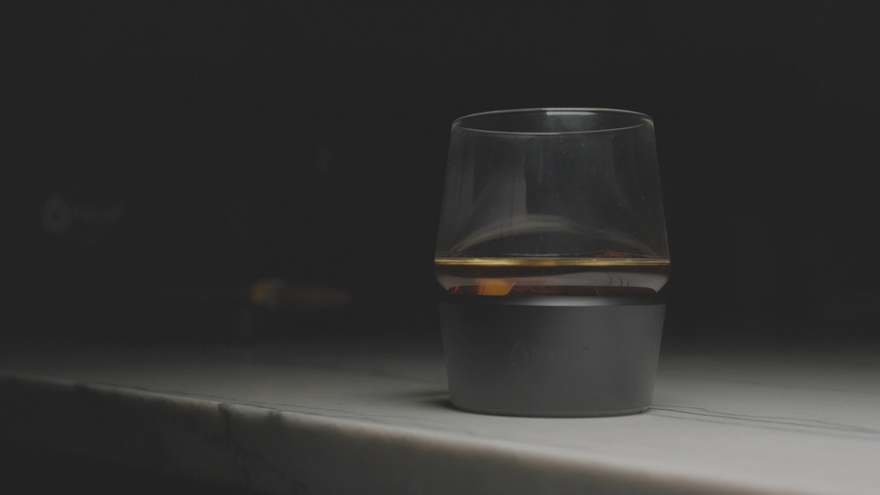 I'm not sure how much better this is than just sticking your glass in the freezer, but I'm not going to spend $55 to find out. I'll wait until the product is released (a Kickstarter is pending) and read the reviews out of curiosity.

By the bye, a note about bar terminology:

This is a long time ago, but prior to entering ID school I worked as a bartender in New York. The patrons were mostly older men drinking by themselves, to clue you in to the establishment type. The bartender who trained me was an old-school guy named Jimmy, and he taught me that "on the rocks" meant on-ice, "neat" meant you didn't do anything to the drink (i.e. you served it room temperature) and that "straight-up" meant you served the drink chilled, but with no ice in the glass. I've found that this understanding varies—perhaps it's a generational thing—but the name of this product wouldn't have tracked with Jimmy.