The Streek Active Cargo Trike is a compact cargo e-bike specifically designed for the Japanese market. For reasons of both storage and navigation, European- and American-sized cargo bikes aren't a good fit, literally, for the space-tight country. In contrast, Streek is just 1.9m (6'3") long, about the length of a regular bicycle, and just 0.6m (<2') wide. 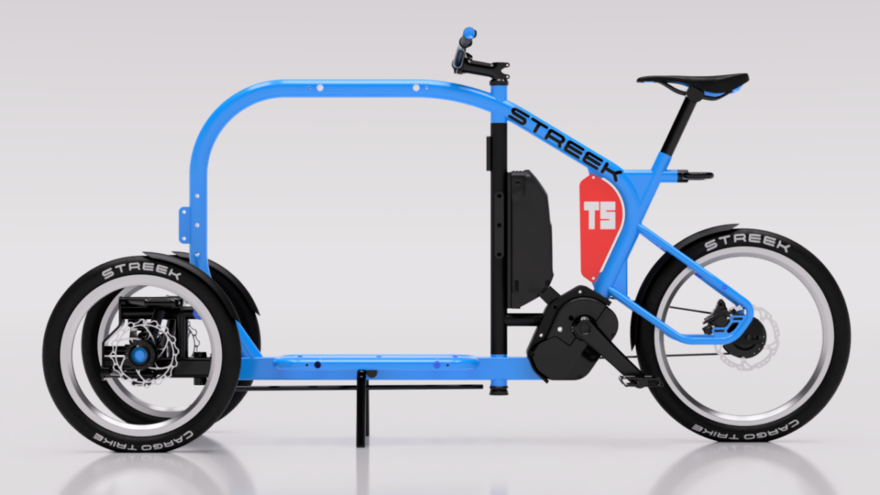 It also has an innovative design feature: The unique loop-like frame allows it to be kitted out with a second storage rack if you're not carrying something bulky. "Bags and small items can be used in the upper part, which can be reached while riding, and heavy items and large luggage can be used in the lower carrier," writes startup developer Stroke Design. 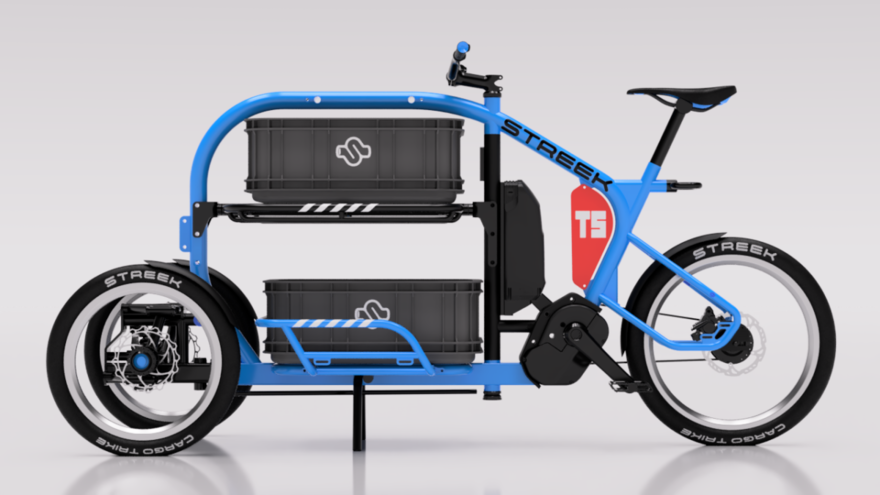 "STREEK's unique large cargo space near the center of the vehicle is not easily affected by the load weight, and its low center of gravity and 3-wheel long wheelbase configuration enable stable transportation that is unmatched by conventional bicycles." 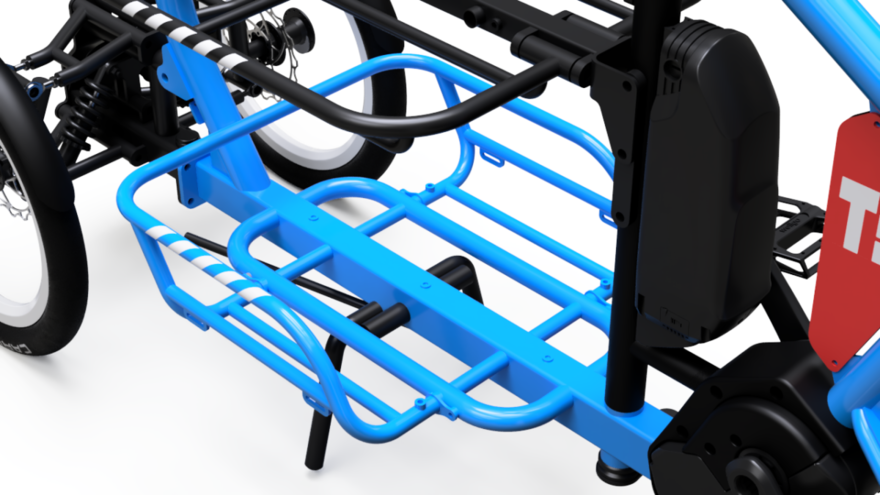 The spread of the front wheels means your view of them won't be blocked by the cargo, so you can easily monitor road obstacles and steer around them. All three wheels are electrically assisted, with 18-inch wheels in the front and a 20-inch wheel in the back. 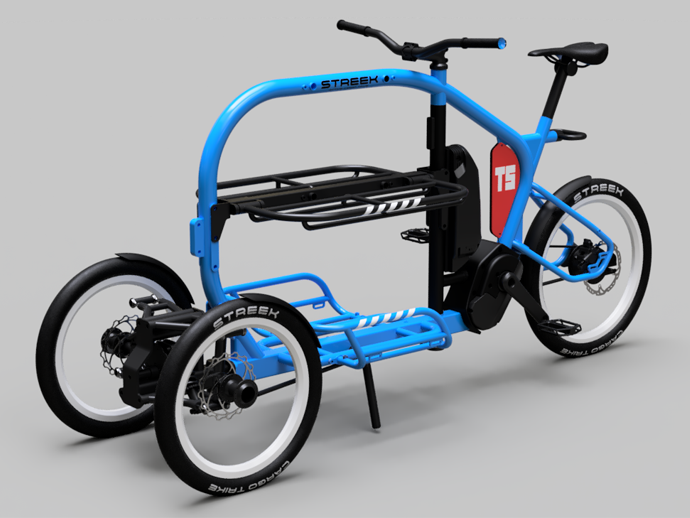 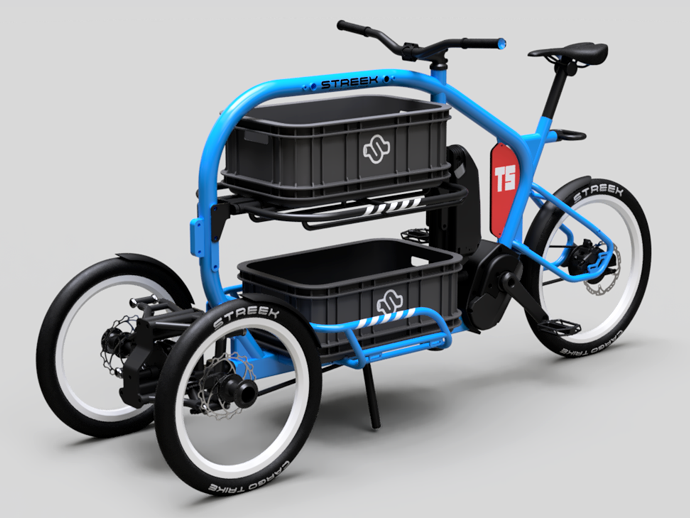 "Left and right independent suspension system enables stable running even with heavy objects on it. It is possible to stop reliably with the powerful front and rear three-wheel disc brakes. The suspension has a self-supporting mechanism, and it is possible to get on and off and load and unload luggage without using a stand. (* It is recommended to use a stand for safety when loading and unloading heavy loads.)" 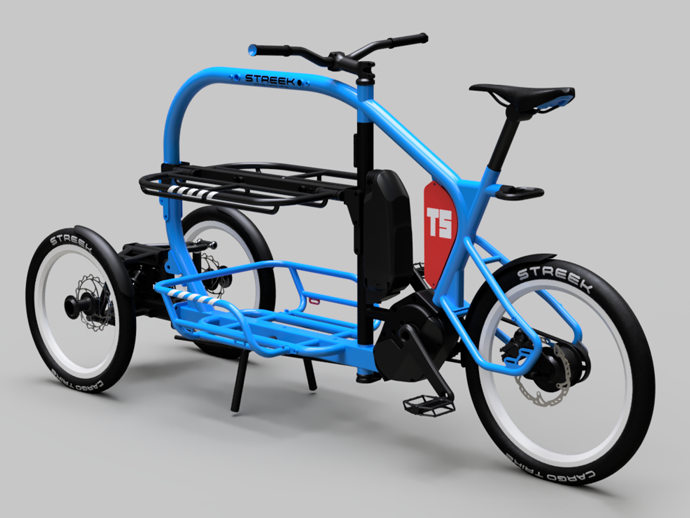 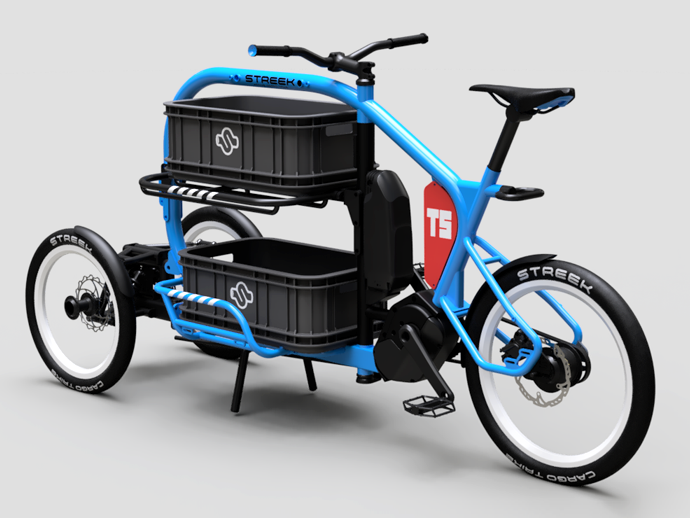 The Streek was supposed to be in production by now, but the company has had to push the launch date back given supply chain delays.

The images you see above are all renders, but here's video of a prototype in action: