Hay is re-releasing Swiss industrial designer Bruno Rey's handsome Rey Chair, which first went into production in 1971. (Originally called the 3300, the chair took on its designer's name as it grew in popularity.) 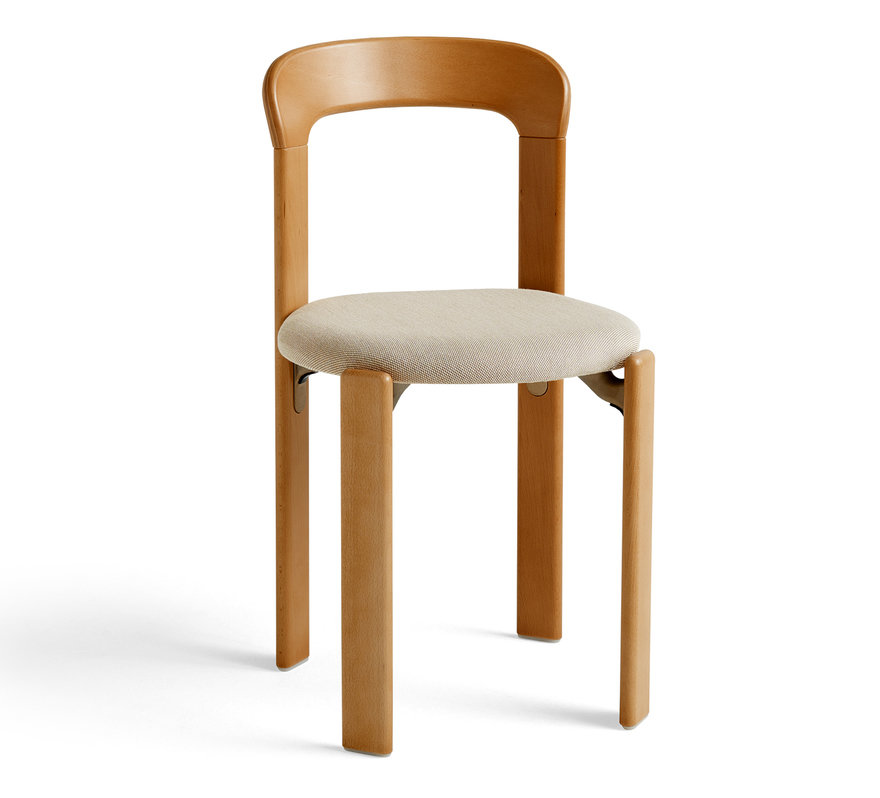 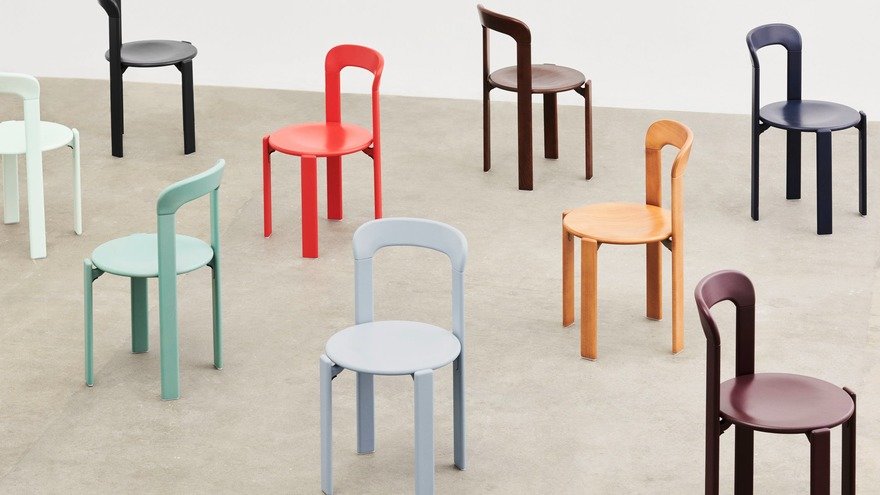 Stool, barstool and table variants round out the Rey Collection. 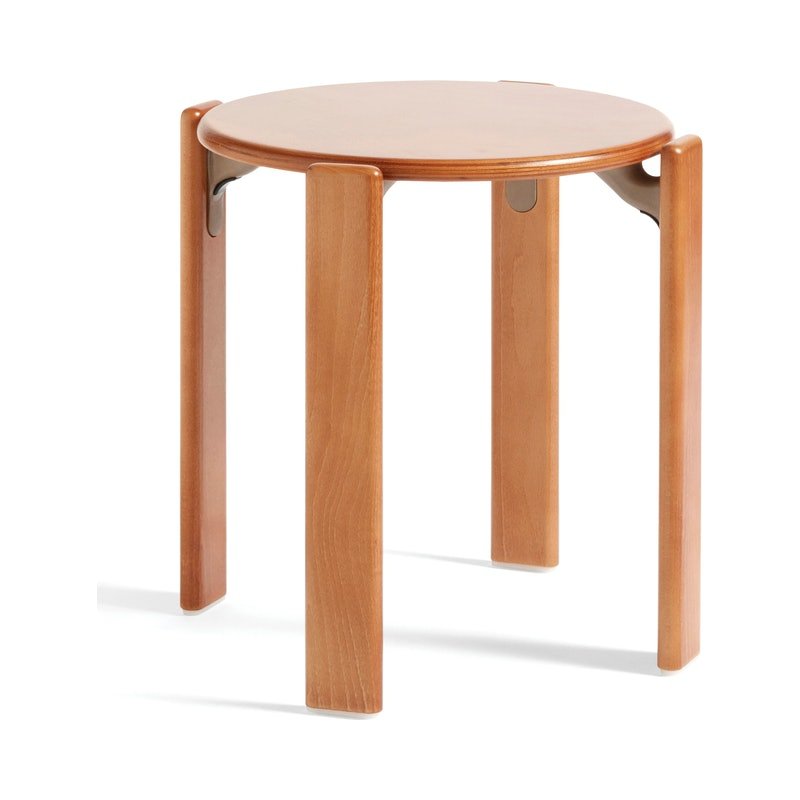 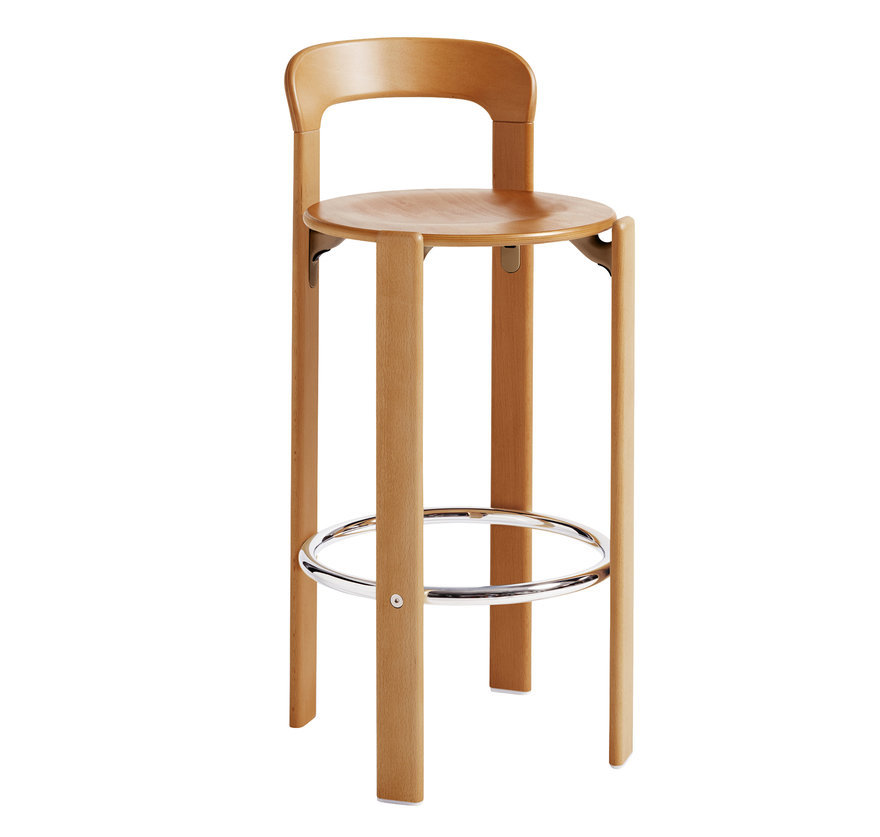 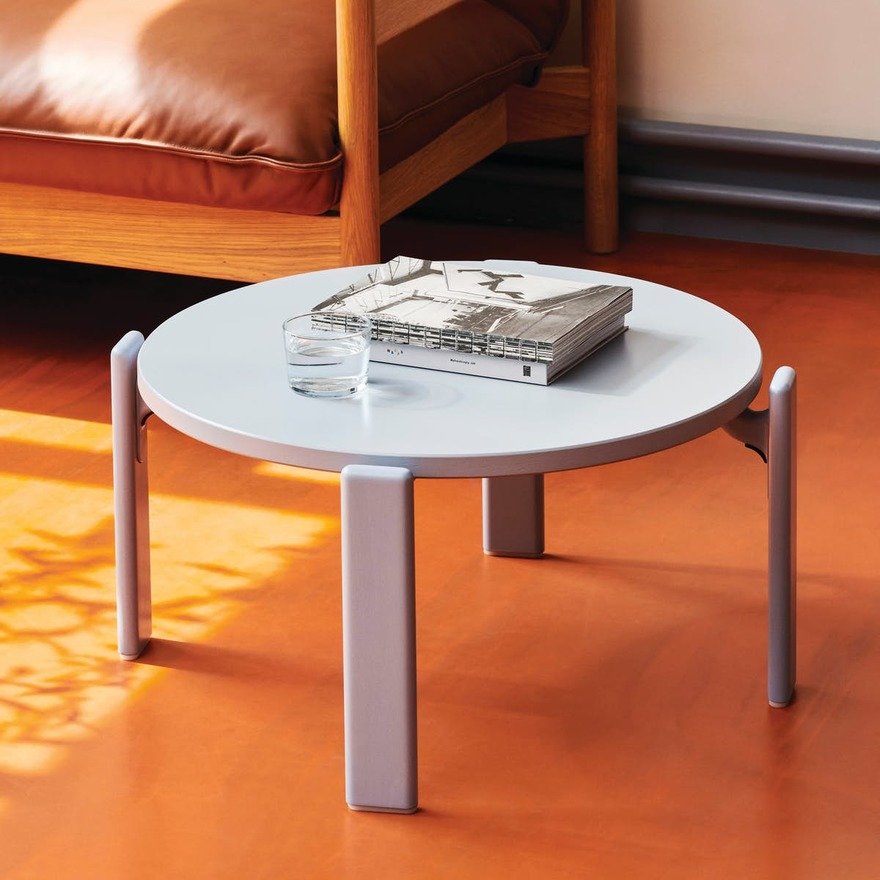 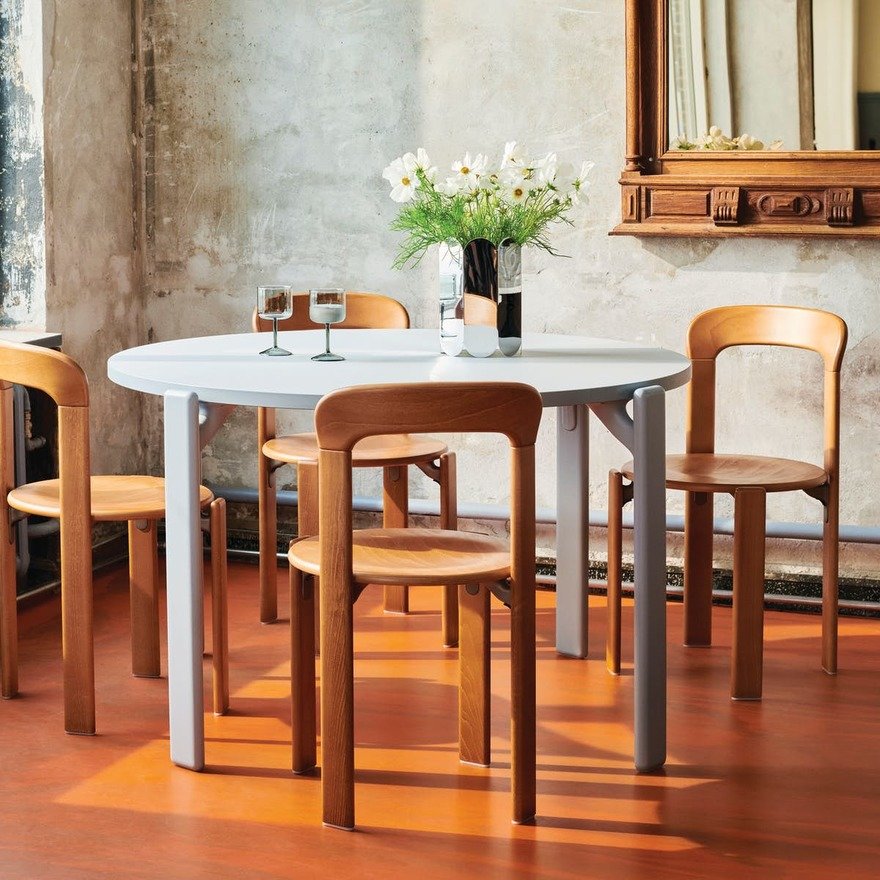 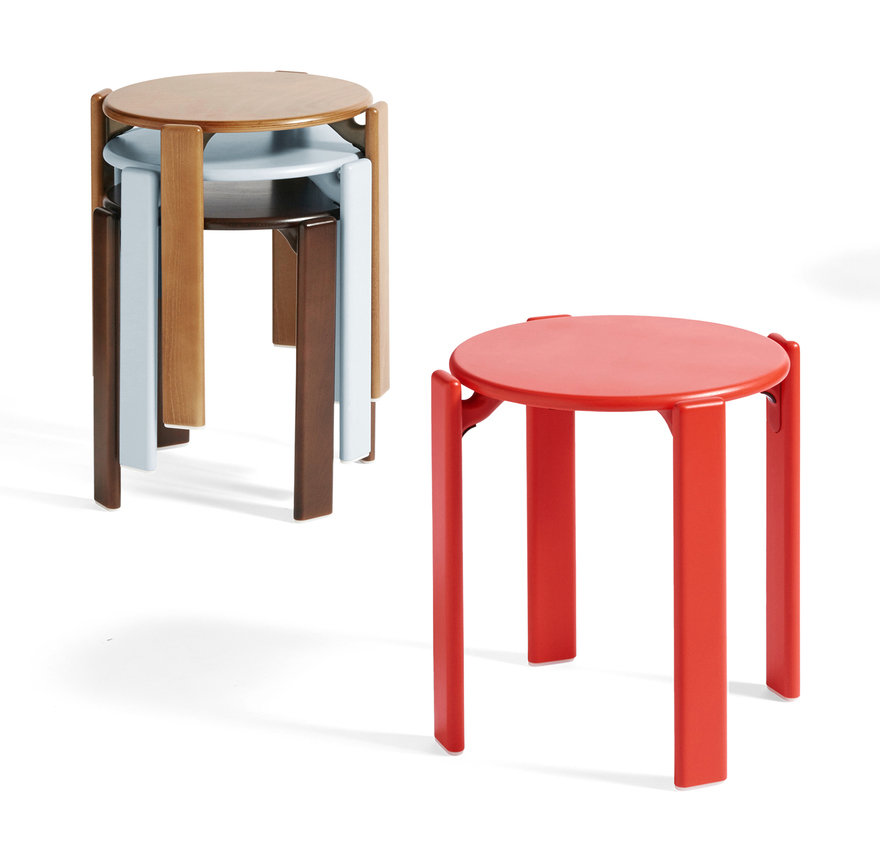 The press release, and every design blog parroting it, mentions the chair's "innovative screwless production process," but no explanation of what this entails is mentioned. I poked around a bit and found this description, but no explanatory image, from the Museum für Gestaltung Zürich:

"The most successful piece of Swiss seating furniture of all time is based on an invention patented in 1972. [Bruno Rey] had been working for some time on an alternative to the conventional wooden frame chair. In his design, the chair legs are joined to the self-supporting seat by means of a bonded aluminum console that was handmade using sand casting in 1970/71 and afterward produced using the gravity die casting process."

Here's a shot of an original 3300 for sale on vintage furniture website Design Market, where you can see the "consoles," i.e. connectors, but again no description is given of how they're attached: 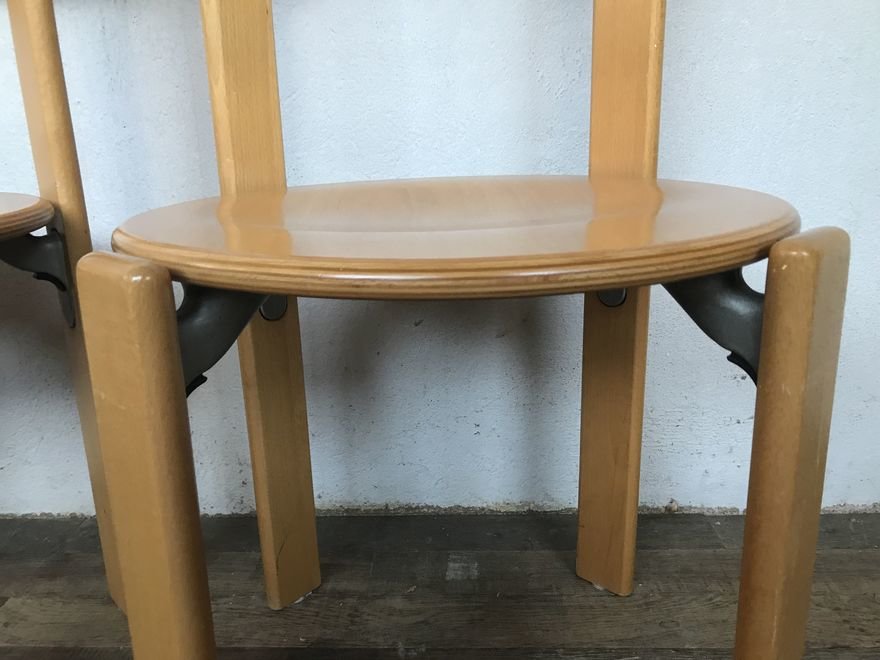 These fuzzy shots of the child's version of the 3300 from Circa Vintage on Facebook provide a little more visual clarity, but no text description: 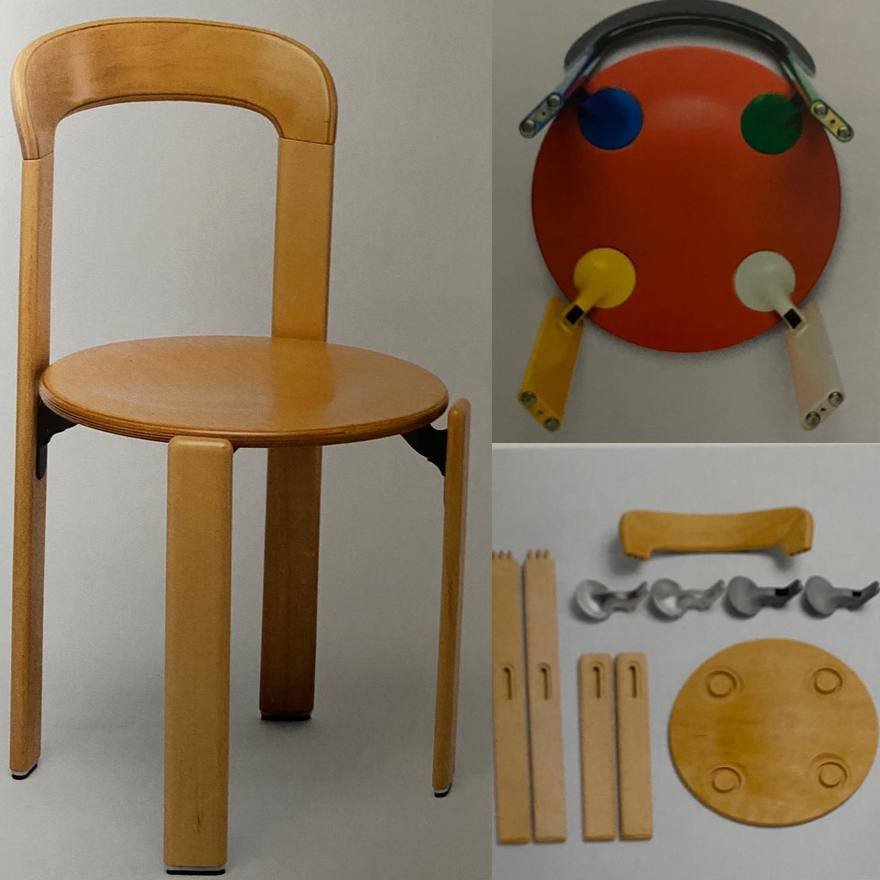 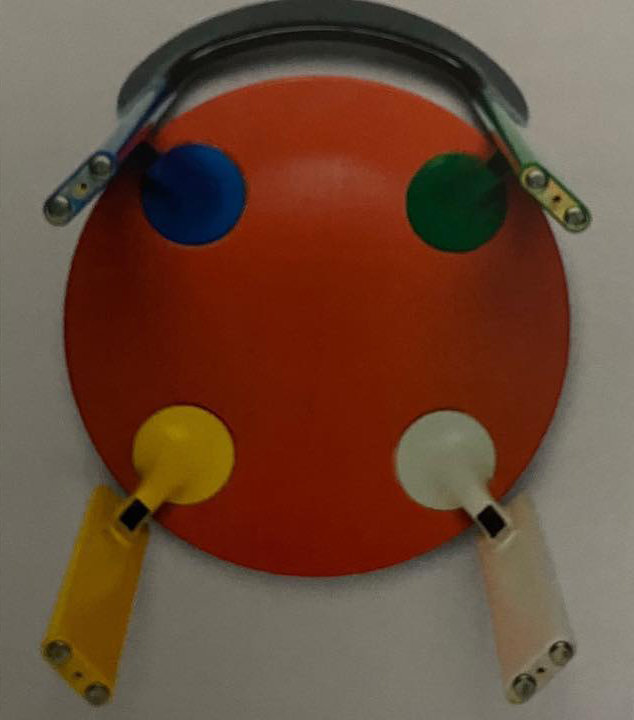 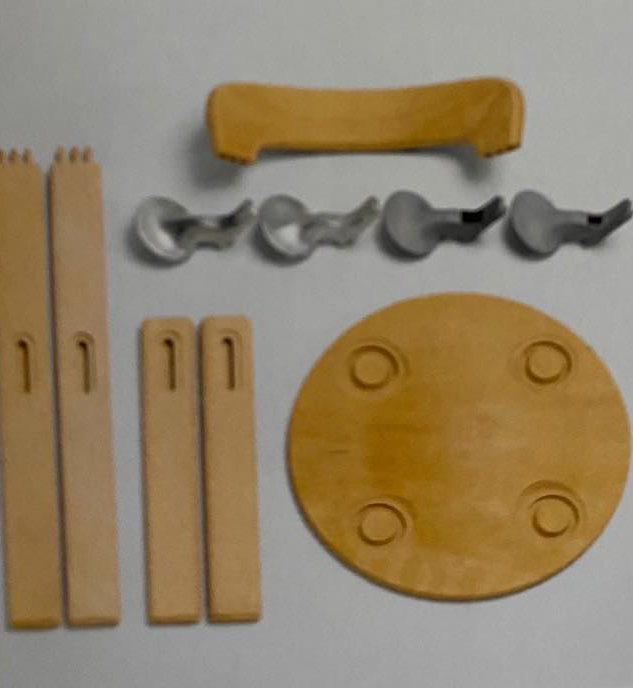 We can see that the wood has been routed to accept the connector, but what the heck holds it in place? Finally I found these images on Organ, a Japanese retailer of vintage furniture and objects: 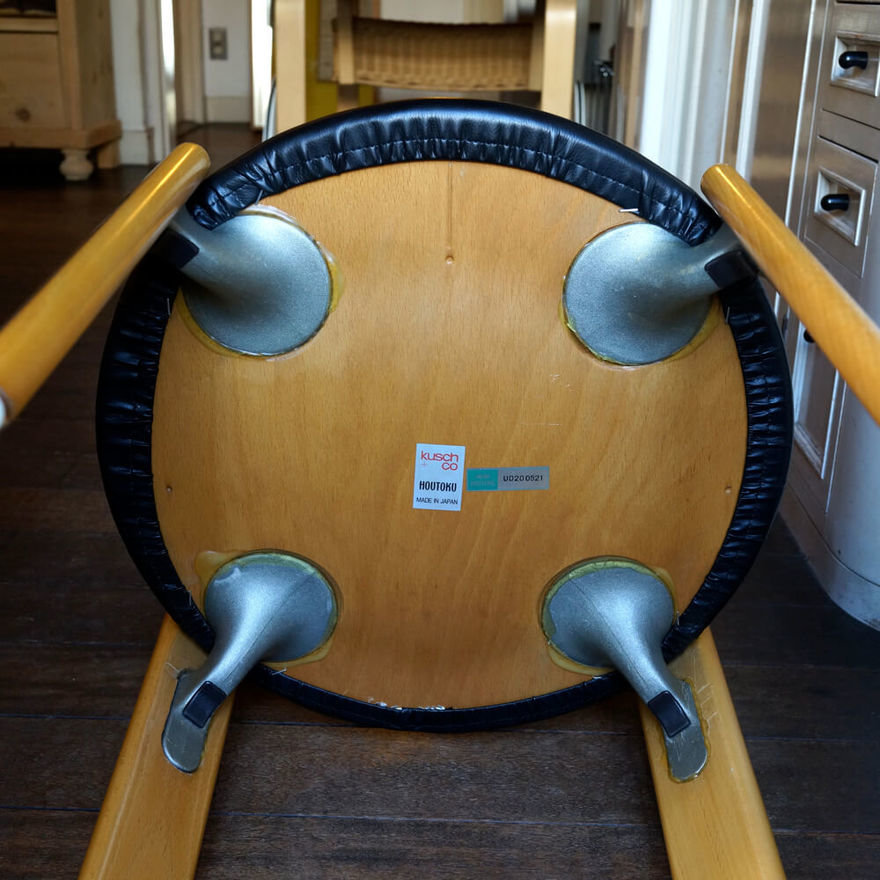 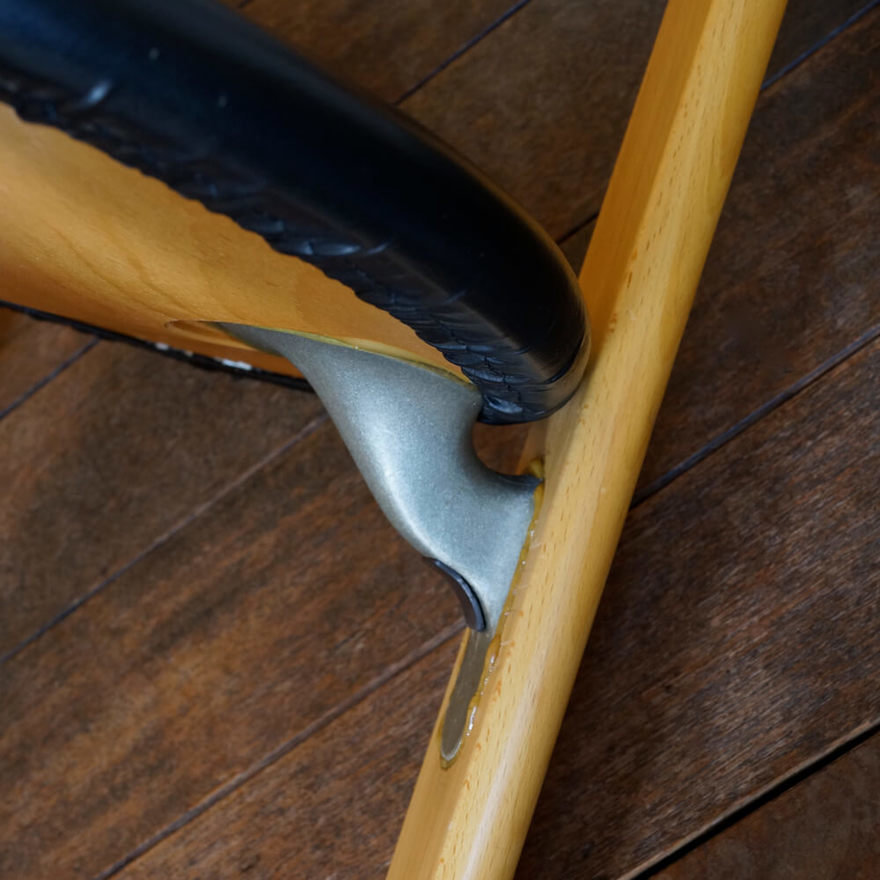 It appears that the connectors are simply glued in place. Puzzlingly, however, I found one shot in Hay's image bank that shows the connector at the bottom, and we see this: 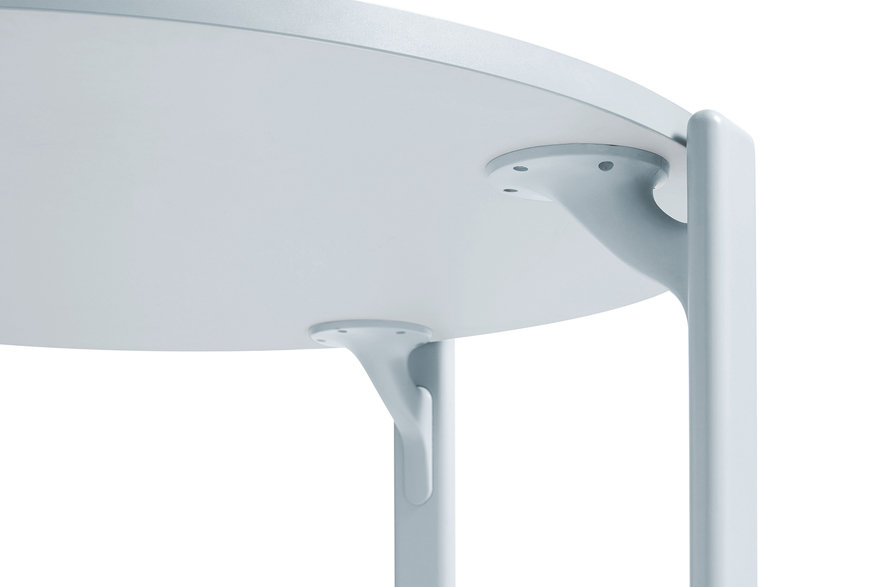 Those look like screw holes, no? I swear I can almost see a glimmer of a screwhead in the top left hole. 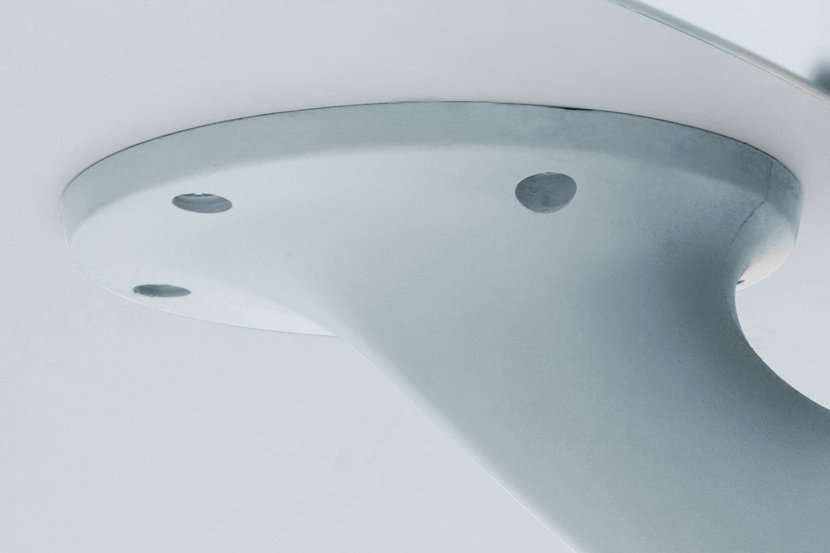 In any case, I reached out to a PR rep to see if they have a shot of the chair disassembled, which might provide some clues. Will update this post if I hear back.