Here's what it looks like to fly to work

As usual, the future has arrived looking a lot different than what we'd envisioned. Flying cars were promised, but as it turns out, the most workable personal flying device is a carbon-fiber bathtub mounted in a tubular aluminum frame with four arms each supporting two counter-rotating rotors. That describes the Jetson ONE, "a commercially available personal electric aerial vehicle that you can own and fly," Jetson writes. 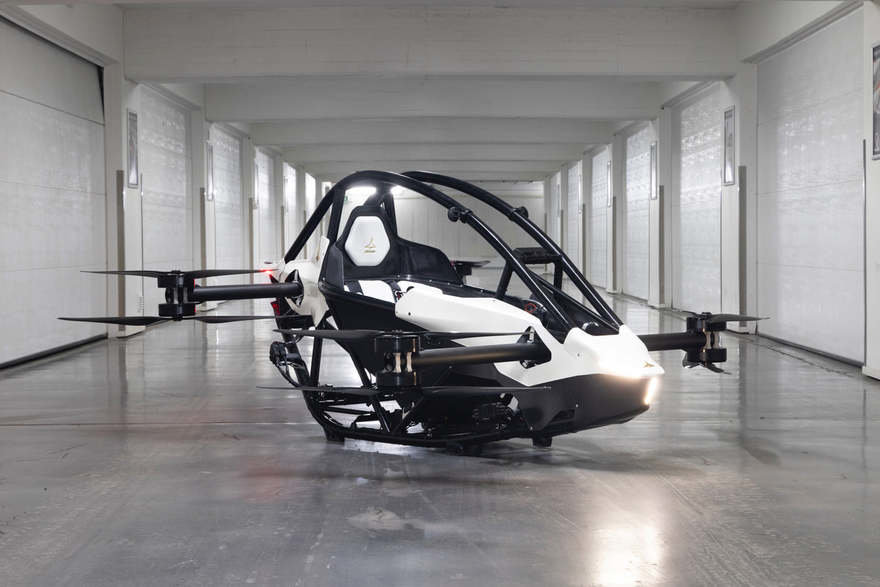 In a shockingly short three years, the Swedish company has gone from producing their first prototype to selling out 2022's production models. They're already taking orders for 2023, bringing their total production count up to 174 units. A $22,000 down payment gets you on the list, and then you've got to cut a check for a further $70,000 once your order is ready to ship. "The Jetson ONE is delivered to you in a partially assembled state, where you complete the build," the company writes. "No special tools are needed. If you receive your Jetson at lunch, you will be flying before dinner." 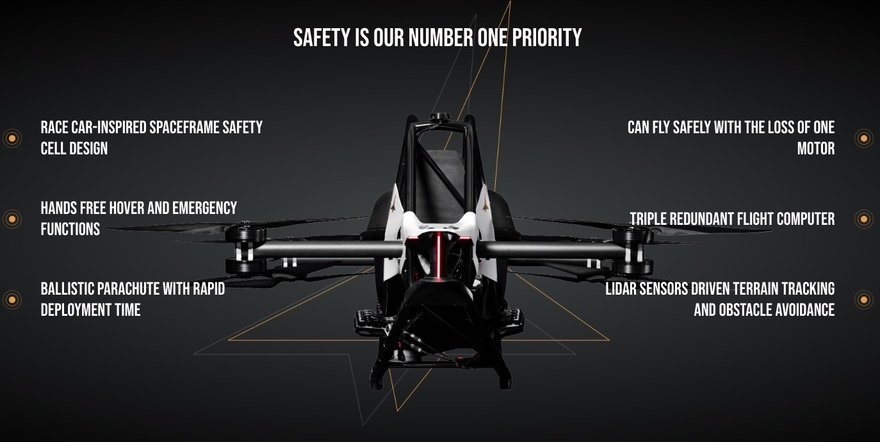 To publicize just how do-able it looks to fly the thing, they've released this video of company founder and inventor Tomasz Patan using a Jetson ONE to commute from his home to the office, almost troublingly close to overhead power lines:

What jumped out at me is that all other VTOL concepts I've seen are squarely aimed at urban markets, with the attendant problems of creating takeoff/landing hubs. In contrast the Jetson ONE really makes sense for rural environments, where there's plenty of space to land and take off. Furthermore, in rural areas wandering roads tend to follow terrain, meaning straight-line travel would confer a gigantic time savings; Patan reports that flying reduces his commute time by 88%.

My wife and I are on 40 acres of countryside, with plenty of room to land one of these. But I have to ask: Even if we had the 100 grand, what would we actually use this for? A 30-minute drive to the nearest Walmart on our meandering roads might be reduced to just a few minutes, with the Jetson ONE's 63mph top speed; but only one of us could go, and it doesn't look like there's a good place to carry groceries back. If one of us sustained an injury on the farm and needed to be rushed to a hospital, we'd need the other to do the flying, and there's no room.

Still, that hasn't stopped 174 people from ponying up, and the list of their order locations (which the company has released here) really drives home how real this is: Customers hail from Alabama, Connecticut, Kansas and Oklahoma, not to mention Japan, Israel, Germany, Switzerland, Canada, Scotland, Sweden, et cetera. It's not clear what the regulations and licensing requirements are in each region—how long does it take to learn how to fly one of these?—but the company writes that "We intend to make everyone a pilot."

If you've got six figures to spare, get yours here.