Microsoft vs. Apple: Guerilla tactics real or not?

According to Apple Insider, Microsoft "is now using a portion of its budget to fuel guerilla retail tactics near the Mac maker's stores." 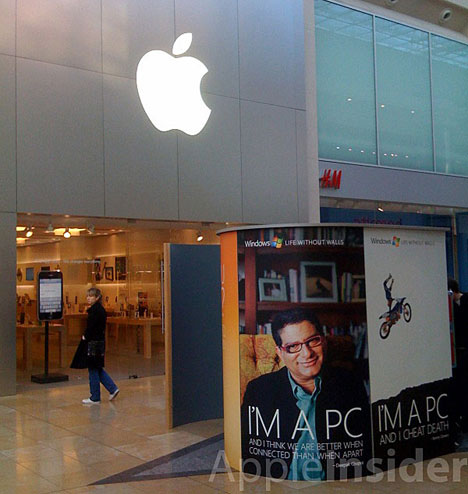 We're not saying the claim is entirely untrue, but look closely at that photo--are we the only ones this looks Photoshopped to? Doesn't the lighting look off? 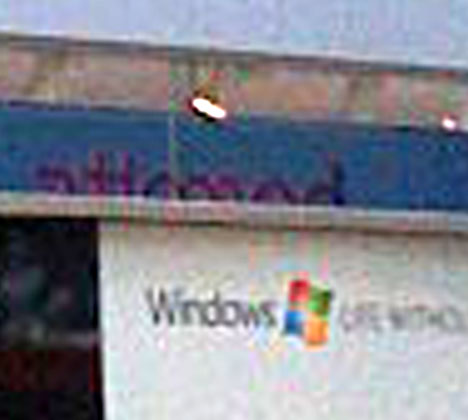 Zooming in and brightening a bit, it looks like the red-lettered sign is somehow showing through the kiosk, which doesn't look like it's supposed to be translucent. Is it just us?

(Our apologies to the original poster if the photo's legit.)

Microsoft vs. Apple: Guerilla tactics real or not?