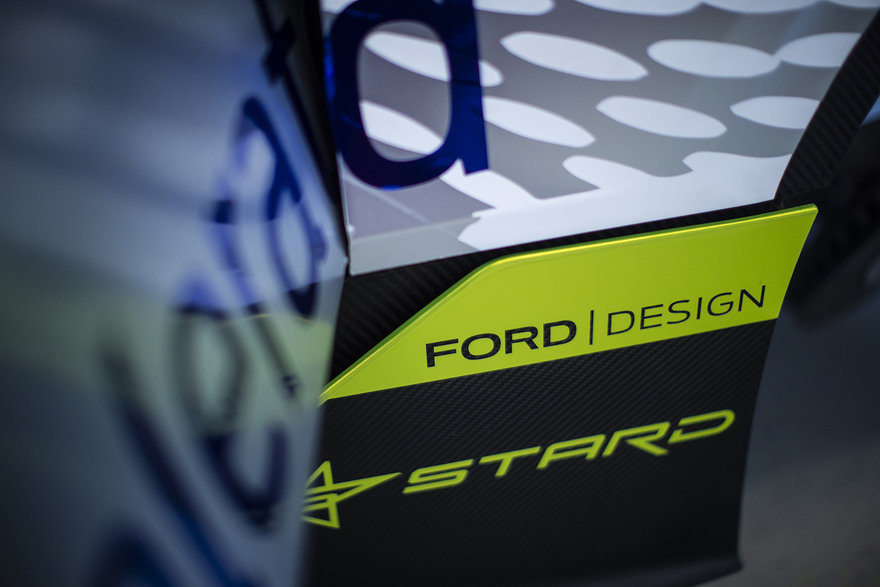 A little background: In 1971, 1984 and 1995 Ford produced promotional "Supervan" vehicles with racecar underpinnings. 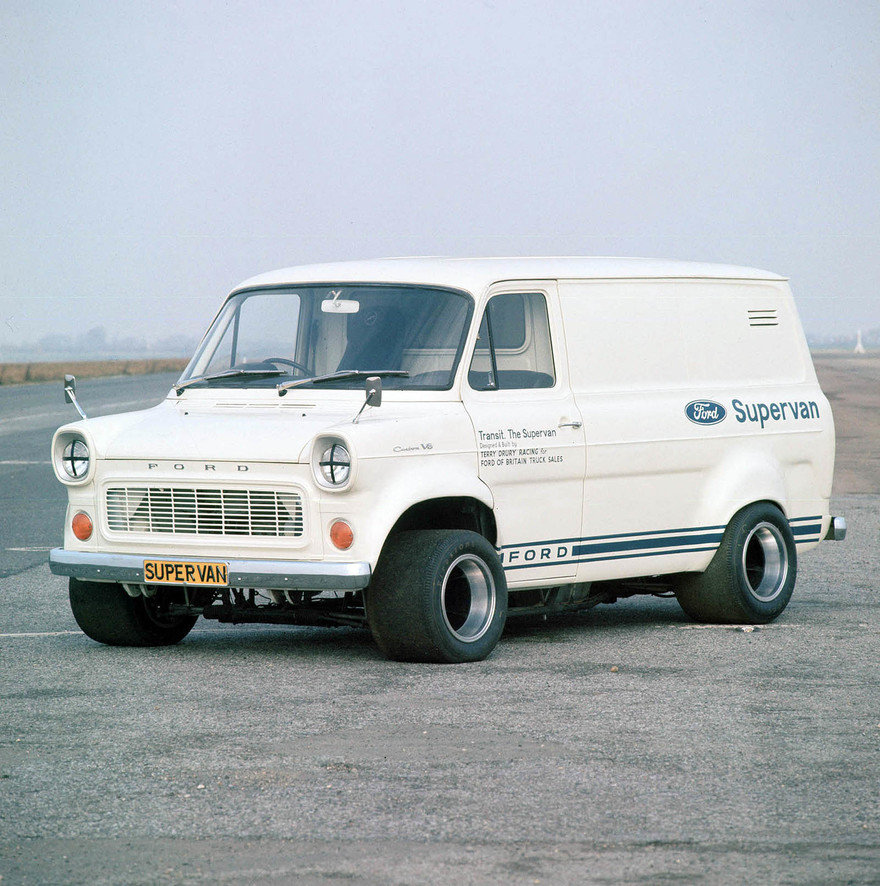 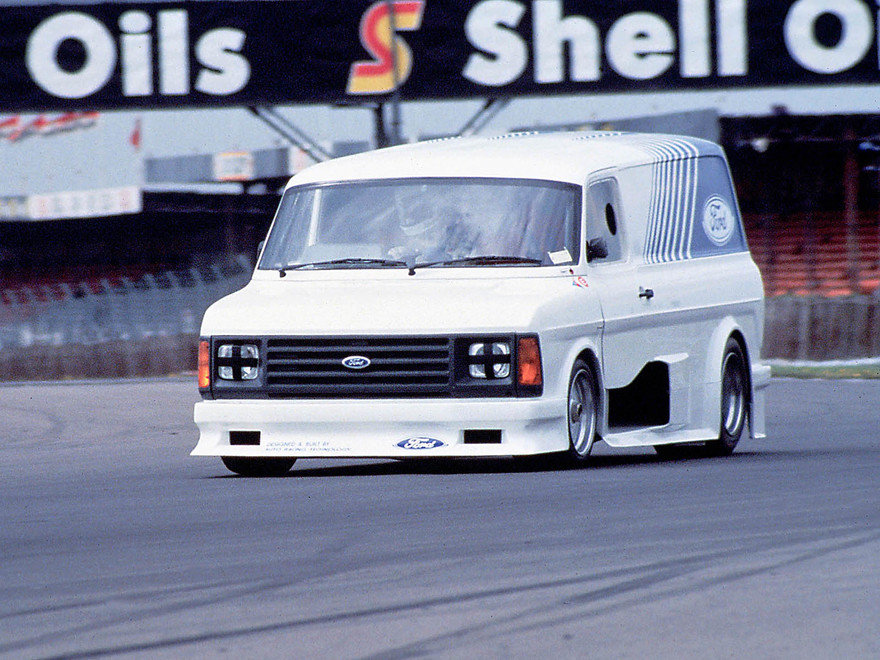 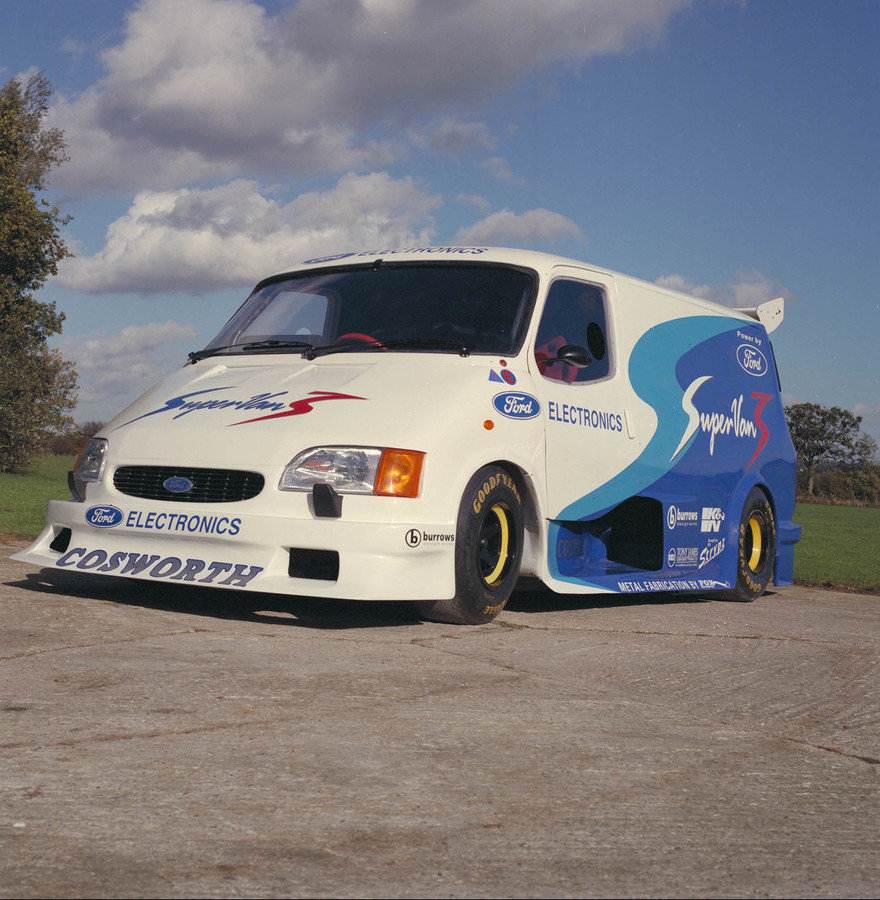 This year they decided to bring it back (and capitalize the V for emphasis). "The fourth chapter of the SuperVan story is designed to be the fastest, most extreme yet while keeping the Transit DNA," says Leenarts, who refers to the new design as "the absolute pinnacle of Transit design language."

Here are the renders: 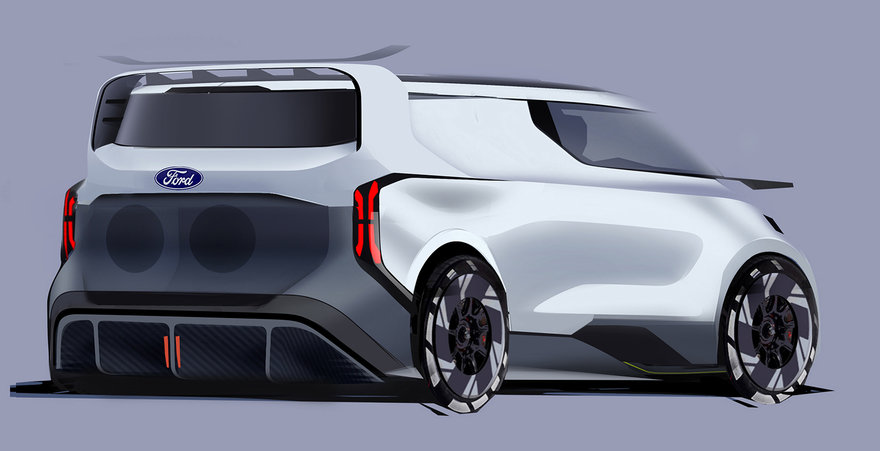 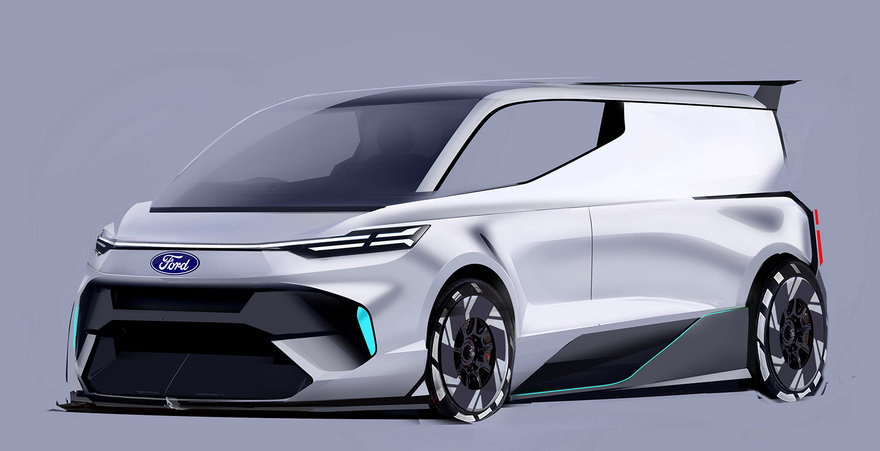 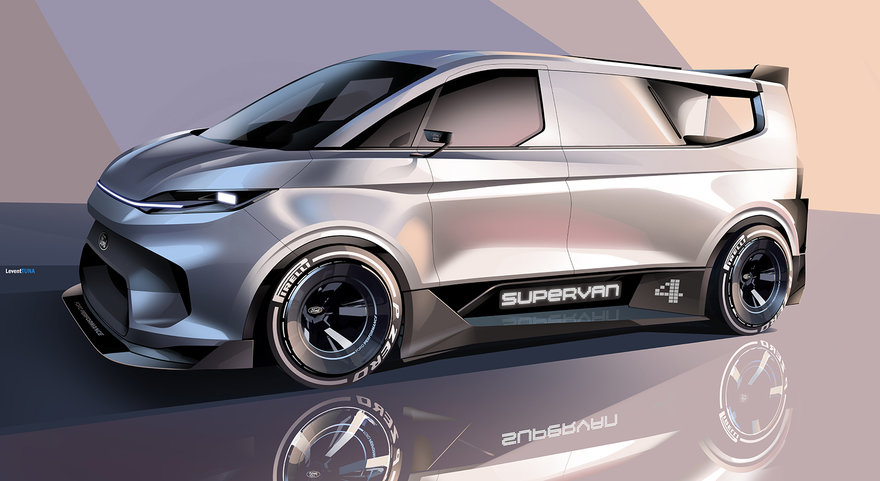 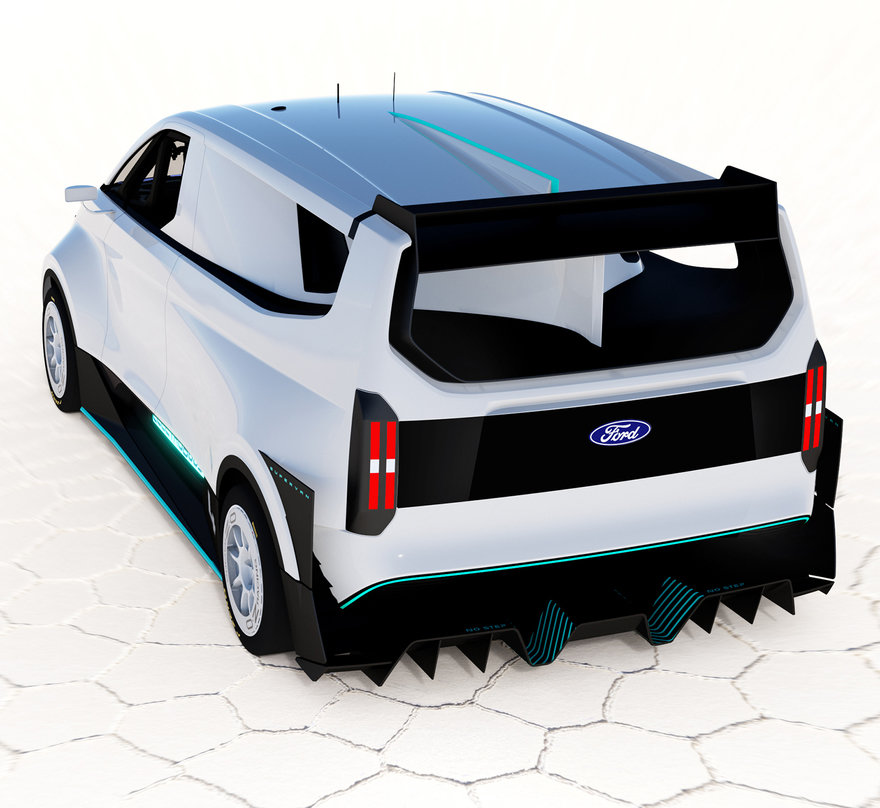 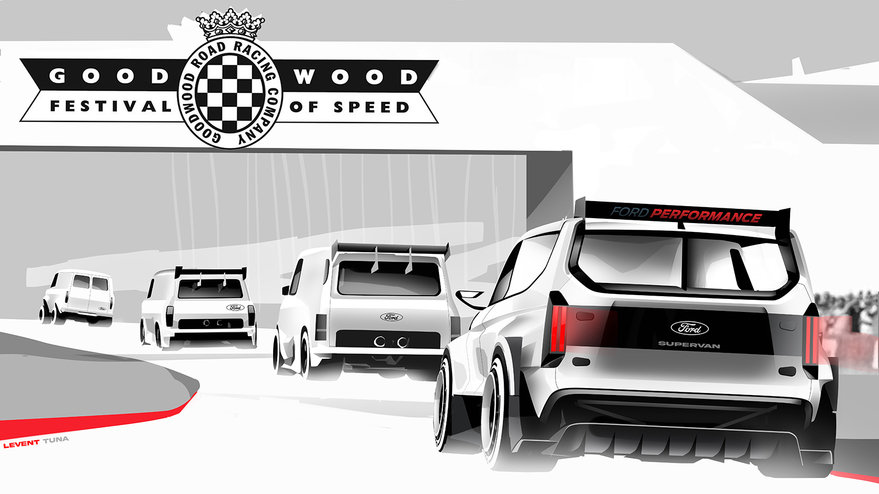 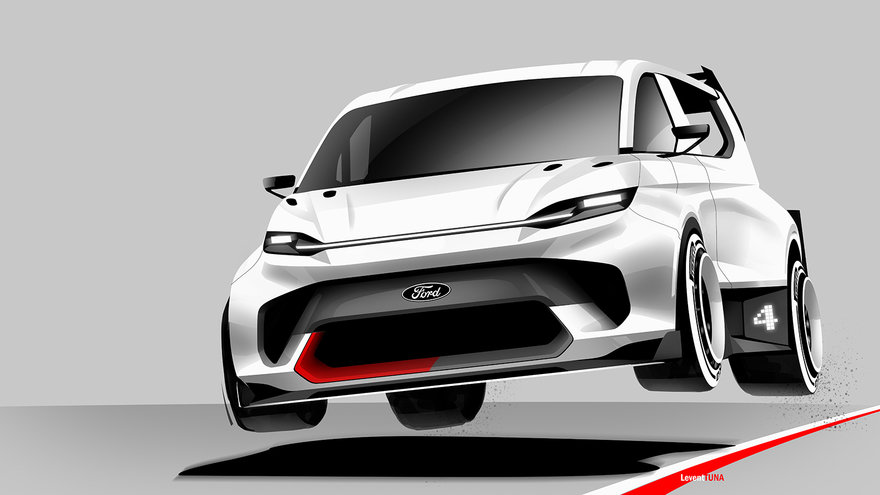 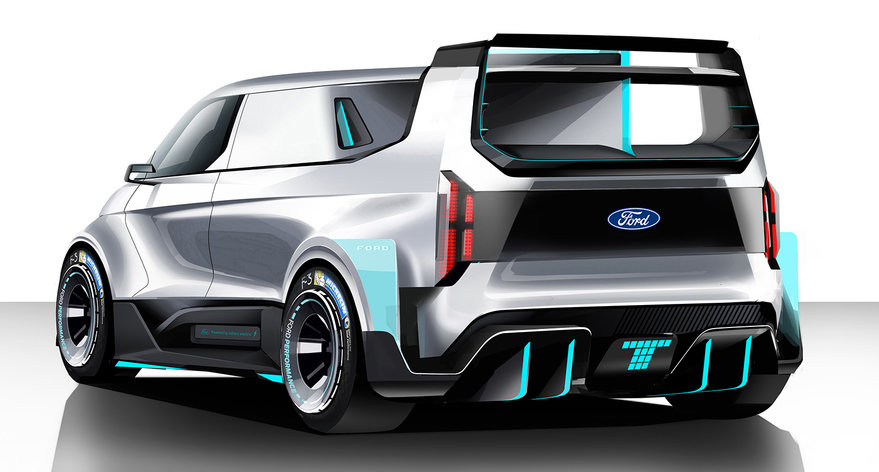 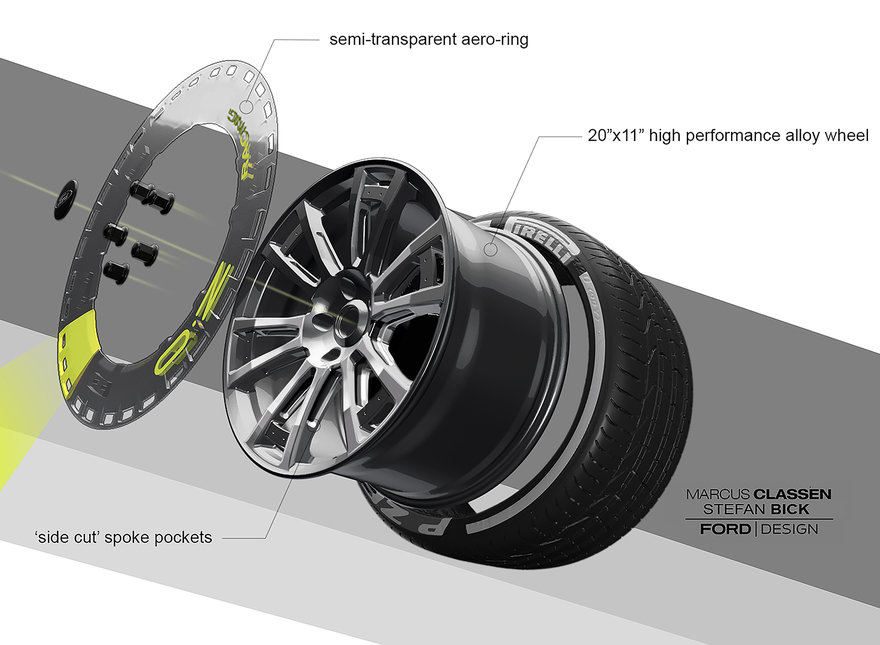 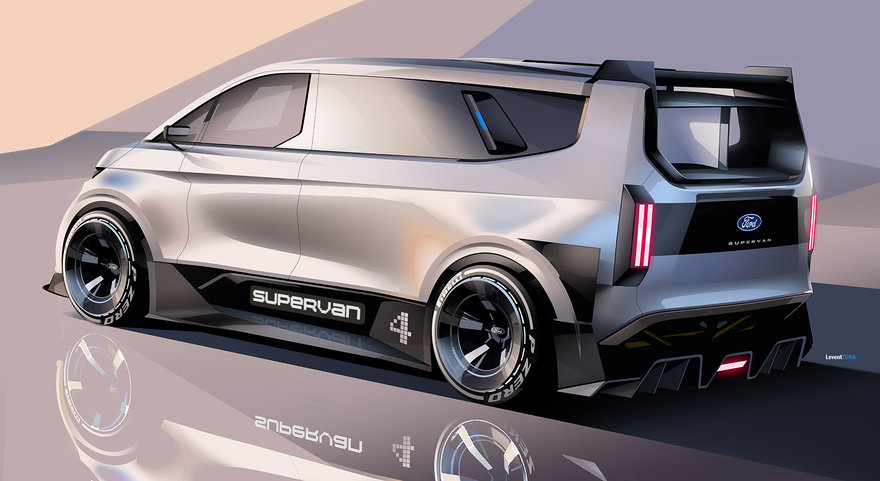 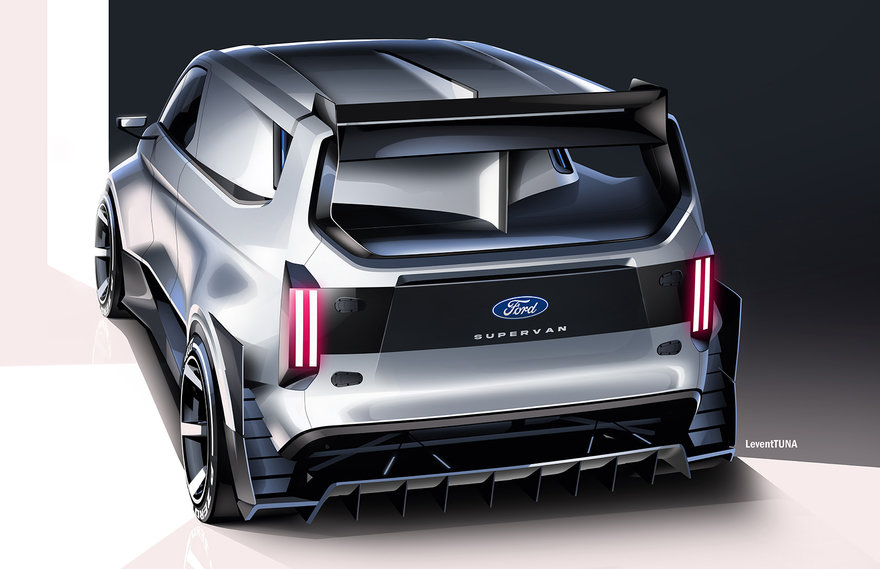 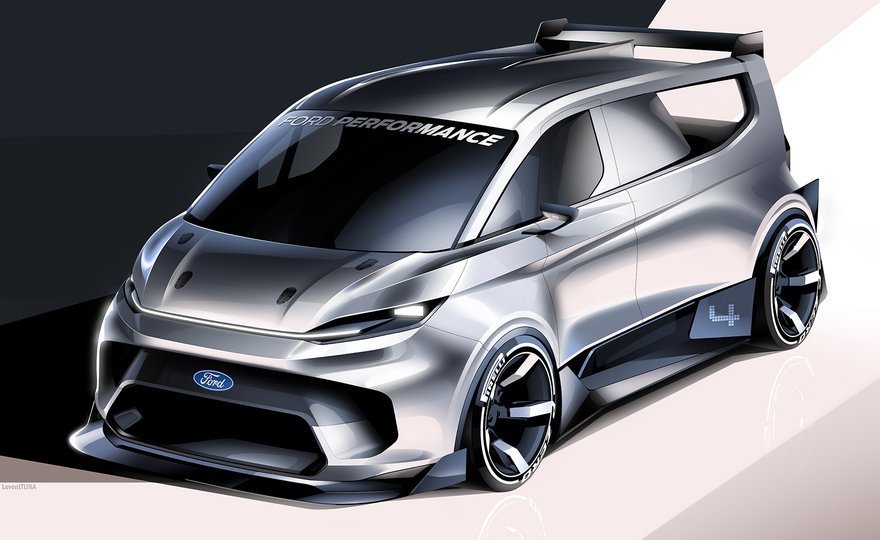 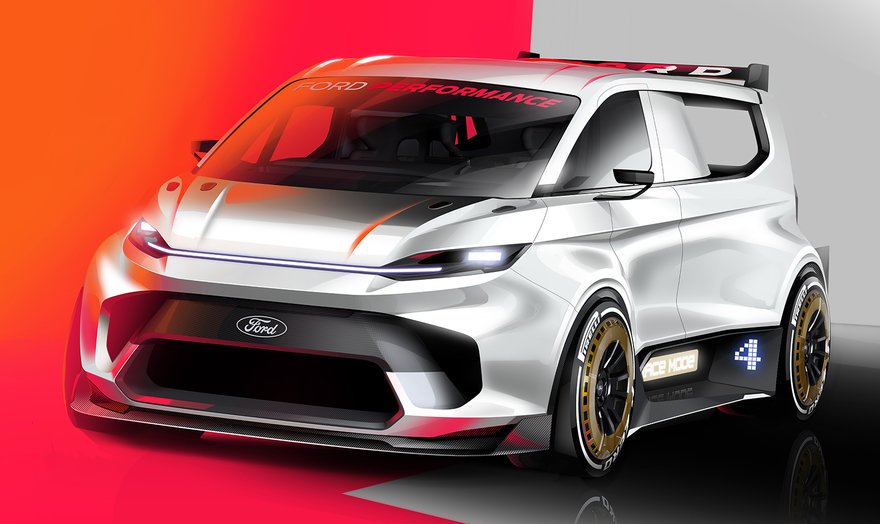 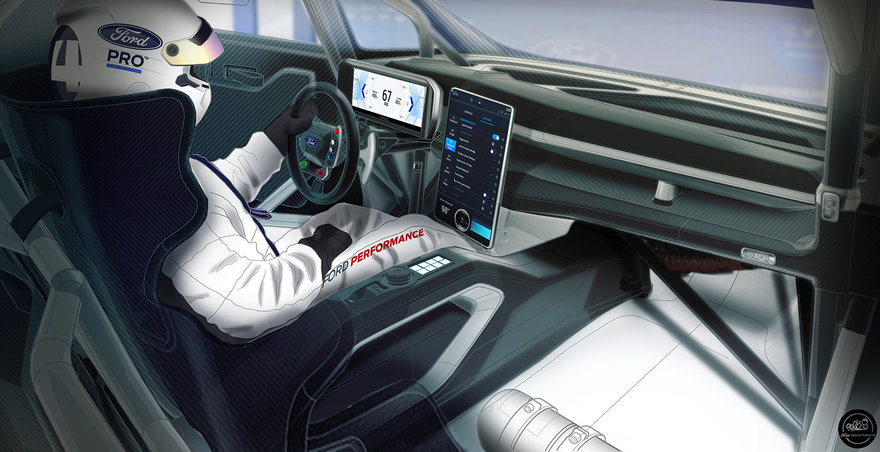 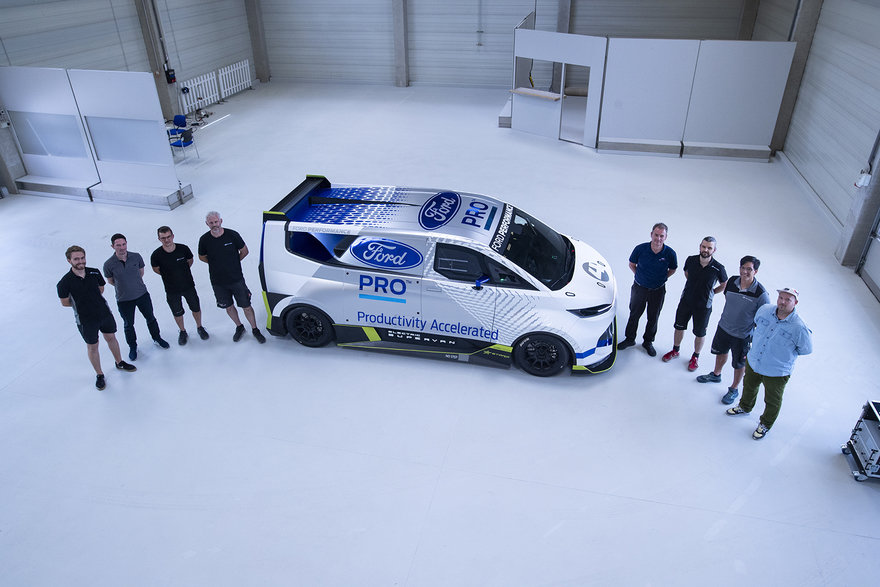 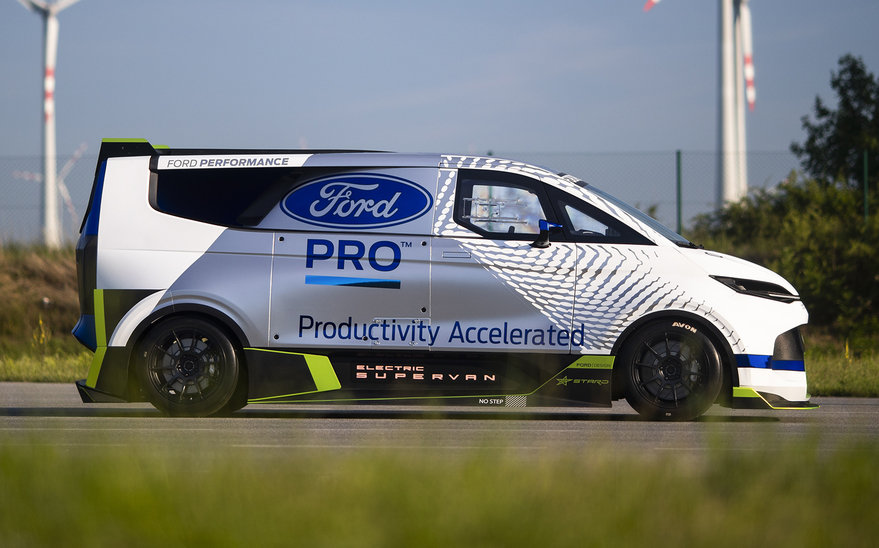 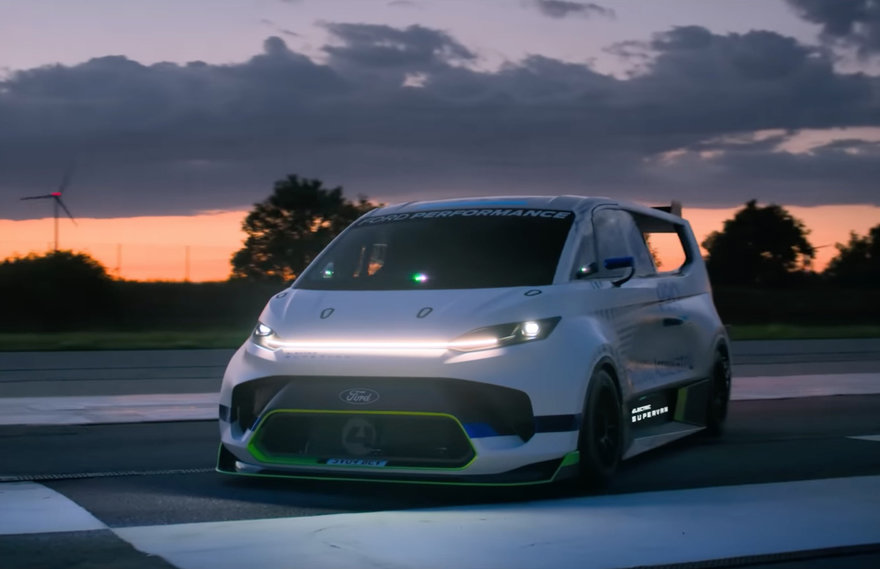 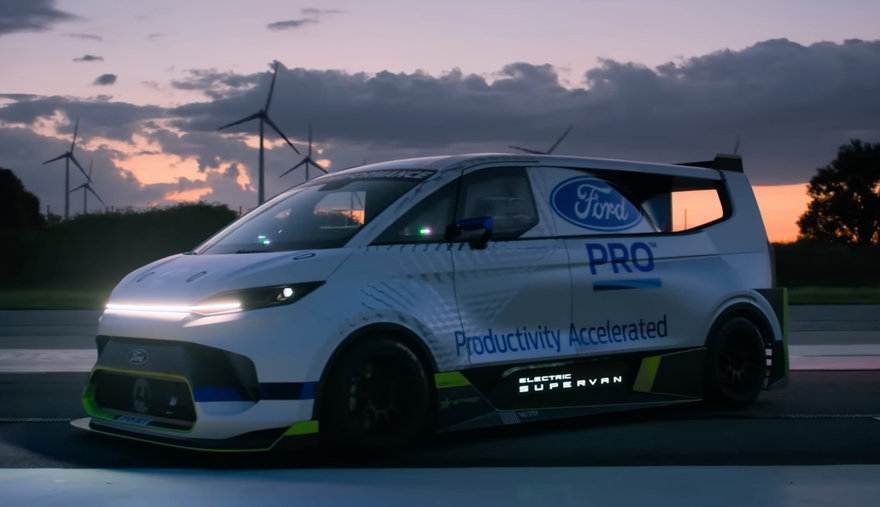 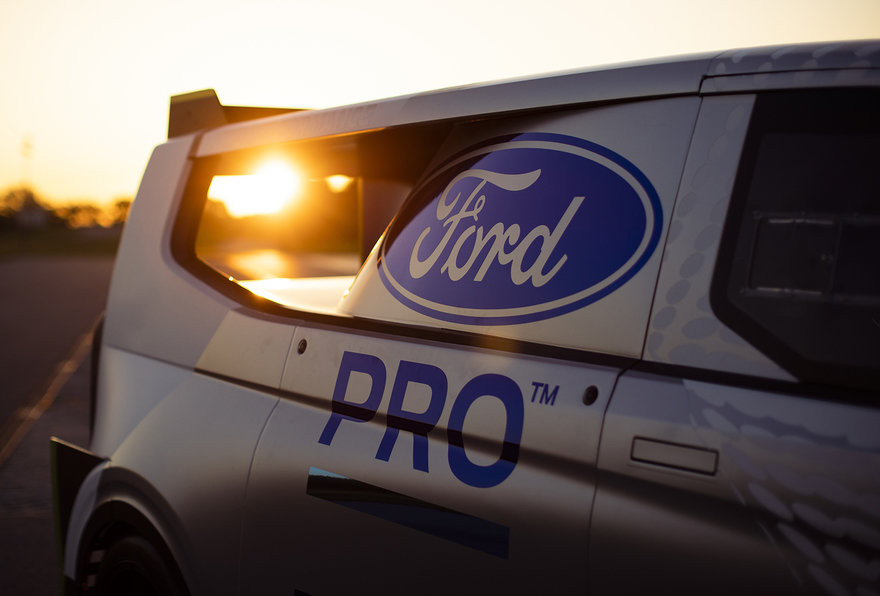 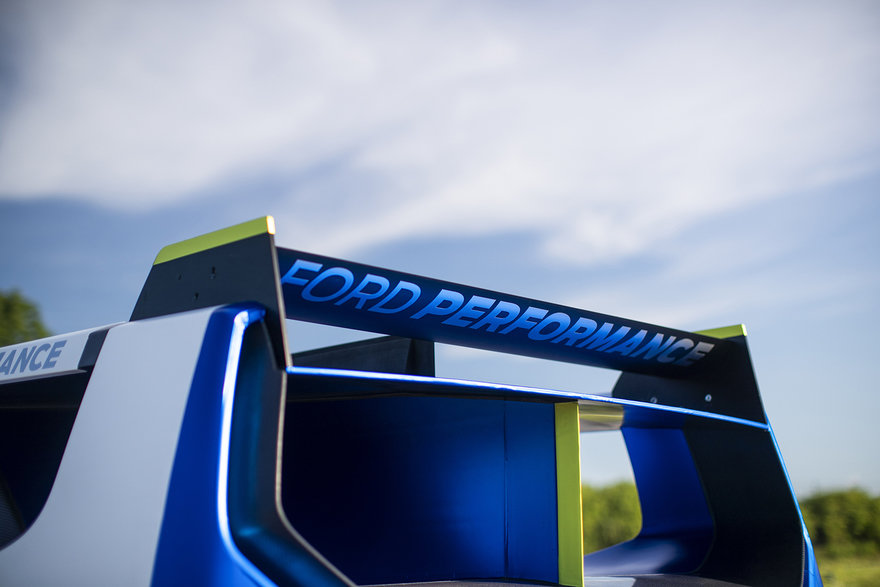 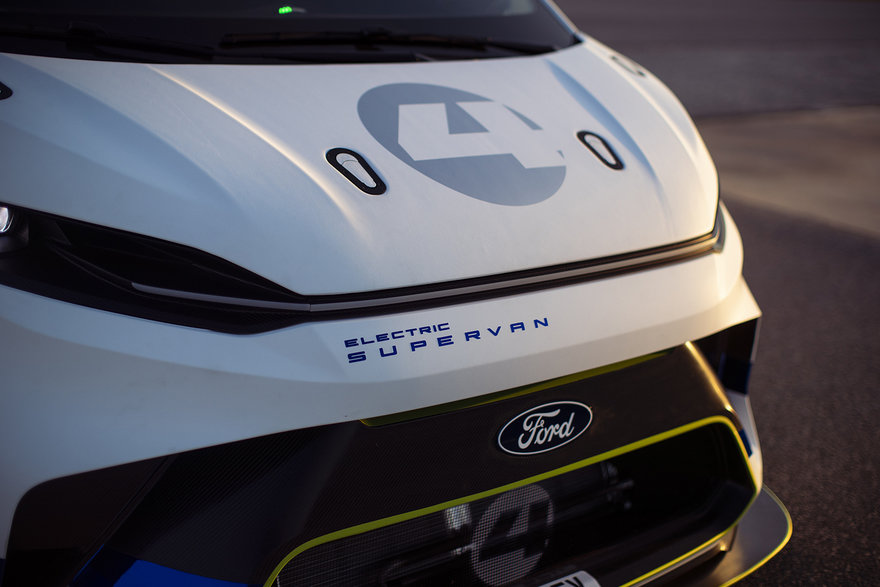 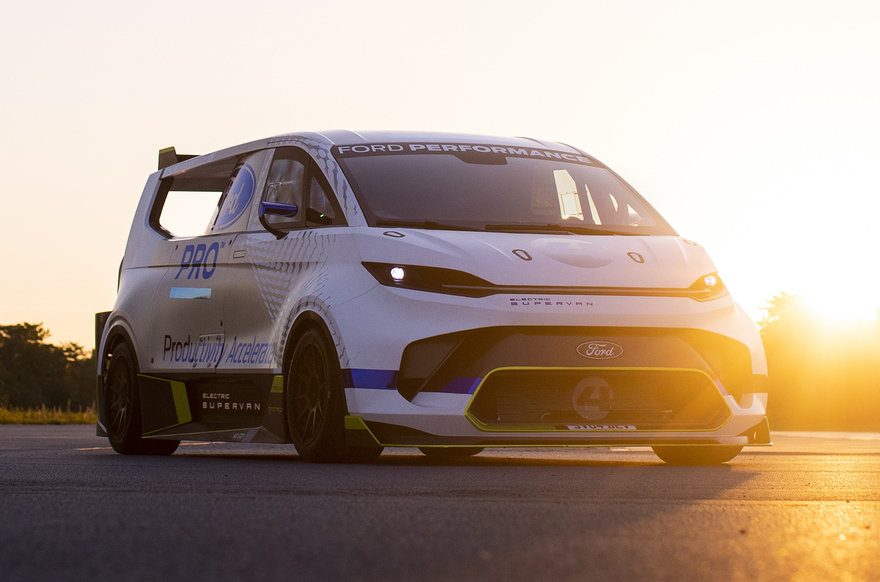 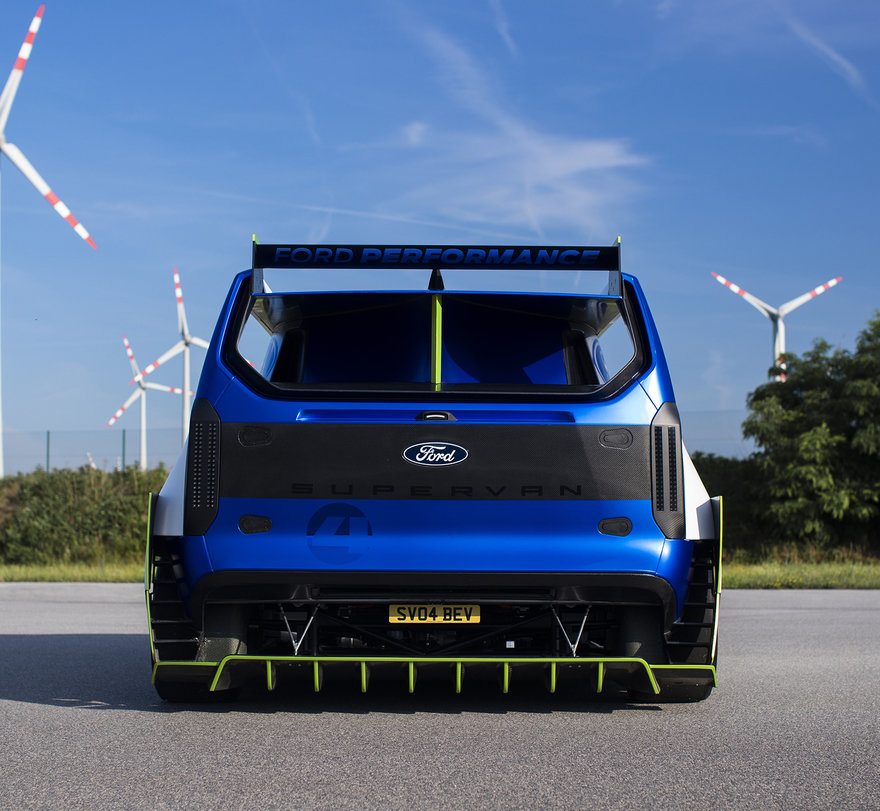 The vehicle debuted this month at the UK's Goodwood Festival of Speed, and Ford refers to it as an "ultra-high-performance" vehicle:

"Four electric motors together deliver approximately 2,000 PS through an all-wheel drive system – enough to propel the incredible van to 100 km/h in under two seconds and making it comfortably the fastest SuperVan ever, as well as the cleanest." 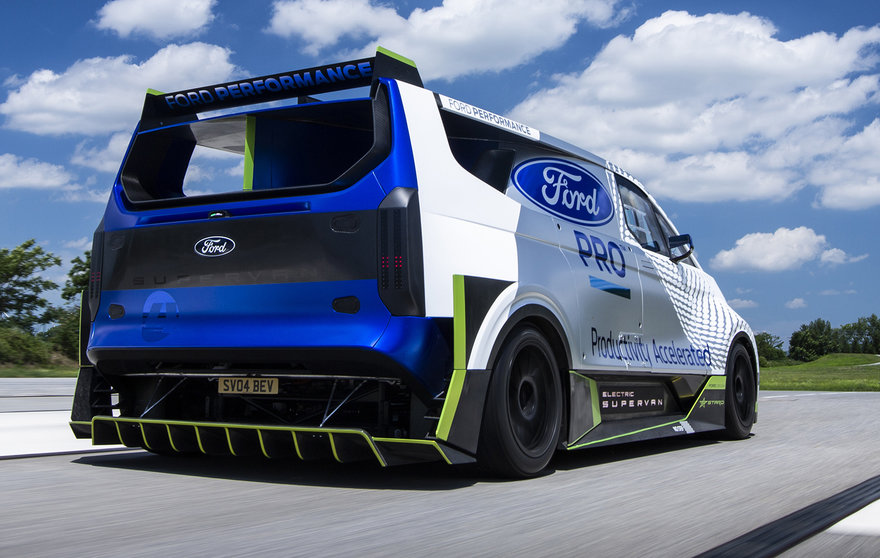 And believe it or not, the thing actually can carry packages:

"Like any good van, the Electric SuperVan features a loadspace behind the driver; a door in the bodyside makes loading and unloading cargo easy, and Ford is developing a secure electromagnetic release system controlled via the SYNC screen."

Too bad they don't show the cargo space in the video: